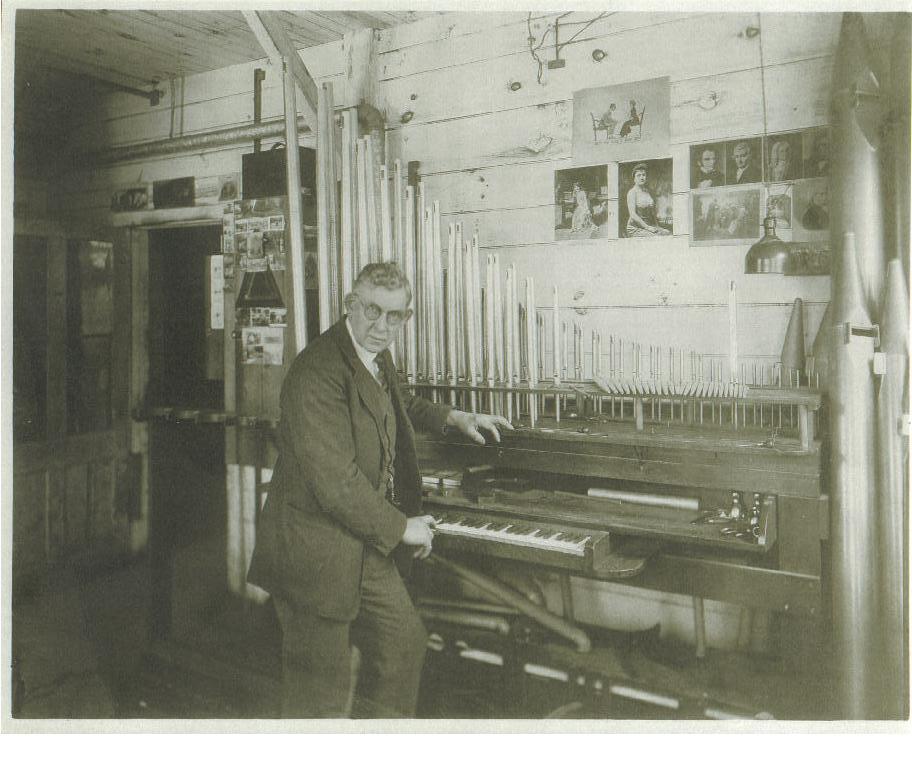 NOTE: For information on Haskell bass (method of shortening bass pipes), see William E. Haskell. We received the most recent update for this note from Database Manager on September 07, 2019.

Charles Eugene Haskell was born 13 Oct 1878 in Somerville, Massachusetts; he was the son of Charles S. Haskell, and the brother of William E. Haskell. He died 1 May 1946, Houston, Texas,United States at age 67.

The Haskells moved to Philadelphia, Pennsylvania, in 1880 when Charles S. took a position with a branch of the Roosevelt firm. The elder Haskell established his own firm in Philadelphia in 1888. Charles E. was with his father's firm (C. S. Haskell); and succeeded his father, c. 1903. The Haskell firm went bankrupt in 1923 and was acquired by William A. Loveland, with Charles E. Haskell as head until c.1927. Haskell left Loveland and joined the Estey firm of Brattleboro, Vermont, c.1927; the following year he was with the Geneva firm of Geneva, Illinois, 1928, as superintendent.

We received the most recent update for this note from Paul R. Marchesano on August 24, 2021.

This builder has been viewed 894 times.