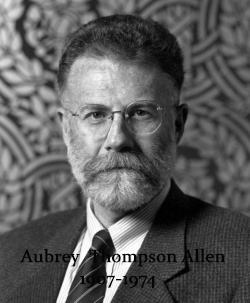 portrait: Photograph from an archival source: callahan, submitted by organ cow. Taken on 1940-01-01

He left Willis and England in 1949, immigrating to the United States. He began with the Aeolian-Skinner firm of Boston, Massachusetts, 1949, as an assistant to G. Donald Harrison; he established his own firm in New Haven, Connecticut; he was with Yale University of New Haven, Connecticut, 1951, as curator of organs; the firm he established was continued by his son, Nicholas Thompson-Allen and Joseph F. Dzeda.

We received the most recent update for this note from Database Manager on October 02, 2019.

This builder has been viewed 396 times.