From the NYC AGO NYC Organ Project: The Protestant Episcopal Church of the Holy Trinity in Brooklyn Heights was designed by Minard Lafever (1798-1854) and completed in 1848. Lafever's design is considered one of the finest masterpieces of the Gothic Revival style in America. The church's elaborate interior features a soaring nave highlighted by lierne vaulting which employs wood-frame plaster vaults. More than 7000 square feet of stained glass by William Jay Bolton depict the "Jesse Tree" of Christ’s ancestry; this astounding collection is perhaps the most significant early American stained glass installation. Bolton’s organ loft window is on permanent exhibition in the American Wing of the Metropolitan Museum of Art.

A clash between the bishop and rival factions within the parish led to the closure and dissolution, in 1959, of Holy Trinity Church. In 1969, St. Ann's Church, faced with a crumbling building only a few blocks away, moved into the former Holy Trinity Church, resulting in the present name of St. Ann and the Holy Trinity. At this time, the E.M. Skinner organ was modified, and a new five-manual console was installed with Virgil Fox as the consultant. In 1979, the New York Landmarks Conservancy intervened to save the aging church and stained glass, and in 1983 the St. Ann Center for Restoration and the Arts was founded. The center’s record of success included the restoration of the chancel window, 64 stained glass windows by William Bolton in the nave (considered the earliest of their type in America), and the exterior fence. With support from World Monuments Fund, a conditions survey was carried out and matching funds were made available from the New York State Bond Act to restore the roof. Today the church is open for services and restoration efforts are moving ahead. St Ann's is also seeking to make the property more self-sustaining through the sensitive development of its adjacent Parish Hall.

In 1968, the Skinner organ was altered and enlarged by Tom Farrell of Brooklyn. A new five-manual drawknob console was built by the Keates-Geissler Pipe Organ Company of Acton, Ontario, Canada, and installed in 1970. The Keates console had drawknobs that were engraved with an Old English font, and included preparations for many additions. Since that time, the organ has undergone extensive physical and tonal restorative work as funding allowed. Stops that had been loudened were returned to their original volume. In 2003, the Solo division was completely restored and the Tuba Mirabilis, which had been moved to a horizontal position atop the Solo box, was repaired and returned to its original location. The console was rebuilt by John Randolph in 2005, and the Swell reeds were restored by Chris Broome in 2010. The Organ Historical Society awarded its distinguished Historical Citation No. 240 in recognition of the Skinner Organ as an outstanding example of organbuilding and worthy of preservation.

From Allen Kinzey: Open In New Tab Typed stoplist
We received the most recent update for this stoplist from Database Manager on April 09, 2020. 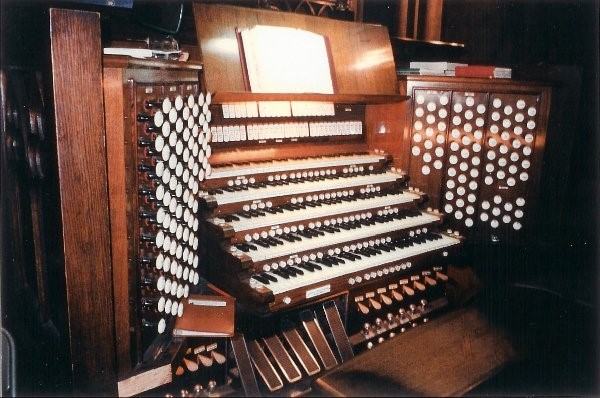 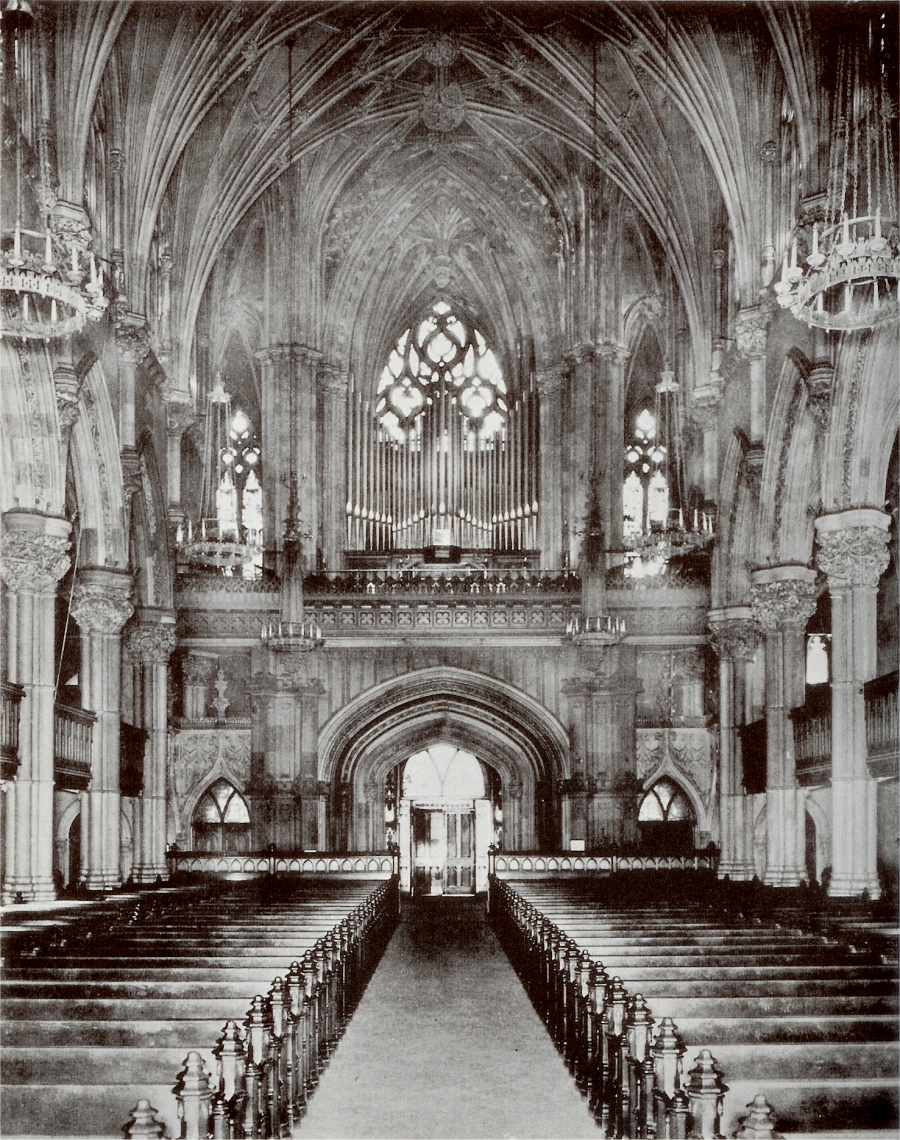 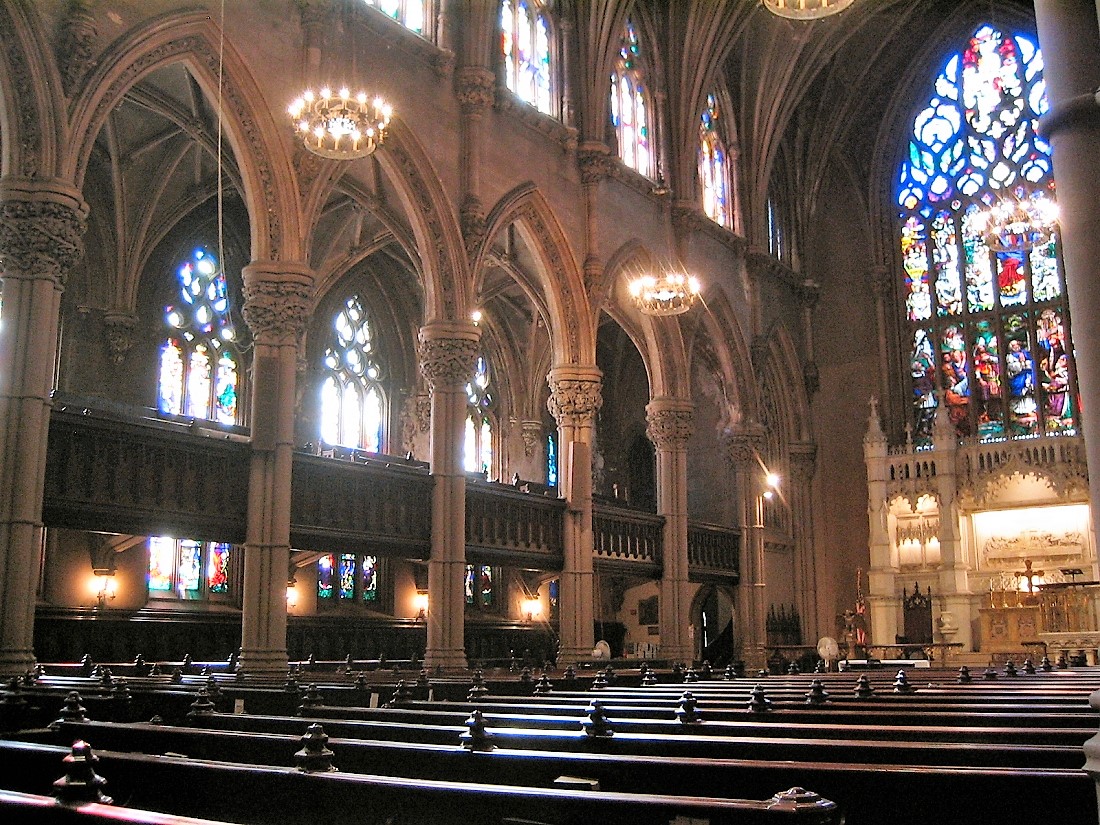 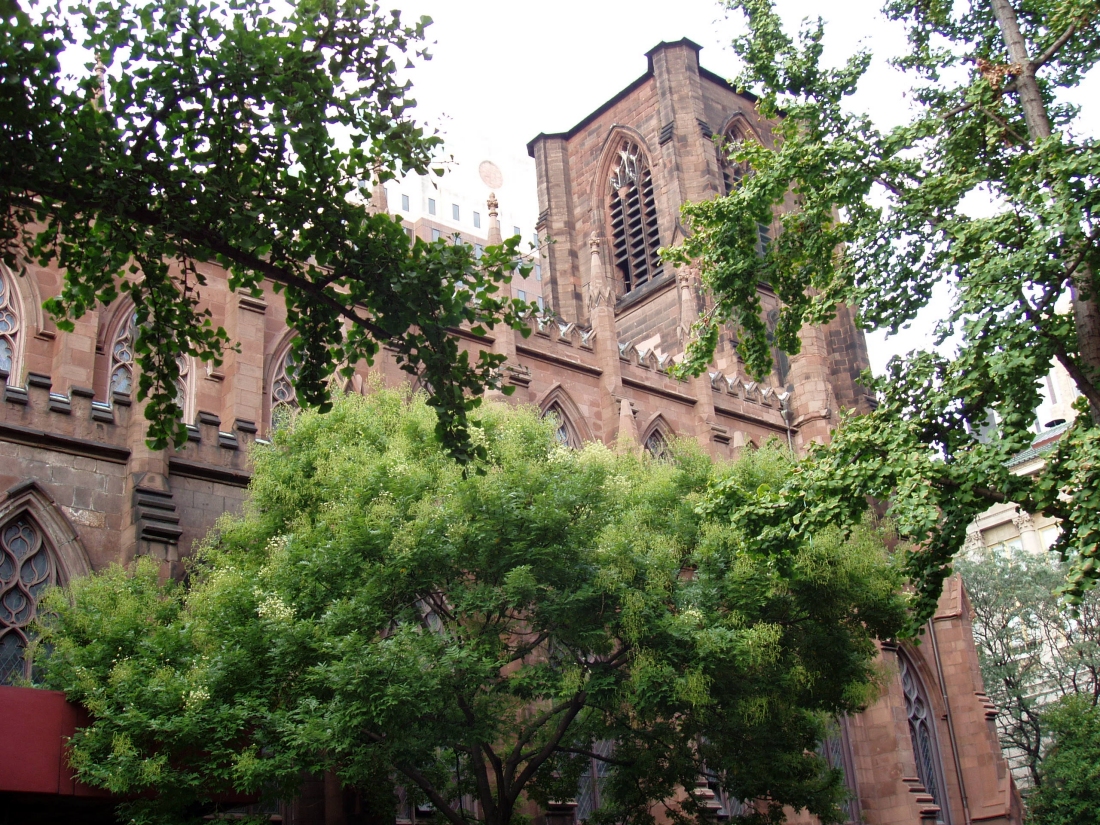 Church exterior: Photograph by Steven E. Lawson via the NYC AGO Organ Project, submitted by Jeff Scofield. Taken on 2010-09-09

This instrument has been viewed 960 times.