Updated through online information from Randall S. Dyer. -- The last stop on the coupler (lower) row of stops is engraved "Roof Garden Expression". Had the organ been installed in West Palm Beach, there was reported to to have been an elevated patio near the Echo chamber, used for teas and wedding receptions, and engaging this stop would allow the organist to entertain those gathered there.

Updated through online information from Randall Dyer. -- This instrument was originally built in 1926 for the First Methodist Church of West Palm Beach, Florida. Popular lore in Knoxville was that the Pilcher firm reclaimed the organ from its storage place in the basement of the church after the church was unable to make the remaining payments, due to the economic conditions of the times. Others have stated that it never left the Louisville factory.
Regardless, when Church Street Methodist Church's building on Church Avenue in Knoxville, burned in February of 1928, and a new site was selected at the corner of Henley and Main for a magnificent new building, the Pilchers wasted no time in sending a letter to Church Street offering the Palm Beach organ at a discounted figure of $17,500 (formerly $29,500) and available for immediate installation.
The organ was installed in 1931 in a large chamber to the left of the chancel and above the heads of the choir. The Echo organ was installed in a chamber at the rear, near the ceiling of the room, in the bell tower.
At the time of its installation, it was the largest organ in Knoxville, and remained so for many years. Unfortunately, it was not mechanically reliable, and the church's archives contain several pointed letters between the parties.
It was removed in the summer of 1965 by J.C. Young, of Brooklyn, and Randall Dyer, to make way for the church's new Aeolian-Skinner organ, installed in 1966. The work was done under the auspices of James Barnett, for installation in an Episcopal church in Albany, GA. The author returned to school in the fall, having helped through the setting of chests in the new location, but never saw the completed organ in Albany. It is not believed to exist at this time.
The instrument contained a number of very distinguished Gottfried reeds, including the Orchestral Oboe, English Horn, French Horn, Tuba Sonora and Clarinet stops.
Five ranks of the Pilcher organ were salvaged for use in the new Aeolian-Skinner instrument, including the Pedal 16' Wood Open (became the 32' Bourdon), the Pedal 16' Bourdon (Subbass), the Swell 16' Bourdon from 8' C (Still Gedackt), the Great 16' Double Open (16' Contrabass), and the Choir 8' Spitz Flute. All retained stops were used in the Pedal department, and remain in use to date. The leather in the original Pilcher chests was not replaced at the time of the Aeolian-Skinner installation, and remained functional even at the time of the Aeolian-Skinner's rebuild by Randall Dyer & Associates, in 2006, at which time it was replaced.

Updated through online information from Jeff Scofield. -- Originally contracted by First Methodist Church, West Palm Beach, for $29,500; Depression woes just prior to installation resulted in organ being delivered to Church St., instead, at a price of $17,500; installed in a deep chamber on the south side of the chancel of the large Gothic nave; the fourth manual was an Echo division located at the peak of the rear wall. The Pilcher was replaced in 1964 by Aeolian-Skinner 3/49 Op. 1454.

Identified through information in Volume VI p. 266 of the Pilcher factory ledger and the list of Pilcher organs typed by William E. Pilcher of Louisville. For more information see the document referenced below.

Source not recorded: Open In New Tab Stoplist from factory documents and console
We received the most recent update for this stoplist from Database Manager on April 09, 2020.

Pilcher Organs: Open In New Tab Summary of Pilcher Sources by Soosie Schmitt
Document created on 2005-04-05
We received the most recent update for this document from Database Manager on April 09, 2020. 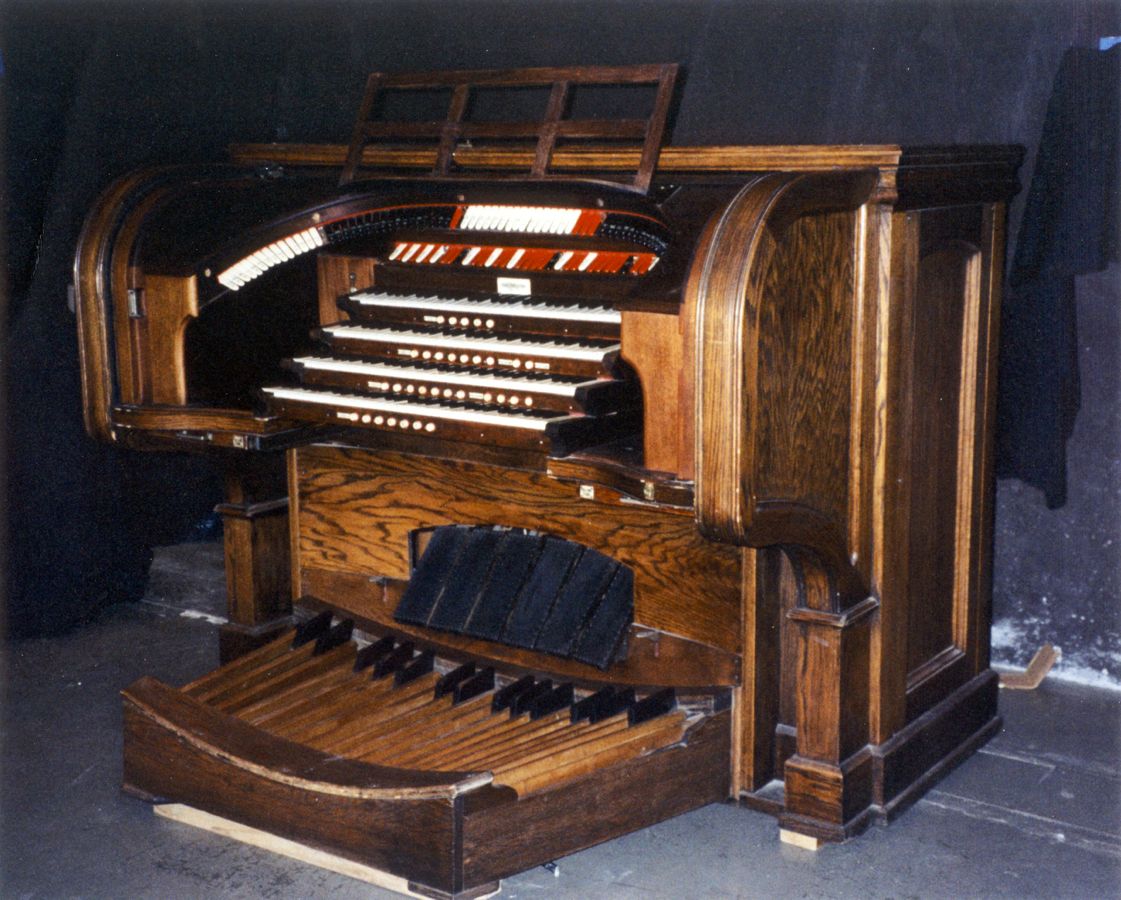 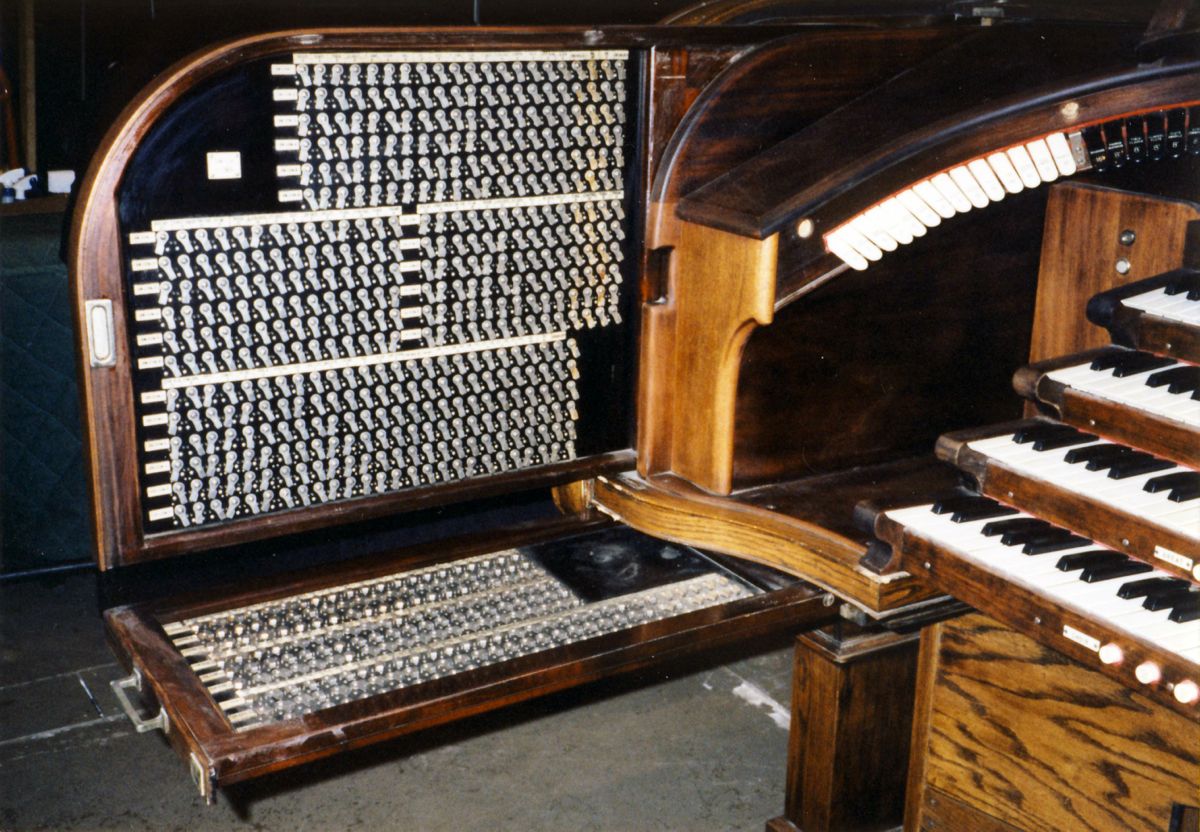 Console and Setterboard: Photograph by David Bottom. Taken on 1996-03-21 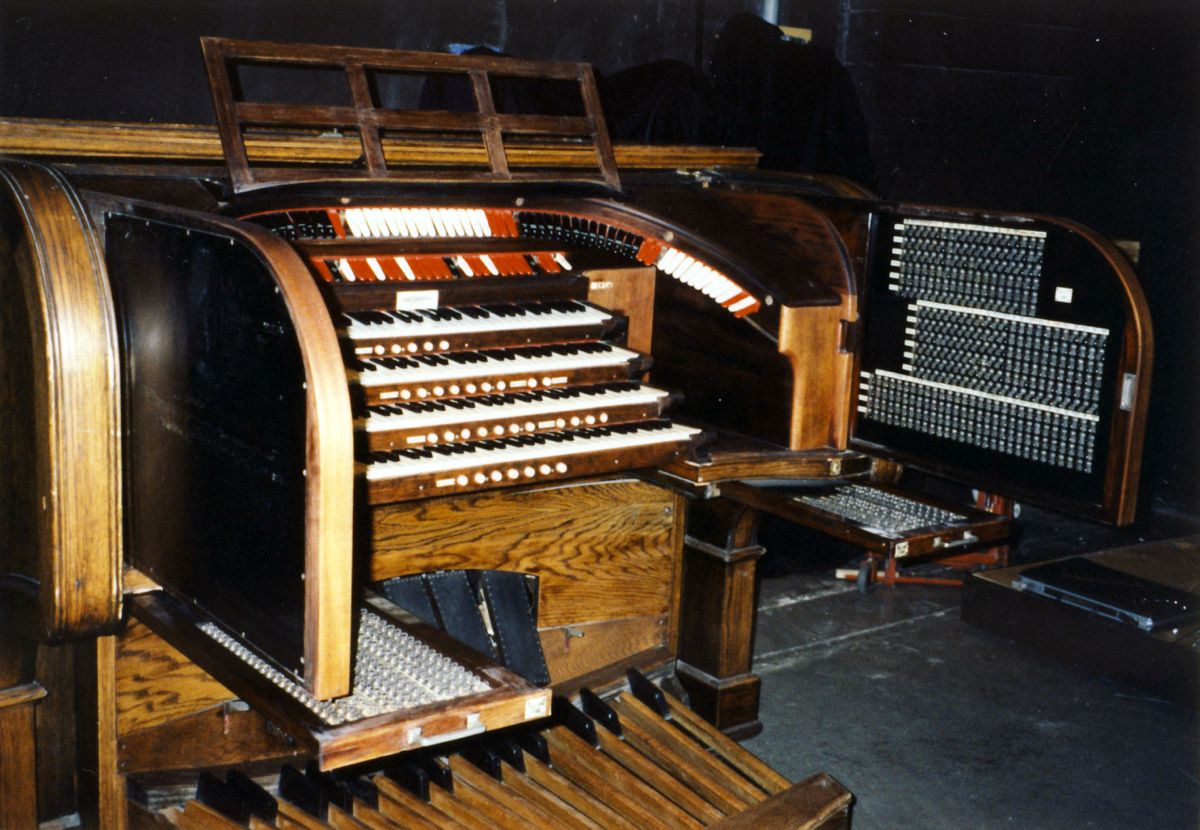 Console and Setterboards: Photograph by David Bottom. Taken on 1996-03-21 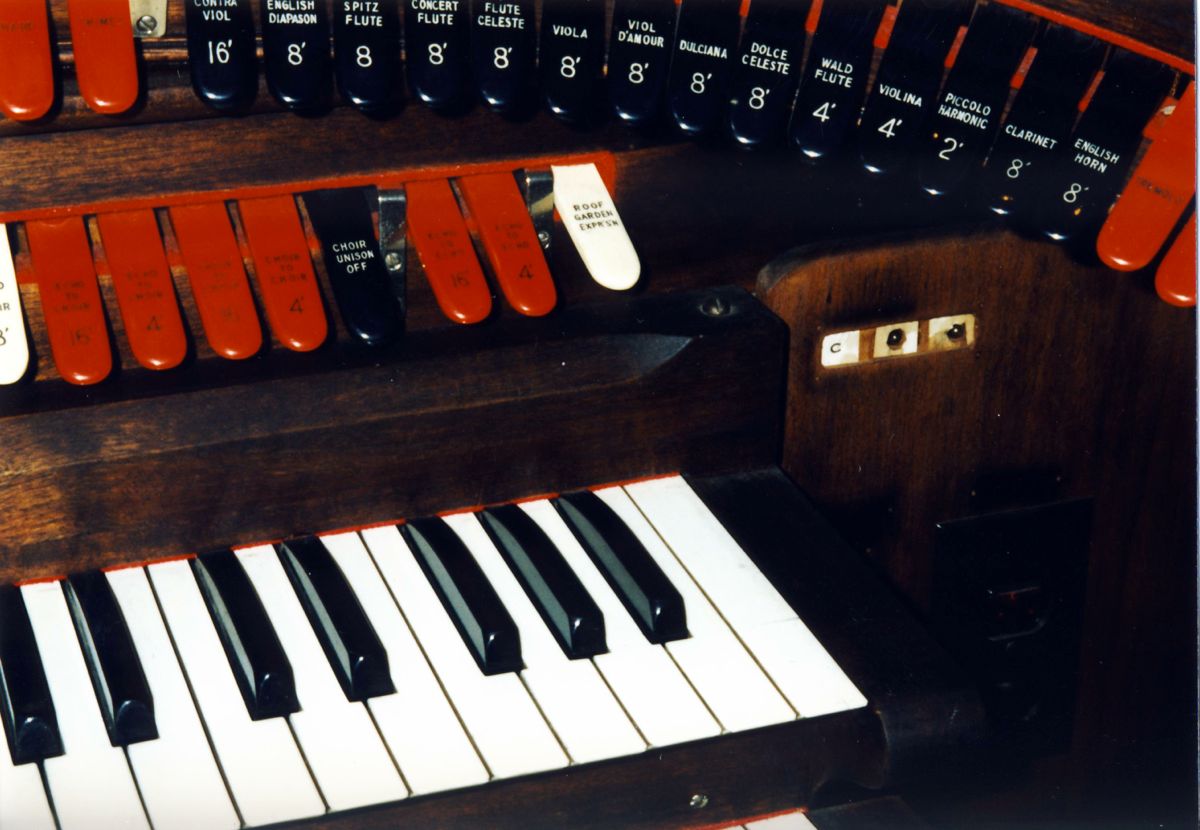 Pipe Organs in Tennessee sponsored by:

This instrument has been viewed 645 times.