Identified through on-line information from James R. Stettner. -- The original builder was M. P. Möller, originally installed in First Lutheran in Glasgow. It was damaged in a ca. 1975 fire which destroyed the case. The Möller was acquired by local dentist, Dr. Joseph Nass for installation in his home, but the installation was never fully completed. He donated the organ in 1976 to St. Raphael's RC Church in Glasgow where it was rebuilt with two ranks added and installed by Harold B. Curryer of Spokane, Washington. The added ranks are an 8' Erzähler and tc 8' Erzähler Celeste. The original case had been destroyed in the fire, so the organ is entirely exposed on the left wall at the edge of the chancel steps. The console was modified by sawing-off the rolltop overlength and keydesk and removing the rolltop. The console looks rather Holtkamp-esque. The Erzahler was added on the Great, but the celeste on the Swell. Whenever the celeste is registered, it makes both ranks play on both manual at the same time! 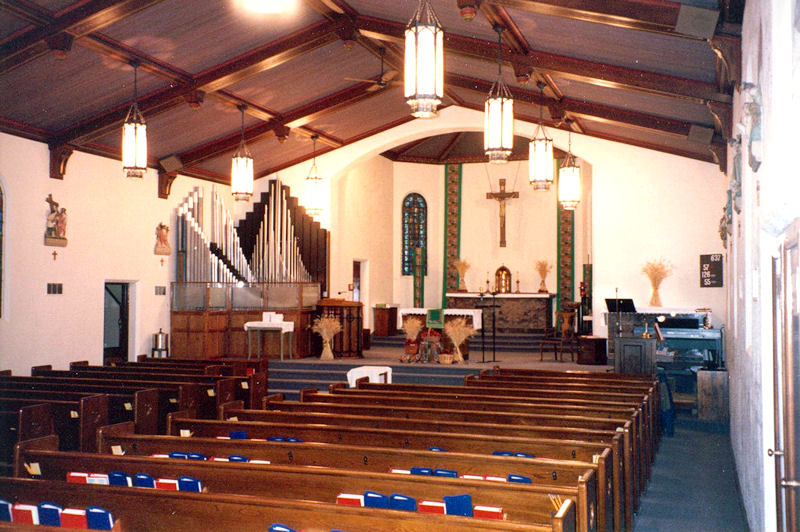 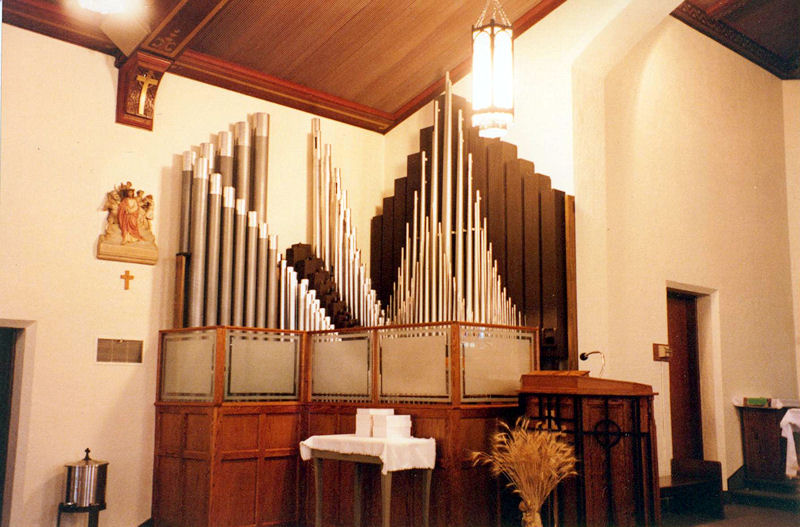 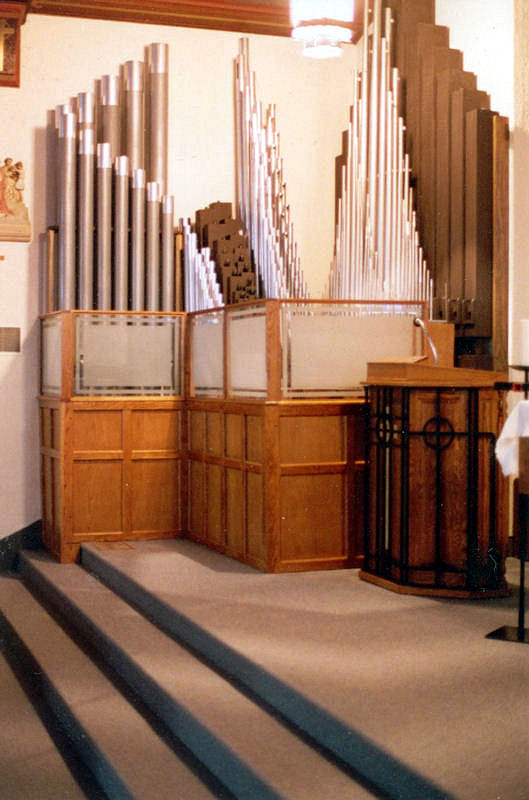 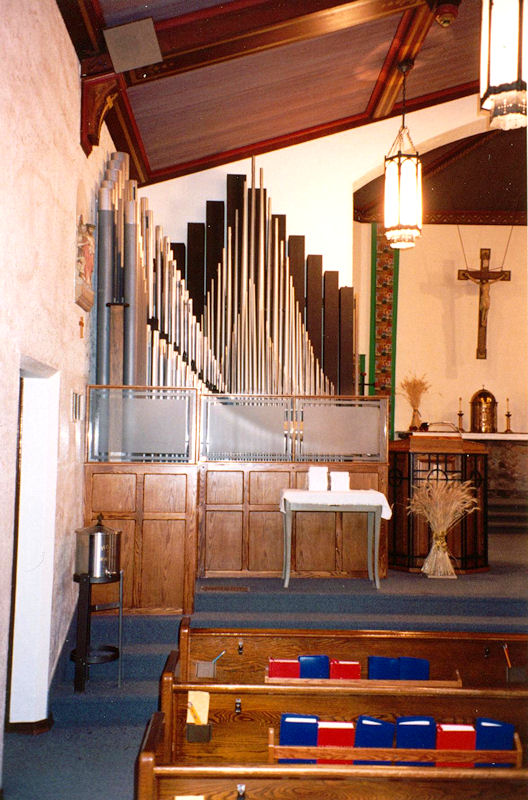 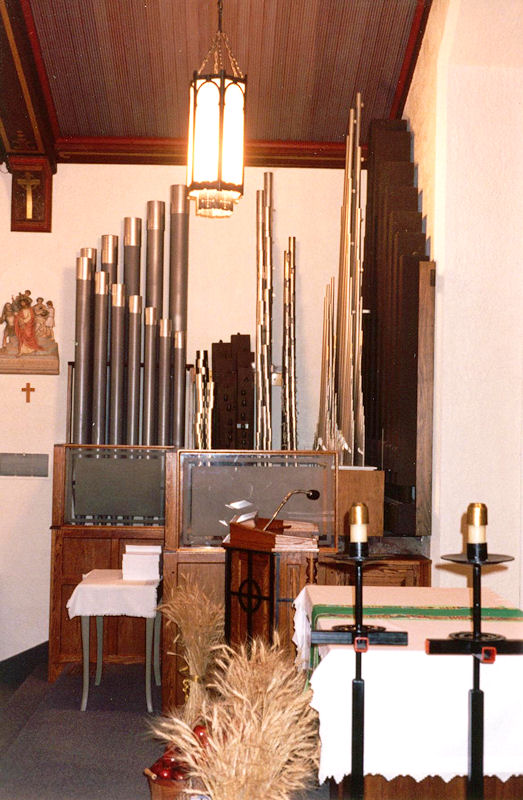 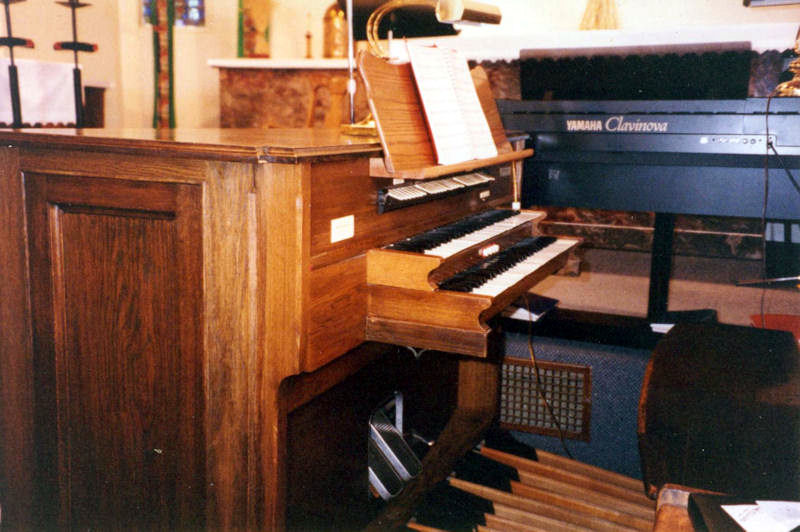 This instrument has been viewed 116 times.