Updated through online information from James R. Stettner. -- The original Balcom and Vaughan made for Sandy Balcom's residence was moved to the chapel at University Temple United Methodist Church in Seattle in 1956 by Balcom and Vaughan. It was installed in Issaquah by the Pipe Organ foundation in 2002 with one rank added: a 4' Octave. In that original installation, the organ was in a chamber at the right end of the sanctuary with the console in fixed position at the right as well. In the Fall of 2005, the Pipe organ Foundation moved the organ to the new church on essentially the same site. No tonal or mechanical changes were made a that time. The organ has since been replaced with another instrument installed by the Pipe Organ Foundation, and retaining two of the former ranks (Diapason and Clarinet) and the 16' Lieblich Gedeckt extension.

Identified through online information from James R. Stettner. -- This organ is a conglomerate instrument assembled by C.M. "Sandy" Balcom for his Seattle residence. The console and some of the pipework is from the Estey organ opus 2277, 1924 - originally built for the Irvington Theatre in Seattle, Washington. It was later relocated to the chapel at University Temple United Methodist Church in Seattle. Ultimately, it waspurchased by the Pipe Organ Foundation of Mercer Island, Washington for $2,100.00 and rebuilt / augmented for Covenant Presbyterian.

Source not recorded: Open In New Tab Stoplist copied from the console; updated June 4, 2010
We received the most recent update for this stoplist from Database Manager on April 09, 2020. 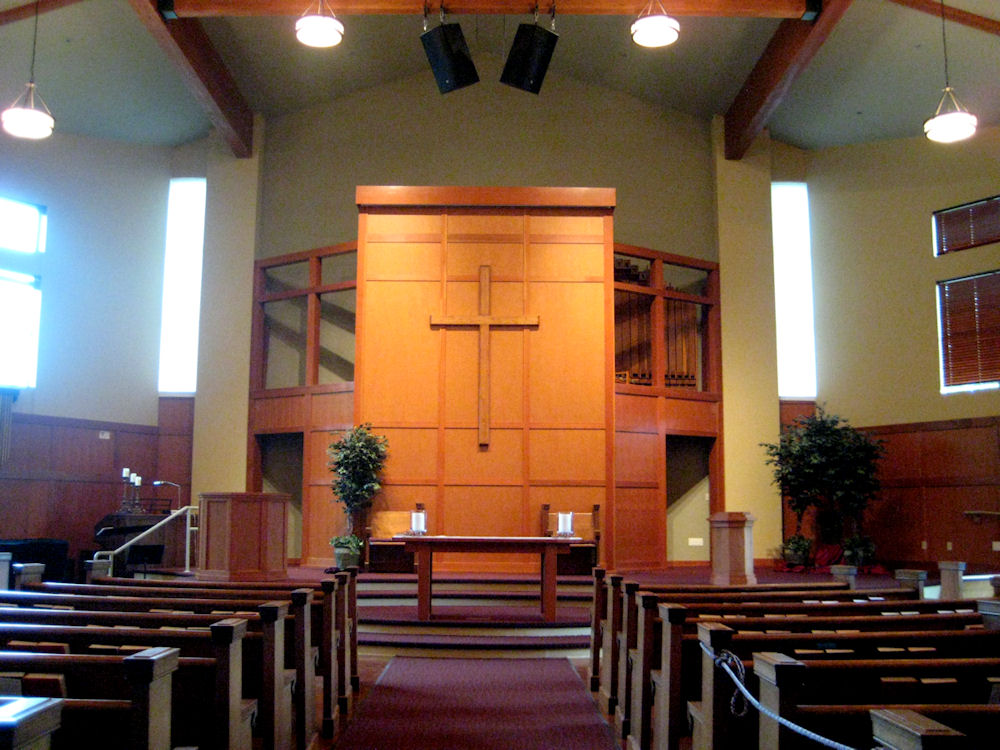 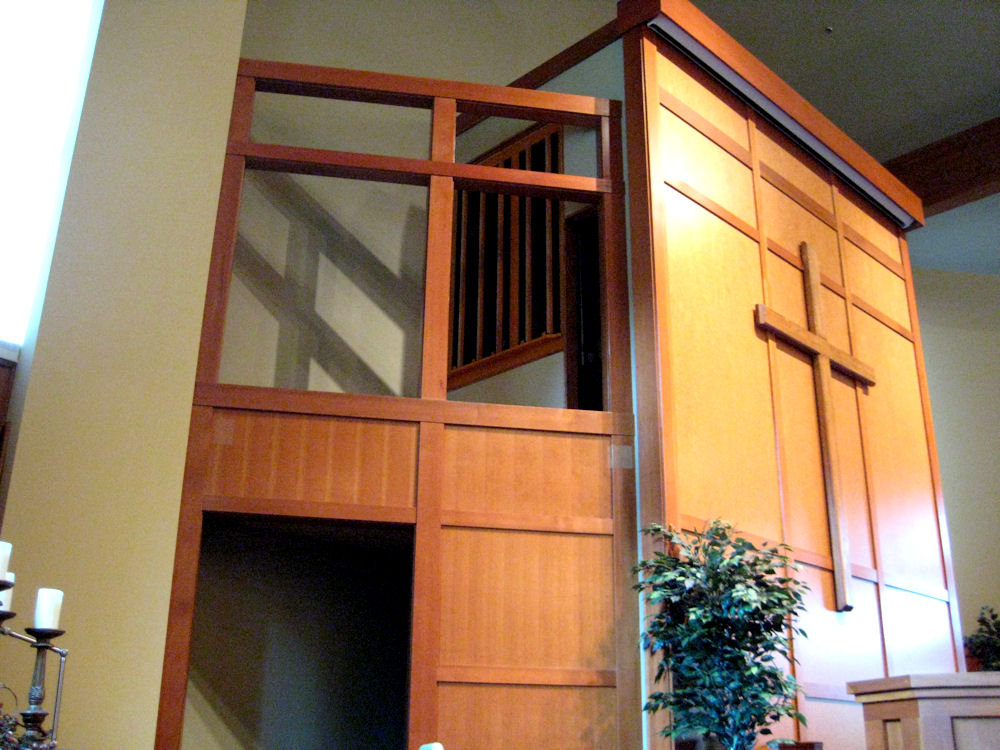 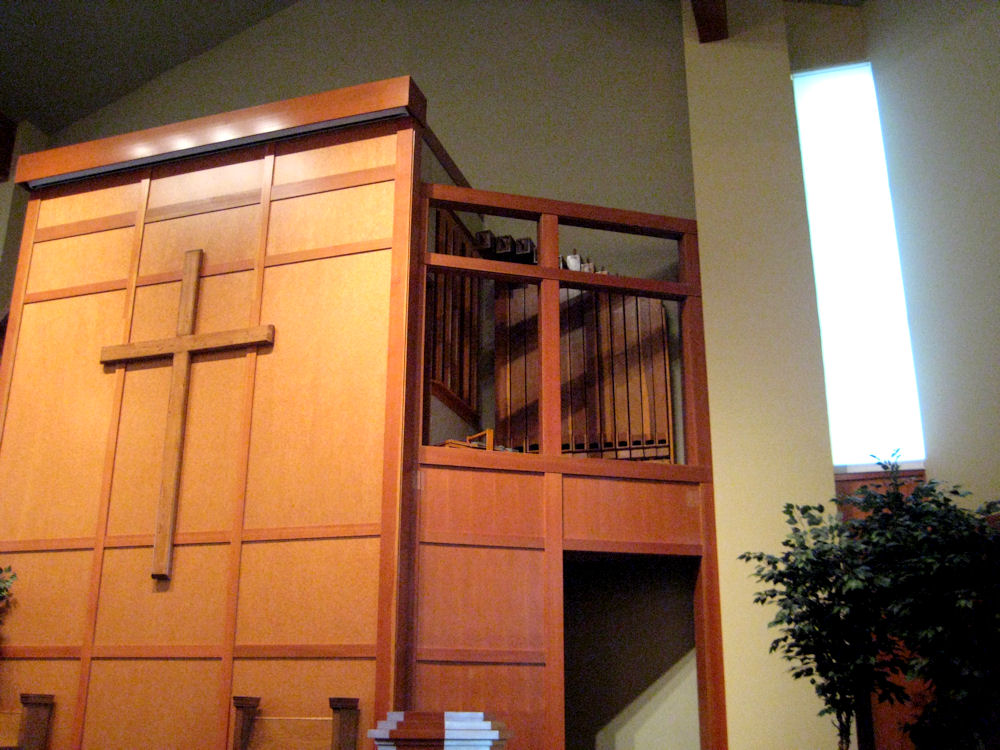 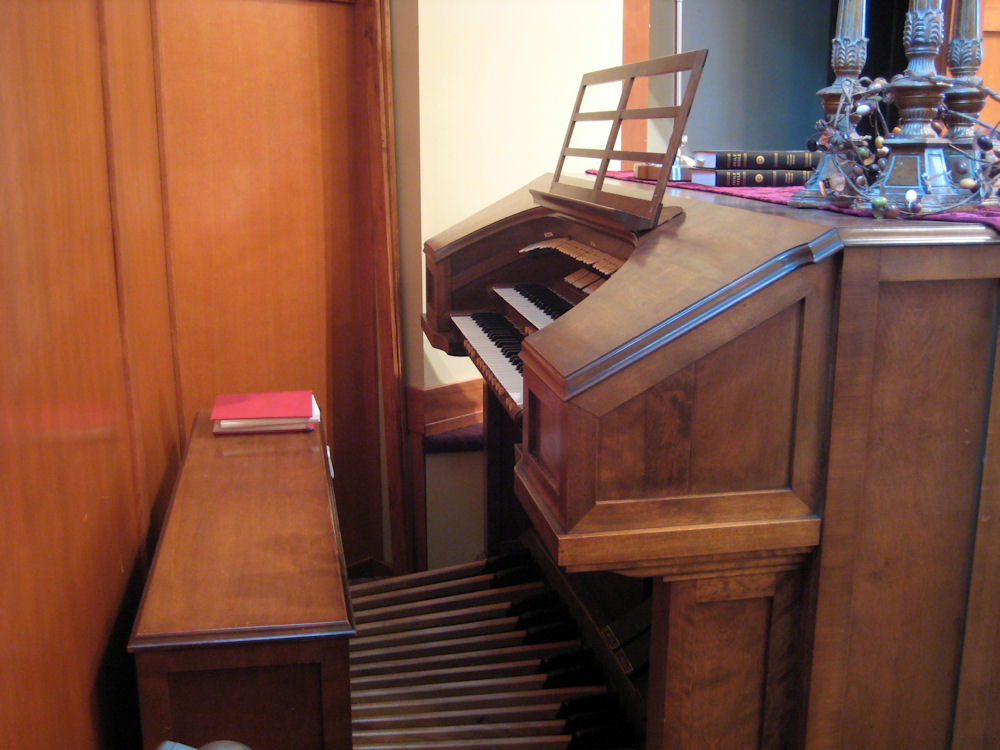 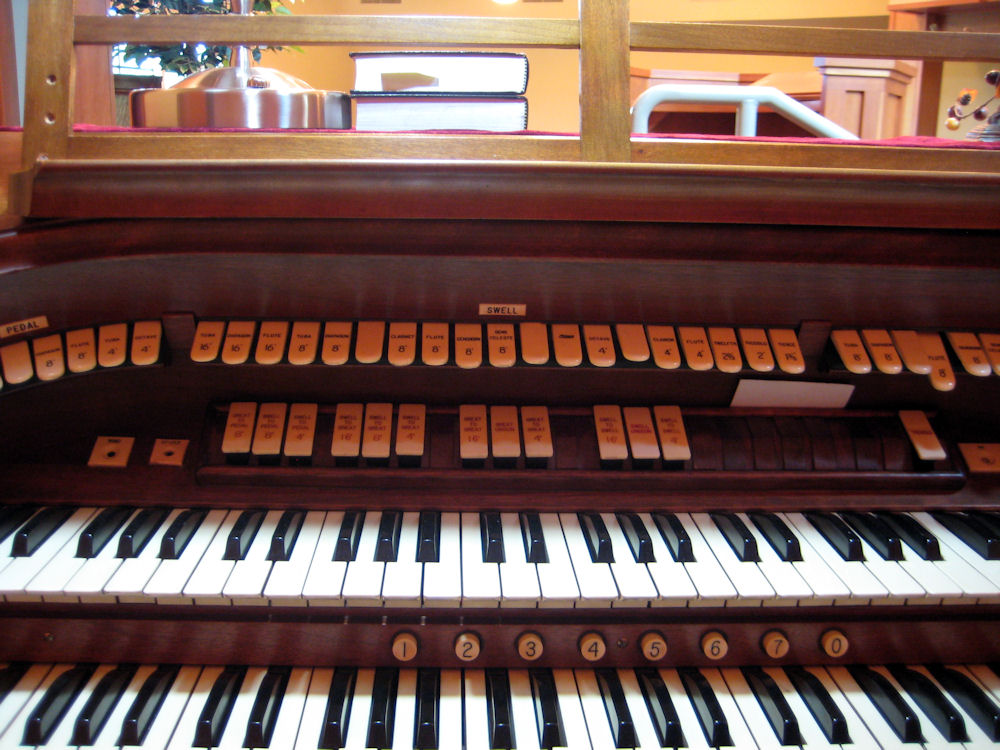 Console detail: Manuals, stoprail, and couplers: Photograph by Michael A. Way. Taken on 2010-06-04 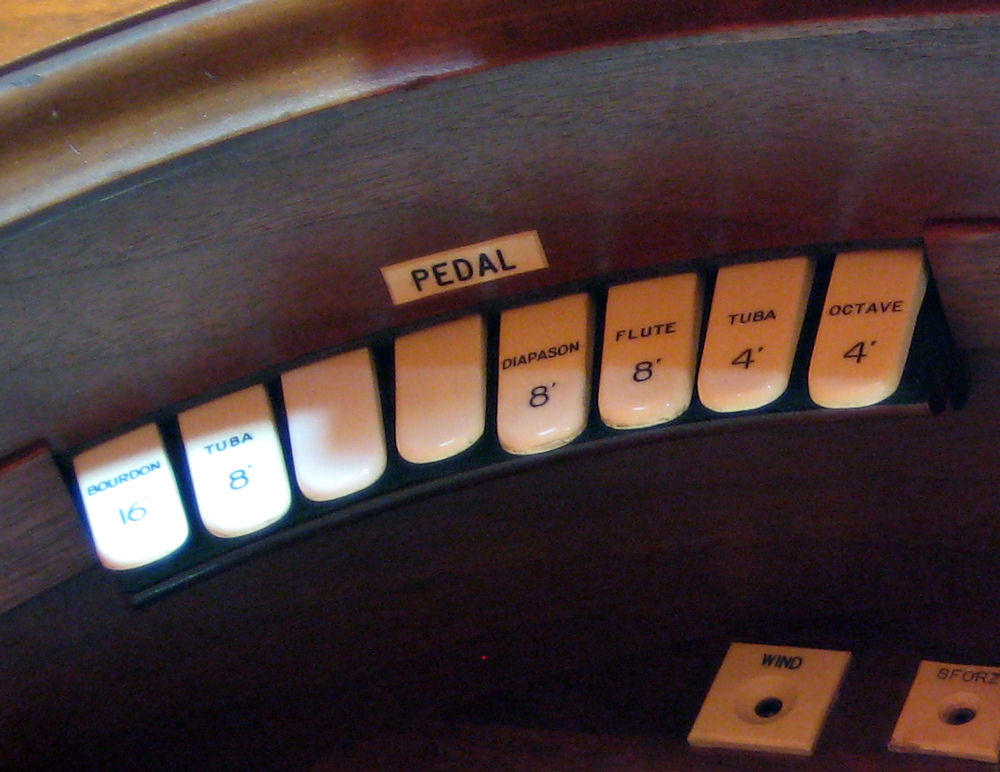 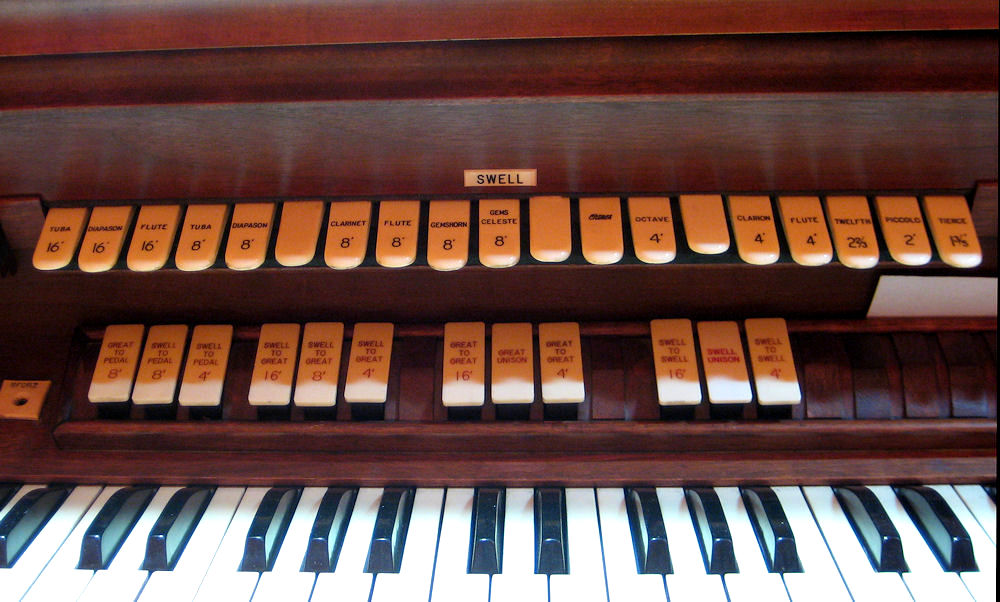 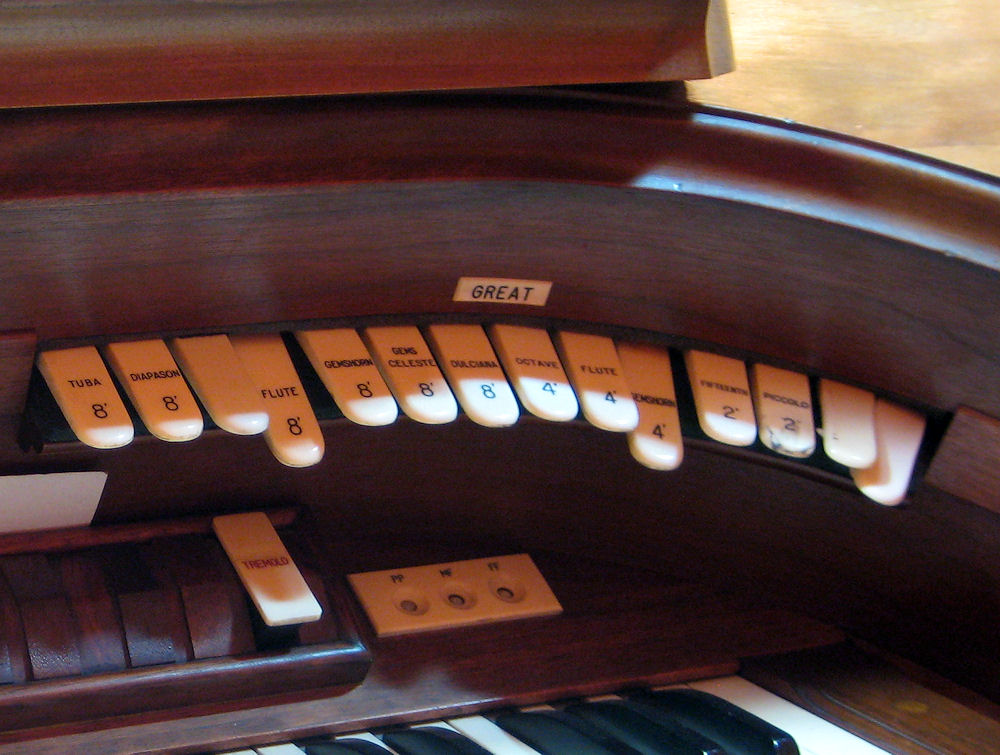 This instrument has been viewed 231 times.