We received the most recent update for this instrument's status from Database Manager on December 01, 2019.

All: We received the most recent update for this division from Database Manager on December 01, 2019.

Main: We received the most recent update for this console from Database Manager on December 01, 2019.

From the NYC AGO NYC Organ Project: In early 1923, Trinity Church commissioned the Skinner Organ Company of Boston to build an entirely new organ. The Articles of Agreement (Mar. 15, 1923) show that Skinner would build a double organ with divisions in the gallery and chancel, all controlled by a four-manual drawknob console in the chancel, for a consideration of $42,000. While the organ was being constructed, the church Comptroller wrote (Jan. 15, 1924) to Skinner, authorizing the addition of a harp stop at a cost of $1,085. Skinner's Nave Organ retained several Erben stops — the 32' Open Wood, the Great Mixture III and the Swell Mixture V — and was installed behind the notable Upjohn case. The Chancel Organ was placed in the chamber behind the Labagh case on the right side of the chancel. The console and chancel divisions were ready for use by November 1, 1923, and the gallery divisions were completed for the dedication, on March 10, 1924, by the Rt. Rev. William T. Manning, Bishop of New York and former Rector of Trinity Parish. Music for the dedication was provided by Trinity's Choir, under the direction of Dr. Channing Lefebvre, and the choir of the Cathedral of St. John the Divine, Dr. Miles Farrow,

Stoplist courtesy of the Aeolian-Skinner Archives: Open In New Tab
We received the most recent update for this stoplist from Database Manager on December 02, 2019. 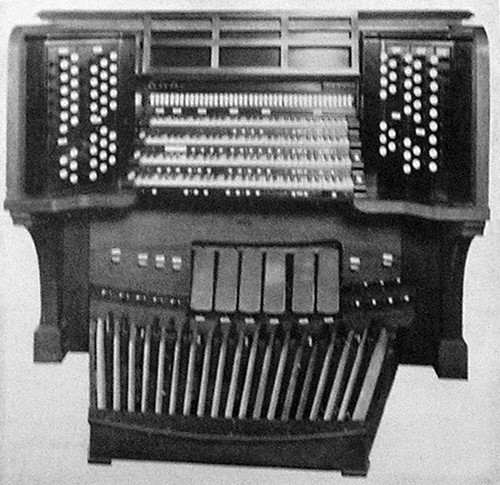 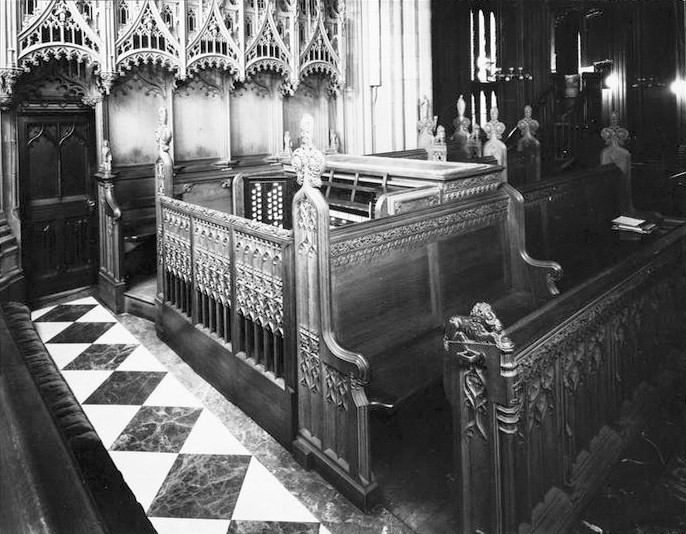 Console in its enclosure: Photograph from the NYC AGO Organ Project. 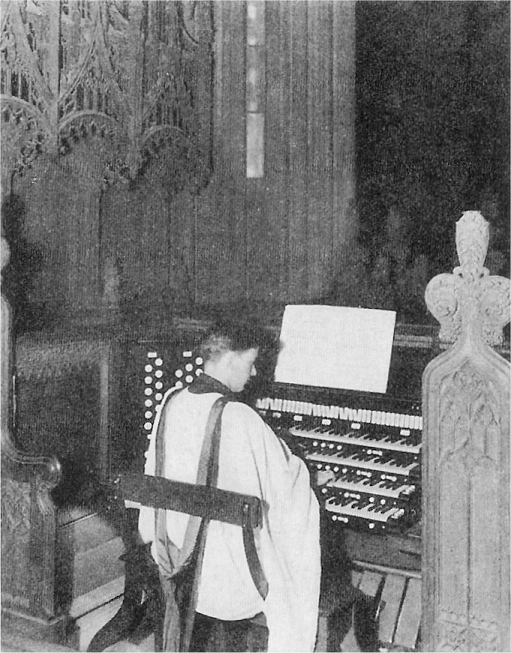 Console and Dr. Channing Lefebvre: Photograph from the NYC AGO Organ Project.

This instrument has been viewed 21 times.