Updated through online information from James R. Stettner. -- In November 2011, Puget Sound Pipe Organs of Seattle replaced all pedalboard felt to attain proper pedal position and playing depth. Broken pedal stickers were repaired or replaced. All four couplers were adjusted for proper pluck and optimum opening/function. A future tonal regulation and finishing to correct speech problems and make the organ sound its best is hoped-for.

Updated through online information from James R. Stettner. -- The organ was originally built for the Nazareth German Evangelical Lutheran Church in Camden, NJ. When that congregation disbanded in 1995, the organ was removed by J. Patrick Murphy & Assoc. and stored at their facility. It was purchased by the Port Townsend church in 2002, and picked up by two parishioners and driven across the country in 2003. Assembly took place in 2003-04 primarily by parishioners Stan Goddard and Harry Takata assisted by Monroe, WA organ builder Clinton B. Meadway. Some of the pipework was badly damaged in the past and has been replaced. The drawknobs for each division are a different color wood. The 3-sectional stenciled facade contains the first 19 pipes of the Great 8 ft. Open Diapason. 1-6 are stopped wood diatonically divided on either side of the other 13 zinc facade pipes. The fixed foot trundles are for Piano and Forte and affect both Swell and Great, but not the Pedal nor the couplers.

Source not recorded: Open In New Tab Stoplist copied from the console October 6, 2010
We received the most recent update for this stoplist from Database Manager on April 09, 2020. 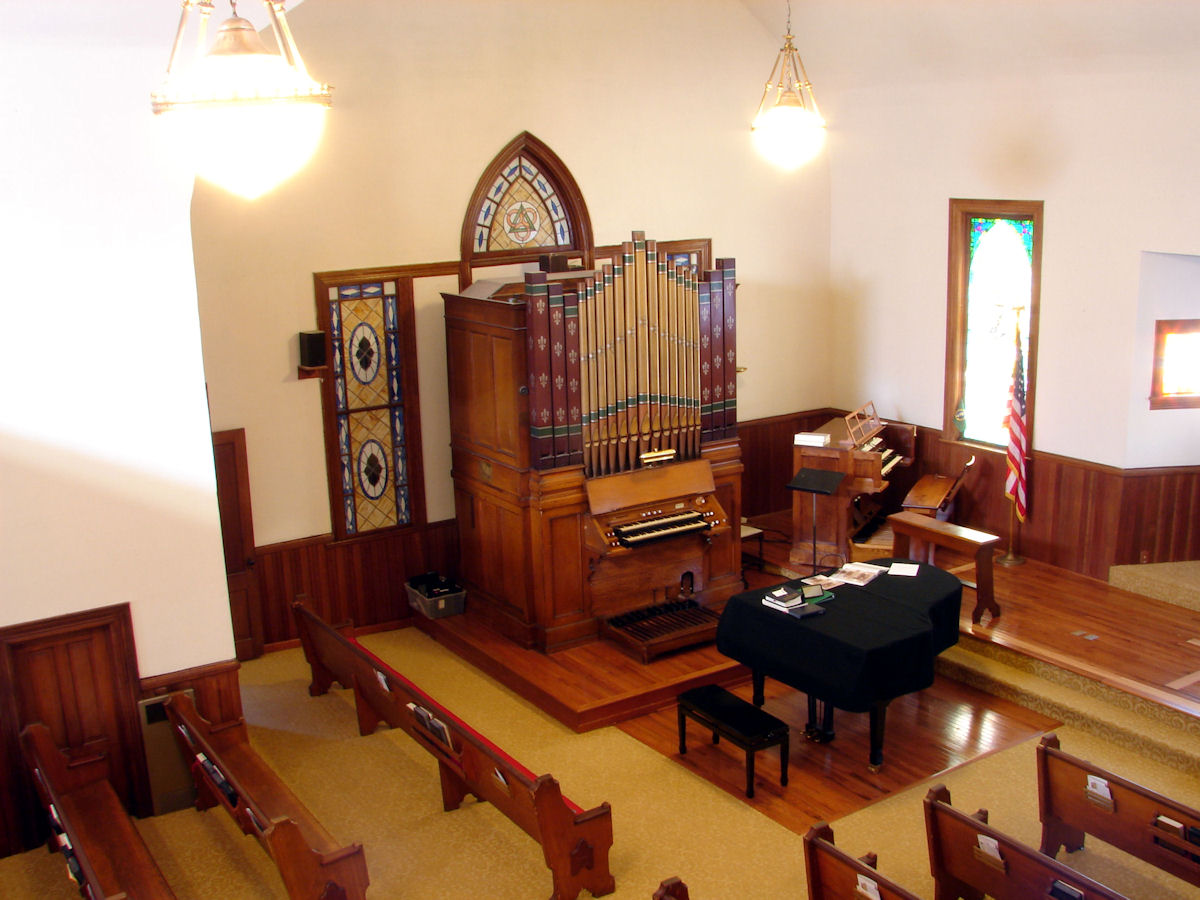 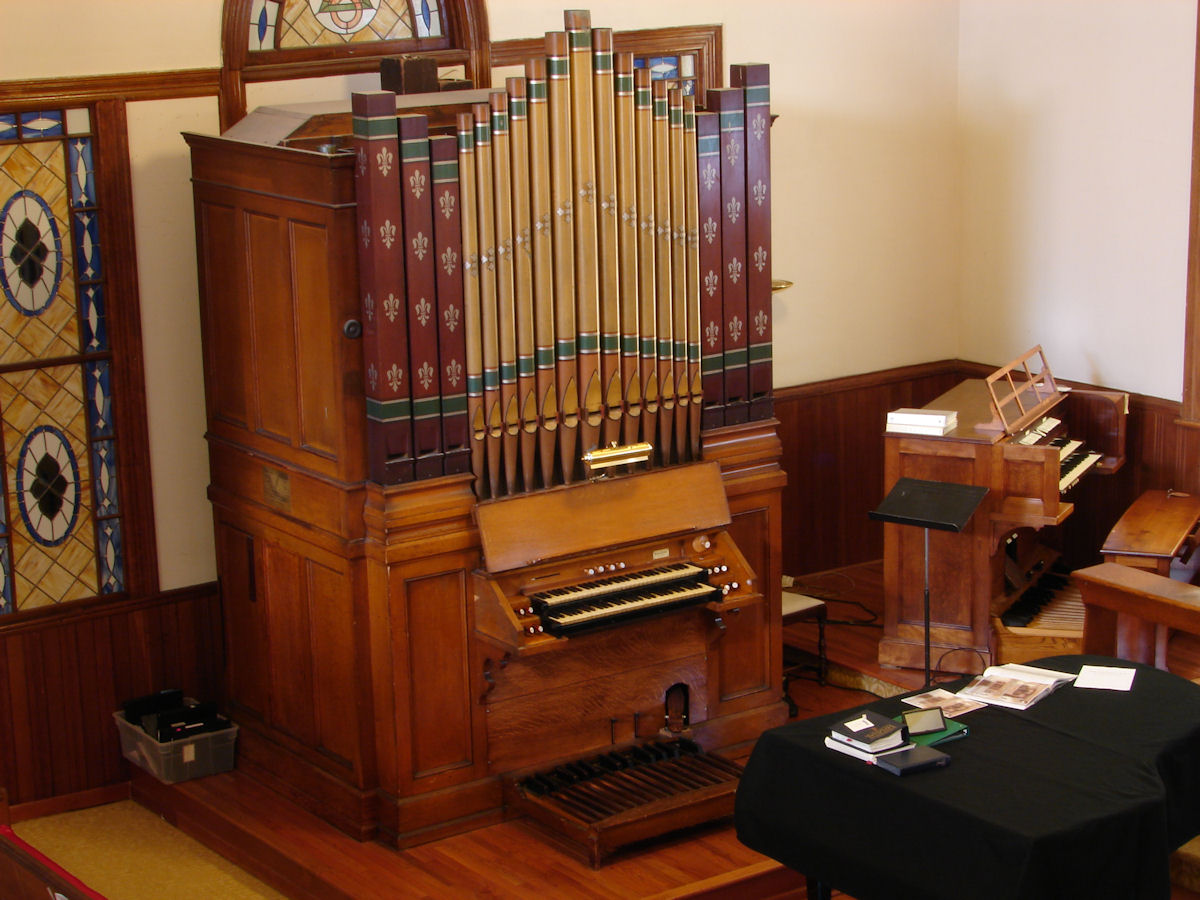 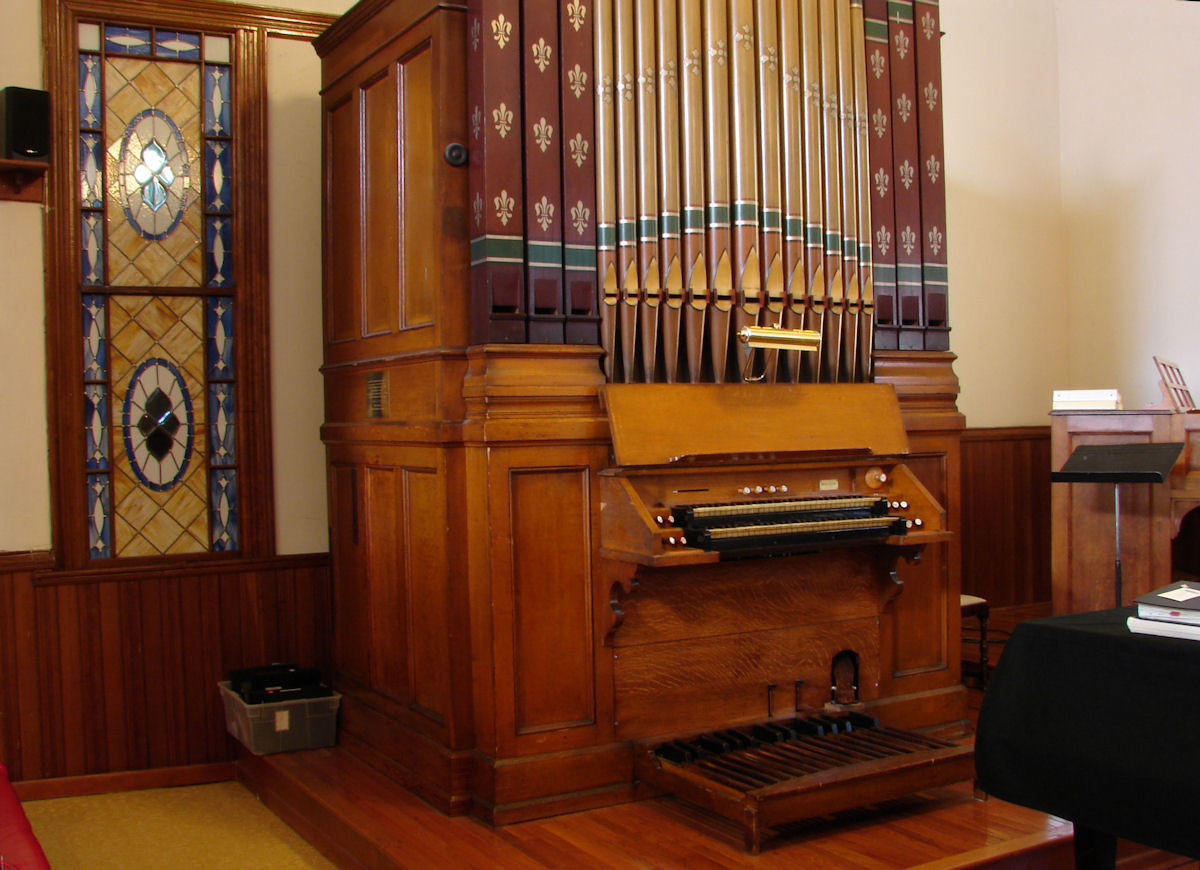 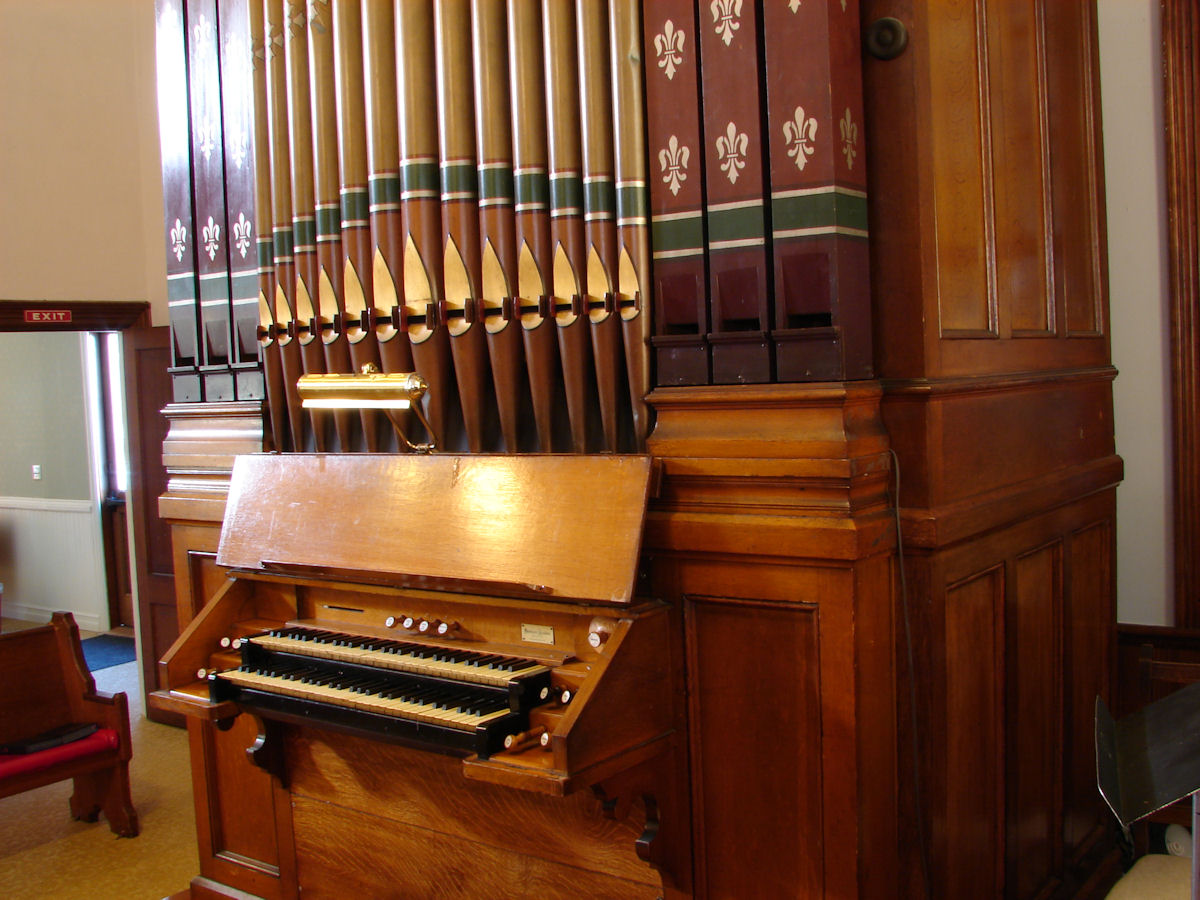 Keydesk and facade from right: Photograph by Michael Way. Taken on 2010-10-07 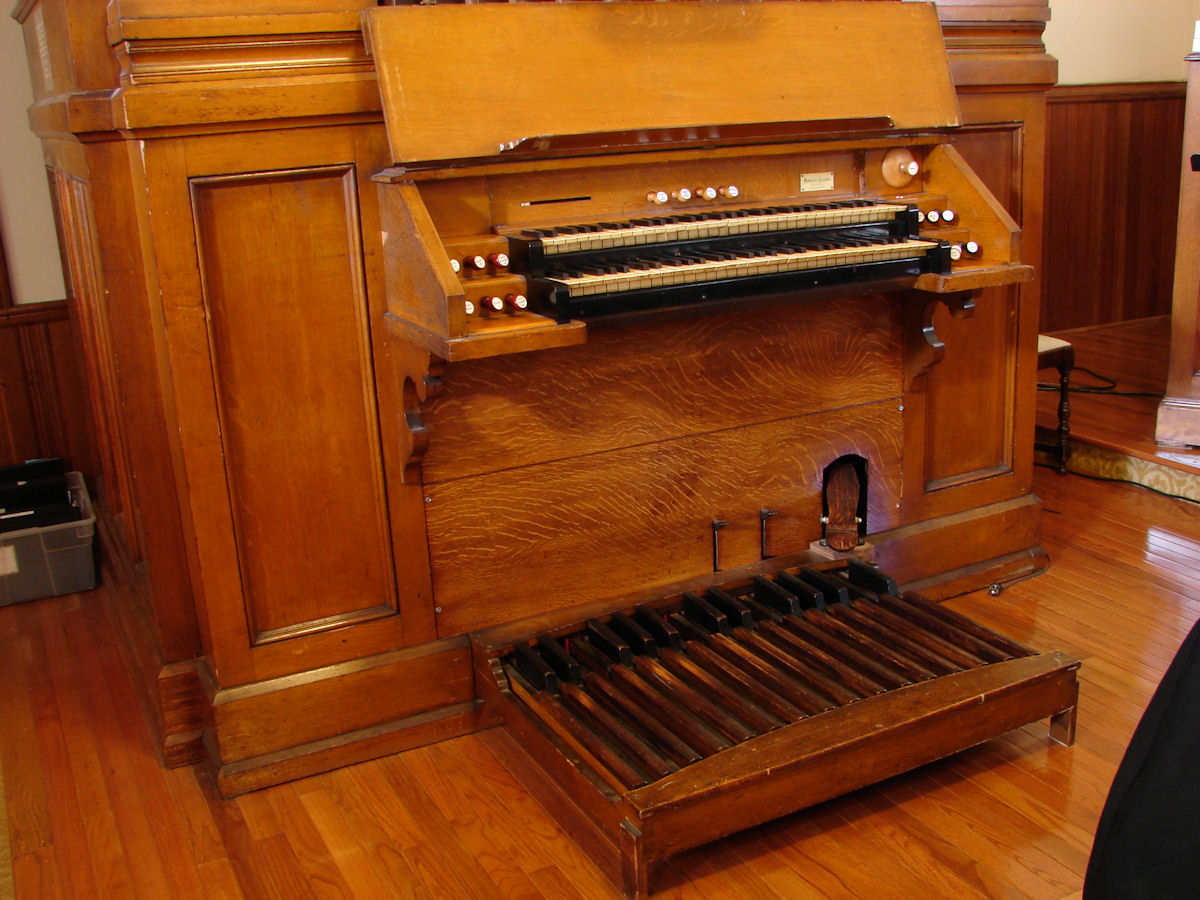 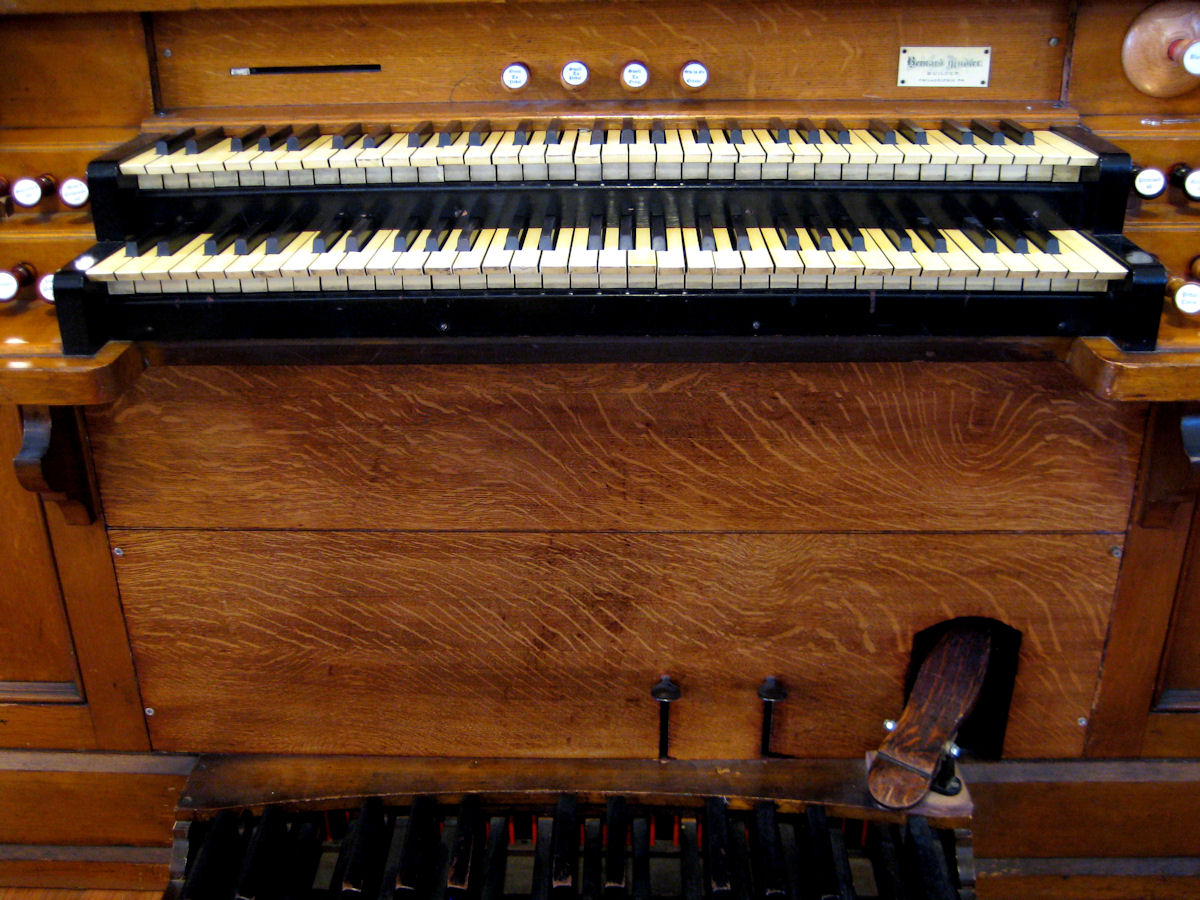 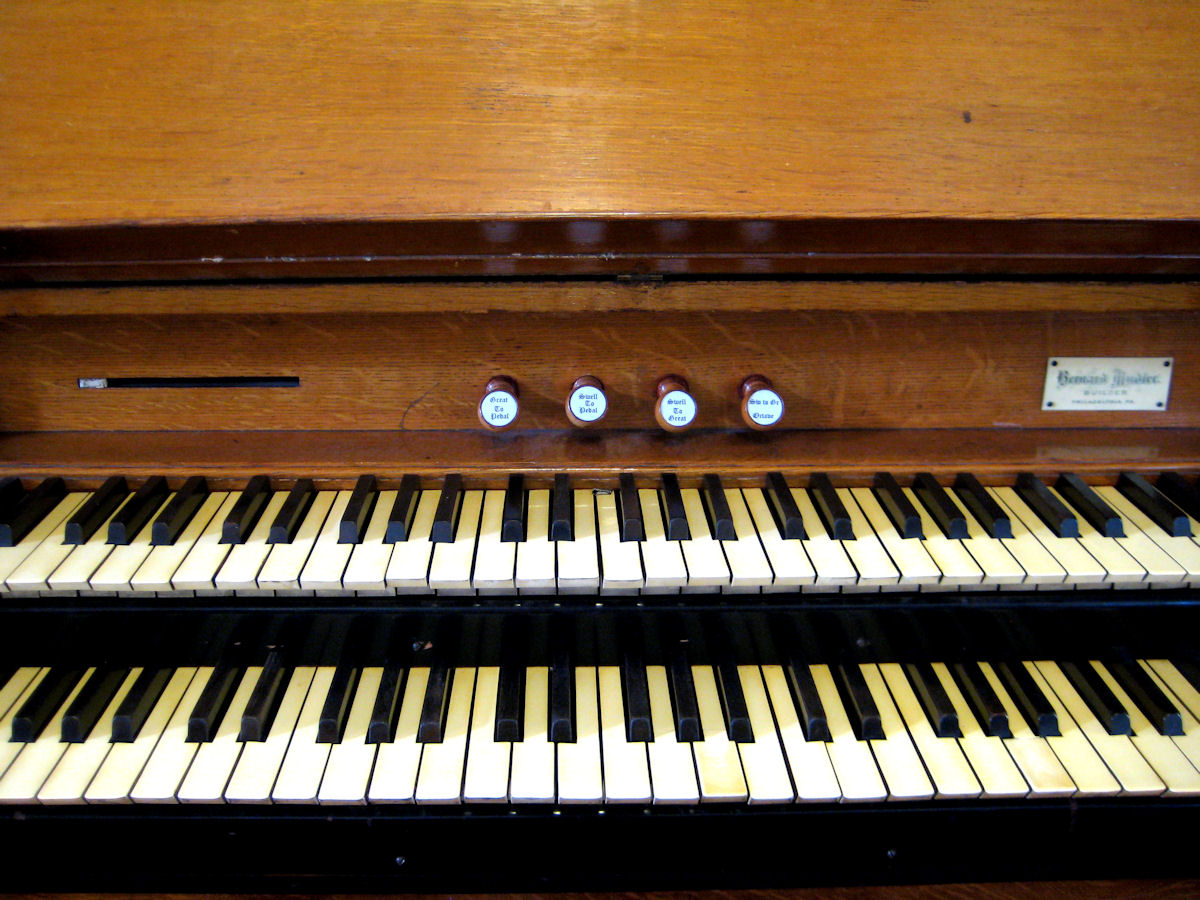 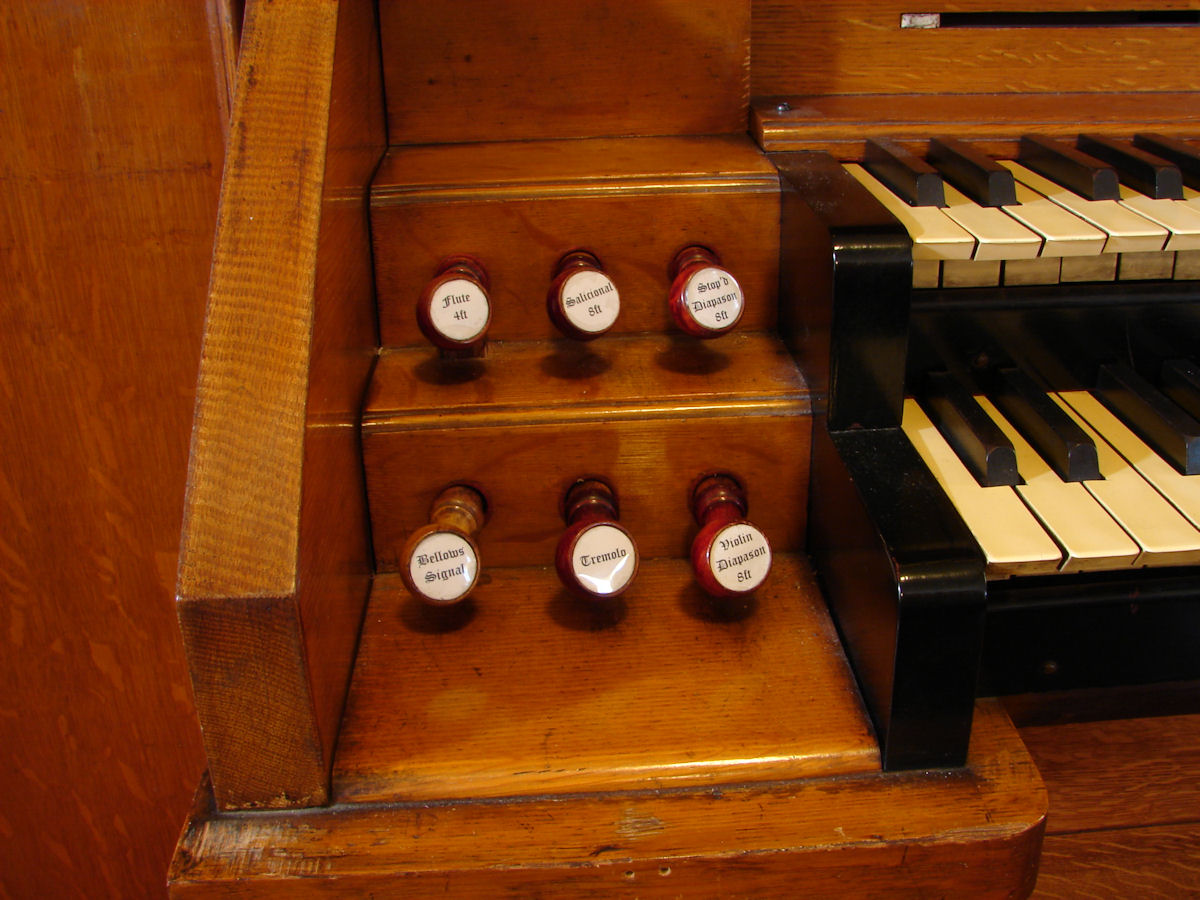 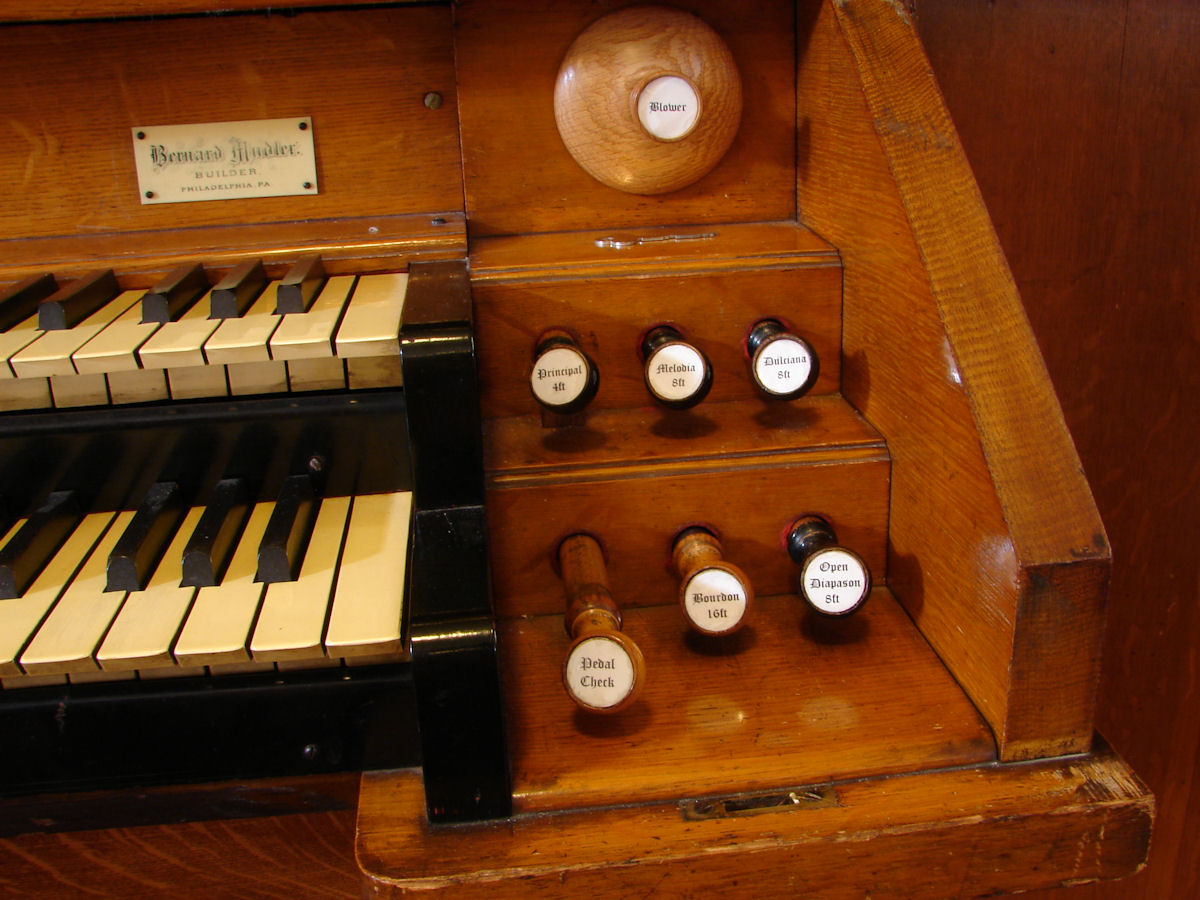 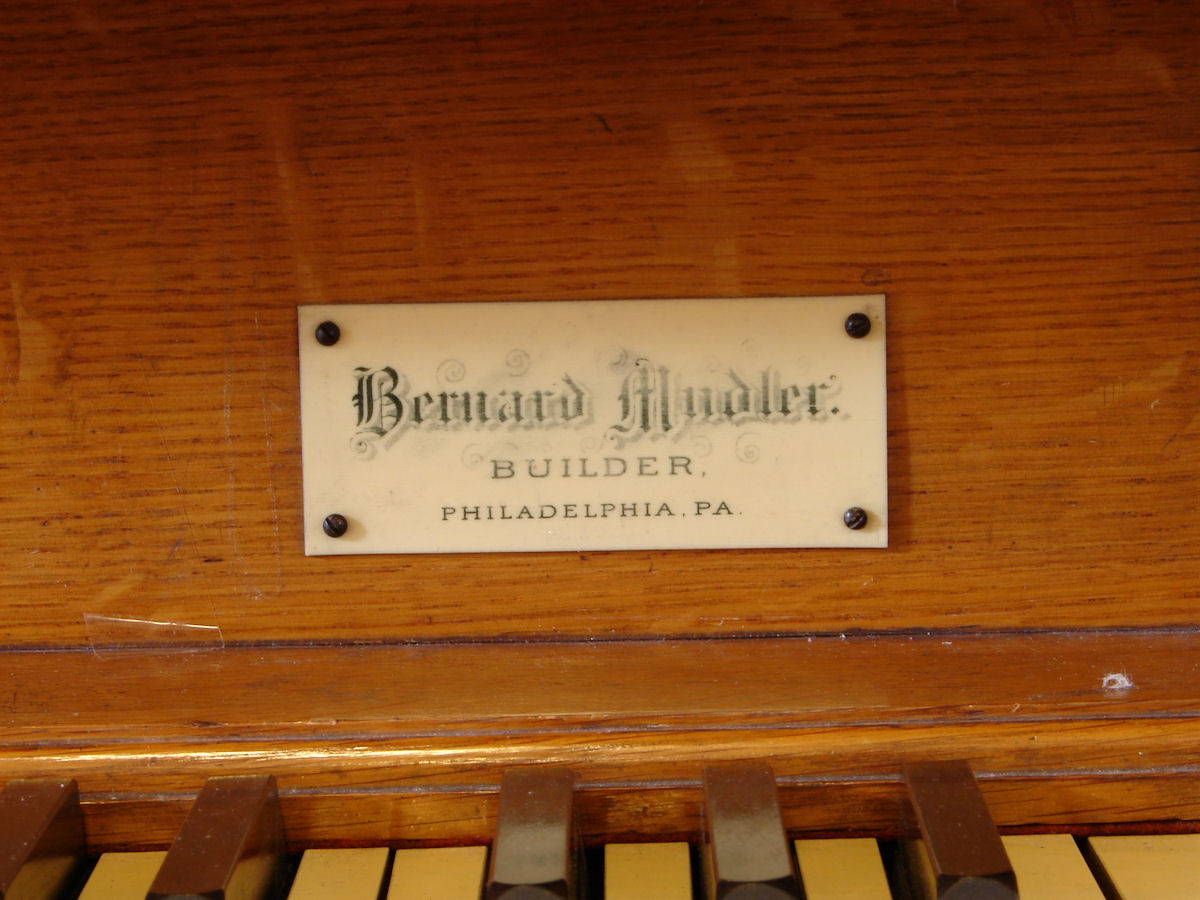 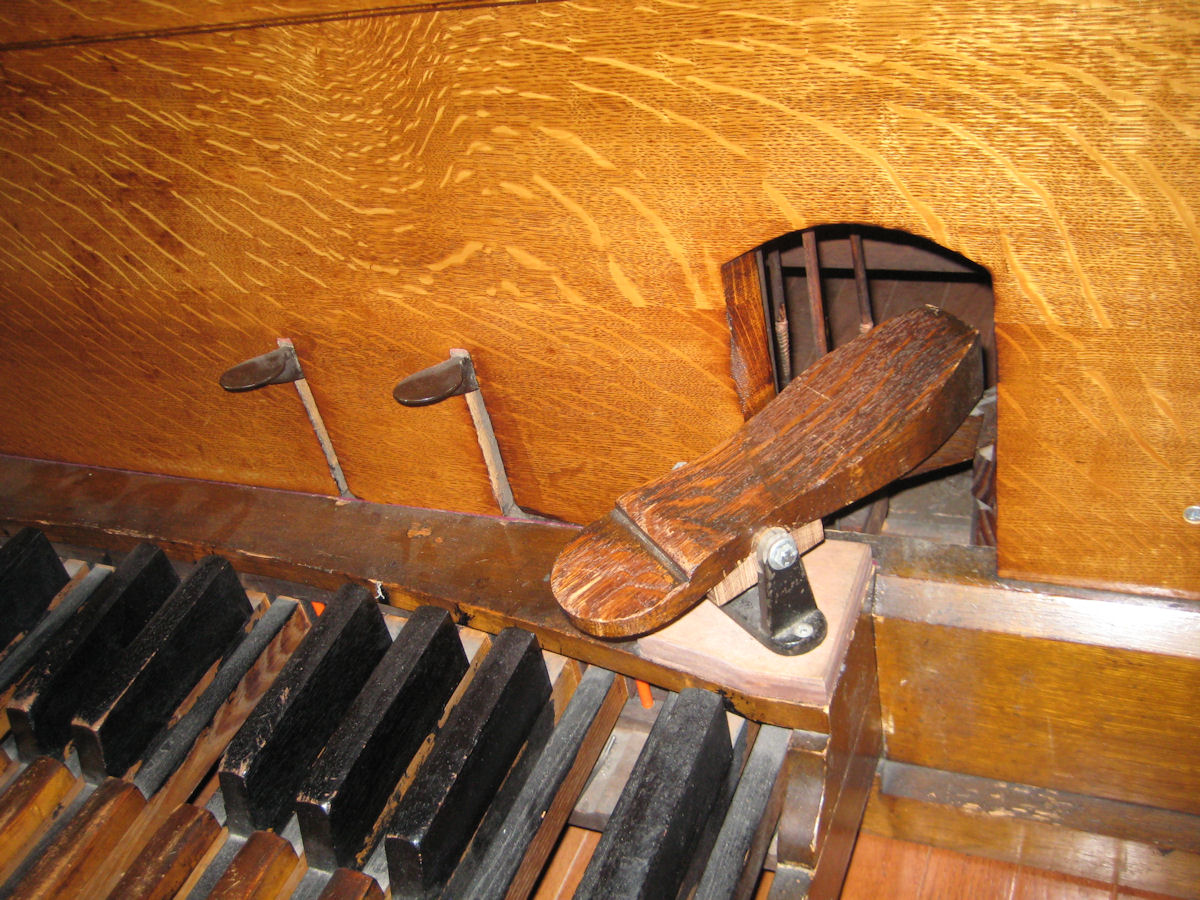 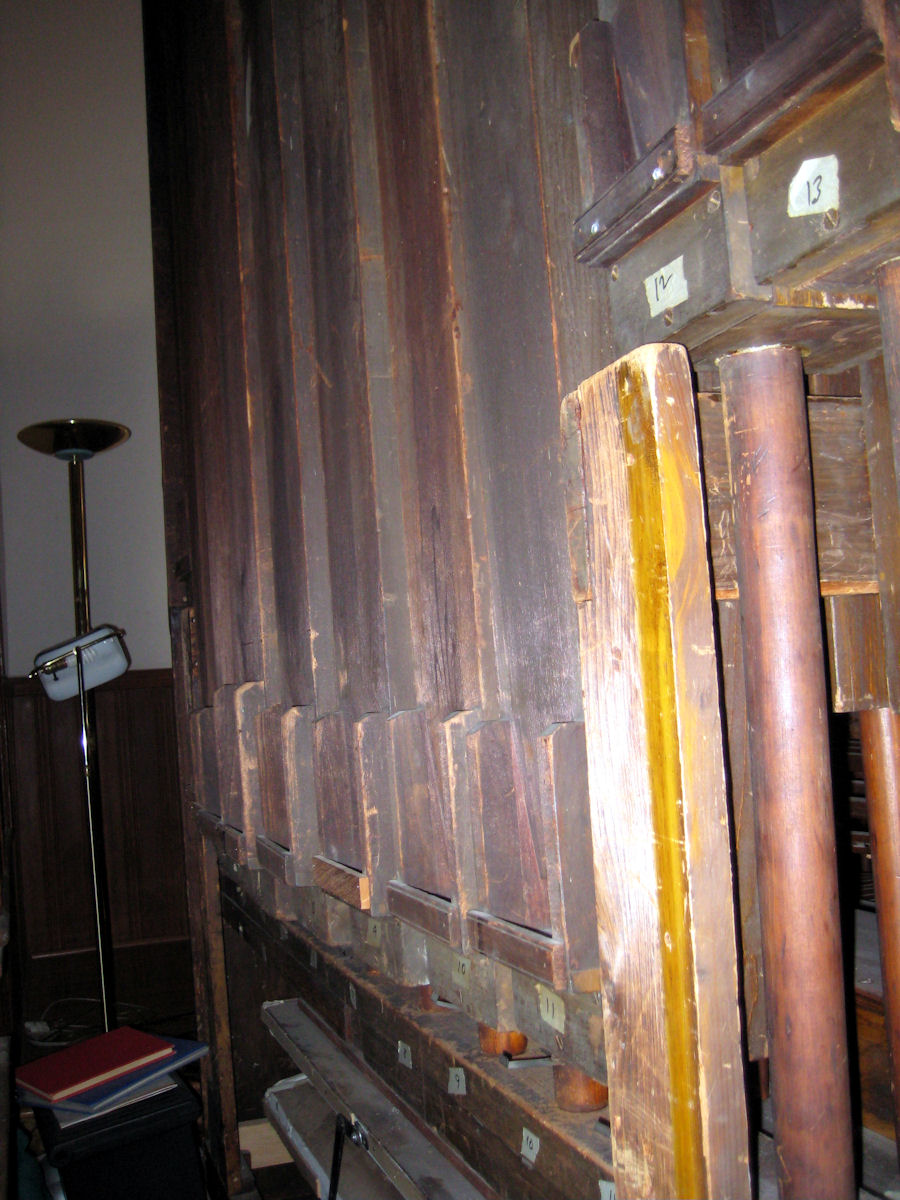 This instrument has been viewed 22 times.