Updated by Maria Samuelsson, listing conversations with this person as the source of the information: Edith Ricciardelli Ricciardi.

I can confirm that the original pipe organ in the balcony of St. Aedan\'s Church was a four manual Austin. It was donated by Wm. C. Heppenheimer the founder of the Trust Company Bank of New Jersey. My grandmother Edith Ricciardelli Ricciardi and her father Fiore Ricciardelli were his neighbors. My grandmother taught piano and frequently played for Heppenheimer\'s dinner guests. When Heppenheimer donated the church organ, new, to St. Aedan\'s my grandmother became church organist after studying organ with Professor Strauss. As a child, my grandmother would take me up to the loft to see the Austin organ which she fondly remembered playing.

Updated through online information from Jeff Scofield. -- The Austin may have been given by the banker, but it was new to the church, not a residence organ. When the Schantz was installed in Holy Communion, New York, it was all-new, retaining none of the Skinner; Holy Communion was not torn down, but was deconsecrated and became the Limelight disco for 13 years; as of 2010, it was a shopping mall; the Schantz, though re-engineered for the gallery of St. Aedan's, was installed "as is" tonally except for the wiring up of a 32' Cornet.

Identified through online information from Eric Fahner. -- This church originally had a 4 manual 55 rank Austin in the balcony. This was supposedly from the estate of the founder of the now defunct Trust Company Bank Of New Jersey by the former Jersey City Mayor Frank Hague. All that remains of this organ is the blower in the basement. In the 1960s, when the old Pennsylvania train station was torn down in New York City for Madison Square Garden, the church of the Holy Communion was also torn down, and the organ reworked and relocated to St. Aedan's by the Schantz Organ Company. In 2004 the Perragallo Organ Company of Paterson New Jersey relocated the console to the front of the church, and added digital voices.

Source not recorded: Open In New Tab Stoplist from Schantz sales promotional flyer
We received the most recent update for this stoplist from Database Manager on April 09, 2020. 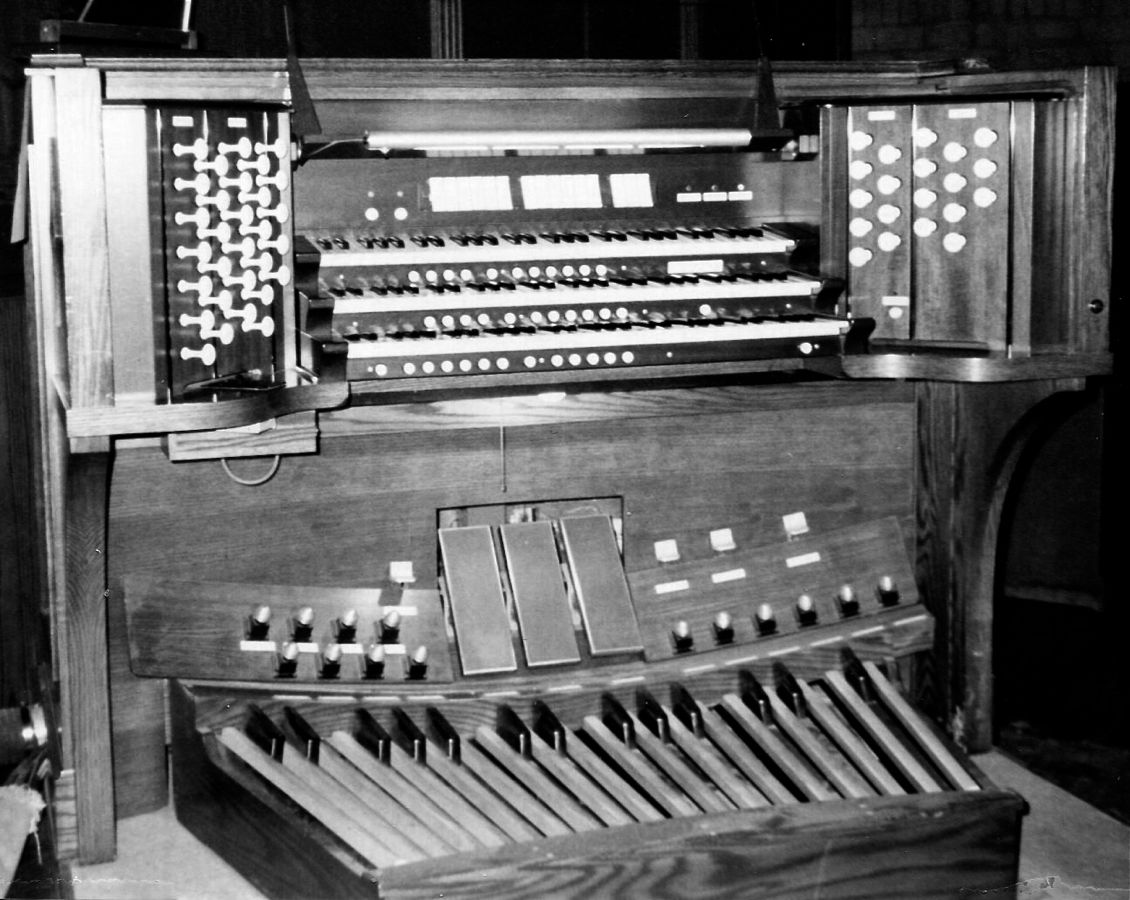 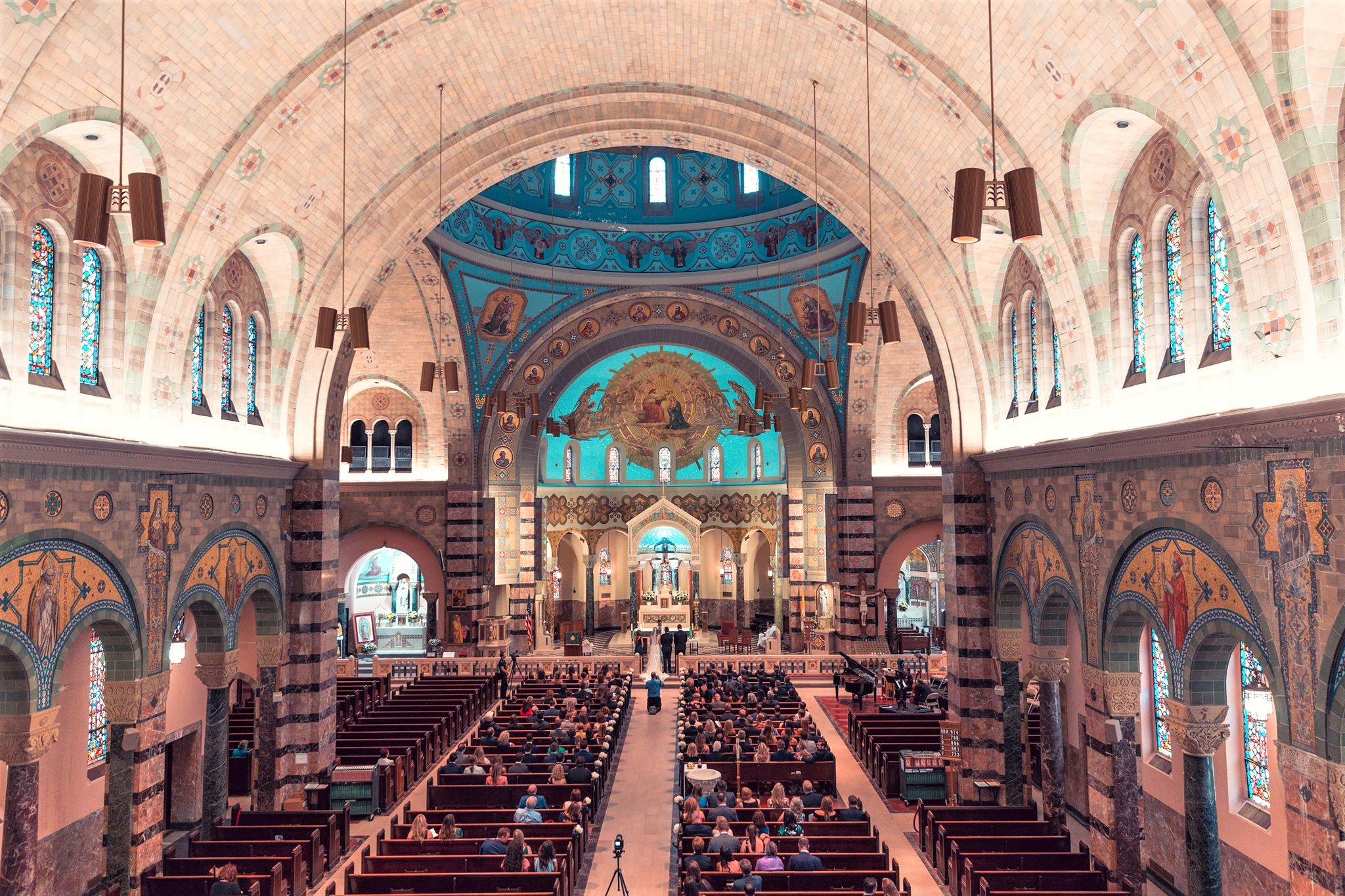 Church interior from gallery: Photograph by From church Facebook page, submitted by Jeff Scofield. Taken on 0020-01-19 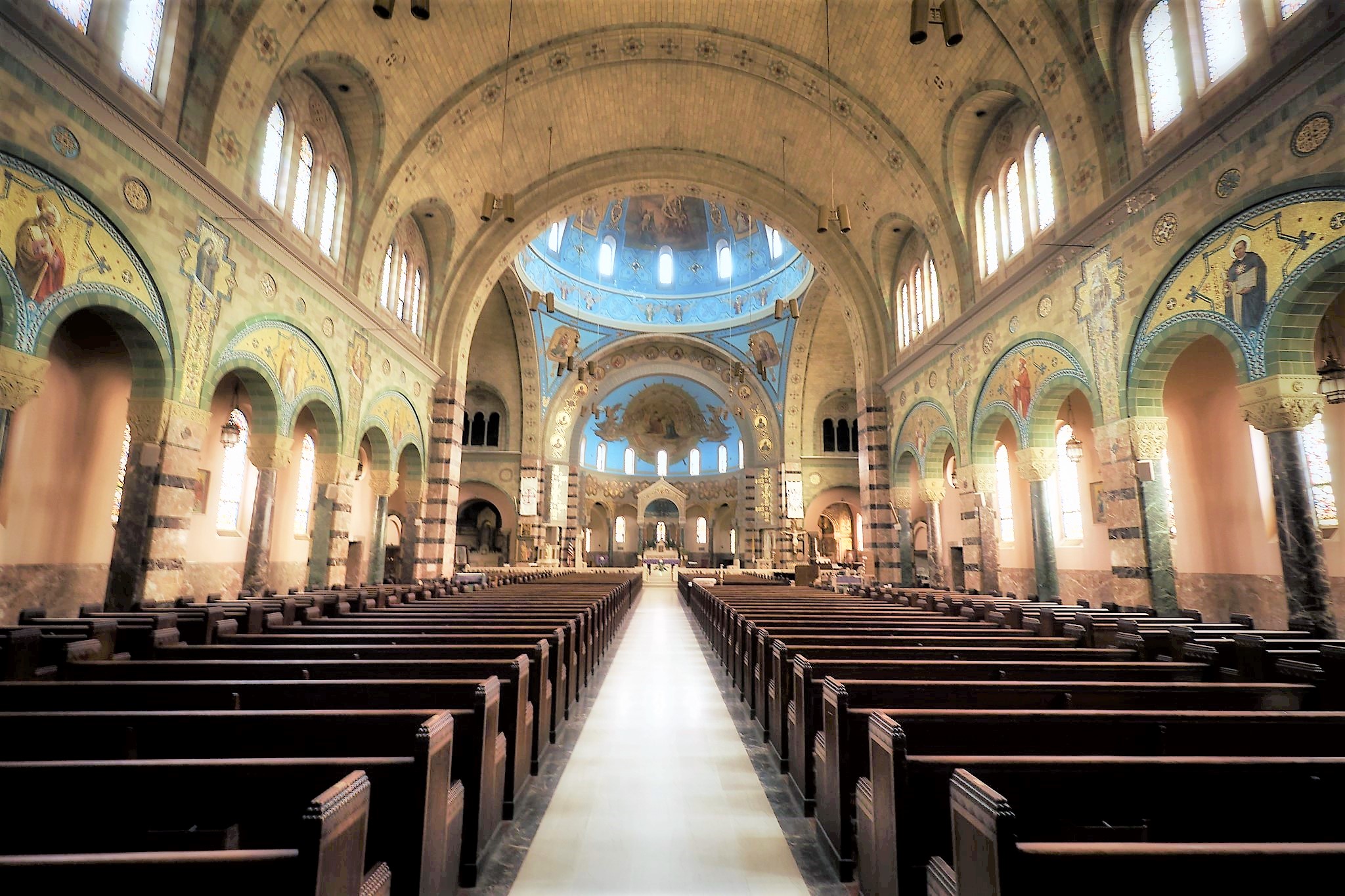 Church interior from floor: Photograph by From church Facebook page, submitted by Jeff Scofield. Taken on 2020-05-06 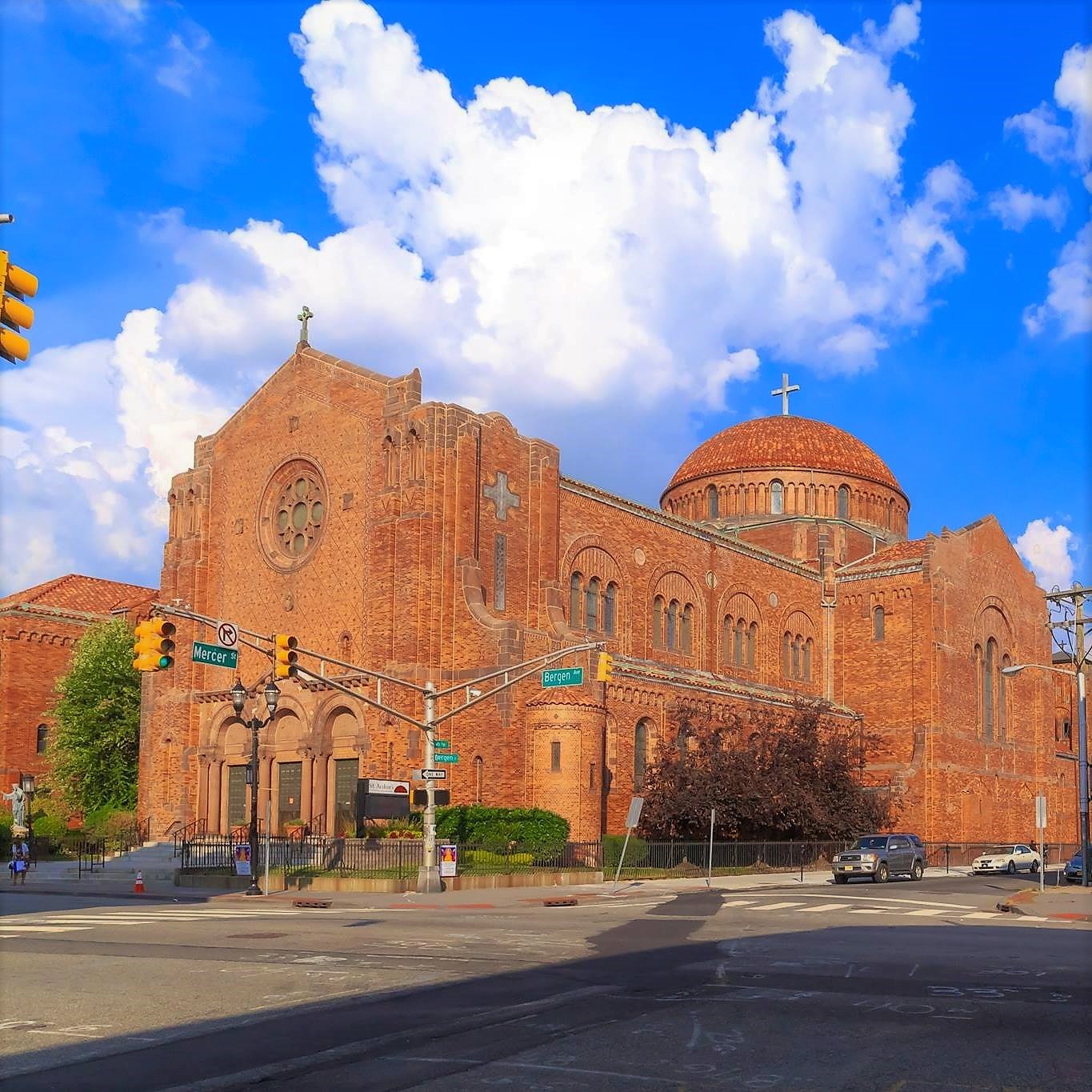 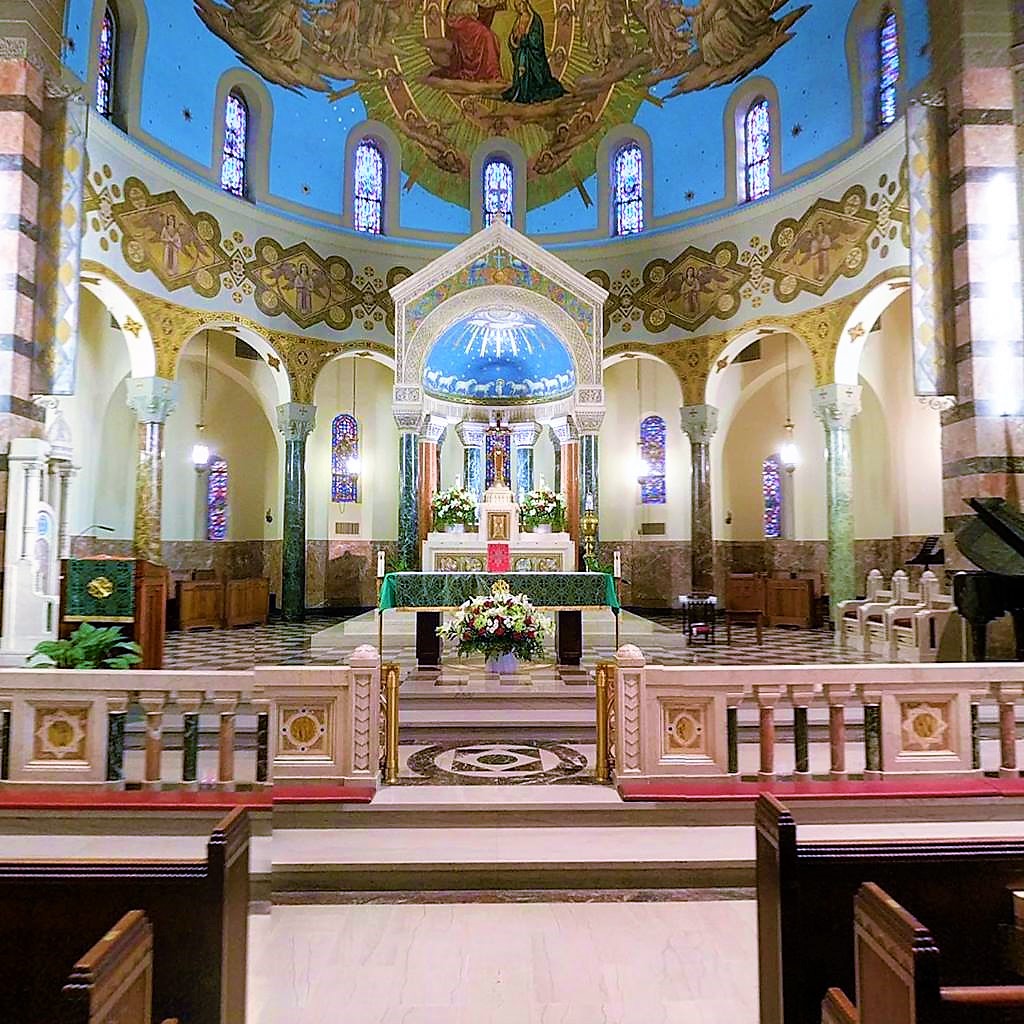 Altar: Photograph by From church Facebook page, submitted by Jeff Scofield. Taken on 2017-01-31

This instrument has been viewed 56 times.