From the church website: In 2004, Patrick J. Murphy & Associates of Stowe, Pa. re-leathered the organ console’s leather components. The chests were re-leathered in 2007, and two new ranks were added where space had originally been prepared for a Second Open Diapason on the Great and a Dulciana on the Choir. A Grave Mixture II and a 2’ Piccolo were added to these divisions, respectively. The blower and motor were restored in 2011 after flooding. Although it was proposed to re-voice some pipework (such as the Choir Concert Flute to be re-voiced as a Quintadena!), and replace the organ console in the 1960’s, neither occurred.

In 2014, as part of chancel remodeling, All Hallows elected to have Opus 769 re-wired for safety and reliability, focusing special attention on the console, which caused ciphers, dead notes, and other occasional problems, even very strangely, electrocution to the organist! Despite a mostly working combination action, it was quite limited in its capabilities and decidedly replaced with an Opus Two control system. The console is now state-of-the-art and aesthetically and mechanically in excellent condition, and the organ (and organist!) have an immensely wider range of registration capabilities necessary for the liturgy and recitals. In mid-2019, the Clarinet, one of the four reed stops was restored and the church plans to continue to restore one reed each year until they have all been brought back to their 1929 splendor.

from Jonathan Bowen: Open In New Tab Typed stoplist
We received the most recent update for this stoplist from Database Manager on April 09, 2020. 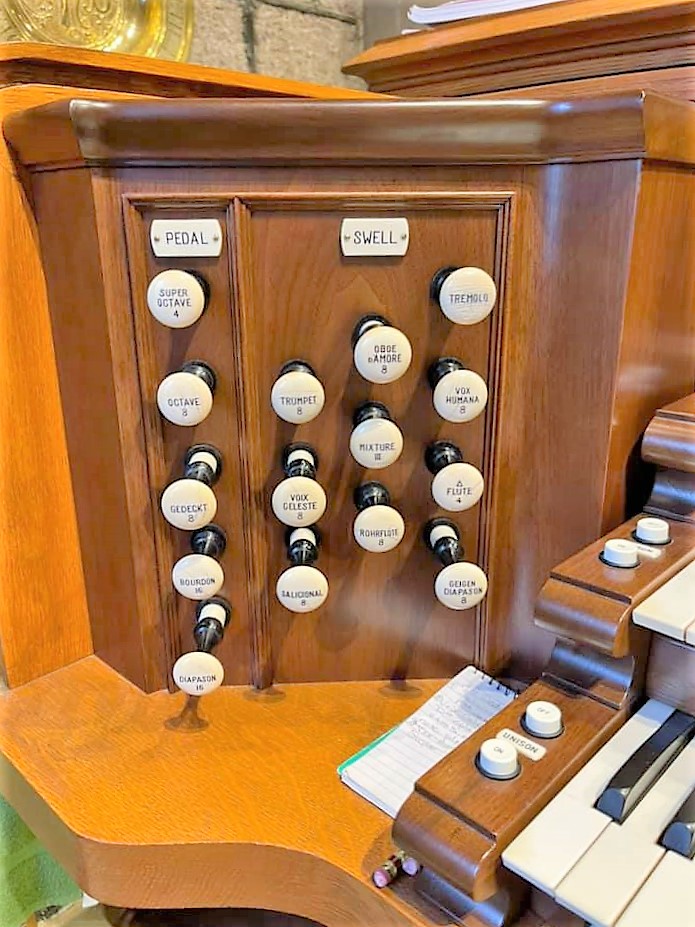 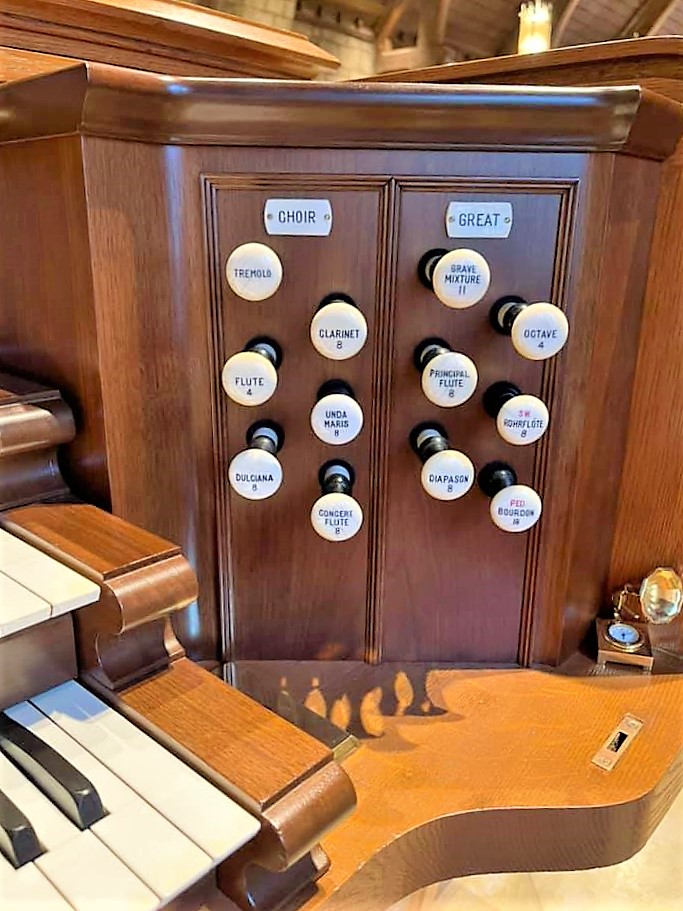 Couplers: Photograph by Luke Staisiunas, via Facebook, submitted by Jeff Scofield. Taken on 2021-07-29 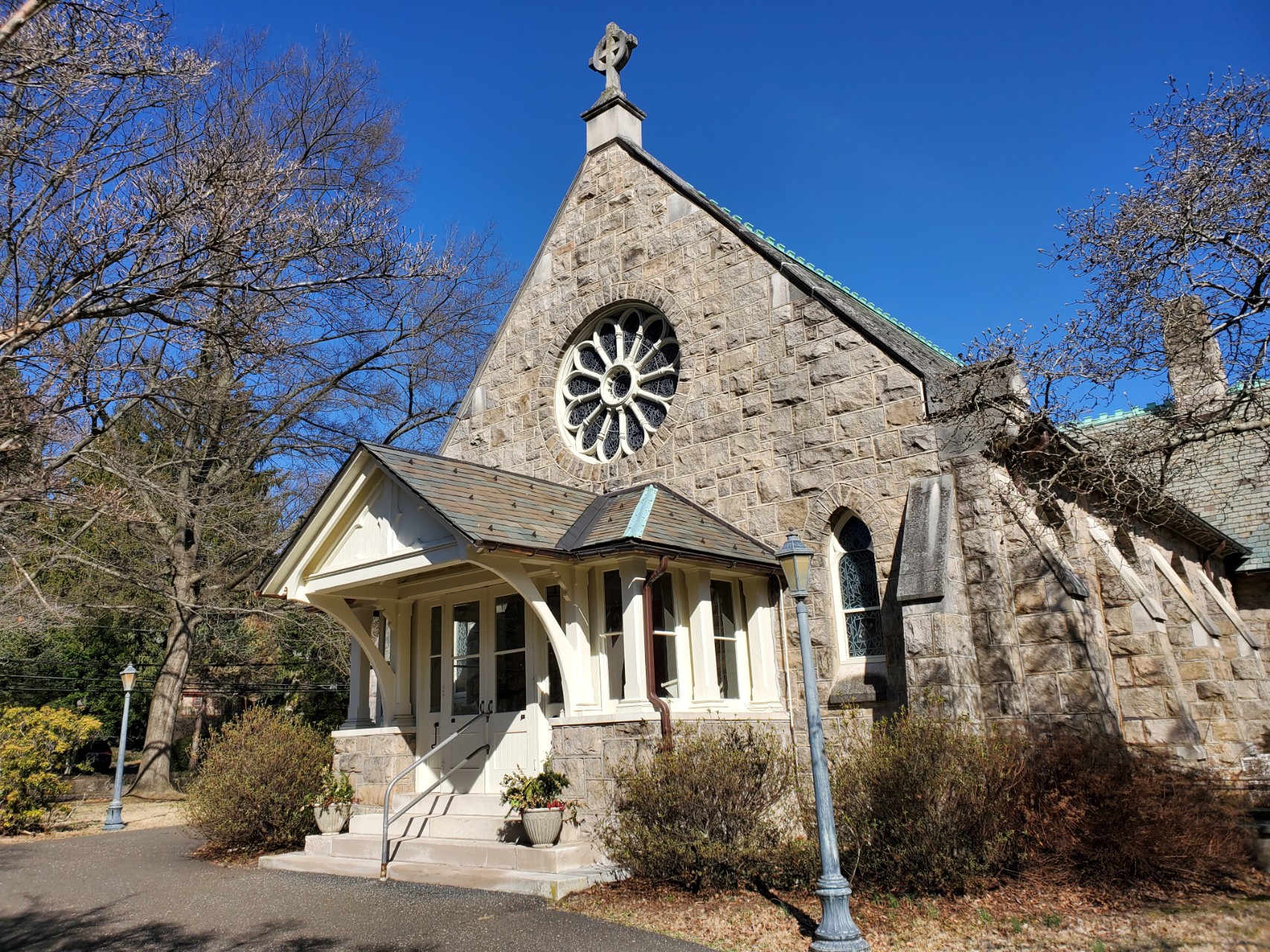 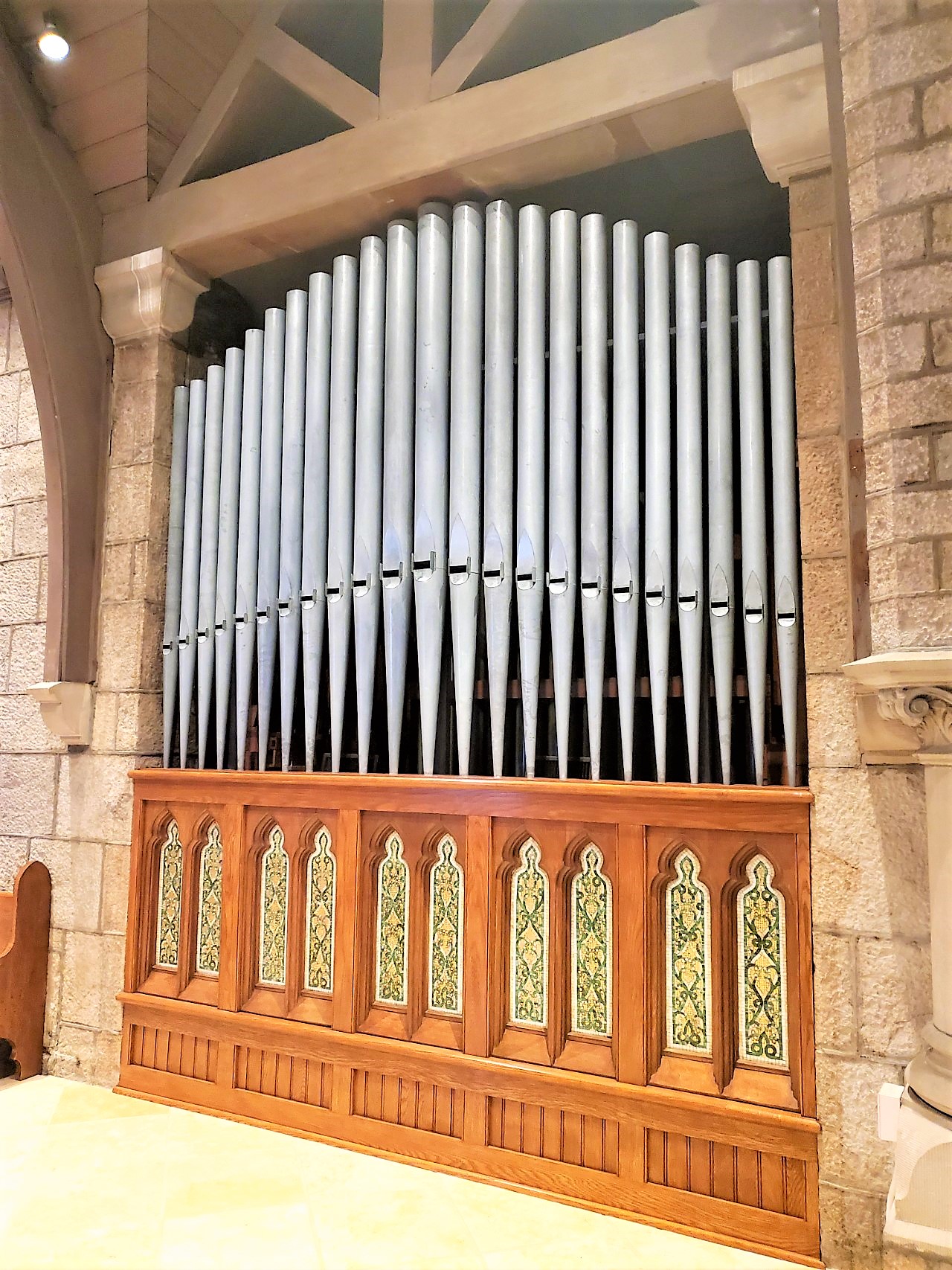 This instrument has been viewed 580 times.