We received the most recent update for this instrument's status from Database Manager on July 04, 2018.

All: We received the most recent update for this division from Database Manager on July 04, 2018.

Main: We received the most recent update for this console from Database Manager on July 04, 2018.

Updated through online information from James R. Stettner. -- The two ranks added were a Kilgen, tenor C. 8' Voix Celeste (which may have been either used or new), and a new Reuter 8' Trumpet - both playable from the Swell. In 1992, Marceau & Associates of Portland were contracted to move the console. At this time a 4' Principal was added to the Swell and the existing 4' Harmonic Flute was transposed to 2' pitch. Sources: Balcom and Vaughan opus list and files; extant altered organ documented August 26, 1991 and previously, church files.

Identified through online information from James R. Stettner. -- Reinstallation in the new church of the existing, used 1912 Kimball previouly electrified and installed in the former church by Balcom and Vaughan in 1936. Two ranks were added and the Pedal was unified. 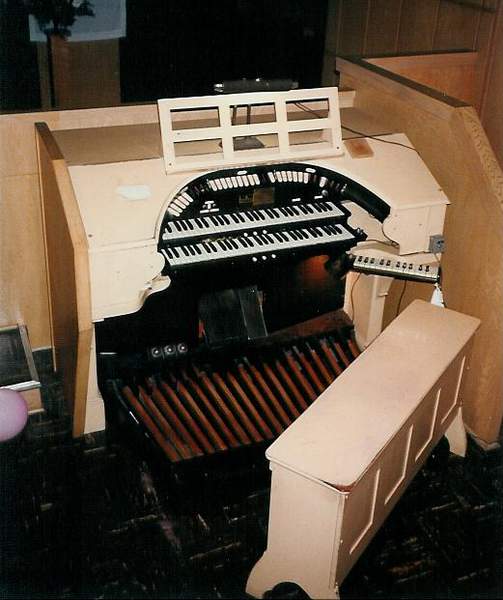 This instrument has been viewed 66 times.