Updated through online information from Timothy E. Conyers. -- During my tenure as organist-choirmaster (1986 - 1989), the Holloway Corp. reinstalled a set of pipes removed under a former priest. I was told a former organist used the stop frequently and its sound was disturbing. The pipes were located by the balcony stairs and could be seen next to the stairs when exiting the balcony. The pipes were very small, not much longer than 12 inches. I believe it was the II Cymbale stop. I never used the stop as it was very shrill and did not combine well with other stops. This organ is actually too large for the size of room in which it is located but contains some very nice stops. Complaints about the "loudness" of the organ are a concern when a majority of the stops are pulled and combined onto one manual. An older member once told me that Mr. Holloway designed the organ to be a show piece instrument for this area of the state. The setterboard combination system was inconvenient and time consuming to use. I found it helpful to preset a few standard combinations and only use the system when needed. The door of the setterboard has an inscription by Virgil Fox which reads, "Bravo! Best ever from Virgil Fox 9 16 67" The console has been moved at least twice. At the time of installation the console was at the front of the balcony with the organist' back to the altar. The choir was on raised platforms at the rear of the balcony. This location made it difficult for the organist to see the altar over the balcony ledge. Later the console was moved to the rear of the balcony, placed on the remodeled old choir platform and turned sideways. The choir was then placed to the front facing one another. In the 1990's the church restored the rose window located behind the swell box. This beautiful window was blocked entirely by the swell box and had not been seen in 30 years. The swell box was moved forward several feet and a spotlight was placed in the window to illuminate it at night. It was necessary to also move the console forward slightly. This instrument is in excellent condition.

Visited by the OHS, 2007 Convention

Source not recorded: Open In New Tab From 2007 convention program
We received the most recent update for this stoplist from Database Manager on April 09, 2020. 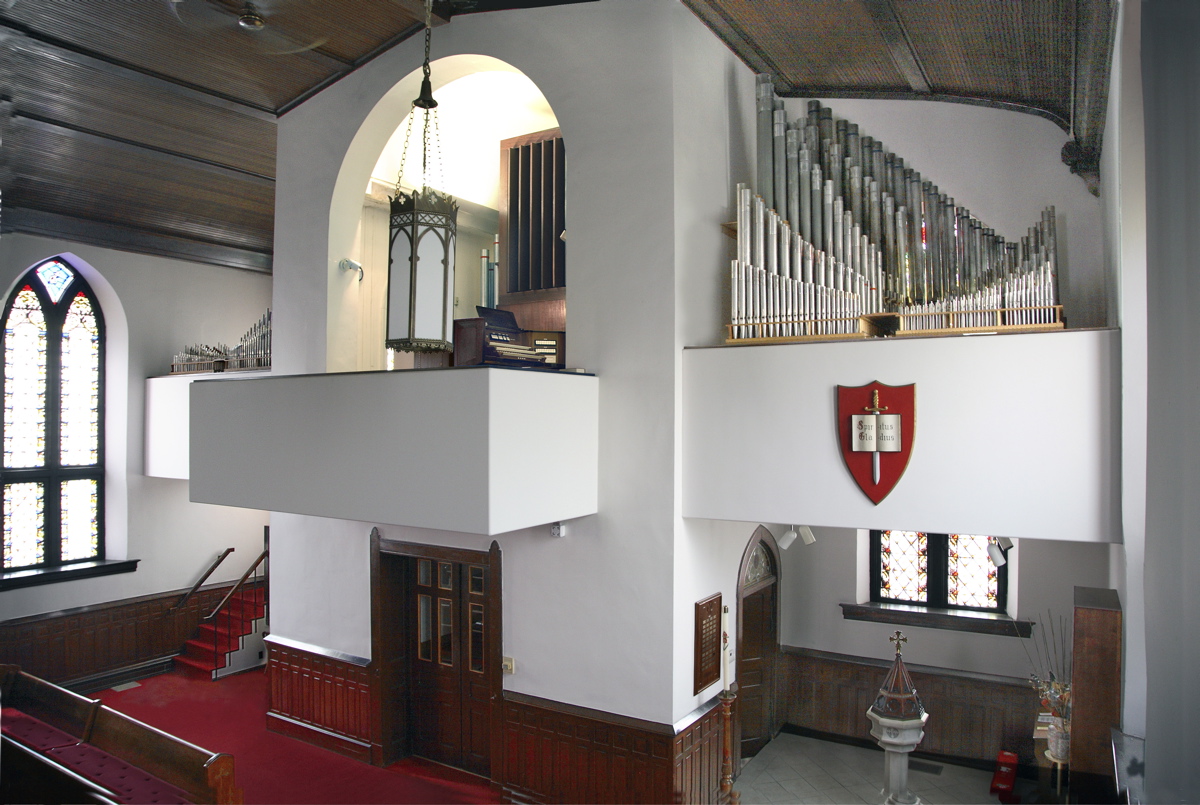 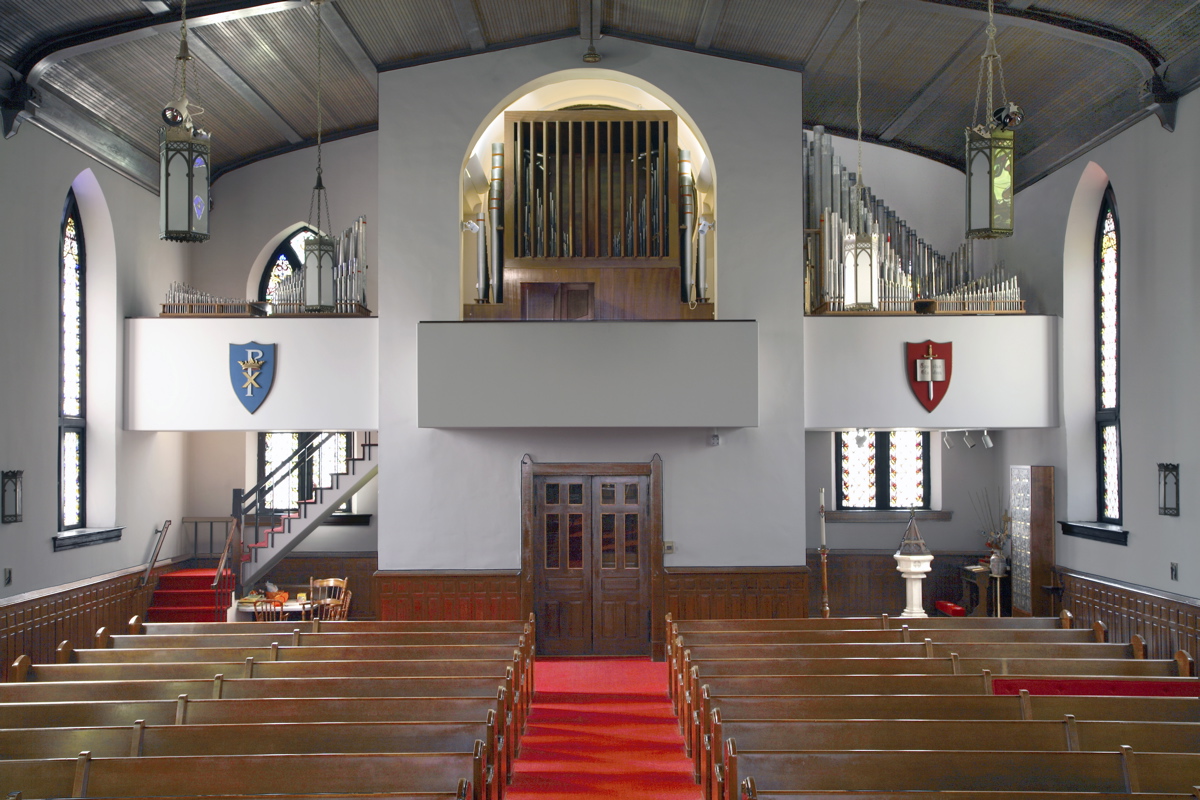 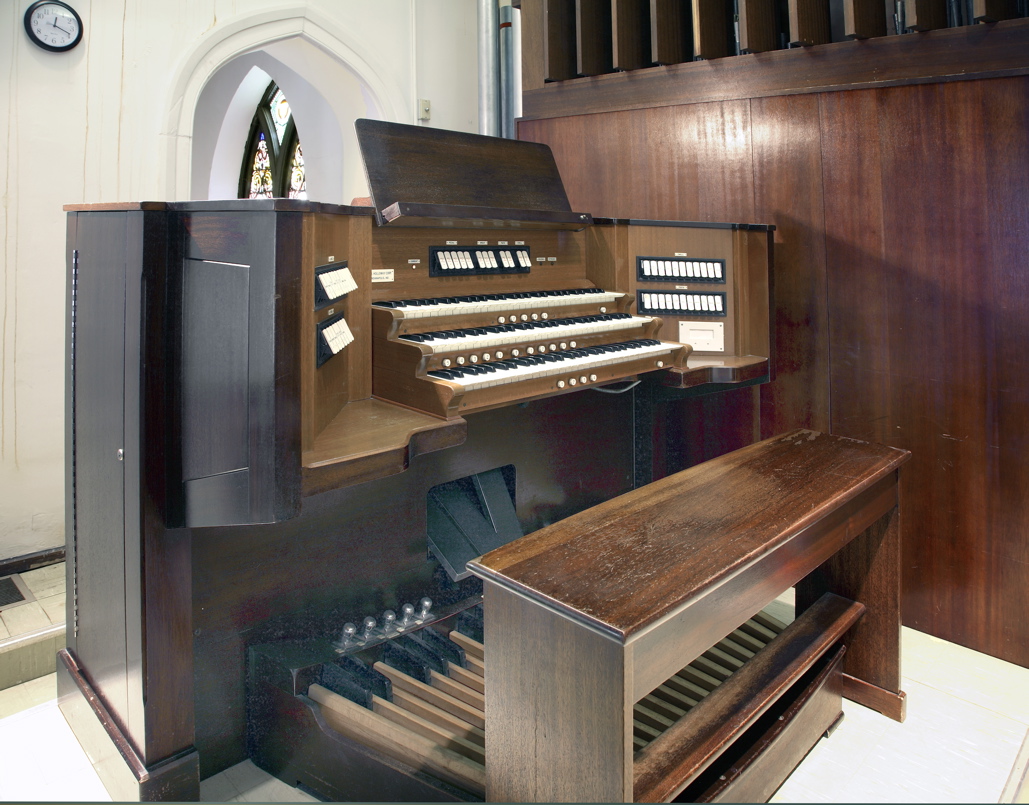 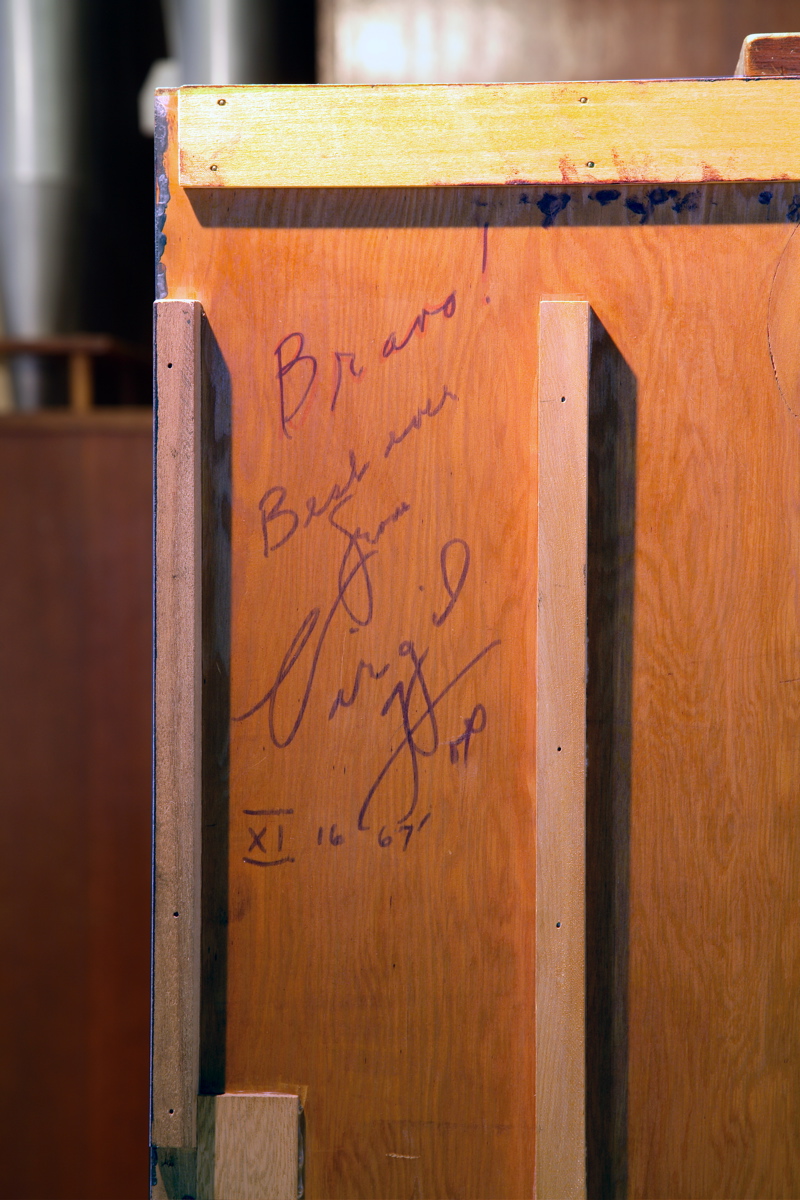 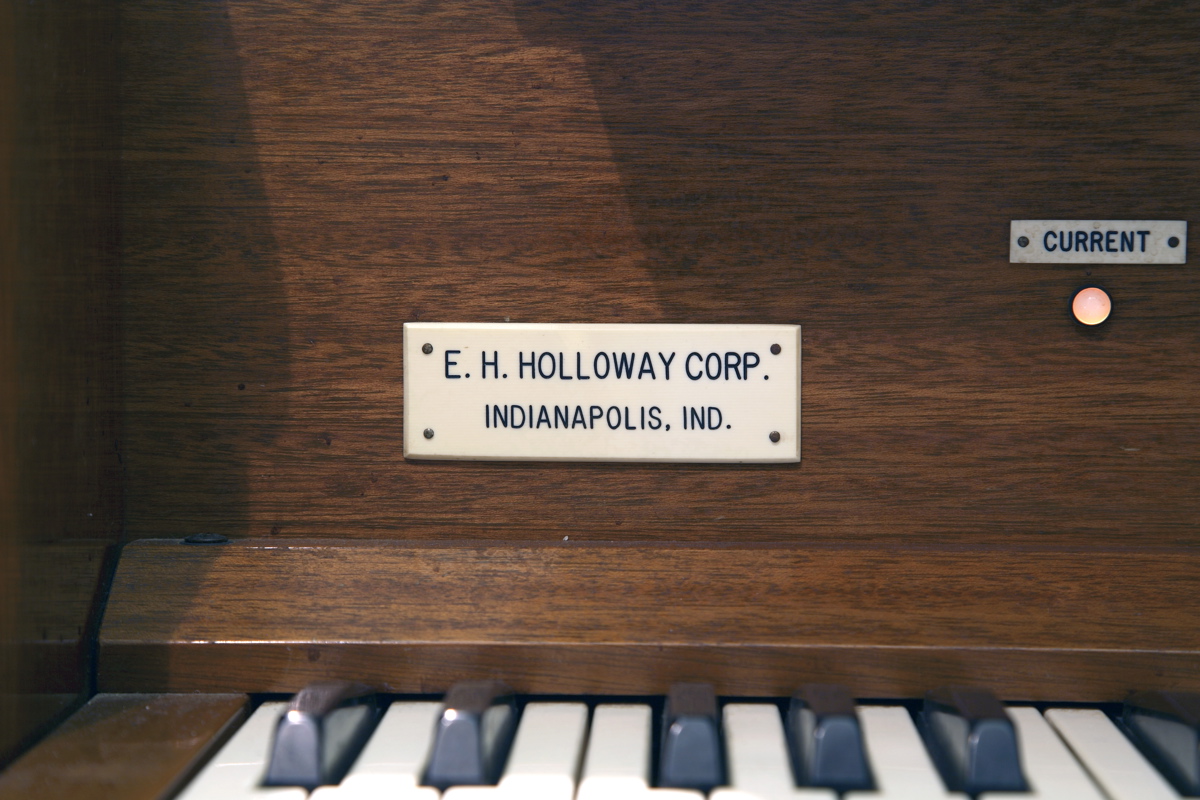 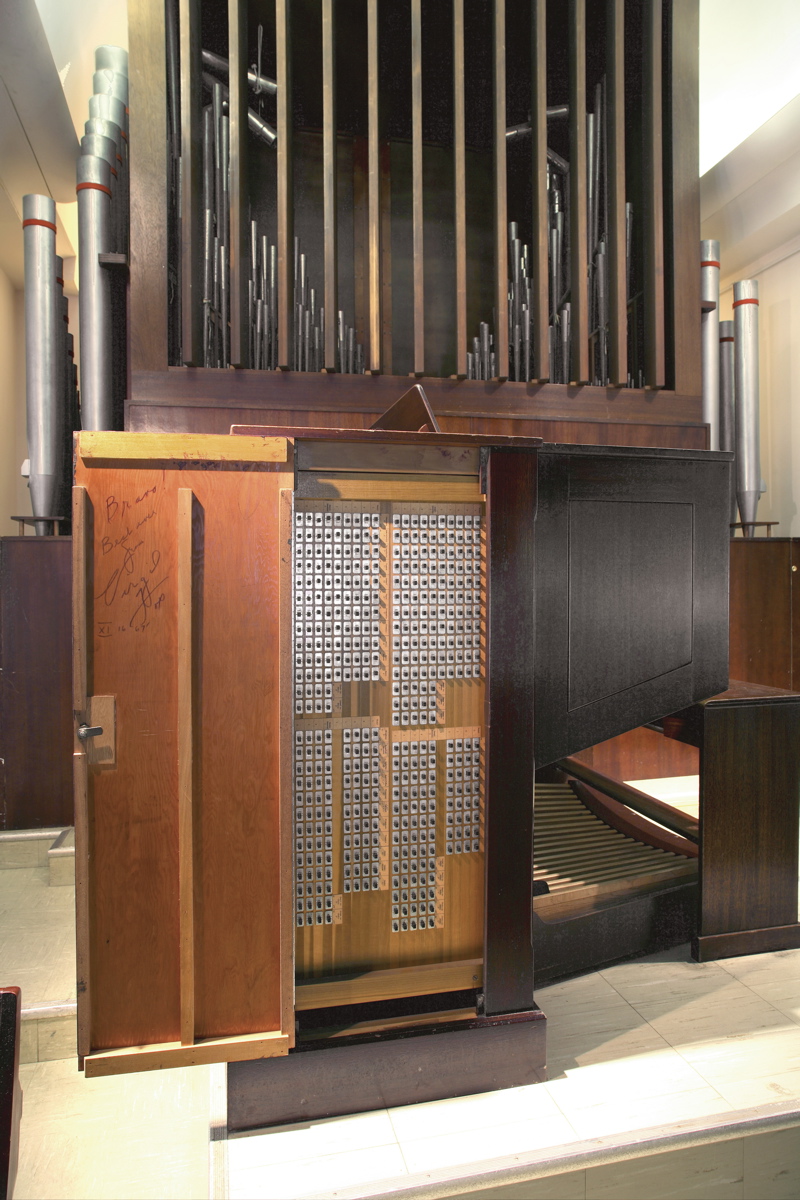 This instrument has been viewed 28 times.