Updated by William M. Worden, who has heard or played the organ. William M. Worden also named this publication as a source of information: Detroit Free Press, June 5 and June 7, 1877.
Fort Street Presbyterian burned to a shell in 1876. It then had a less serious fire in 1914 that left the Odell cases intact but did serious damage to the building (other damage to the Odell is unknown), after which the Wangerin-Weickhardt was installed. Although information in this entry states that some part of the original Stevens organ survived in the Wangerin-Weickhardt, photos of the burned-out church in 1876 suggest that this is not possible. Elements of the 1877 Odell, however, were apparently retained and remain in the organ today. The two Gothic-arched flats on either side of the case are from the Odell, while the center flat with its shallow concave downward curve was added by Wangerin-Weickhardt; it seems that the Odell was in divided cases and the console was attached to the side of one of the cases, but this is oral history. The older pipework thought to be Stevens is likely Odell.

Identified through online information from Douglas W. Craw. -- The Organ contains a small portion of the original instrument built by George Stevens in 1855 when the church was erected. The Wangerin-Weickhardt organ was installed in 1914 after a devastating fire almost destroyed the church. The instrument has been updated periodically with a new 4 manual console by Moller in 1953 and pipework additions and voicing by Charles McMannis in 1955. Further additions took place in the 1960s & 1970s. A major renovation with further additions took place in the early 1990s. 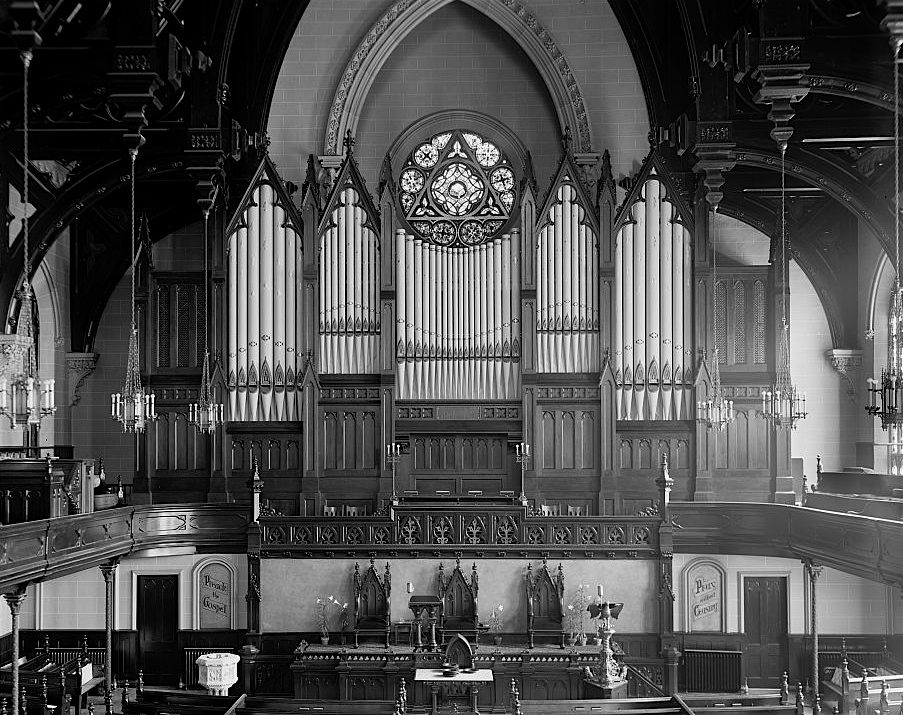 Chancel and Organ Case: Photograph by the Detroit Publishing Company; image courtesy of the Library of Congress. Taken on 1915-03-21 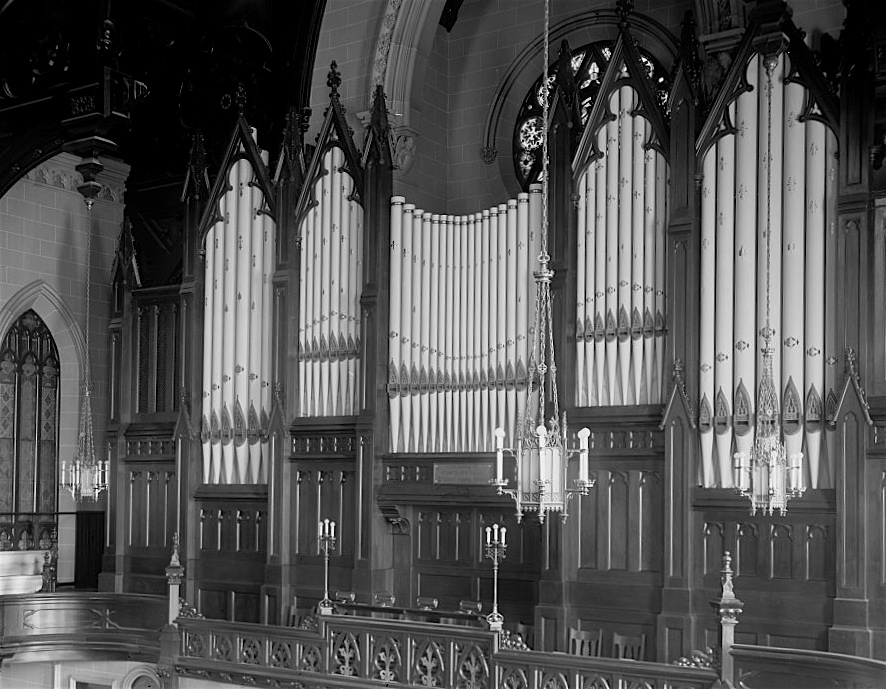 Organ Case: Photograph by the Detroit Publishing Company; image courtesy of the Library of Congress. Taken on 1915-03-21 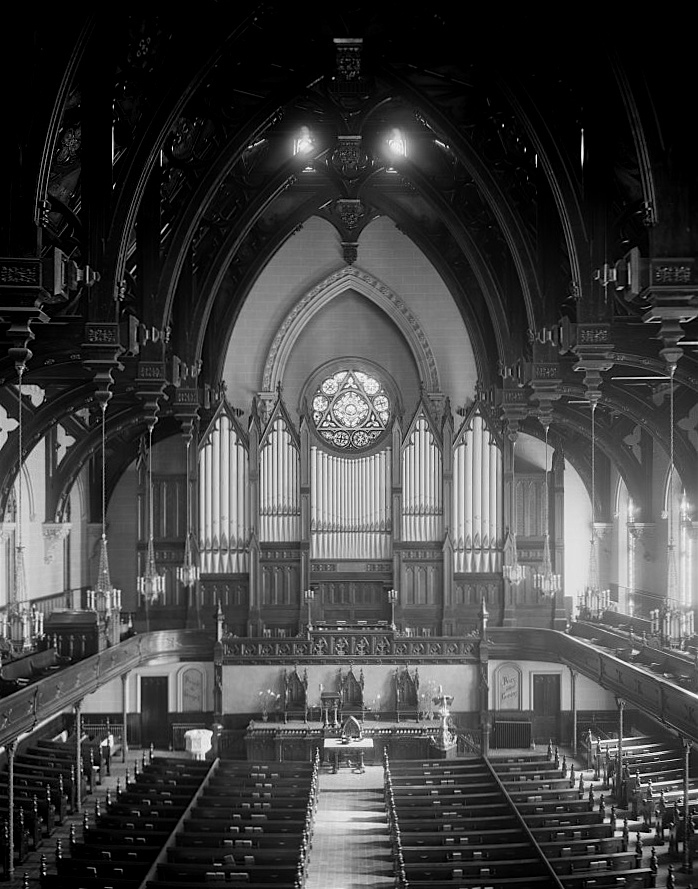 Sanctuary Interior, Chancel, and Organ Case: Photograph by the Detroit Publishing Company; image courtesy of the Library of Congress. Taken on 1915-03-21

This instrument has been viewed 185 times.