We received the most recent update for this instrument's status from Lawrence Casey on June 01, 2022.

Ownership of the church building was transferred from the First Alfred Seventh Day Baptist Church to Union University Church in July 2021.

We received the most recent update for this note from Lawrence Casey on June 01, 2022.
Database Manager on January 04, 2013:

Updated through online information from Scot Huntington. -- The town was originally known as Alfred Center. The organ was placed in the refurbished sanctuary following the 1929 Palm Sunday fire which severely damaged the original 1886 Steer & Turner instrument, op. 211. The Moller was purchased by the Rosebush family in memory of their mother Sara.

The initial arrangements were handled by Stephen Rosebush of Appleton, Wisconsin, on behalf of the family, (and who had initially made contact with Ford & Reynolds, the territorial Moller agent in Chicago ), but the town of Alfred fell within the jurisdiction of Buffalo agent R.J. Jackson who had also negotiated directly with the church. A major row then ensued between the two Moller agents as to who was owed the substantial commission. F&R was notorious for paying graft under the table in order to secure a contract, and had promised a kickback to Stephen Rosebush as well as a commission to an organist in Appleton, Wisconsin whom they were cultivating for the purpose of recommending Moller organs to potential clients, and who, as a friend of the family, was responsible for dictating to the factory the rather bizarre and illogical stop tablet layout. Ultimately, the Alfred church intervened on behalf of Mr. Jackson whom they felt provided outstanding service, and the two Moller agents split the commission with the factory, also making the "commission" payments to the two Wisconsin parties.

Owing to the difficult financial conditions of the time, the family giving the organ was not able to complete their payment obligations until November of 1931. The contract was signed in March, 1930 and the organ was delivered the following June. In addition to Moller, the other builders submitting tenders for the project were Austin, Estey, Gottfried, and Marr & Colton.

The original pneumatic relays and switches were replaced with noisy and slow electro-magnet supply house units in the late 1960s, and current plans are hoping to replace these failing units with solid state equipment in order to return the action to its original quick response.

In the 1980s, members from both churches using the ca. 1850 building, (the Alfred Seventh Day Baptist and Union University congregations), releathered the windchest valve actions. The on-going renovations of the organ are now under the care of the Parsons Organ Co. of Penfield, NY, and under whose direction the Tuba was recently refurbished by Broome & Co. of Granby, Connecticut.

The organ woodwork is walnut, and the facade pipes were originally painted "antique gold bronze."

The above information is from the extensive correspondence file maintained in the Moller Collection by the OHS American Organ Archives.

Source not recorded: Open In New Tab Stoplist taken from the console January 11, 2012
We received the most recent update for this stoplist from Database Manager on April 09, 2020. 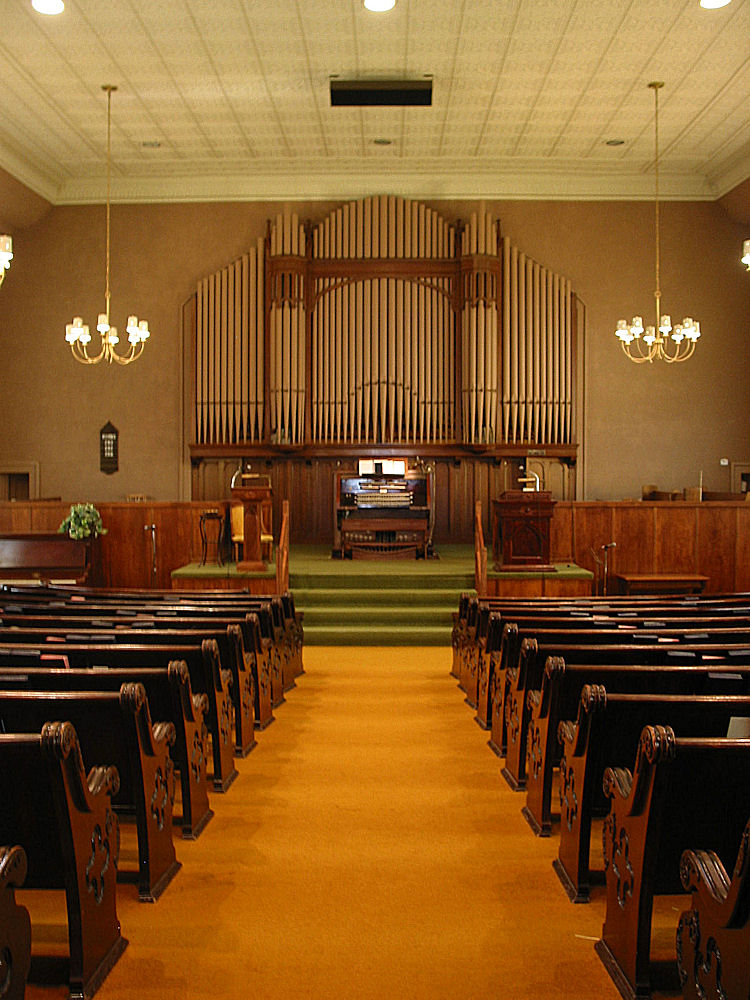 Church interior with facade: Photo by Virginia Haynes. Taken on 2007-03-01 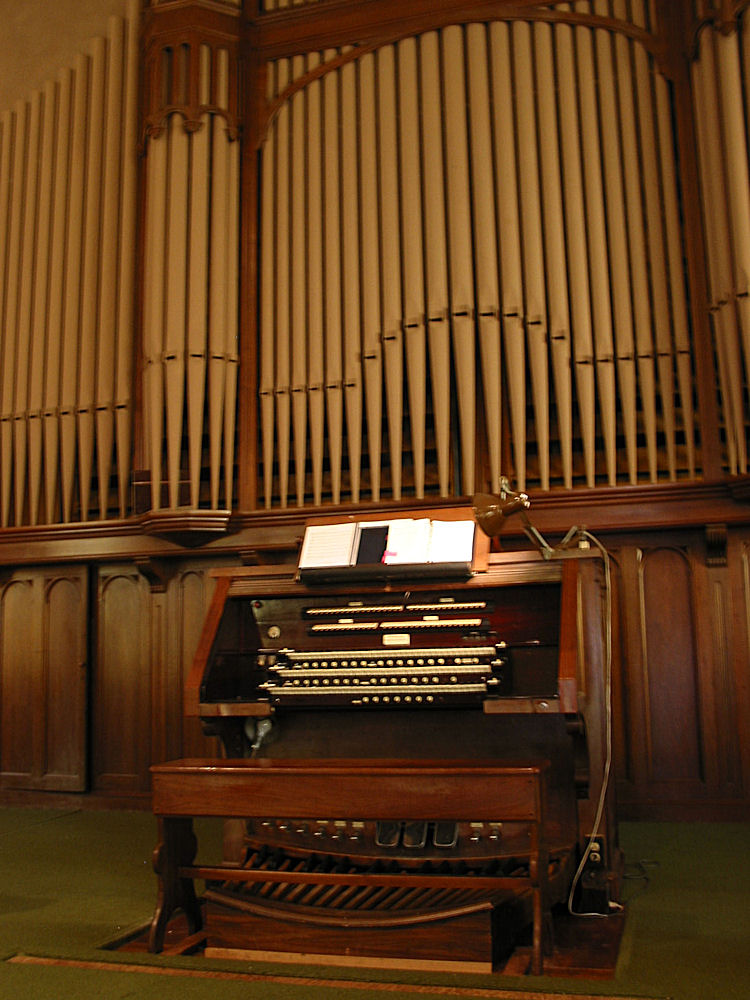 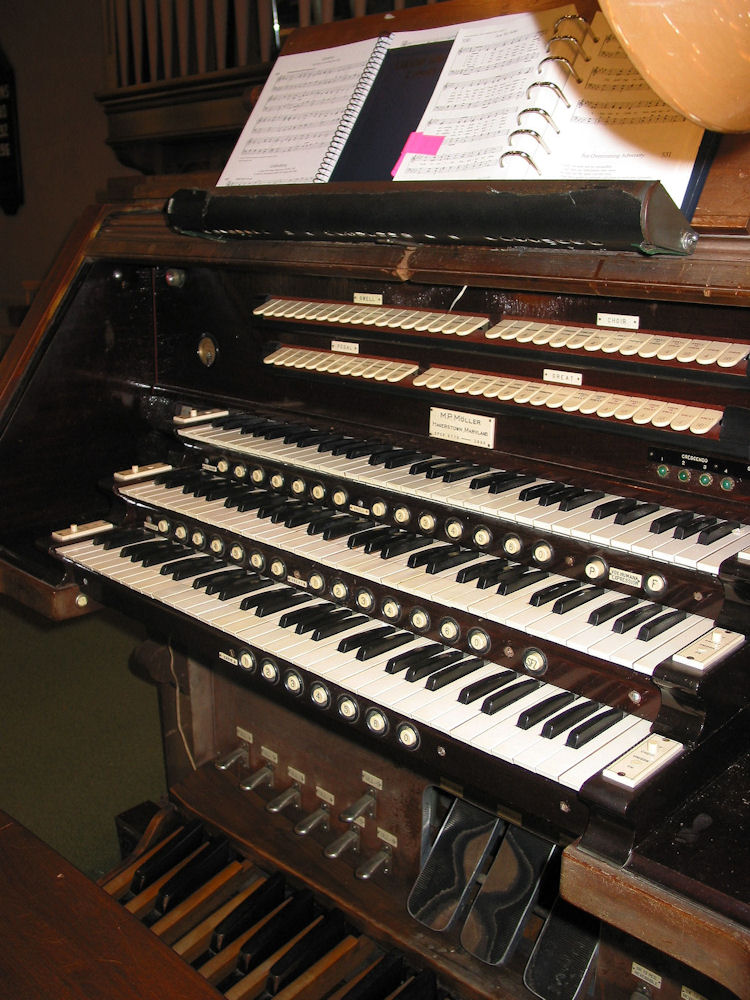 This instrument has been viewed 526 times.