Built in 1938 as touring organ for Reginald Foort of Great Britain. Organ was sold to the BBC, which acquired the former Jubilee Chapel (an unused Methodist church) in Hoxton (north London), for a new broadcasting studio; the organ remained there for almost 30 years. In 1963, the organ was sold to Dutch Radio Hilversum, largely at the behest of organist Cor Steyn, and installed in a church ("Tesselschadekerk") in Hilversum, The Netherlands. Cor Steyn died soon after the organ went on the air; due to a lack of suitable players, the organ remained silent for most of its time in Holland. In 1973, Peter Möller Daniels of M.P. Möller, inspected the organ for a prospective buyer, Preston M. (Sandy) Fleet, who wanted it for his Organ Power Pizza #2 restaurant in Pacific Beach, California. The organ was shipped to the Möller factory where it was refurbished. Several alterations were made: the Doppel Flute was replaced with a Brass Saxophone, while the original Saxophone was replaced by a French Horn; the Post Horn was extended down to 16' pitch, and the rebuilt console was refinished in white and gold. After installation in the restaurant, the organ was dedicated by Reginald Foort in November 1975. By 1979 the organ was for sale again. When the organ became available, Gordon Belt and J.B. Nethercutt purchased the organ and donated it to the city of Pasadena for installation in the Civic Auditorium. Dave Junchen and Steve Adams installed the organ over a period of nine months, spending much time re-regulating its pipes and tremulants toward a more theatre organ sound. Tom Hazelton played the dedication concert on April 23, 1980; Reginald Foort was in attendance, and was moved to tears. 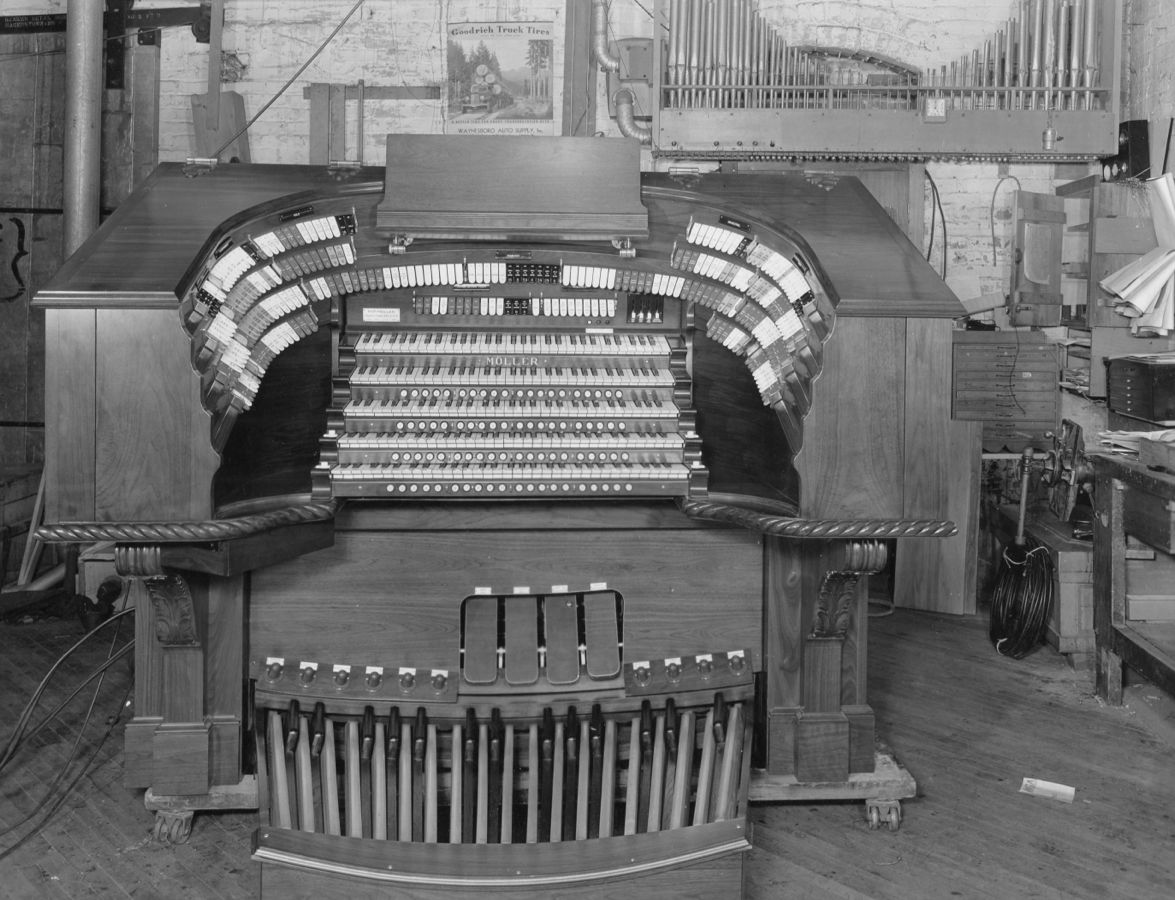