We received the most recent update for this instrument's status from Adriaan Roux on August 01, 2020.

All: We received the most recent update for this division from Adriaan Roux on August 01, 2020.

Main: We received the most recent update for this console from Adriaan Roux on August 01, 2020.

Updated through online information by Adriaan Roux. -- When the organ was installed in the building, then named NG Elsies Rivier, in 1947 by Cooper, Gill and Tomkins of South Africa the area in which the church was built was known as Elsie's River.

In subsequent years the area names or rather the borders of the suburbs moved around. The church now stands in Vrjizee, Goodwood, Cape Town, and Elsie's River is a few kilometers away from where it once was. The name of the congregation has been NG Vrjizee since about the 1950's or 60's when the area name changed

The organ is very largely unaltered. The windchests and pipes are all original. The switching system of the organ was replaced in the 1990's by a SSLL system of England.

The pneumatic setter system of the console was also replaced by solenoids. The console has been moved around a lot inside the church since 1947, and this must have been the reason for replacing the pneumatic motors with solenoids. 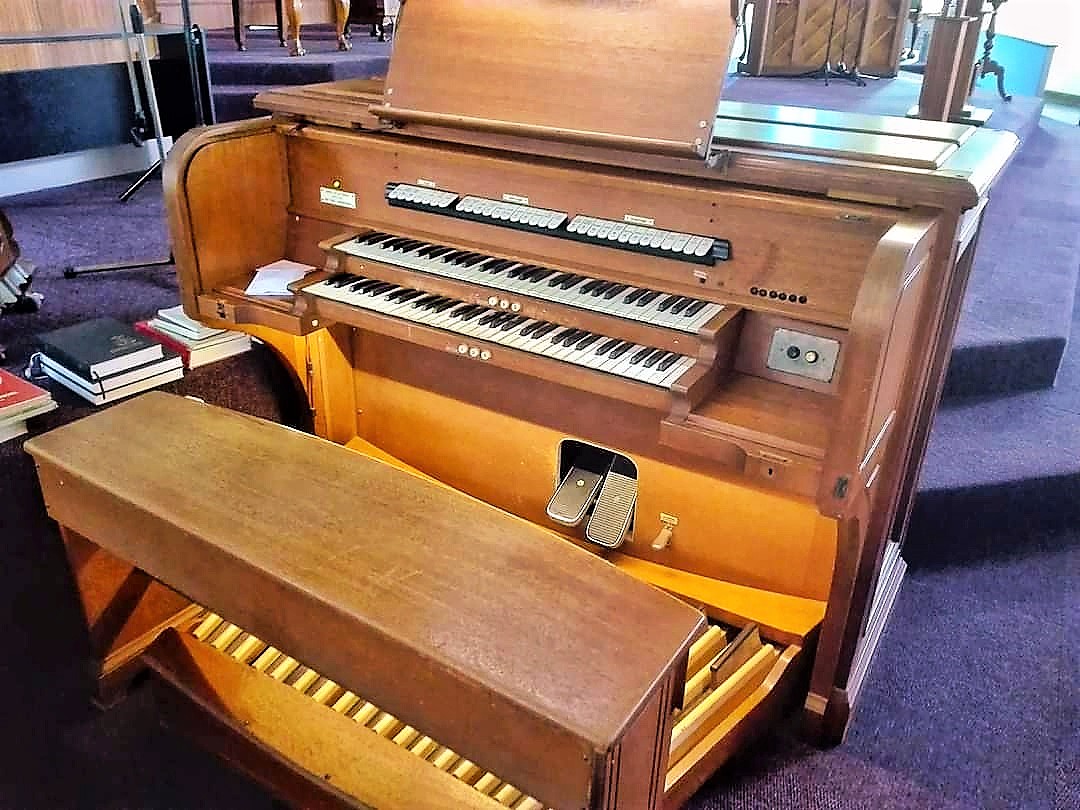 This instrument has been viewed 62 times.