Upon further inspection of the organ on 18 September 2020, it is believed that the Great 2 2/3' Quinte and 2' Super Octave ranks were either never installed due to shortage of funds or were removed sometime back. There are no present service records for this instrument.

On 25 September 2020, the Swell cut out switch was re-leathered with two new pouches as the previous leather had deteriorated. This cut out switch controls the Swell upper and lower chests within the chamber.

The Organ is tuned at standard A-440 Pitch

Church closed in 2006; buildings now used as the world headquarters for the Ecumenical Catholic Church of Christ and renamed Cathedral Abbey of St. Anthony.

Updated through online information from David Hufford. -- Pipework of this organ is original and in good condition. If actions and pipework ever existed for the Great 2-2/3' and 2' stops for which console drawknobs and electrical connections are in place, they are now gone. There is evidence that something has been removed from above the Great Main windchest. Most action leather seems to be original, but reservoirs have been releathered. Blower-driven generator seems to still be in use. Swell division is particularly filthy. Console drawknobs were replaced by another technician in recent years due to crumbling original plastic, and two of the replacement drawknobs are inaccurately engraved. I marked the organ as "altered" because of the possible removal of pipework from the Great division, and because the console was relocated to the front of the main floor (positioned at right side), reportedly in the 1970s. Console equipment remains original, except for the drawknobs.

Identified from factory documents and publications courtesy of Stephen Schnurr. Organ was altered through the removal of considerable pipework by a technician. Organ is unplayable as of 2004.

Source not recorded: Open In New Tab Stoplist copied from the factory specifications
We received the most recent update for this stoplist from Database Manager on April 09, 2020.

Original Contract: Open In New Tab Original Contract with detailed information about the organ
Document created on 1949-03-11
We received the most recent update for this document from Roman Lizak on August 21, 2020. 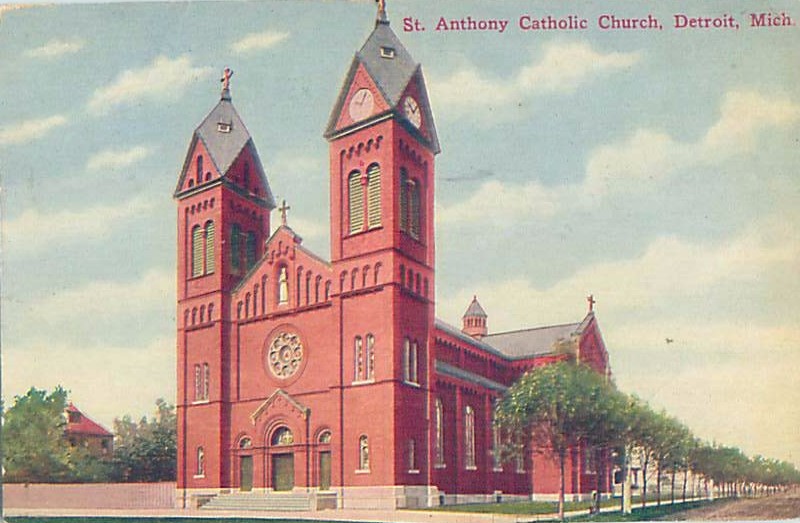 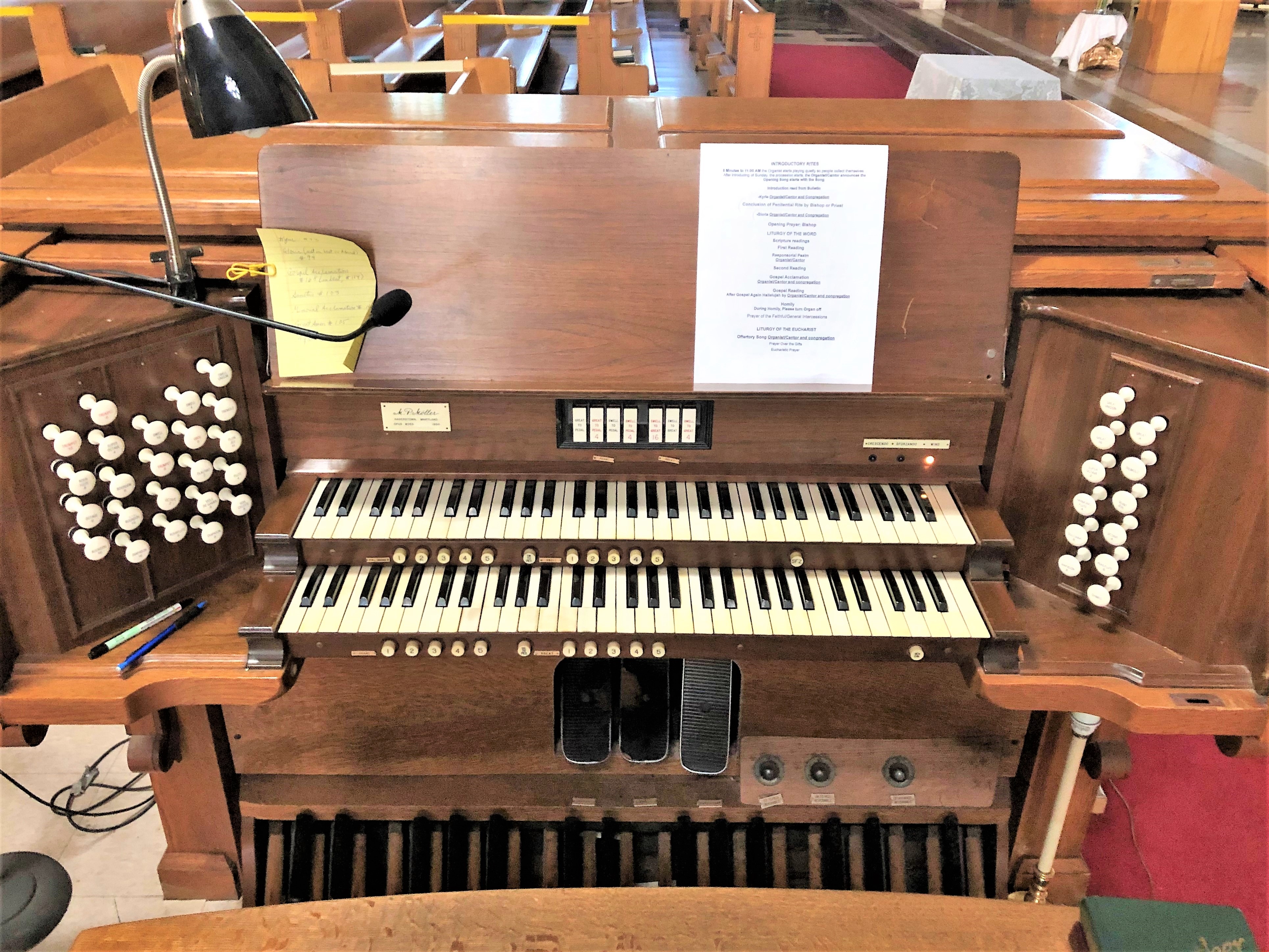 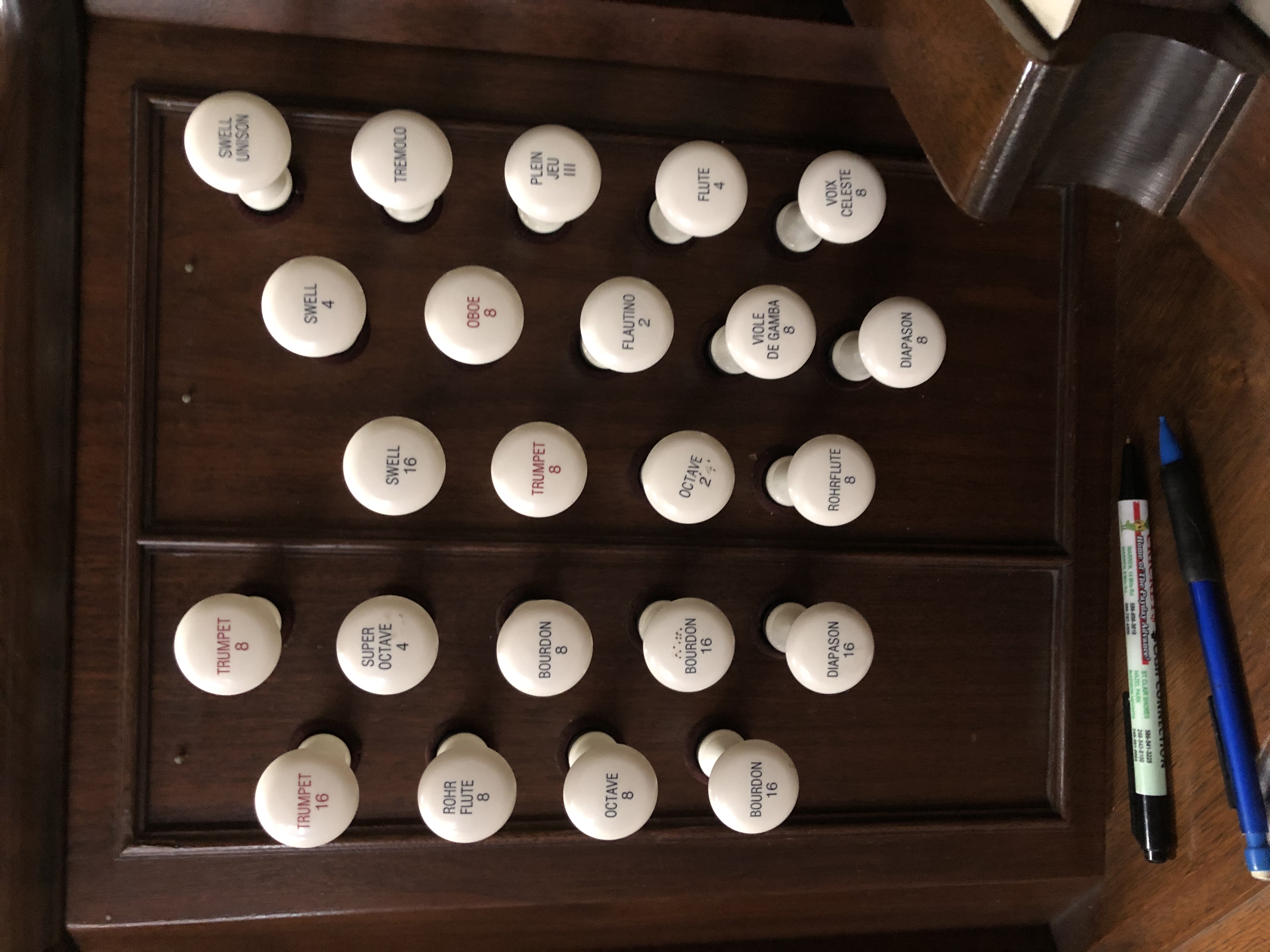 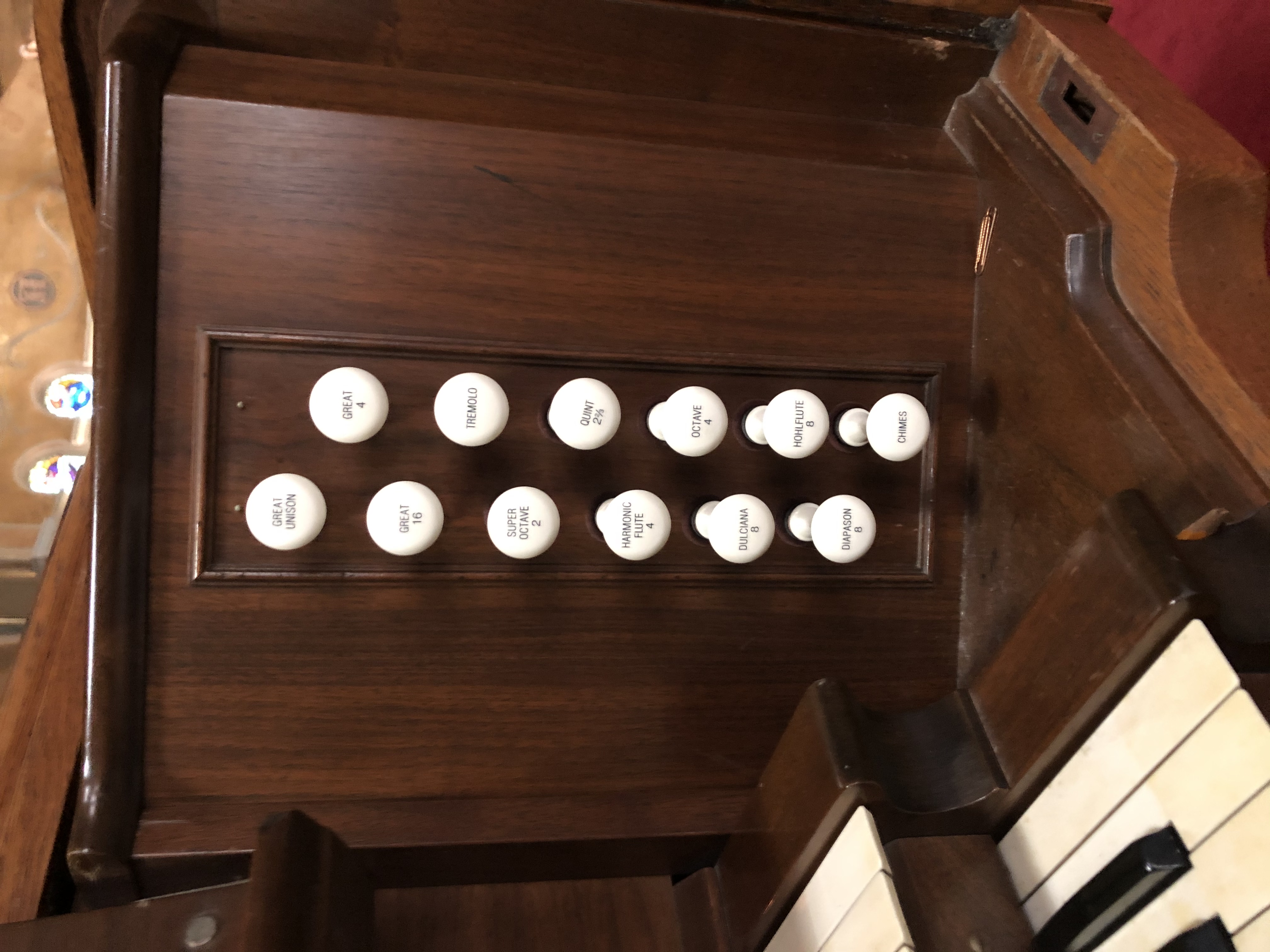 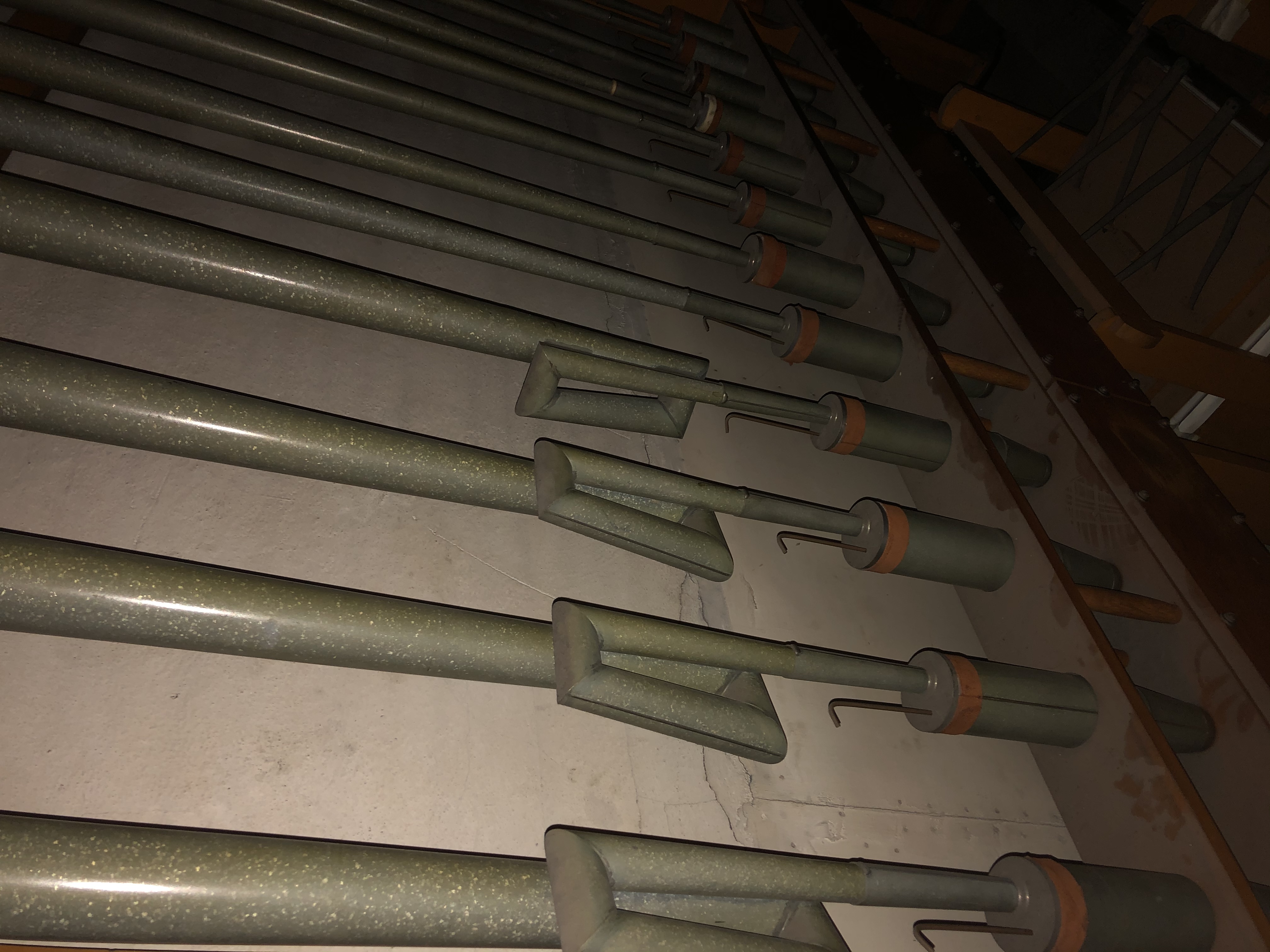 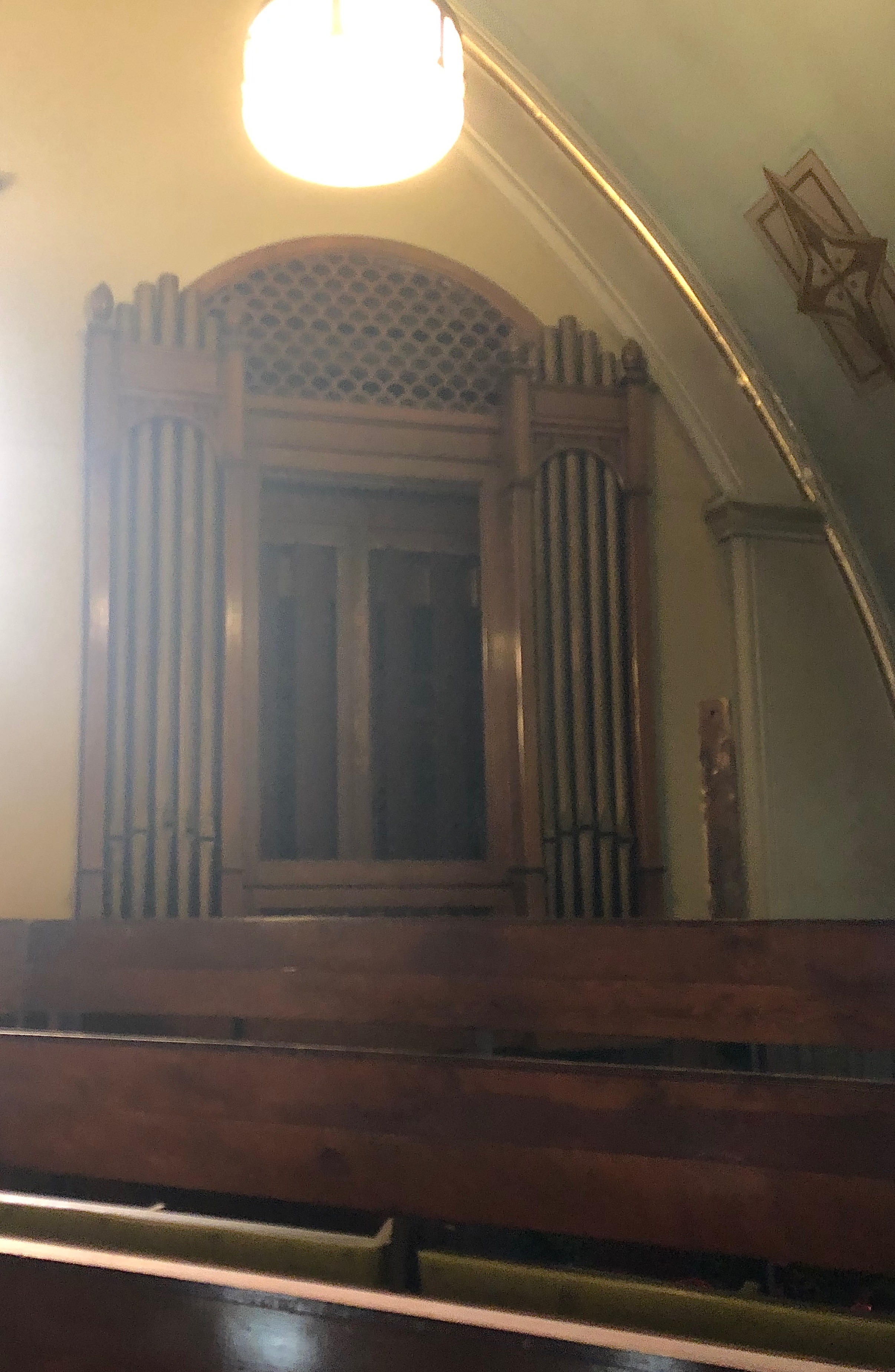 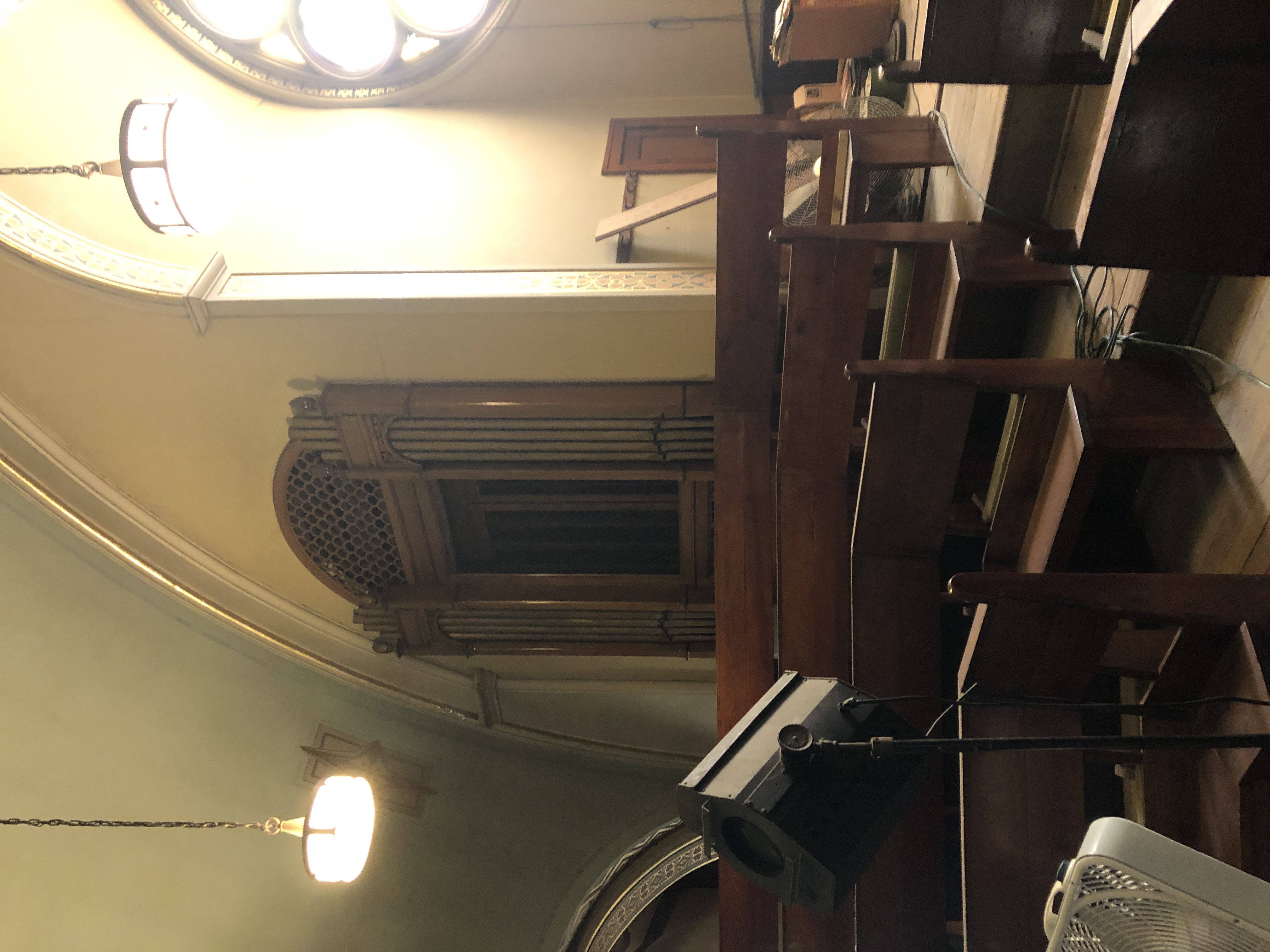 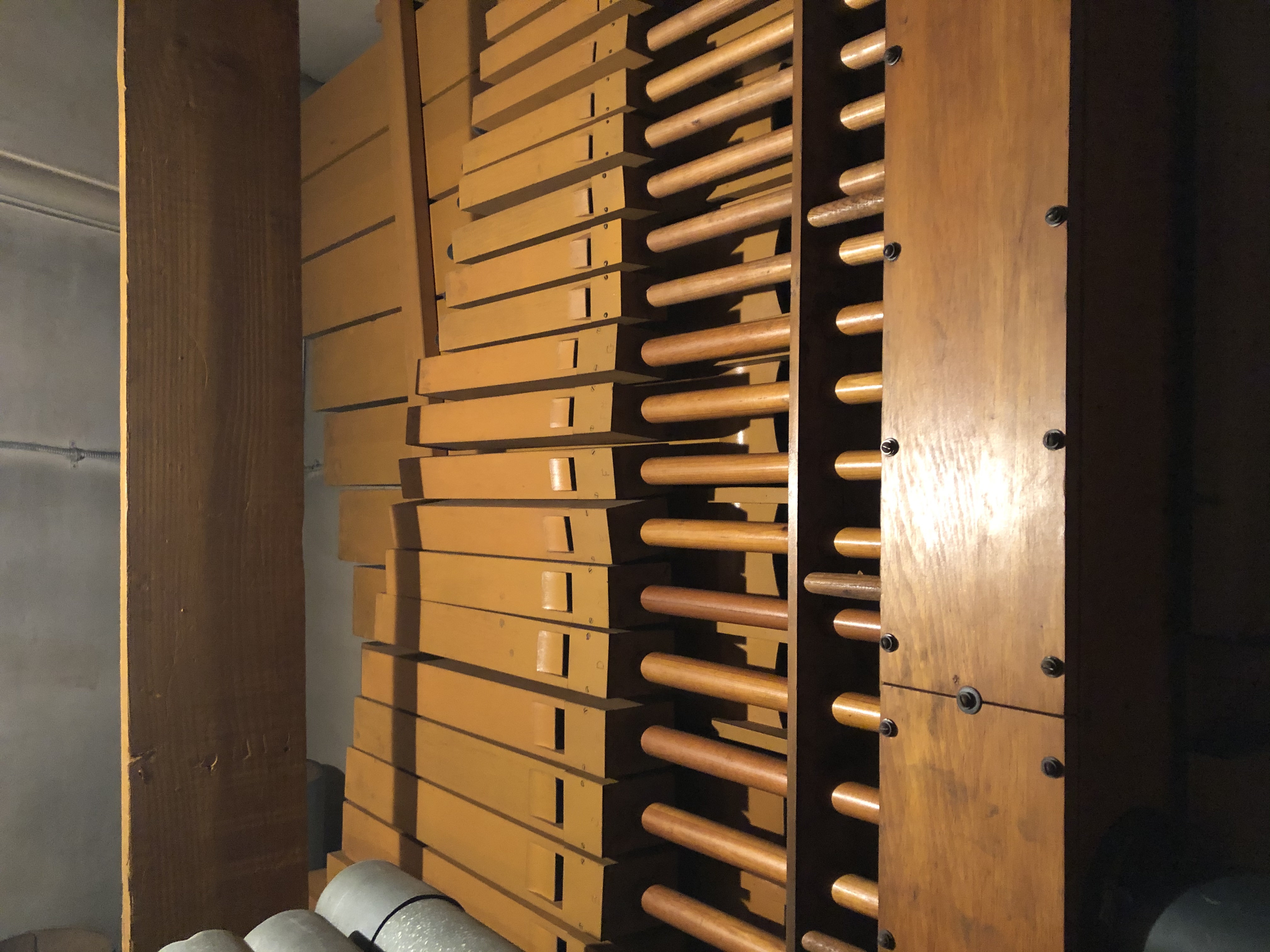 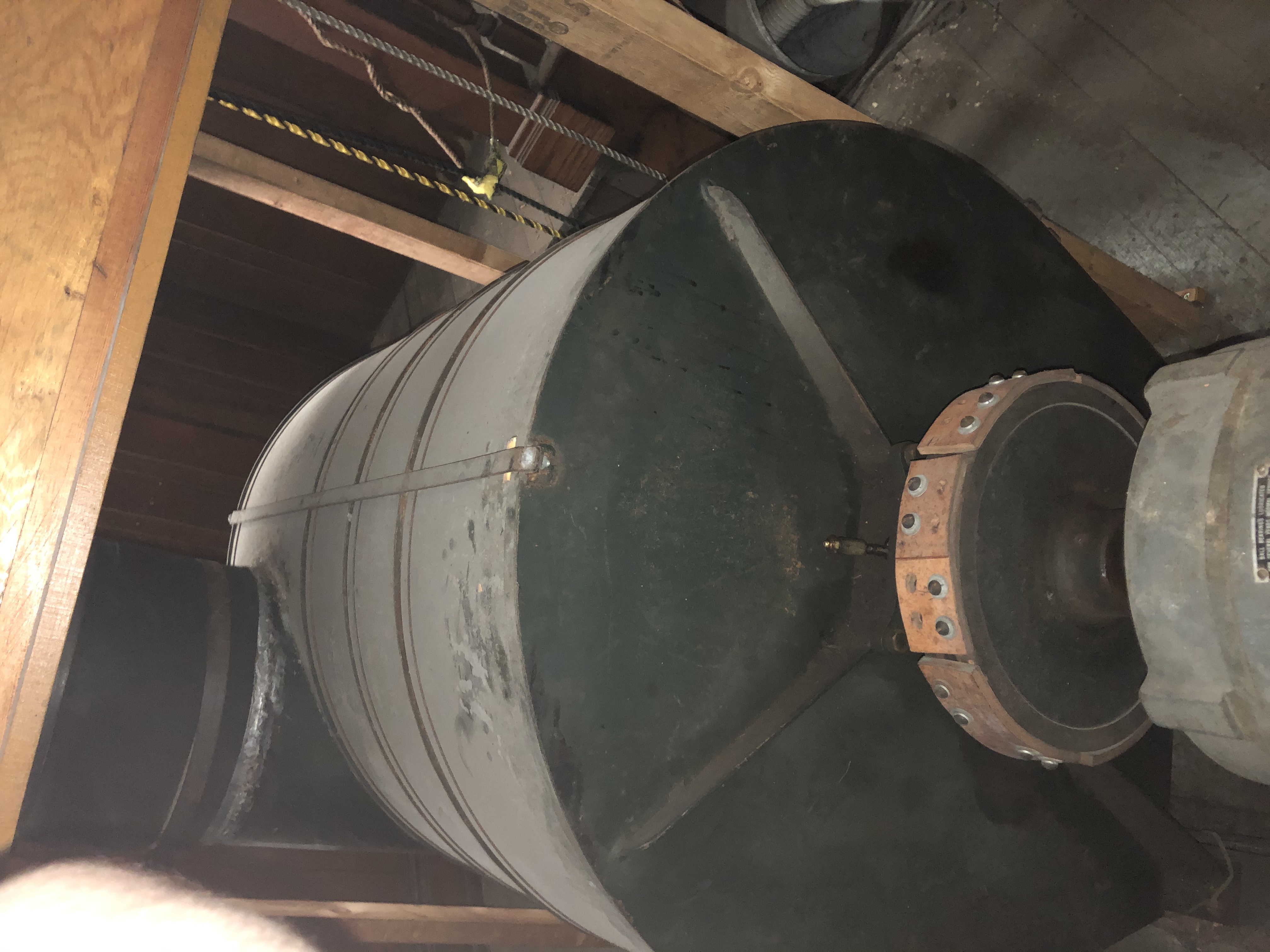 Swell upper chest with Pedal 16’ Trumpet resonators in the back : Photograph by Roman Lizak. Taken on 2020-08-28

This instrument has been viewed 207 times.