Updated through online information from Robert Holland. -- This organ was originally a 3 manual Aeolian Skinner of about 30 ranks, and in the early 70s was rebuilt and enlarged to 49 ranks by Schantz. The organ had a new console installed by Dan Garland in the Spring of 2009, and at the time I was playing it, all the stops had not been completely wired, therefore some ranks were not working. I believe at this time, the new console has been completely wired and all stops are working. The organ speaks well in the chapel which has very nice accoustics. There is a very commanding Trompette en Chamade mounted between the two Great chests in the chancel. At some point a 16' Gemshorn replaced a 16' Quintaton in the Great/Pedal divisions. The organ has a very nice sound, though there were some tuning problems partially due to the fact that the temperature in the chapel seemed to be very warm at the time, along with the fact that the organ was being worked on. I'm sure at this point it has been completely tuned and all the ranks are working. 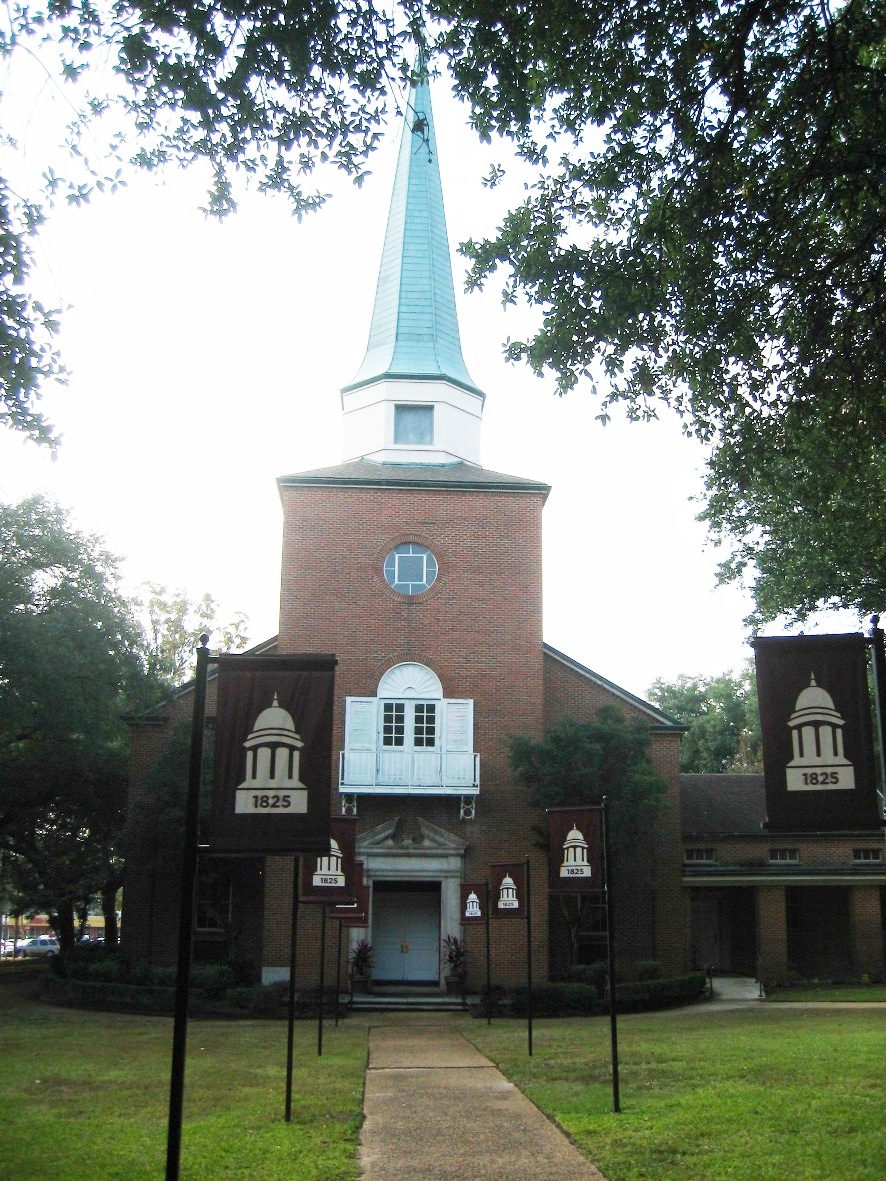 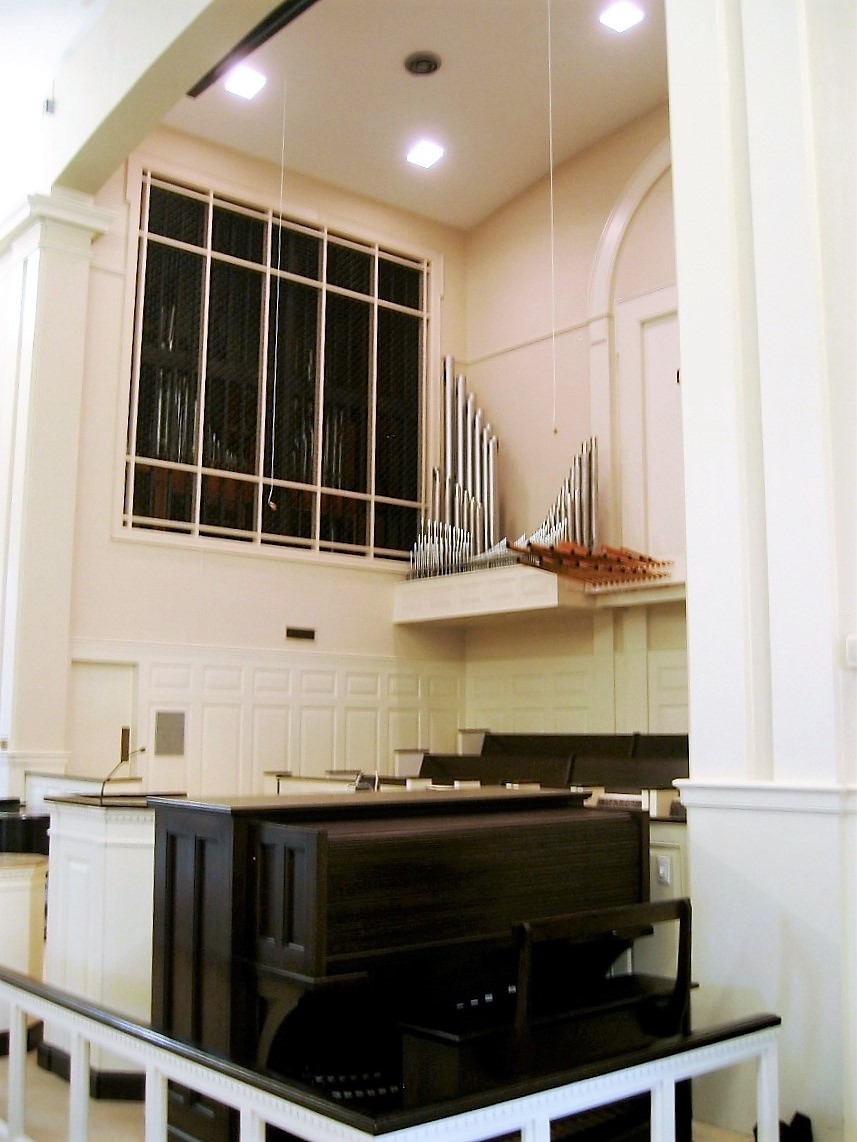 Chapel chancel and exposed pipes and chamber: Photograph by Jeff Scofield. Taken on 2017-11-03 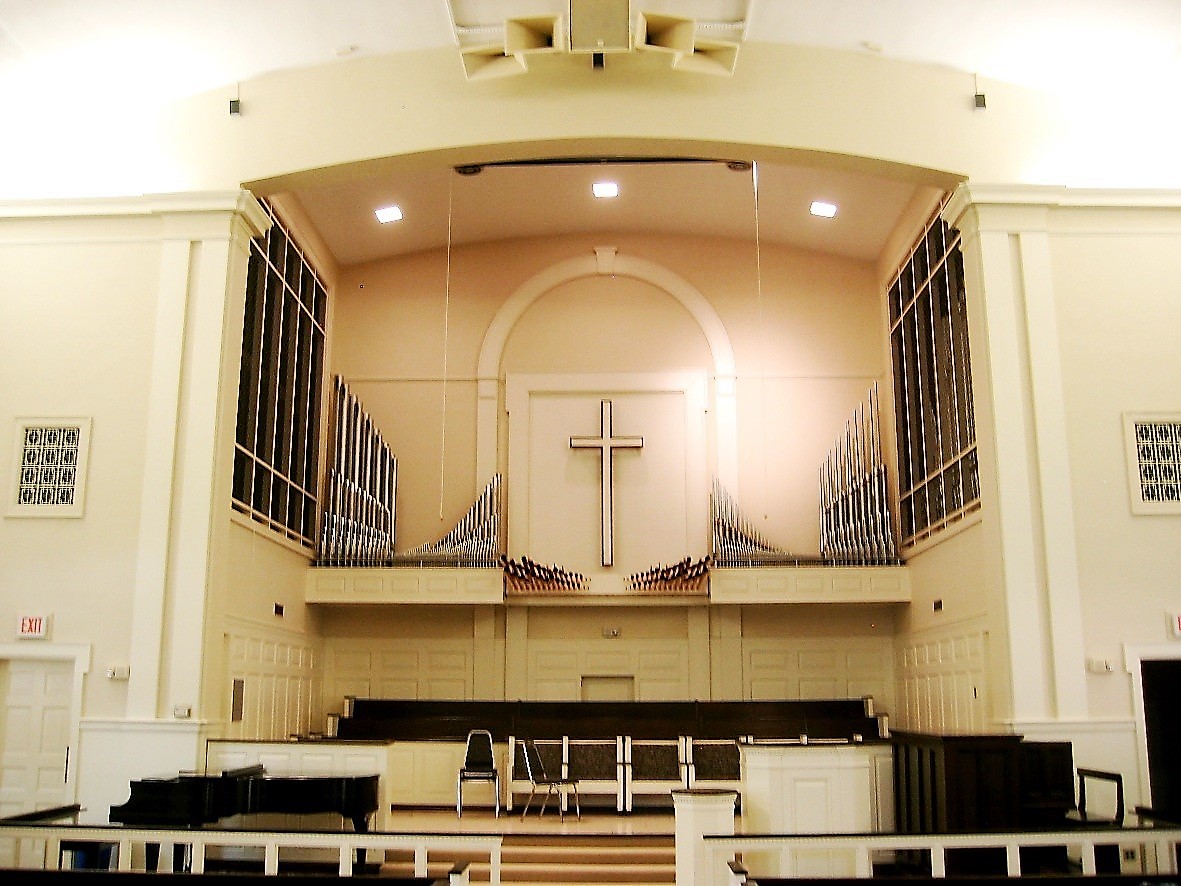 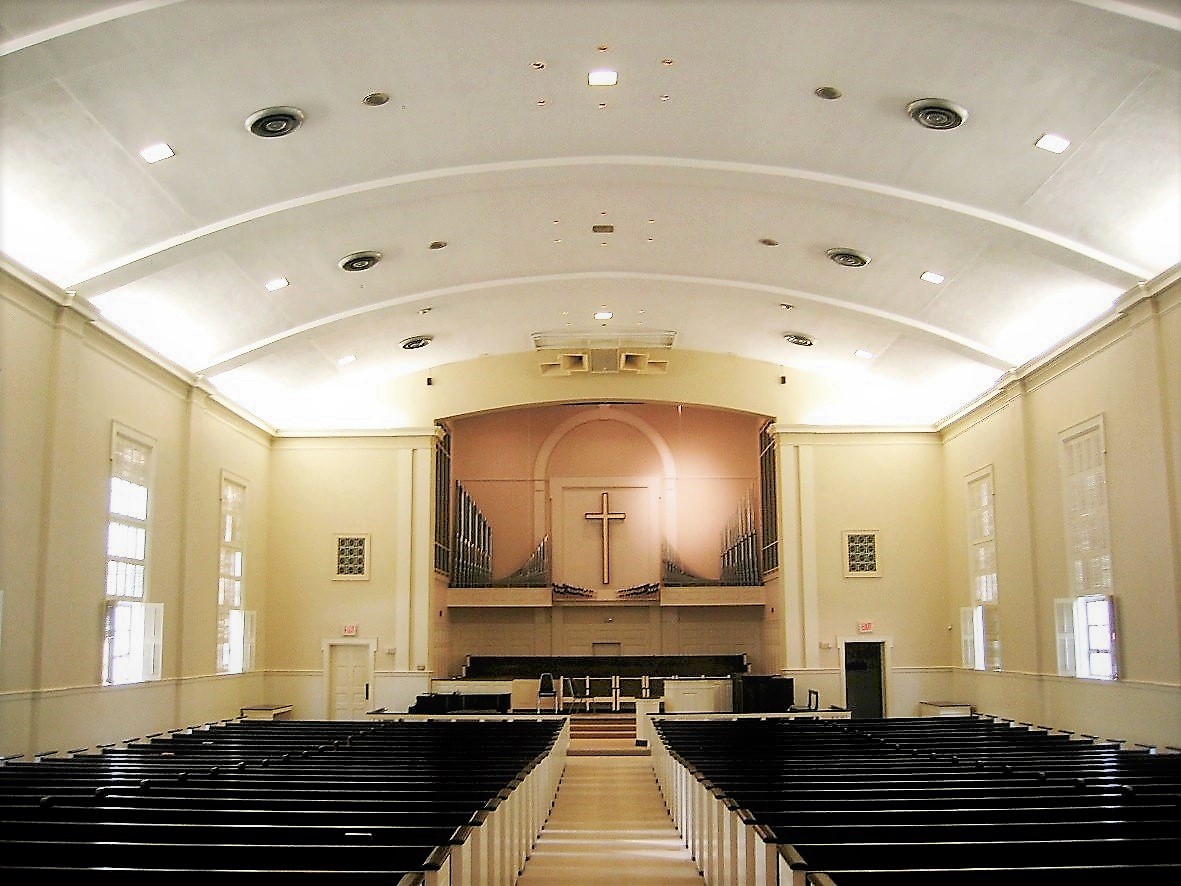 Chapel Interior from floor: Photograph by Jeff Scofield. Taken on 2017-11-03 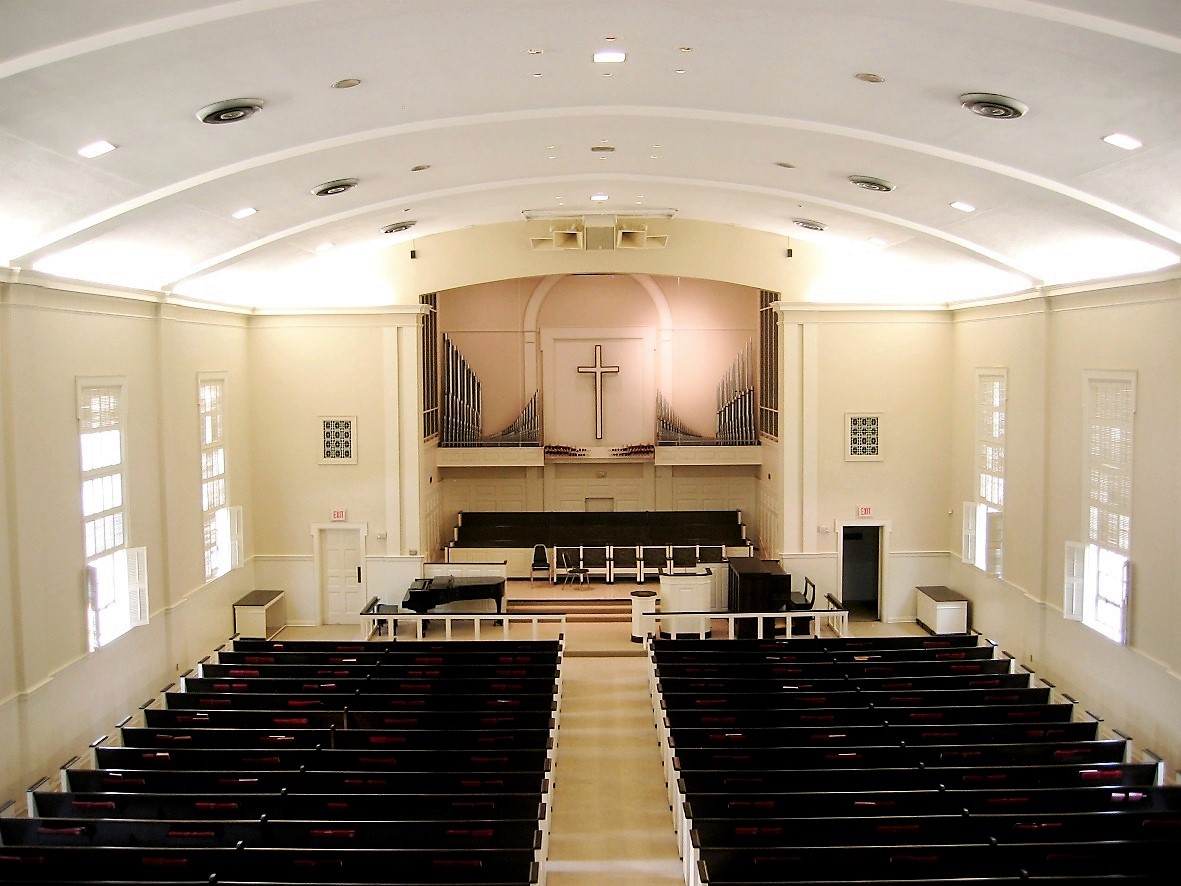