Name is Most Holy Trinity. St. Patrick is the Patron Saint. Restored by Zimmer 1993, 2-30. The facade consists of several pipes from the great Open Diapason which are gold, and stenciled on them is a lovely pattern in red, plus (translation from the Latin, I forget the words) Praise the Lord with Choir and Organ. It consists of twenty-nine ranks, one 16' rank on each manual, plus three (diapason, flute, and trombone) in the pedals. The reeds are beautiful (pedal Trombone, great Trumpet, and swell Cornopean). It has a marvelous tone and a very stiff action. Date also listed as 1871 but newspaper articles confirm the 1868 date. The church's web page (2003) indicates the organ was restored in 1994 by Messrs. Henry Hawkinson and Morris Spearman of Charlotte, North Carolina (working for Zimmer??)

The pipe organ in the Church of the Most Holy Trinity is thought to have been built in New York during the Civil War but not installed until October 1868 because of the Union blockade of Southern ports. Built by George Jardine and Son of New York City, it contains 1,520 pipes. The organ was the first large instrument built by Jardine for a Southern church in the Post-bellum period. In 1994, the organ was completely restored by Messrs. Henry Hawkinson and Morris Spearman of Charlotte, North Carolina and was selected by the Organ Historical Society as "an instrument of exceptional historic merit, worthy of preservation." Most Holy Trinity's organ is the largest extant 19th-century organ remaining in the South and one of the largest Jardines in the country. (church web site, 2014)

Source not recorded: Open In New Tab Specification from church web site
We received the most recent update for this stoplist from Database Manager on April 09, 2020. 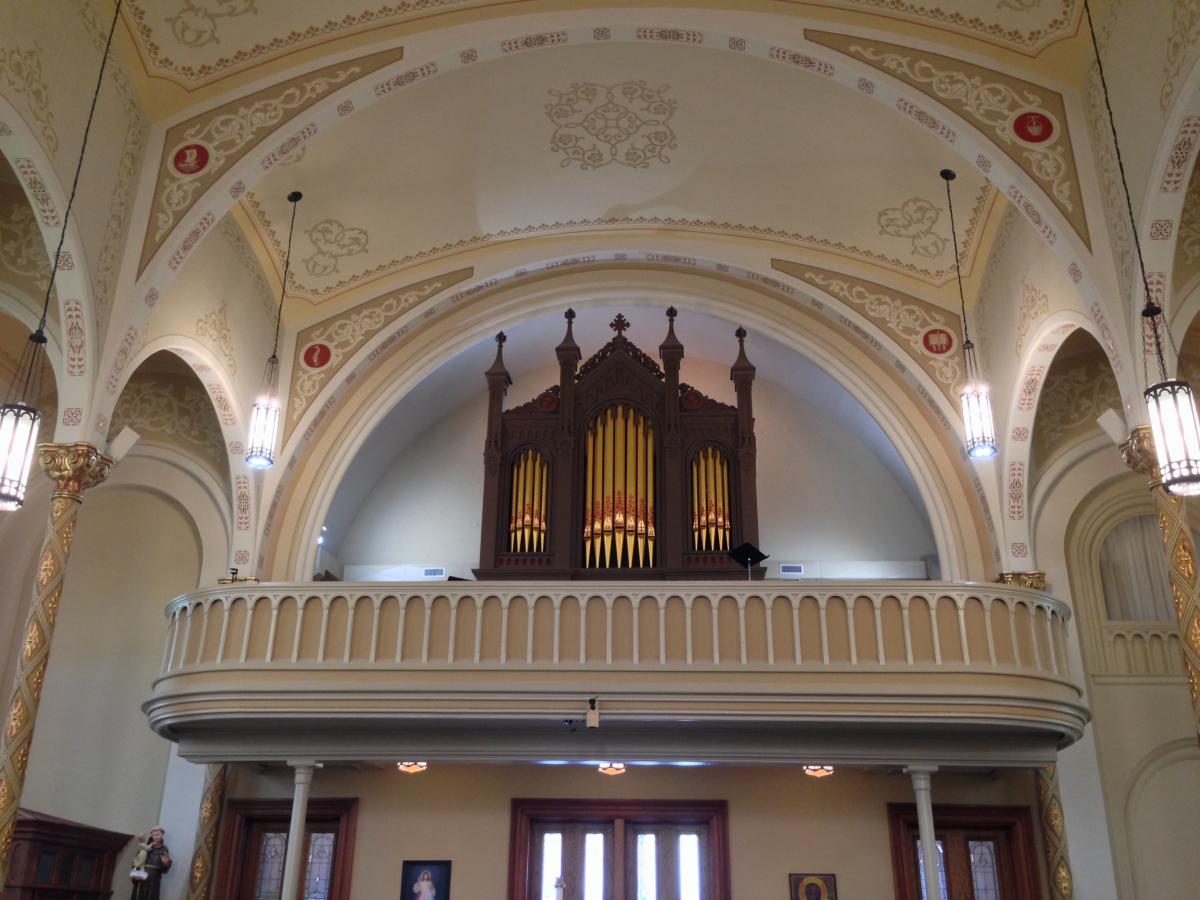 Pipe Organs in Georgia sponsored by:

This instrument has been viewed 144 times.