Identified through on-line information from Hal Garrison. -- This instrument replaced the 1800 Tannenberg and, in turn, was replaced by Aeolian-Skinner Opus 1340. The 1913 Facade is still in use although somewhat altered. The console was originally on the east side of the choir loft facing toward the choir but was later moved to a pit in the center of the loft where the current console still resides.

FROM THE HOME CHURCH DIARY FOR JUNE 24, 1910: "The old organ (HRG: 1800 Tannenberg), which for more than a century has done such splendid service in the Home Church, was removed today and stored in the Garret of the Salem Boys School. For some months it has been realized that it had served its day and could not again be repaired satisfactorily."

FROM THE MEMORABILIA OF FIFTY YEARS 1877-1927 Bishop Edward Rondthaler Edwards, Broughton and Co. 1928 by Adelaide L. Fries, M.A., Archivist of the Moravian Church in America, Southern Province Memorabilia of 1912 pg 306 "The contract for the new organ, the gift of Sister Hannah Siewers, was given to the Kimball Company of Chicago on April 30th."

FROM "THE MUSIC OF THE MORAVIAN CHURCH IN AMERICA" Edited by Nola Reed Knouse University of Rochester Press, 2008 Essay 5: The Organ in Moravian Church Music; Lou Carol Fix - pg.159 "A new two manual and pedal organ of twenty-two stops built by the Kimball firm of Chicago was installed in 1913 with the latest technology of full pneumatic action. A church member wrote that 'the console was large because of the may lead tubes and bellows required to operate.'"

FROM HOME MORAVIAN CHURCH CAPITAL CAMPAIGN BROCHURE OF 1956 WHY A NEW ORGAN? "Both to improve the quality of organ music, and also to be reasonably certain we shall continue to have organ music in our worship services. Frequent breakdowns (repair bills average nearly $500 a year), non-cooperative stops, limit in range, lack of tone sparkle, mechanical difficulties and other handicaps and hazards require improvement and correction. The present organ, which is 43 years old, has eccentricities and inadequacies which preclude the use and proper interpretation of much available organ literature and accompaniments for vocal music.
The special committee, after studying the organ problem for the past year and conferring with a number of the most responsible builders and private consultants, recommends a new three-manual organ rather than rebuilding the present one. To rebuild the present organ would cost more than half the price of a new organ, would deprive us of organ music over the long period of rebuilding, and would result in relatively little improvement from the musician-s viewpoint."

Notably, Mrs. Bessie Whittington Pfohl (wife of Bishop Kenneth Pfohl) was organist when this instrument replaced the Tannenberg and was still living when it was replaced by the current Aeolian-Skinner.

This organ was replaced by Aeolian-Skinner Opus 1340 in 1959. Most of it was given to Mizpah Moravian Church, Rural Hall, North Carolina but parts of it are still in the Home Moravian Church attic. An effort to catalog these parts is in progress. 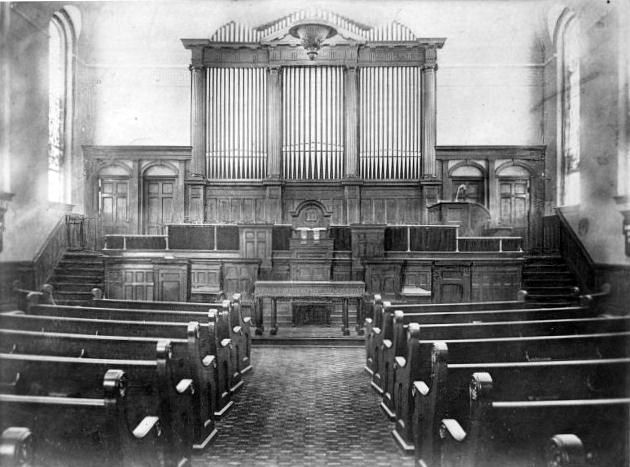 Church interior with organ facade: Photograph in the Moravian Archives; courtesy of Hal Garrison. Taken on 1913-06-01 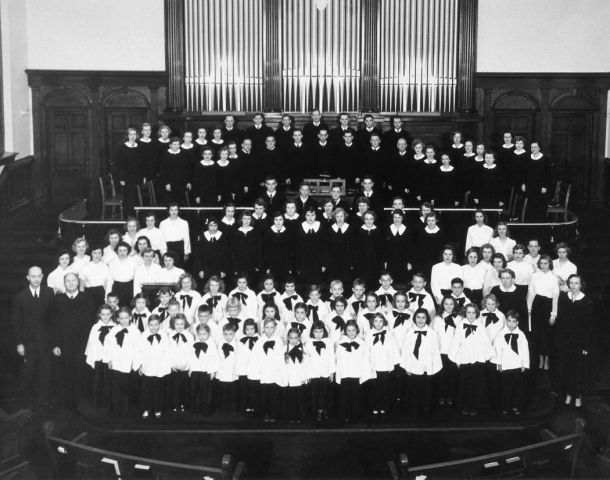 Choir and organ with relocated console: Photograph in the Moravian Archives; courtesy of Hal Garrison. Taken on 1948-06-01 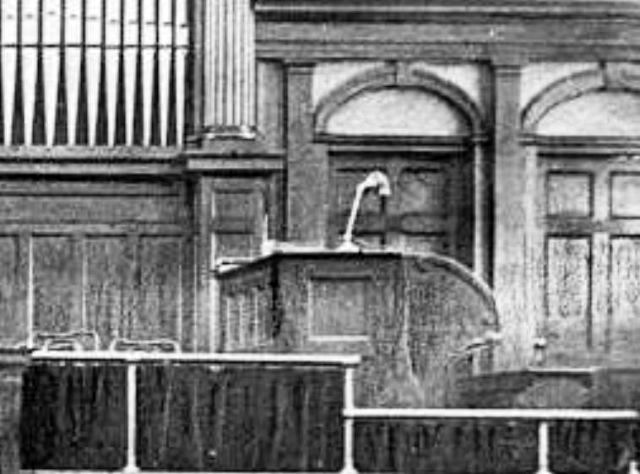 Console: Photograph in the Moravian Archives; courtesy of Hal Garrison. Taken on 1913-06-01 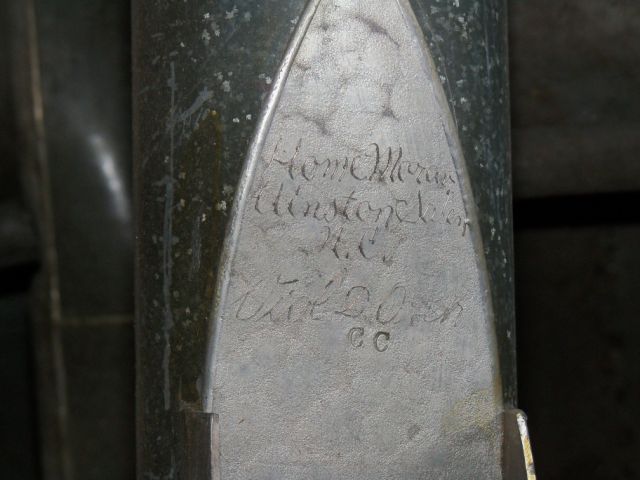 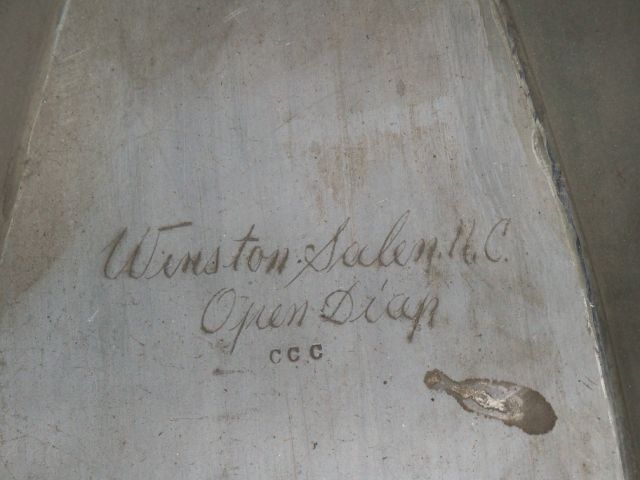 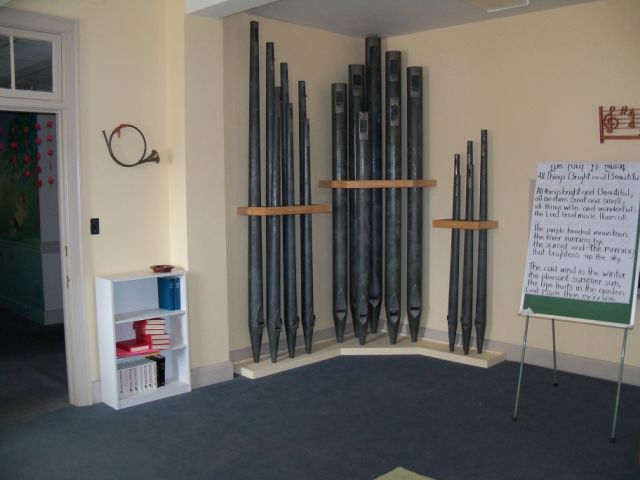 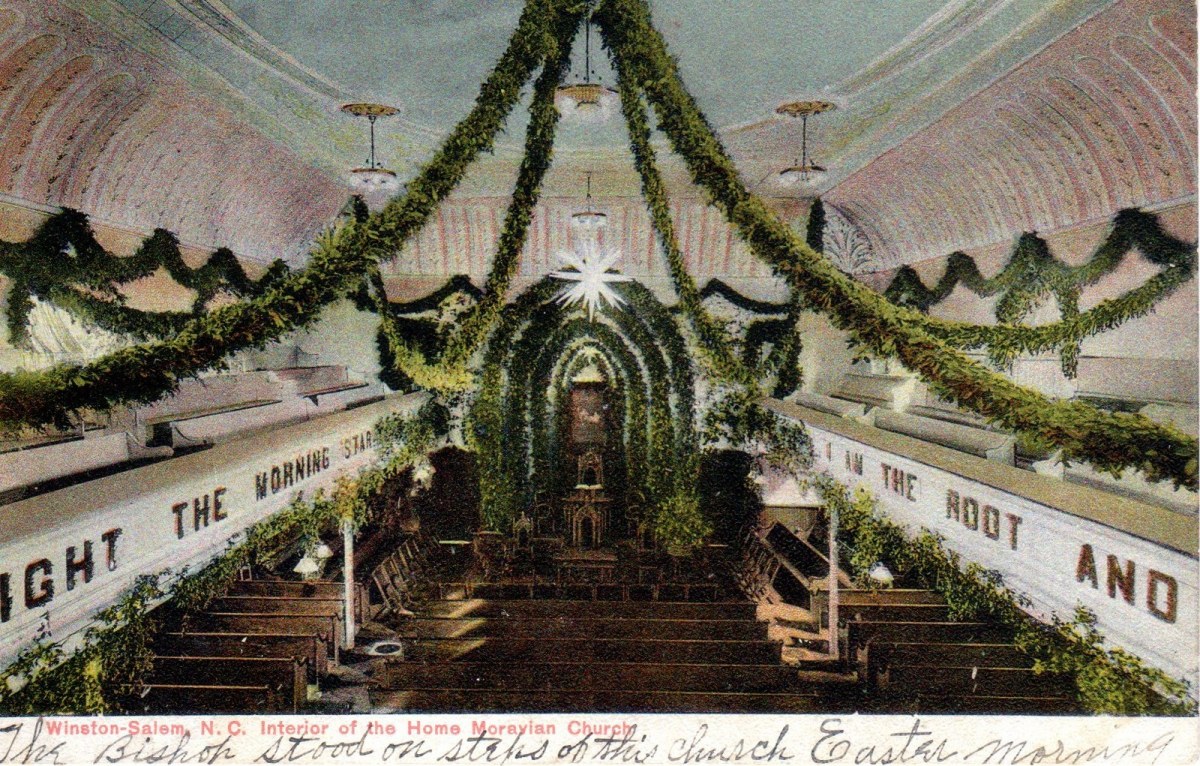 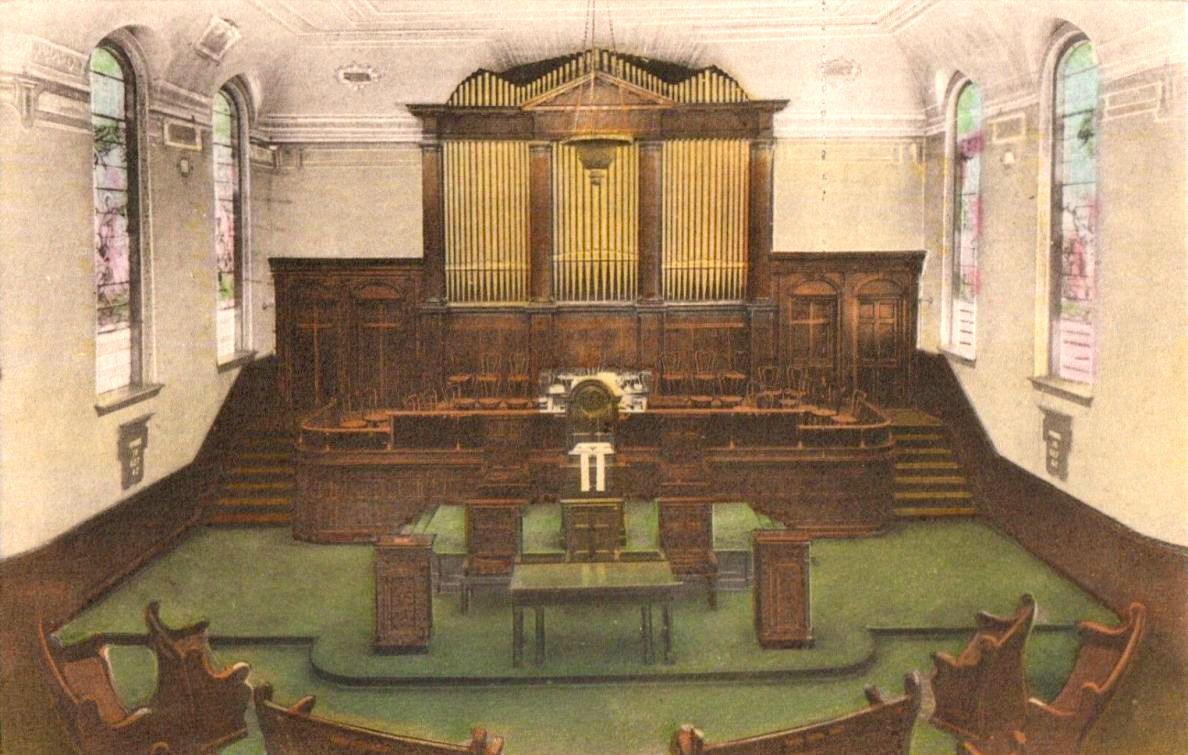 This instrument has been viewed 359 times.