Identified through online information from Gary D. Bowers. -- It has a bat wing, fold out draw knob console. The original 1913 console is still in use. This was the first instrument in Sheridan that was built already electrified. Another unique thing about this instrument is that the swell shades are located on top of the organ. This instrument retains its historical integrity â€“ and is substantially today as it was when originally installed. The pipe organ building firm of Morel & Associates of Denver has been servicing this organ since 1966. A major renovation of the organ was completed by Morel & Associates in 1977. In 1985 the two main bellows were releathered. In 1994, in conjunction with a remodeling of the choir area, the console was moved onto a moveable platform â€“ and located closer to its original location. The electrical supply to the organ was updated, and the electrical relay system was updated. Although no longer in use the original relay system and power supply were left in place. In 1995 two ranks of pipes, the Cornopean and Oboe, were removed, taken to Denver by Morel & Associates, cleaned and regulated. Prior to these modifications the organ was plagued from time to time with problems stemming from its now 95 year old electrical system. Modifications were made in such a way as to not jeopardize the historical integrity of the organ. 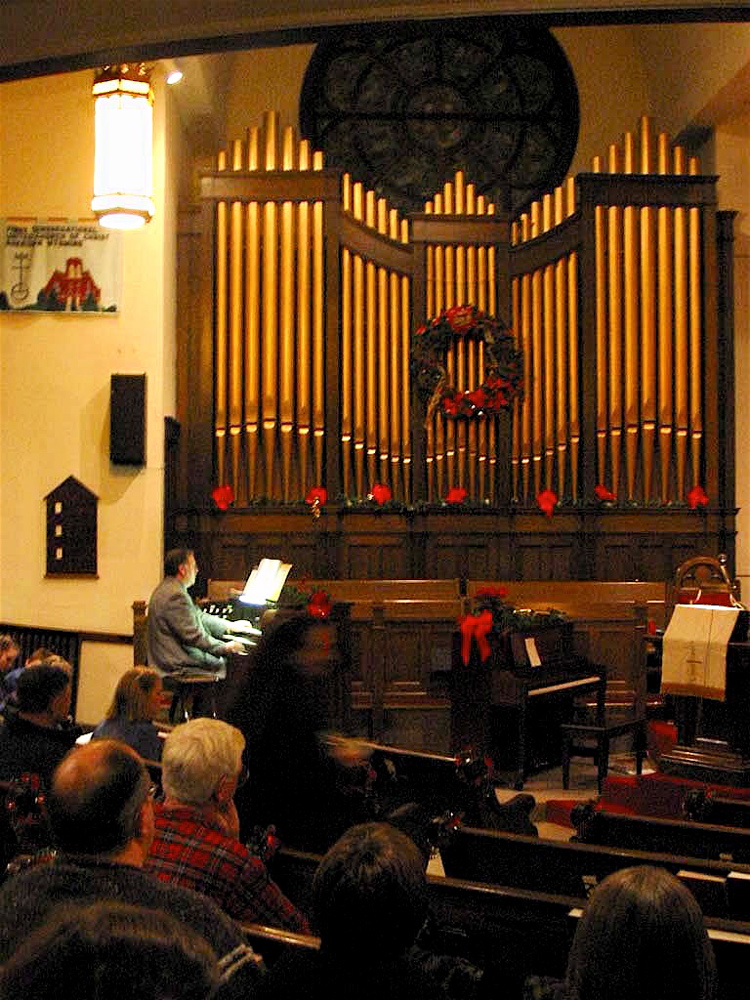 This instrument has been viewed 73 times.