From the NYC AGO NYC Organ Project: In 1934, the contract was signed for a Wurlitzer Style R16 organ to be installed in the Rainbow Room on the 65th Floor of the RCA Building in Rockefeller Center. The organ was designed to be played and heard in both the Rainbow Room and a private dining room on the 70th floor. Two straight-bolster consoles (one in Modernistic style) and a player controlled the 10-rank instrument, which was undoubtedly the highest installation for any Wurlitzer organ. In 1954, the organ was moved and reinstalled in the Joe Oelhaf Residence in New York; it later was moved to the Lee Hulko Residence in New Hope, Pennsylvania, who, in 1999, donated the organ to the Senior Citizen facility in Rahway, New Jersey, where it was installed by members and crews from the Garden State Theatre Organ Society.

Identified through online information from Will Dunklin. -- The Rainbow Room, one New York City's most famous restaurants of the Jazz Age, featured major name big bands to entertain the patrons who danced on a revolving dance floor while enjoying the views from the 65th floor. The twin-console organ supplemented the bands and was featured as a solo instrument. The organ was removed in the 1950's.

Stoplist from the NYC AGO New York City Organ Project: Open In New Tab
We received the most recent update for this stoplist from Database Manager on December 02, 2019.

Console and Ray Bohr: Photograph from collection of Jeff Weiler via the NYC AGO Organ Project. 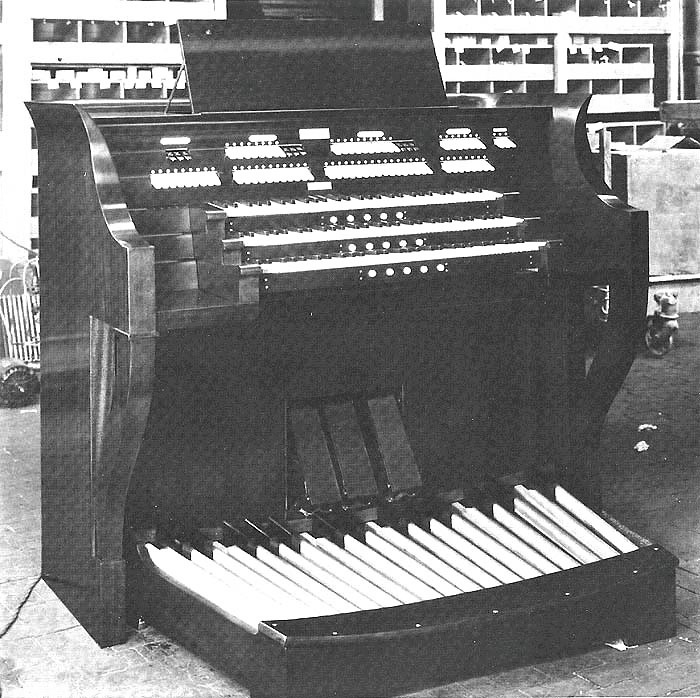 The Art-Deco Console: Photograph from collection of Jeff Weiler via the NYC AGO Organ Project. 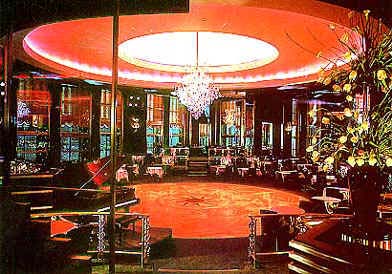 This instrument has been viewed 23 times.