The instrument was originally a double organ having a three-manual Chancel Organ in the front of the church and a two-manual Chapel Organ at the opposite end of the building, which functions very effectively as an Echo Organ to the chancel divisions of the organ while also functioning as a smaller instrument for services in Emmanuel Chapel. In the late 1960s some additions and alterations were made to the organ. Both Skinner consoles were discarded and replaced by stop-tab consoles. A four-rank mixture was added to the Great division of the Chancel Organ and a Trumpette-en-chamade was installed in the balcony housing the Chapel Organ. Though some voicing alterations were made in the 1970s, the instrument remained largely as it was built by the Skinner firm. In May 2001 the A. Thompson-Allen Company began the complete restoration of Skinner Organ Company Opus 699. Included was a new four-manual draw-knob console by Richard Houghten for the chancel, as well as a rebuilding of the existing three-manual console for use in the chapel. The added mixture and chest were replaced with a new mixture and chest more closely modeled on period Skinner designs. A focal point of the organ is the new Trumpette-en-Chamade copied from a period Skinner French Trumpet.

New console for and tonal changes to existing organ. Identified by Sam Cherubin, based on personal knowledge of the organ. --
A new console was put in by A. Thompson-Allen in 2001 (4 manual Chancel) and the 3 manual Chapel console was rebuilt. The added mixture was replaced, and a new Trompette en chamade modeled on Skinner Trumpets replaced the one from the 1960s. [Taken from A. Thompson-Allen's website] (7/3/13).

Source not recorded: Open In New Tab Stoplist from A. Thompson-Allen's website
We received the most recent update for this stoplist from Database Manager on April 09, 2020. 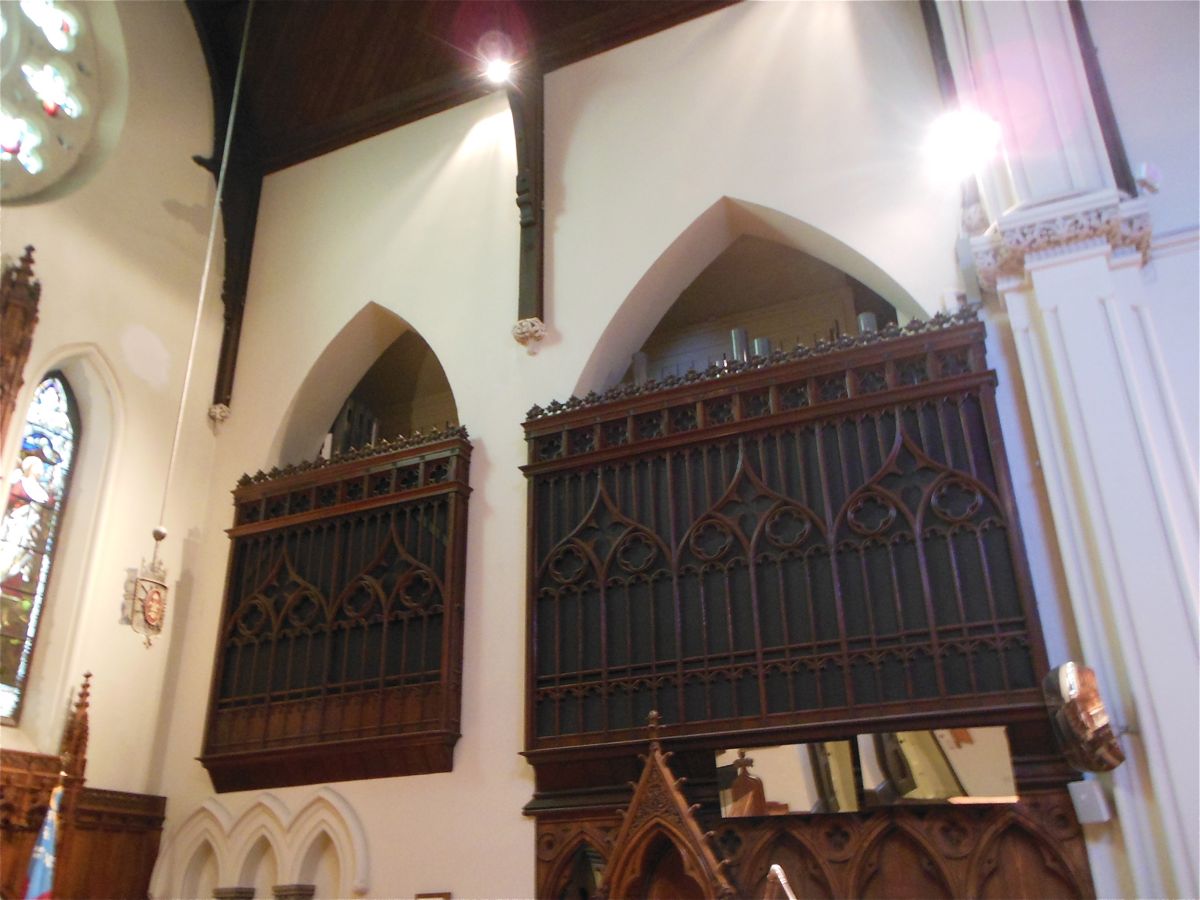 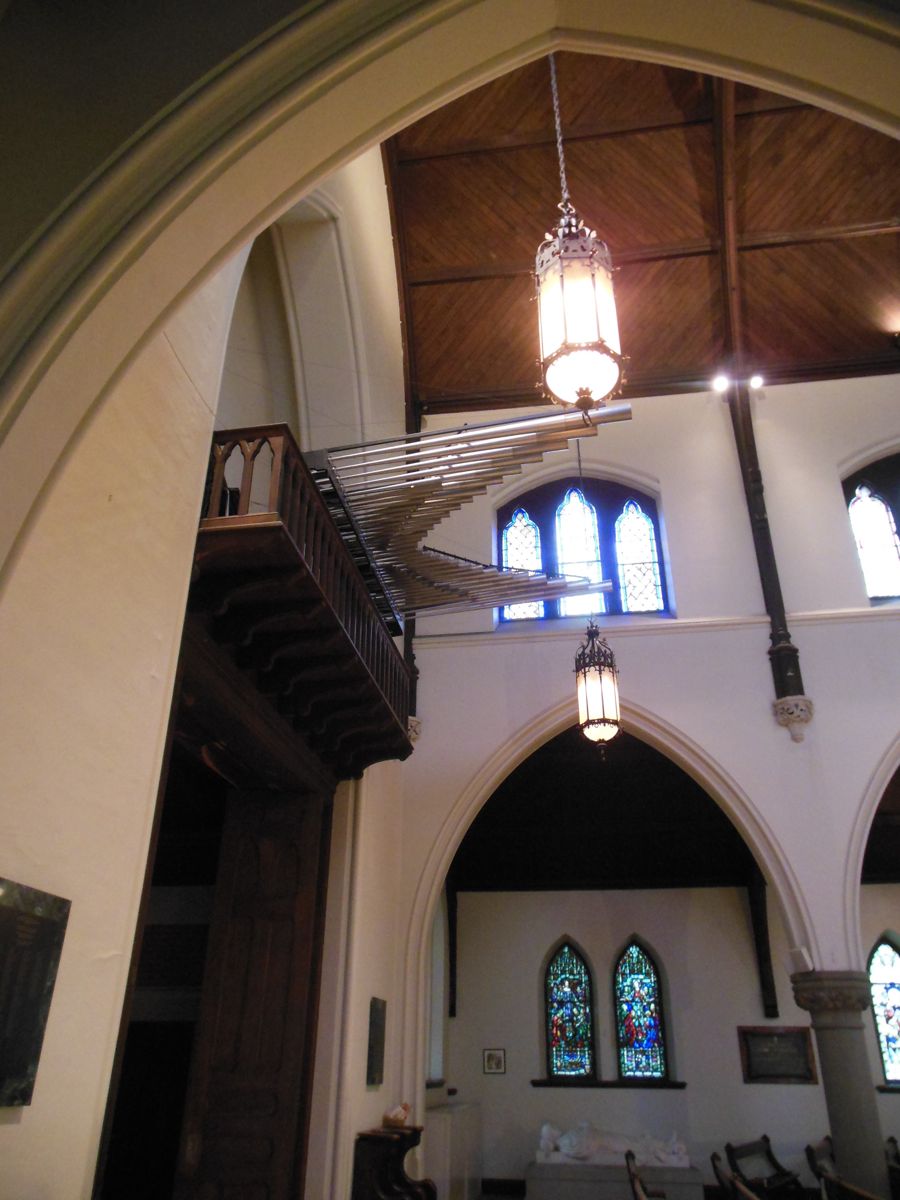 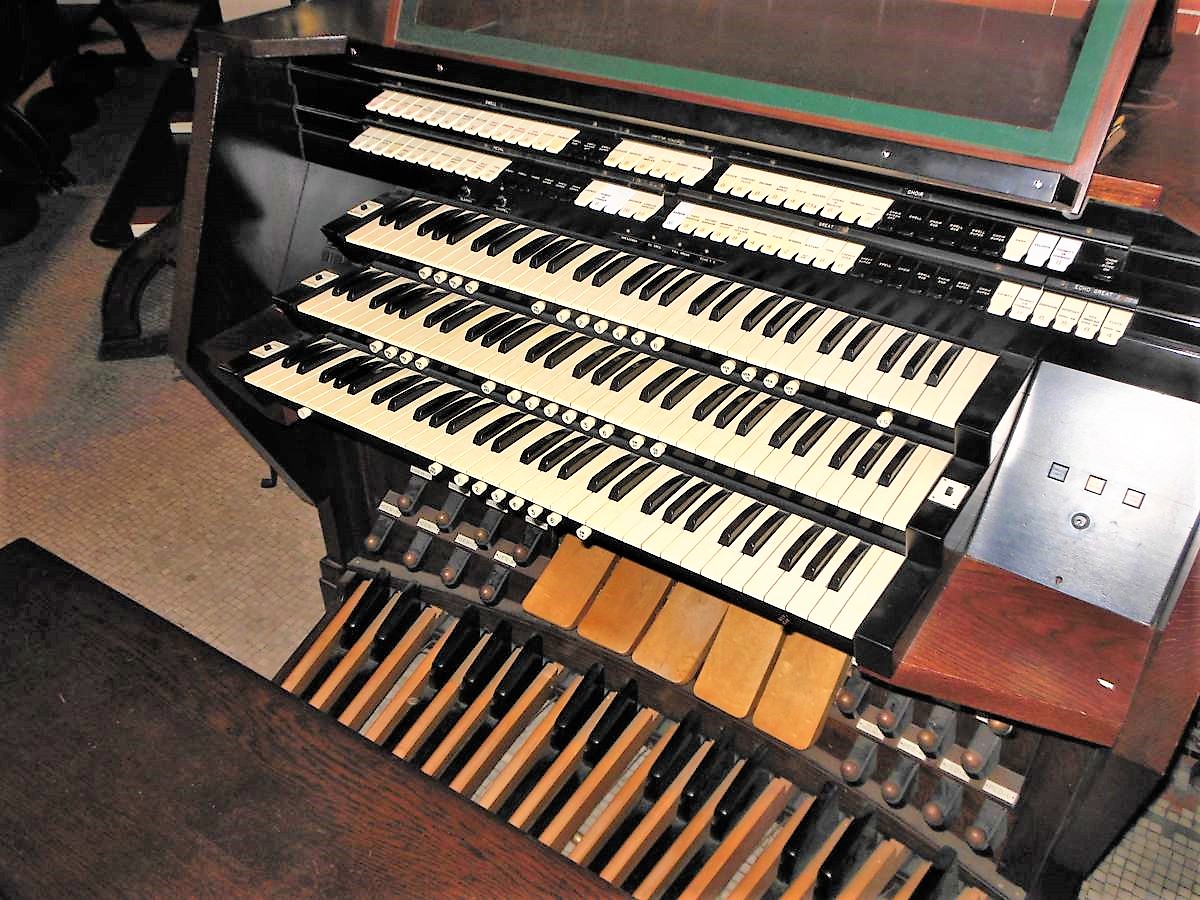 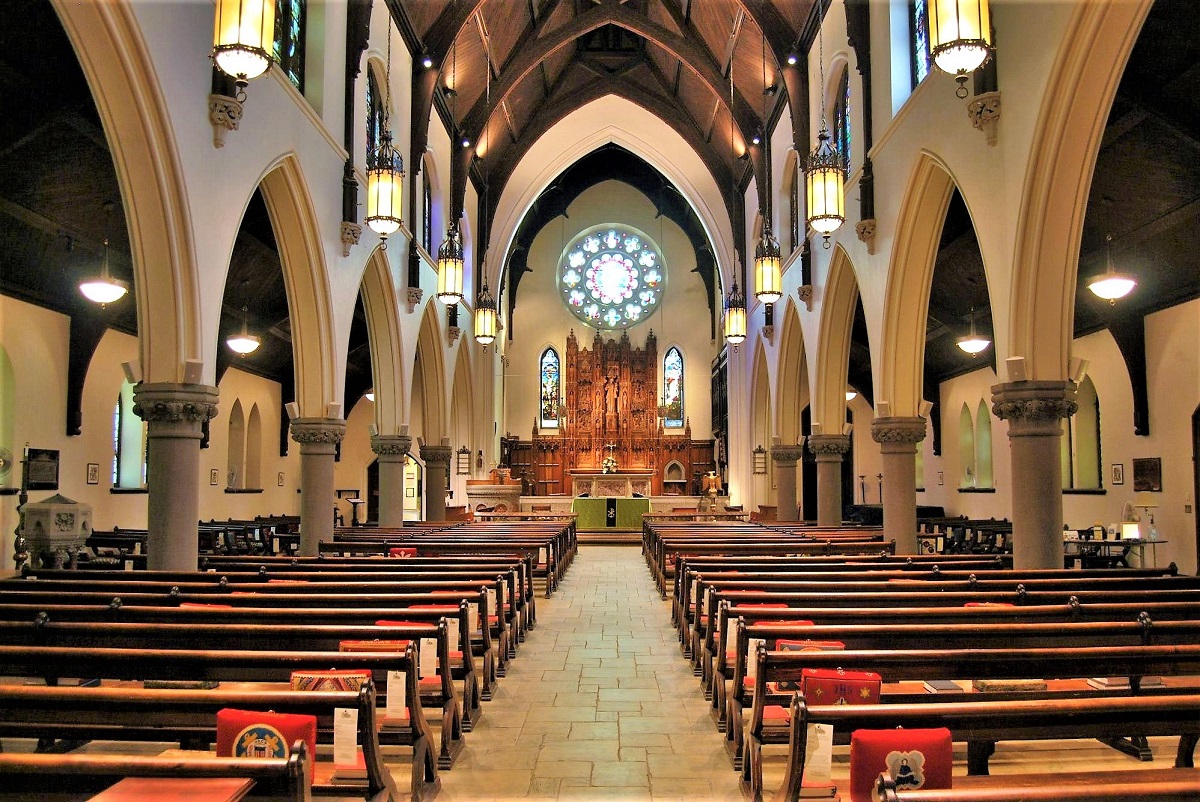 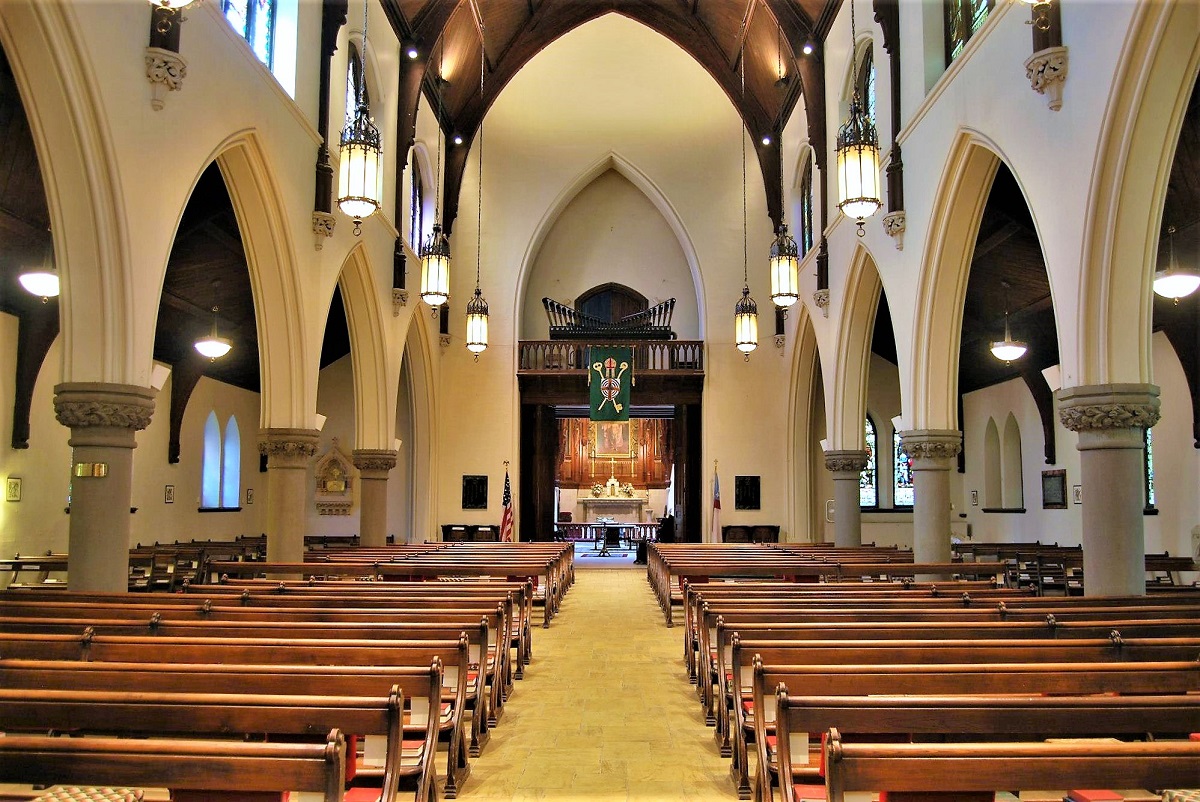 Cathedral interior to rear and en-chamade: Photograph by Stephen Schnurr. Taken on 2012-09-02 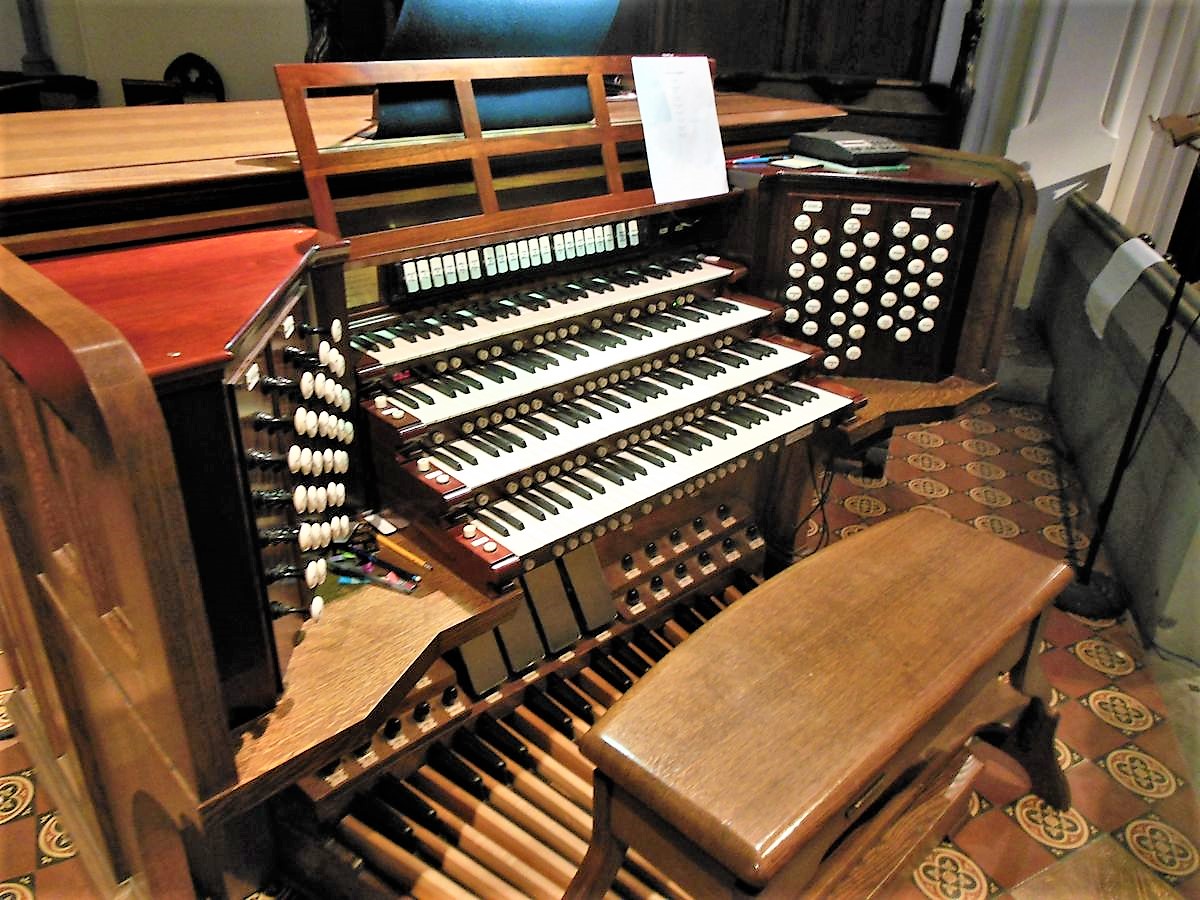 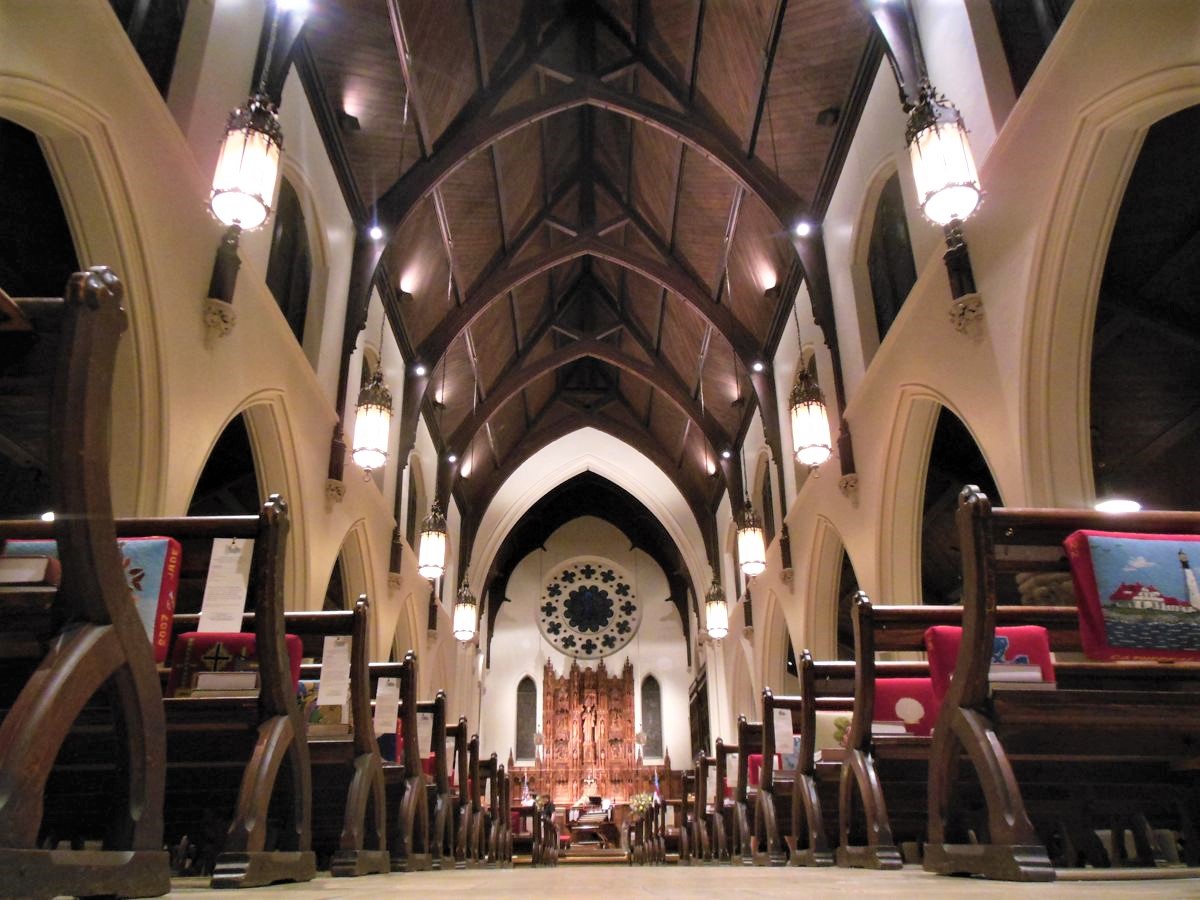 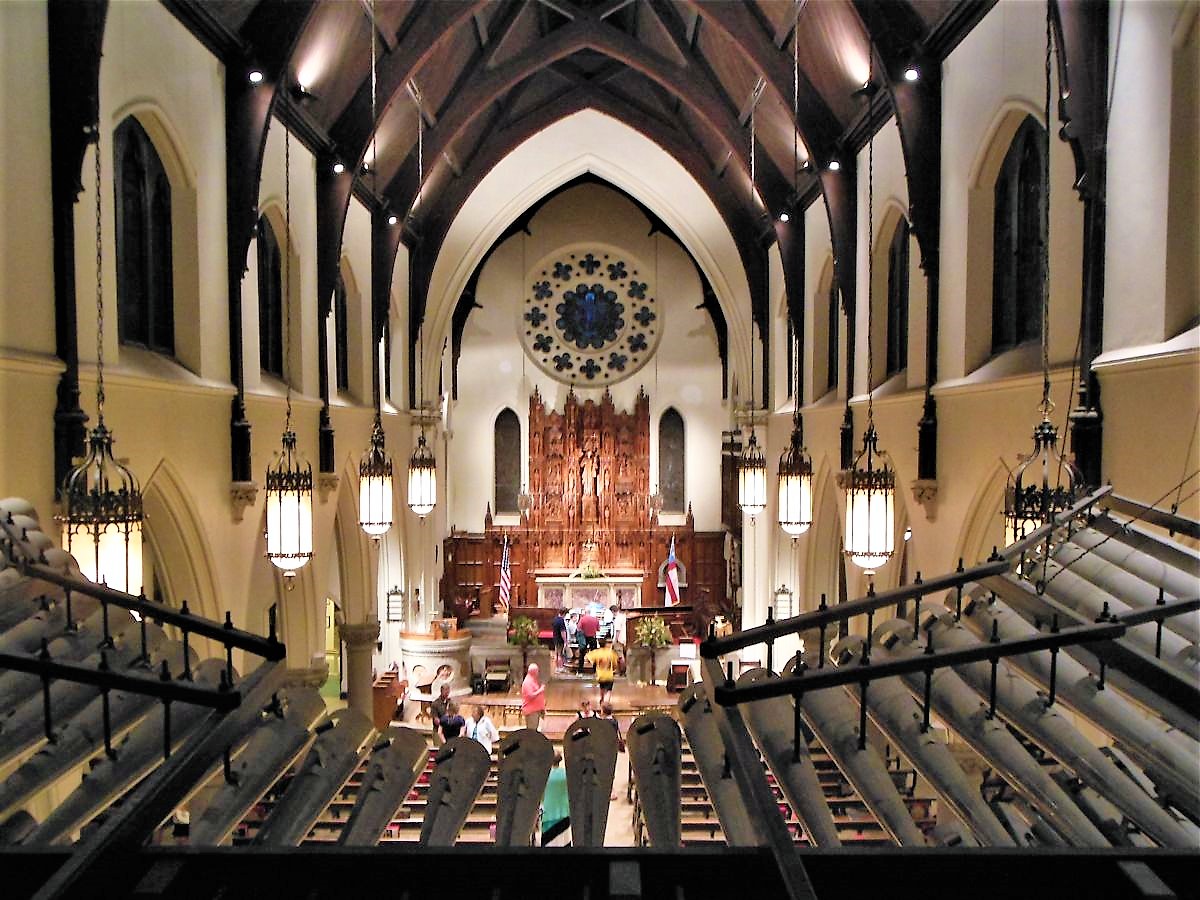 This instrument has been viewed 259 times.