We received the most recent update for this instrument's status from Database Manager on January 09, 2020.

All: We received the most recent update for this division from Database Manager on January 09, 2020.

Main: We received the most recent update for this console from Database Manager on January 09, 2020.

Information from PJ Janson -- On April 28, 1938 St. James- Church signed a contract with Casavant Frères of St. Hyacinthe, Quebec for a new 3-manual, 31-stop organ of 1760 pipes and electro-pneumatic action. The organ itself was located in the north transept of the church, formerly the choir gallery, which was lowered to make room for the instrument. The console and choir moved to the west gallery, and the blower was located to a closet in the church basement.

The organ cost $9700, and during the mid-1930s, the parish set out to raise this money. A church member who wished to remain anonymous made himself responsible for half the sum, making it possible for the project to go ahead. The congregation began fundraising the remainder, engaging in a variety of activities including tea parties, and a production by the Players- Guild. The organ was installed by November 1938, with a façade designed by Adrian Gilbert Scott, the same architect who had recently designed the new St. James- Church.

Over the years, a variety of work has been done on the organ. In the 1940s a 3-rank gallery division was added. In 1963, Casavant Frères proposed a new scheme for the organ based on developments in organ building after World War II; however, cost prohibited this from taking place. Water from a leaking roof became a problem such that, in the late 1980s, a significant renovation of the organ was necessitated. This work incorporated some of the ideas presented by the builder in 1963. In 2003 a complete overhaul of the console was completed by Casavant.

Identified through information in Casavant documents, courtesy of Simon Couture and Denis Blaine. The tonal director was Stephen Stoot.

Source not recorded: Open In New Tab http://stjames.bc.ca/music/casavant-organ/
We received the most recent update for this stoplist from Database Manager on April 09, 2020. 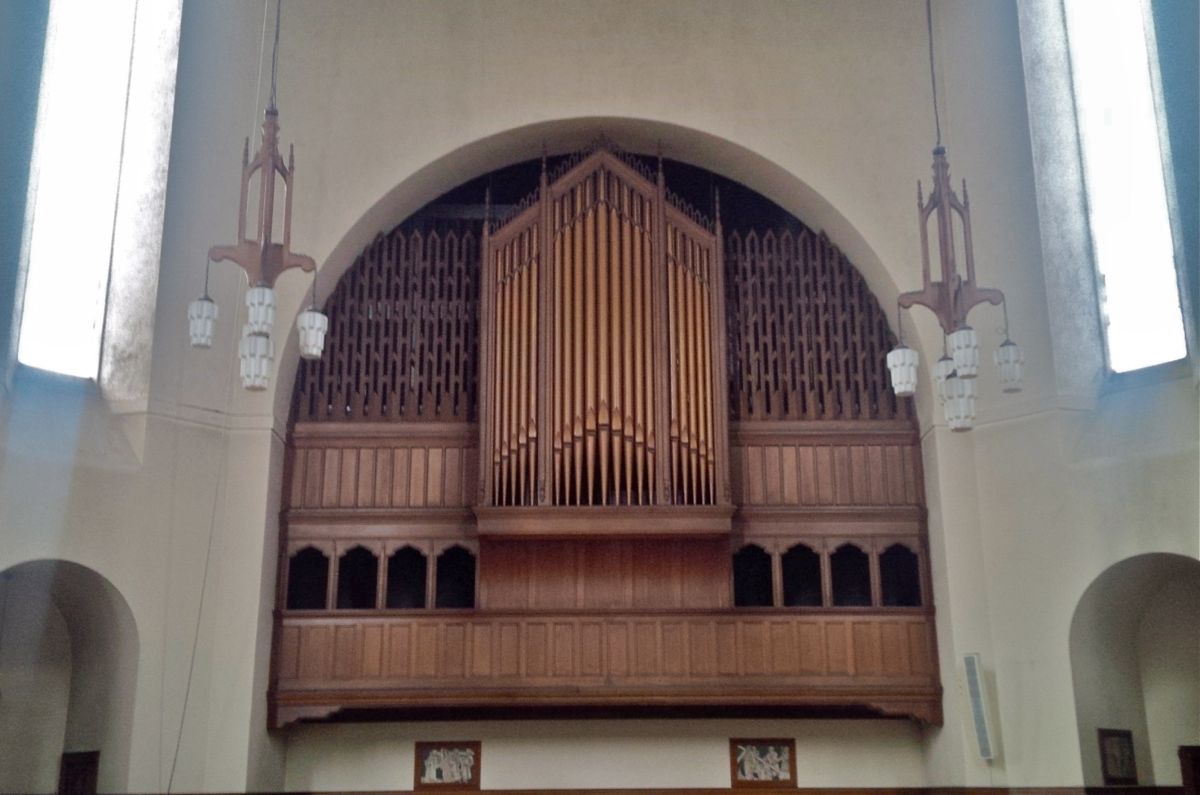 This instrument has been viewed 52 times.