We received the most recent update for this instrument's status from Paul R. Marchesano on June 22, 2022.

In early 2014 we received a request for a proposal for a new mechanical action pipe organ in the yet-to-be-built Cathedral of the Diocese of Raleigh, North Carolina. The Cathedral was to be on a vast scale; it would be cruciform in plan, with a barrel vault ceiling nearly 80′ high and a seating capacity of 2,000. The architect was James O’Brien of O’Brien & Keane Architecture of Arlington, Virginia, and the acoustician Dana Kirkegaard of Kirkegaard Acoustic Design LLC, of Downers Grove, Illinois.

By late spring a Letter of Intent was signed, allowing us to exchange ideas with the Cathedral musicians and the Organ Committee to further refine the stop list and to work with Jim O’Brien and Dana Kirkegaard to influence the building design related to the organ, the choir, and to all music-making in the new space. By March 2015, a full contract for a three-manual 62-stop instrument was signed.

The organ and choir are in a large multi-level West End gallery, where they speak without obstruction down the main axis of the lengthy nave. The organ’s tonal design, developed with the requirements of the Roman Catholic liturgies in mind, is largely eclectic, with an abundance of stops at 8′ pitch and below. Both the Choir and Swell divisions are under expression. The console is detached.

The 58 foot tall, 22 ½ ton organ was delivered to Raleigh in February 2018. Installation and finish voicing crews spent more than ten months ensuring that the organ perfectly complements the visual and aural beauty of the Cathedral. The organ was inaugurated on January 3, 2019 with a Solemn Vespers service and recital by Nathan Laube. -- information from CB Fisk Inc website

We received the most recent update for this note from Paul R. Marchesano on June 22, 2022.

Builders website : Open In New Tab Specification from builder's web site Originally published April 20, 2020
We received the most recent update for this stoplist from Roman Lizak on April 20, 2020. 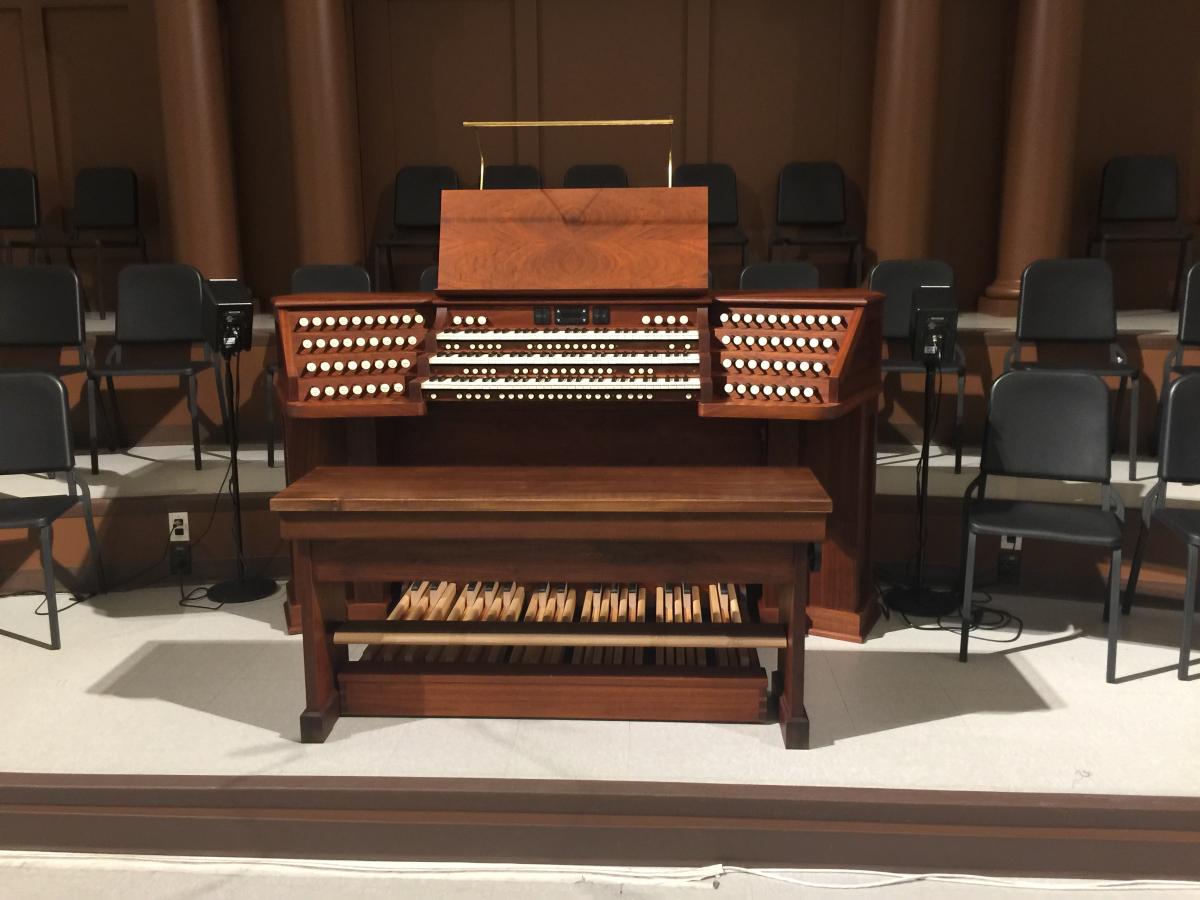 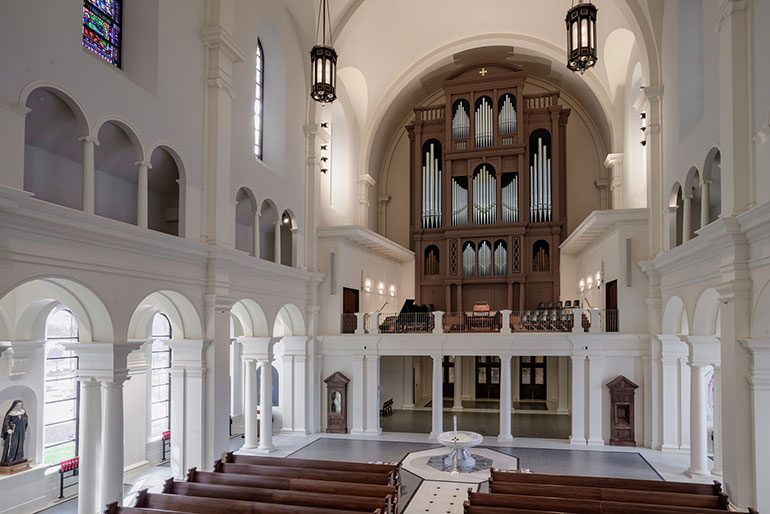 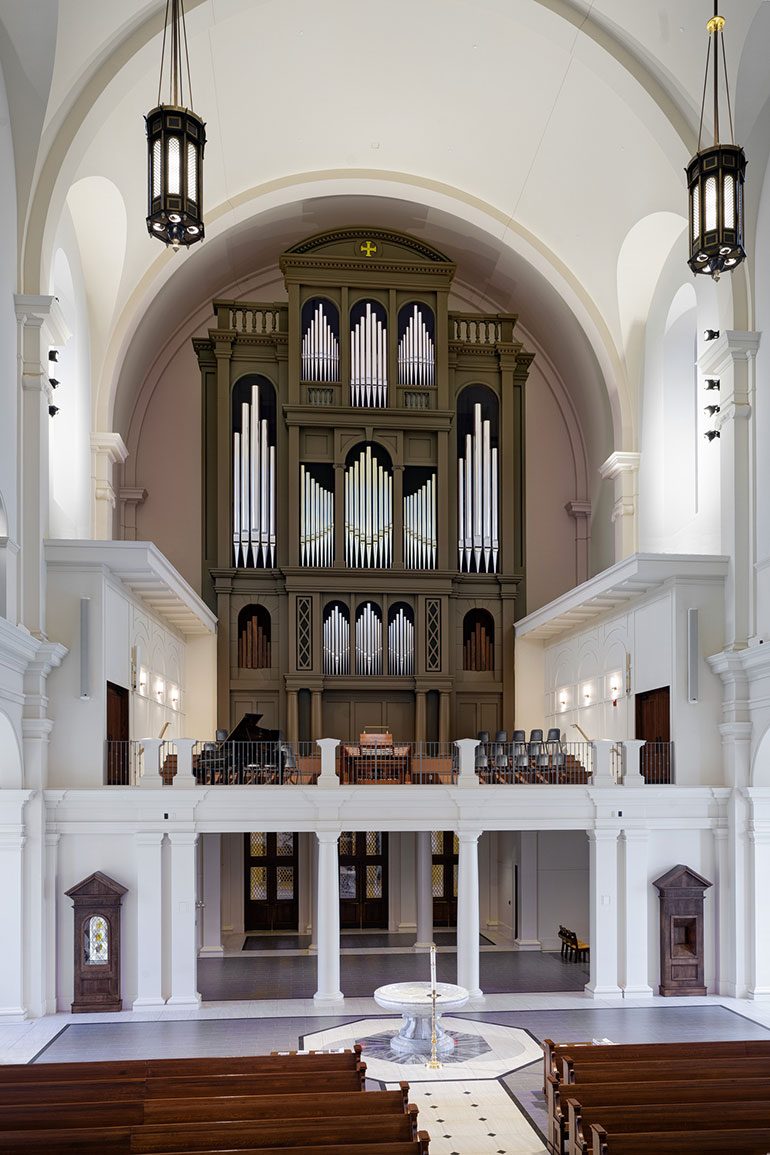 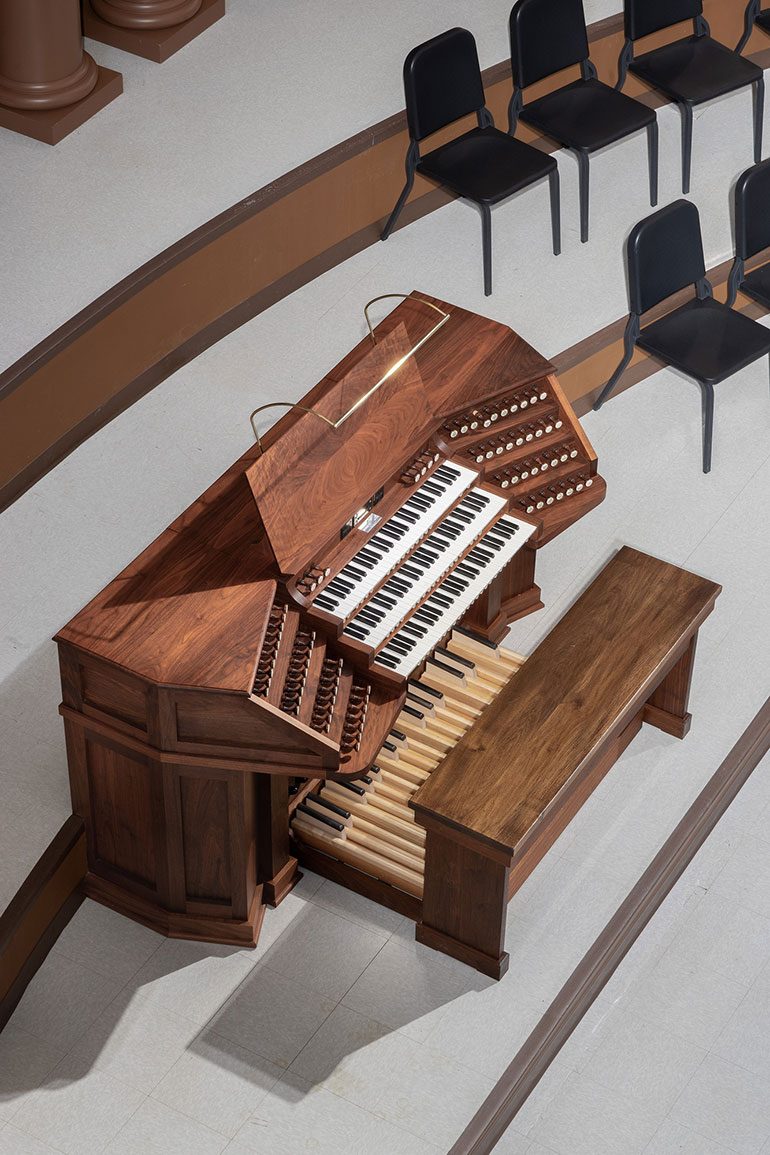 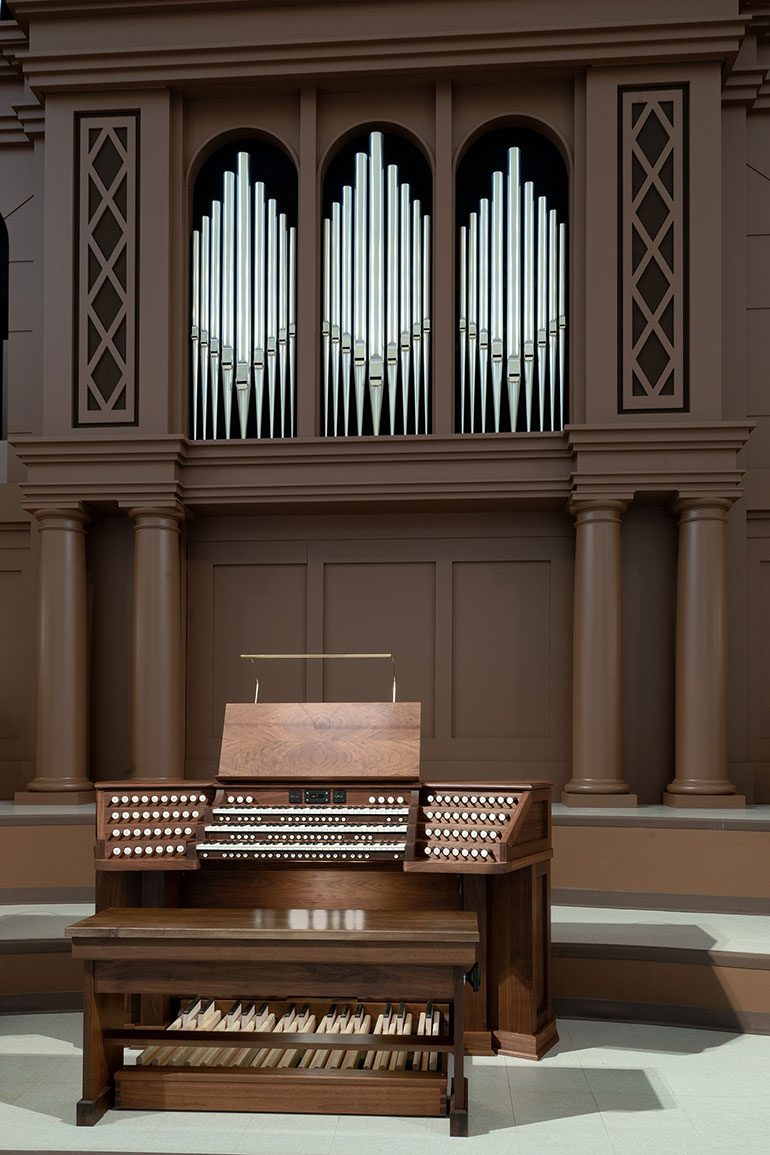 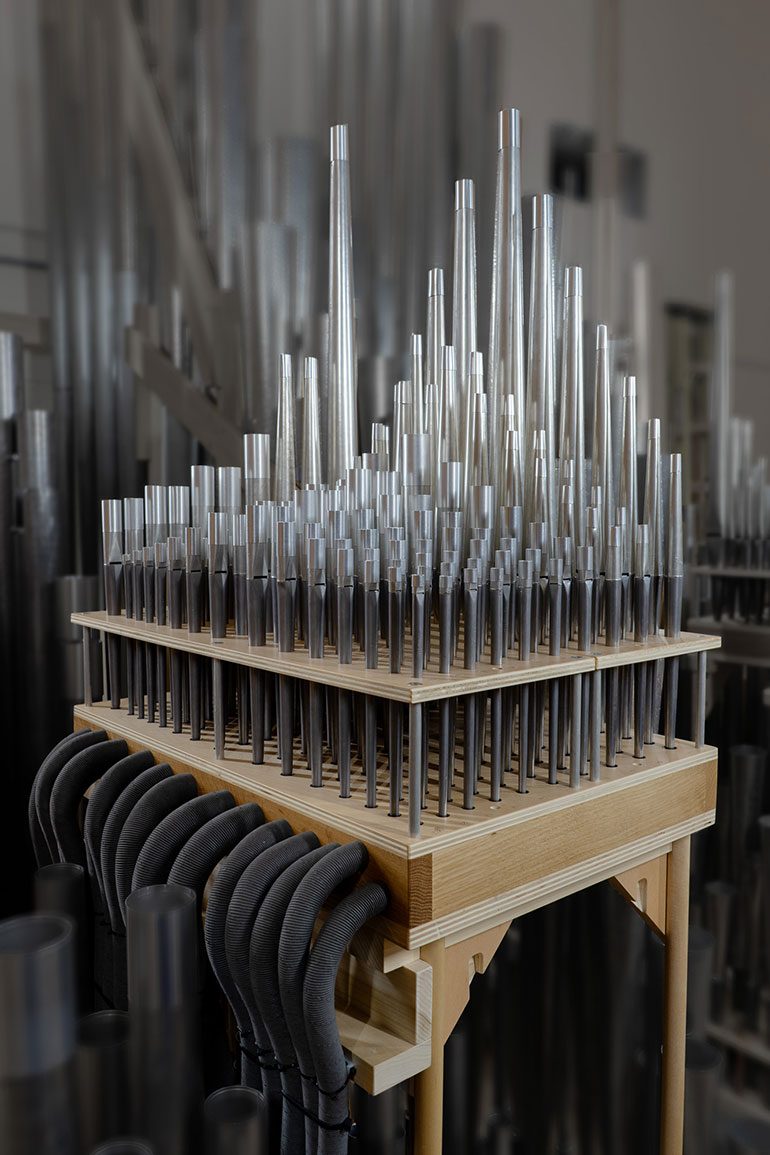 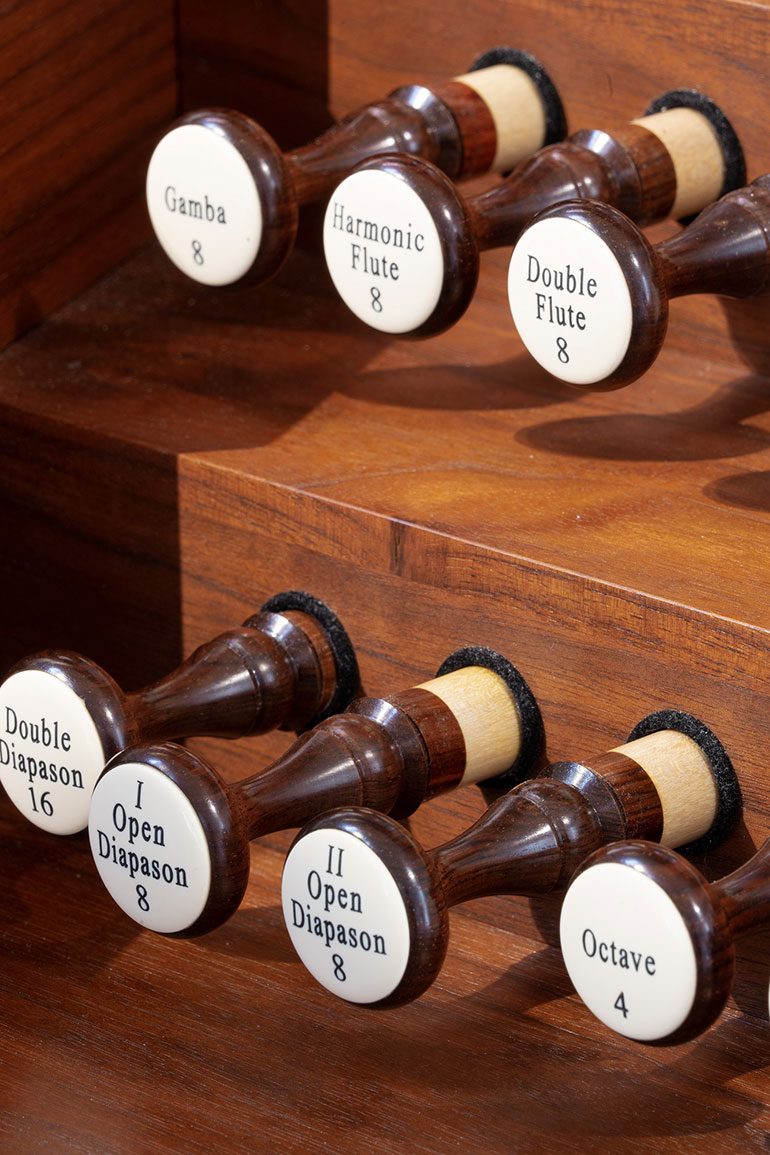 This instrument has been viewed 1,865 times.