Rebuilt console for the existing organ. Identified by Harold Ulmer, based on personal knowledge of the organ.

Working in 2015 with Jonathan Ambrosino, who wrote a report on the organ 15 years ago, SDG Pipe Organs restored the console to as close to 1938 condition as possible realizing that the original combination action had been replaced by the Daffer company years earlier. Poorly cut on/off switch holes in the keydesk were covered with oak panels and a new nameboard was made to eliminate the unsightly solid state controls.

A solid state Classic Organ Works system was installed with its digital readouts hidden in a drawer. The original ivory keyboards were retained with significant cleaning and polishing as well the replacement of several damaged keys with salvaged Aeolian-Skinner keys. Harris drawknobs, coupler rails and pistons slips have been used.

The entire organ was rewired and the console raised out of its original pit location. Utilizing original A-S records for this instrument, a tonal scheme was devised and drawknobs were added to reflect future plans to complete the pipe organ to 1938 suggestions. This proposed tonal scheme includes replica chests and vintage pipework to complete the Choir and Swell divisions. There are also plans to add a free standing Echo organ in the church's rear gallery. Some vintage Aeolian- Skinner pipework has already been secured to make these additions.

As of 2016 funds are being sought to make these additions a reality. Please note that in the original specification on the OHS website the name of the church is First Presbyterian Church of York - it is actually Asbury United Methodist Church.

Stoplist copied from the console October 17, 2019: Open In New Tab
We received the most recent update for this stoplist from Database Manager on November 05, 2019. 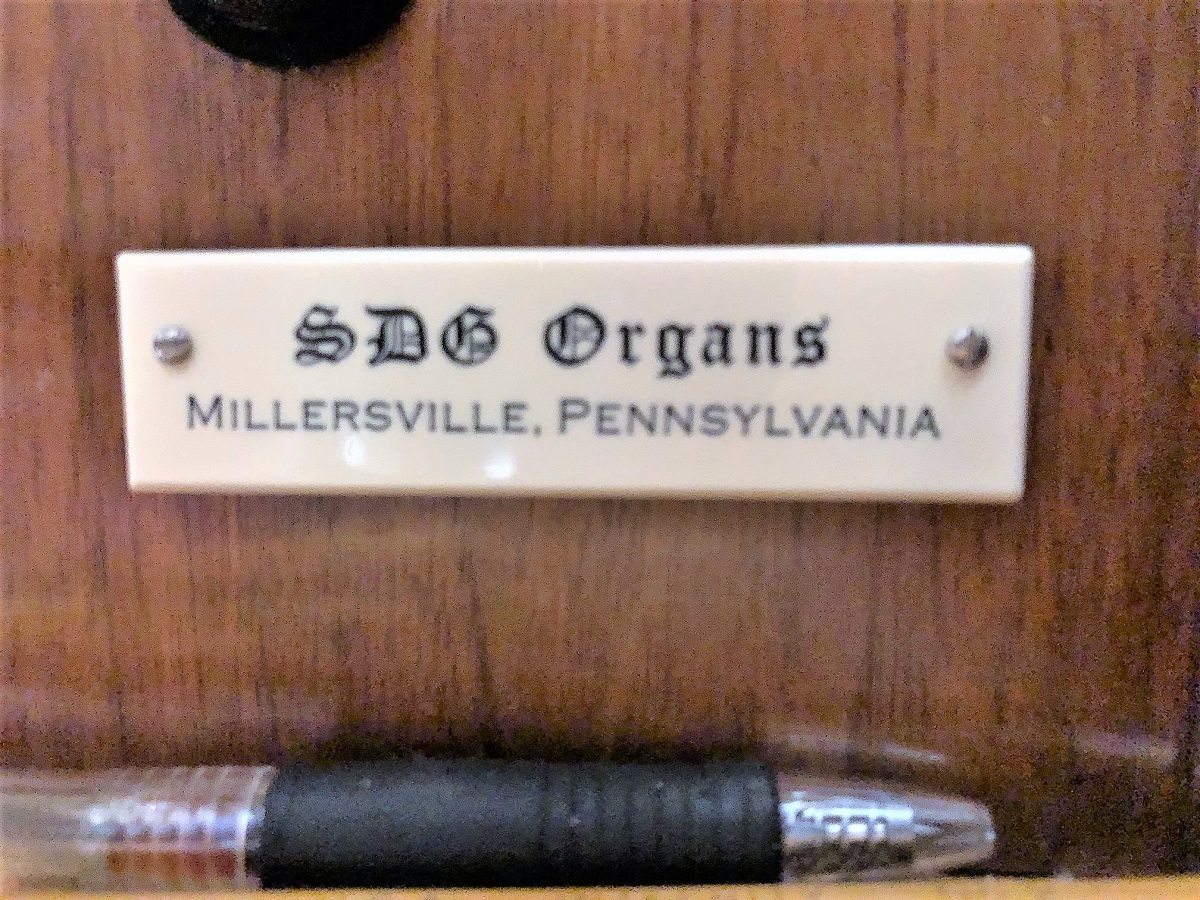 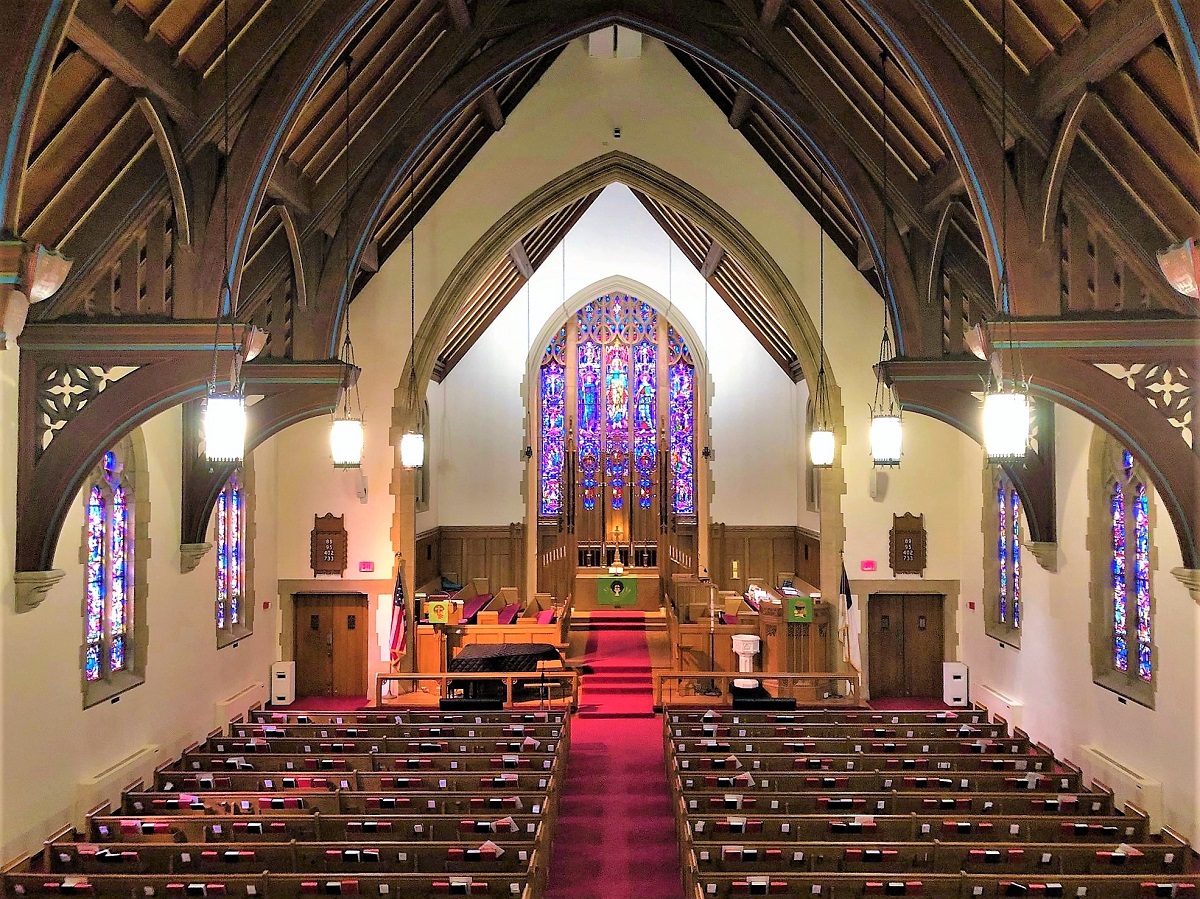 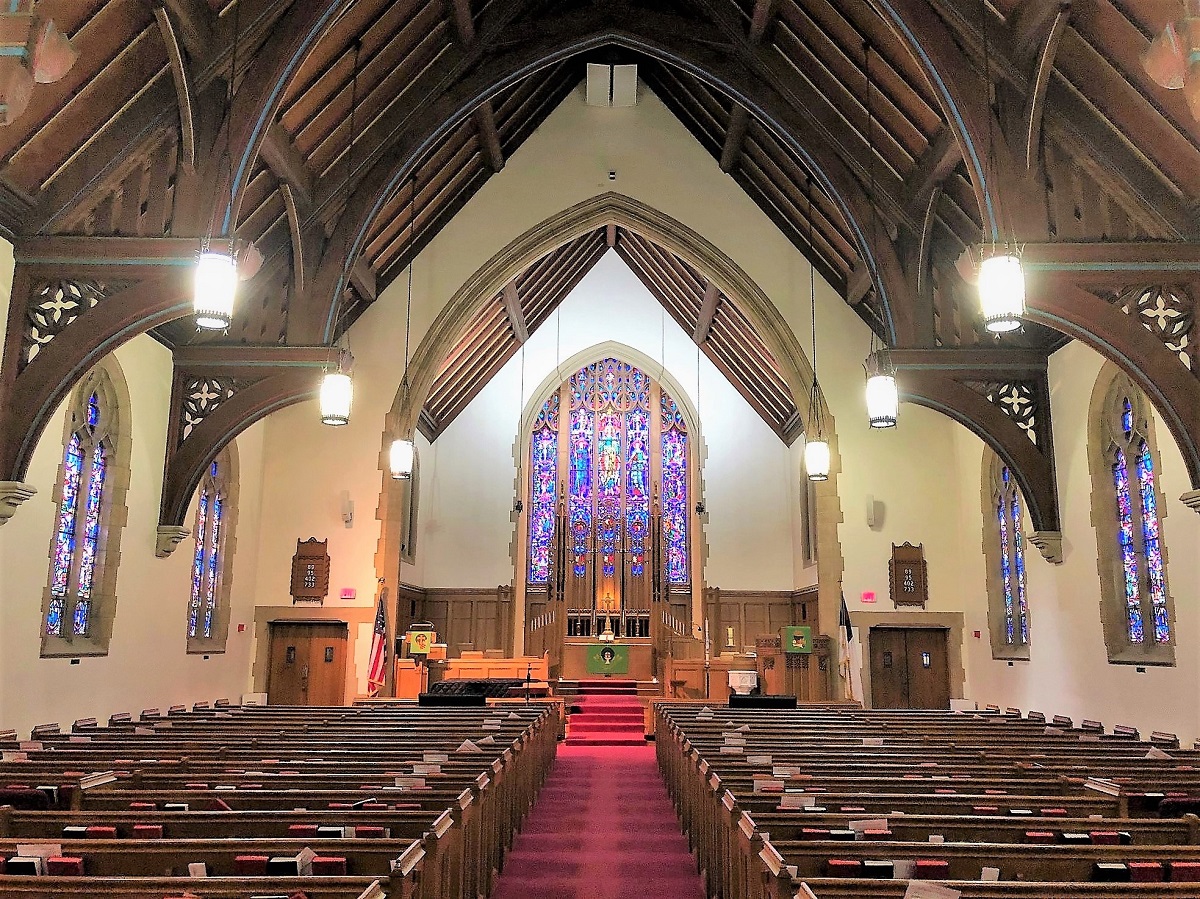 Sanctuary interior from floor: Photograph by Jeff Scofield. Taken on 2019-10-17

Sanctuary interior to rear: Photograph by Jeff Scofield. Taken on 2019-10-17 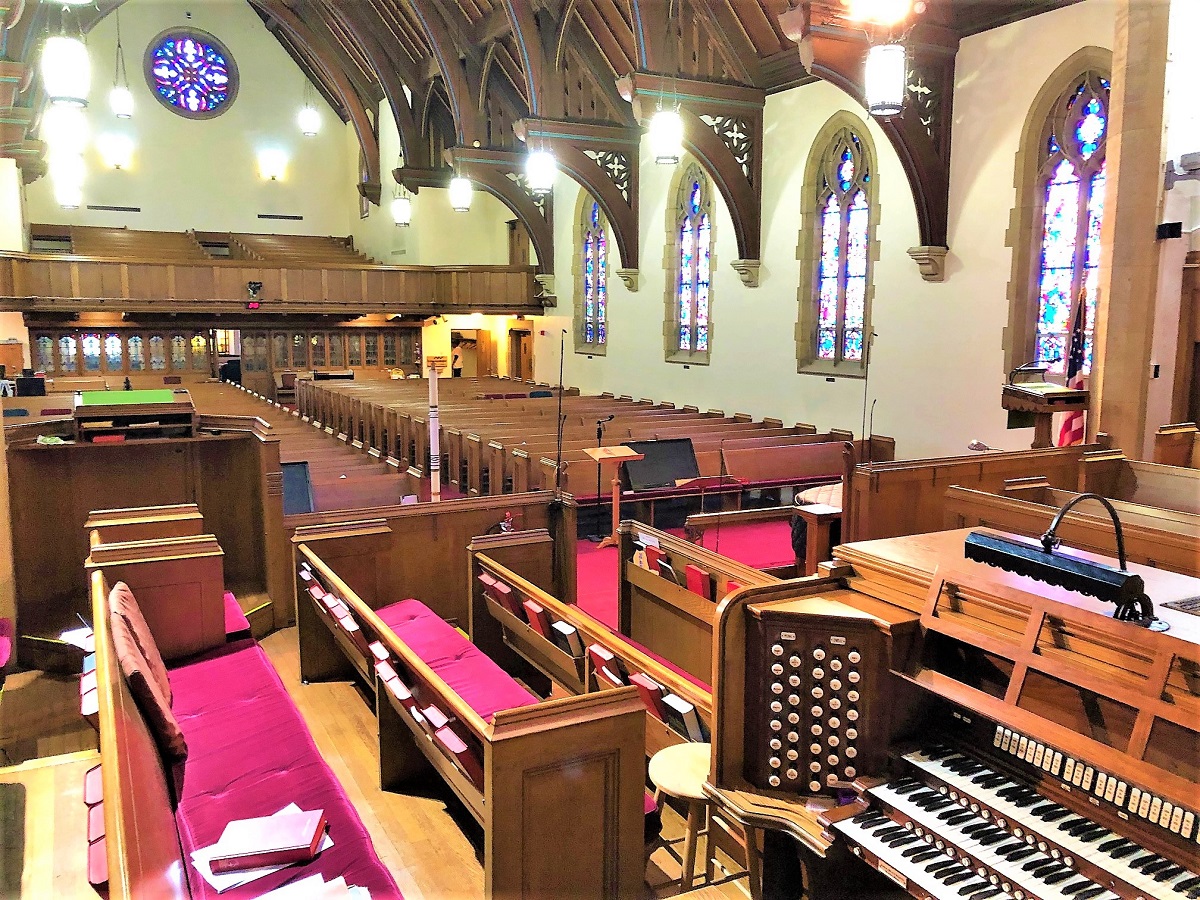 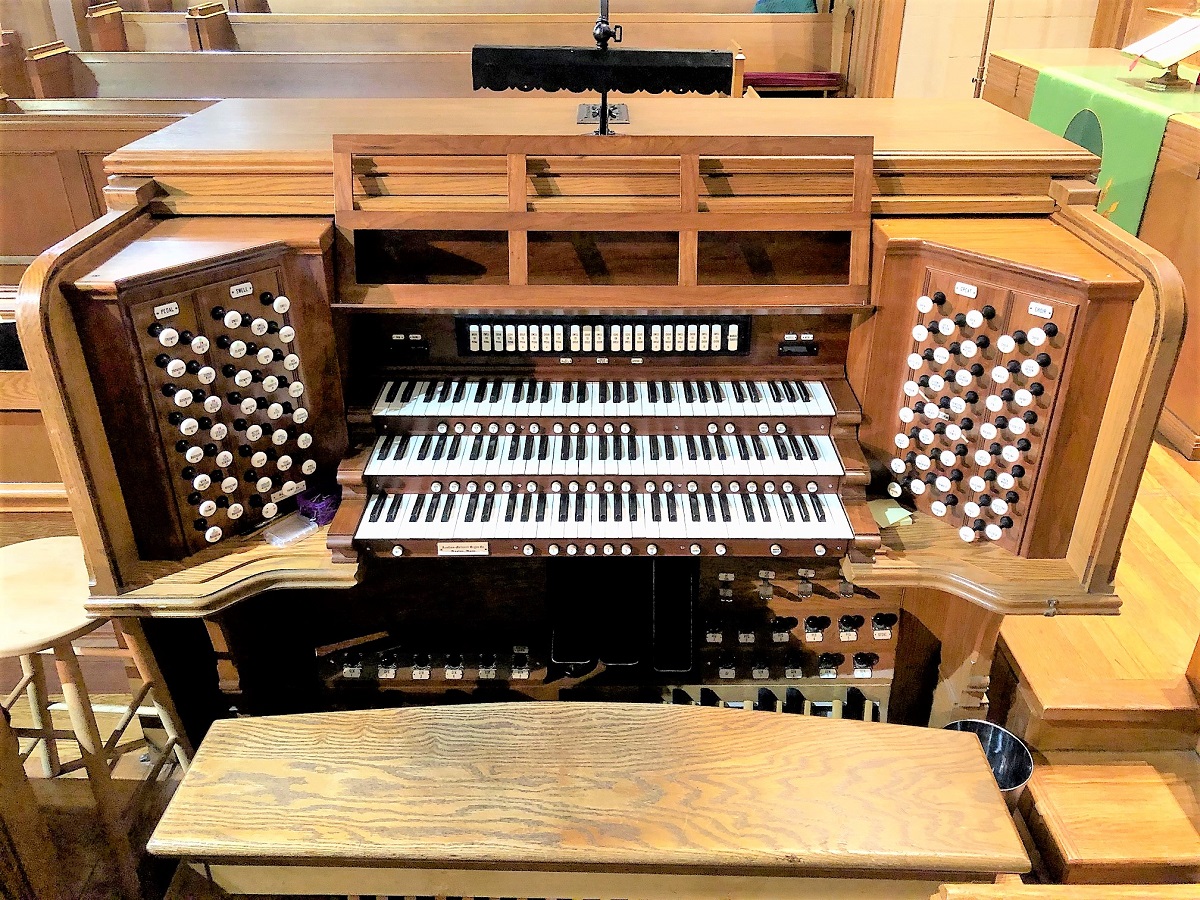 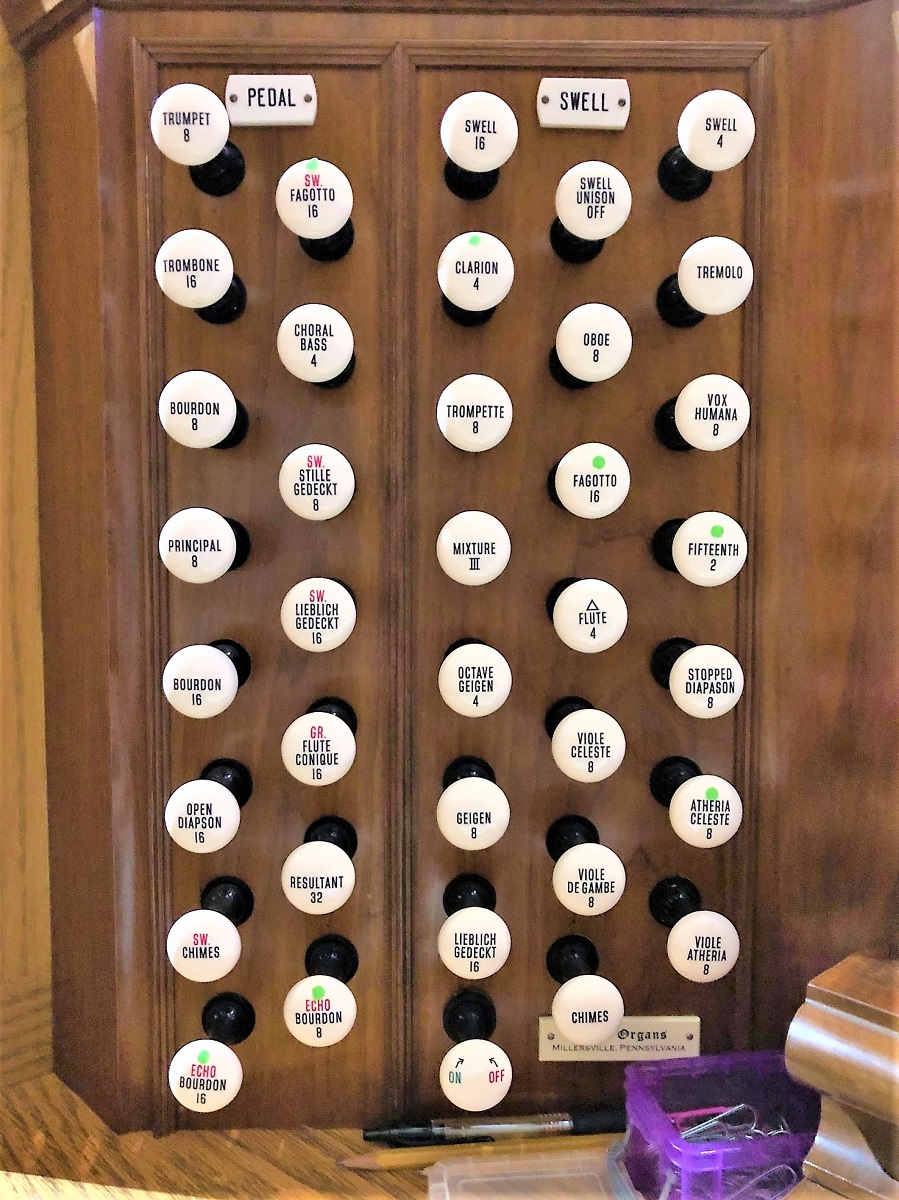 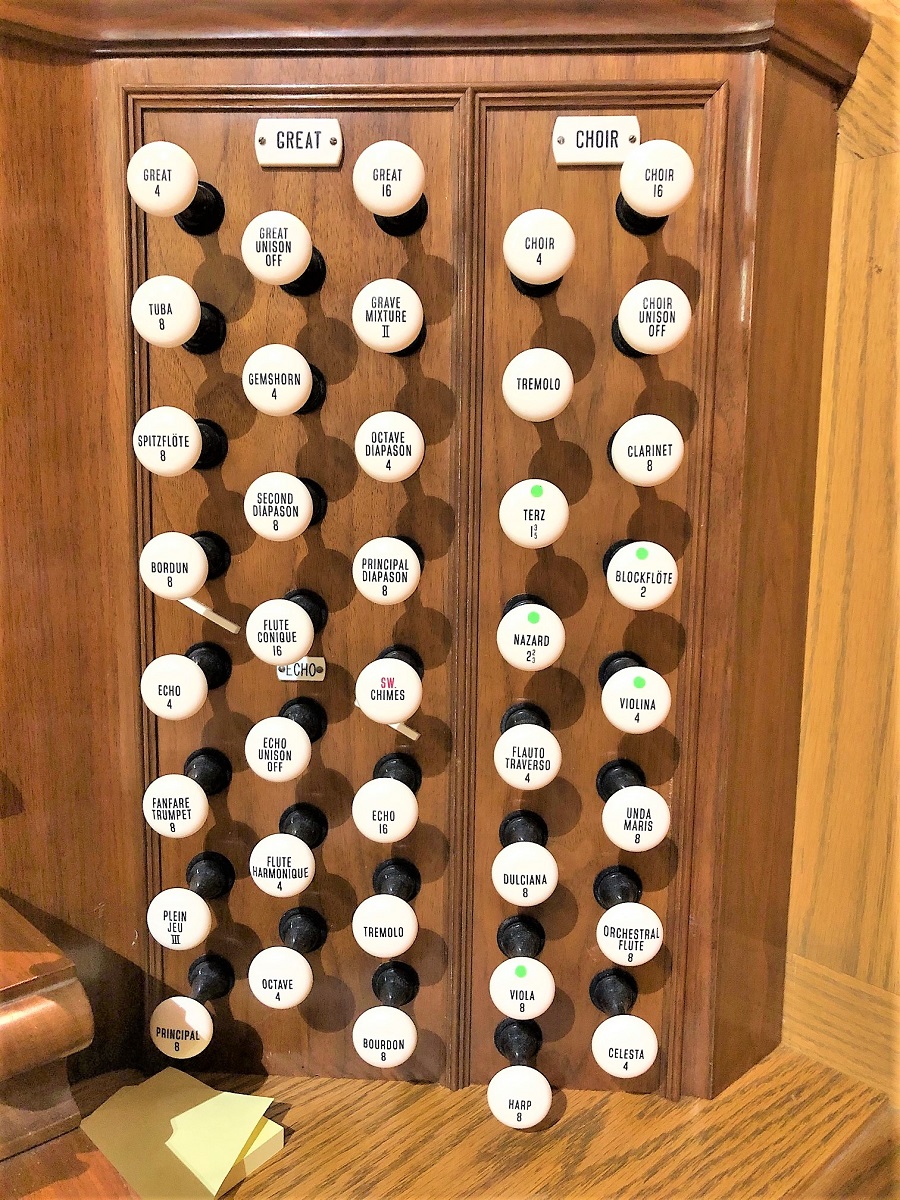 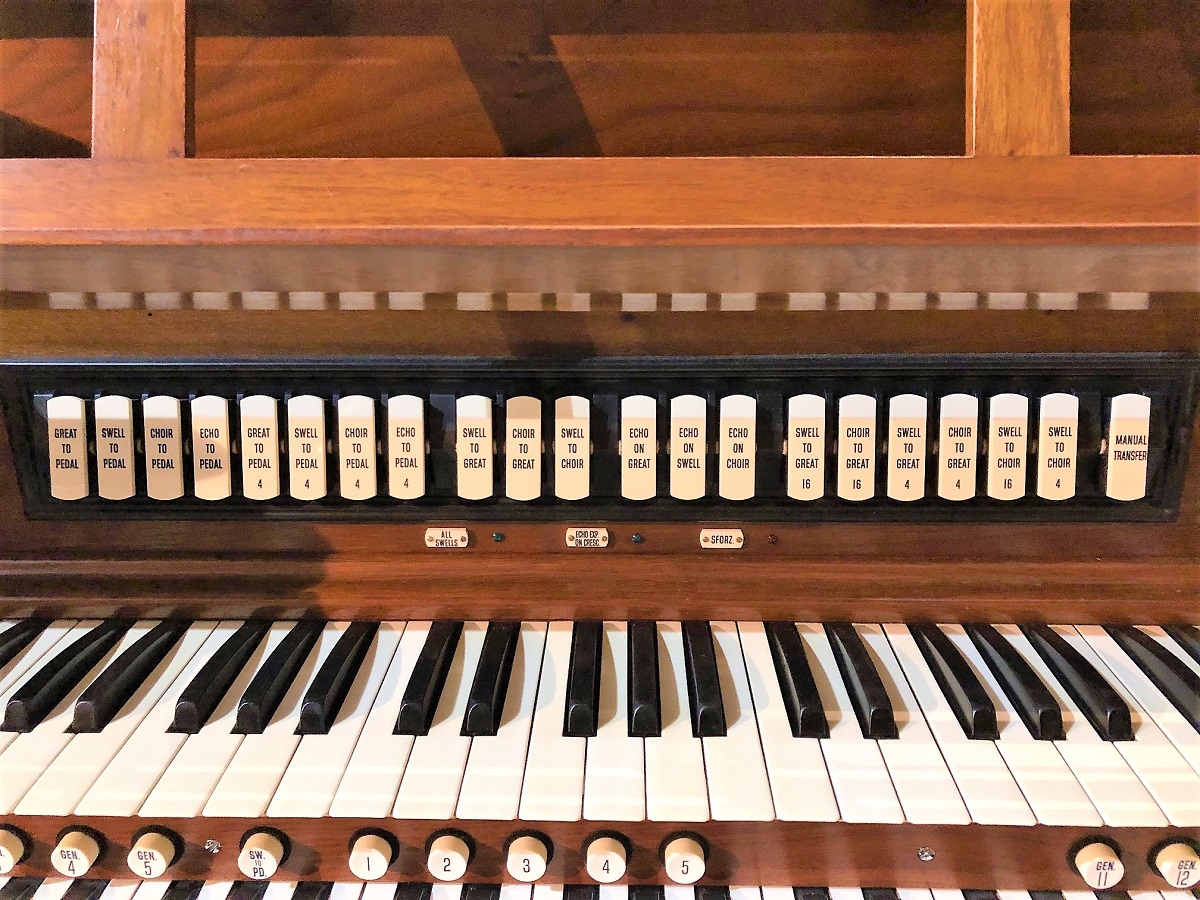 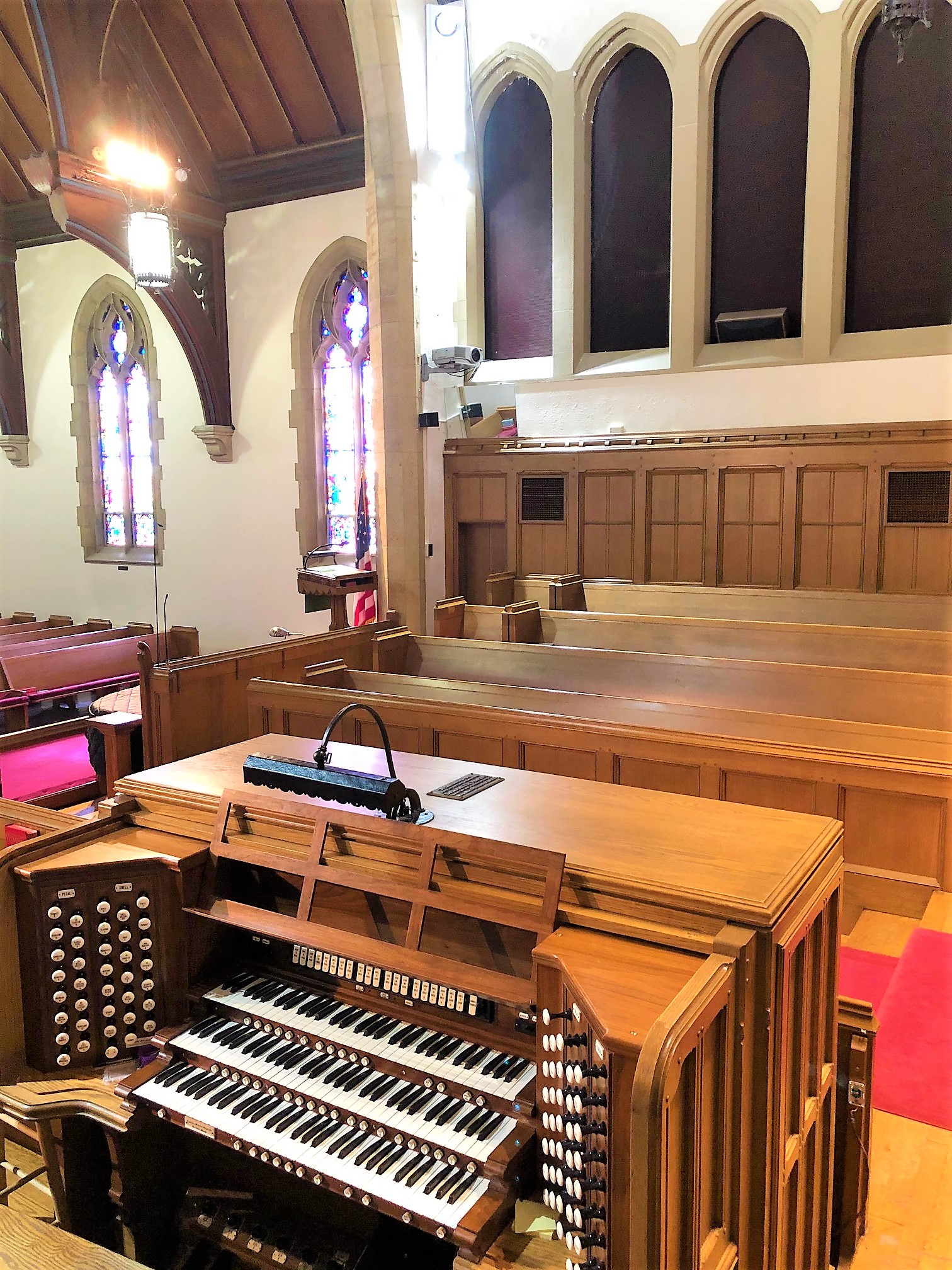 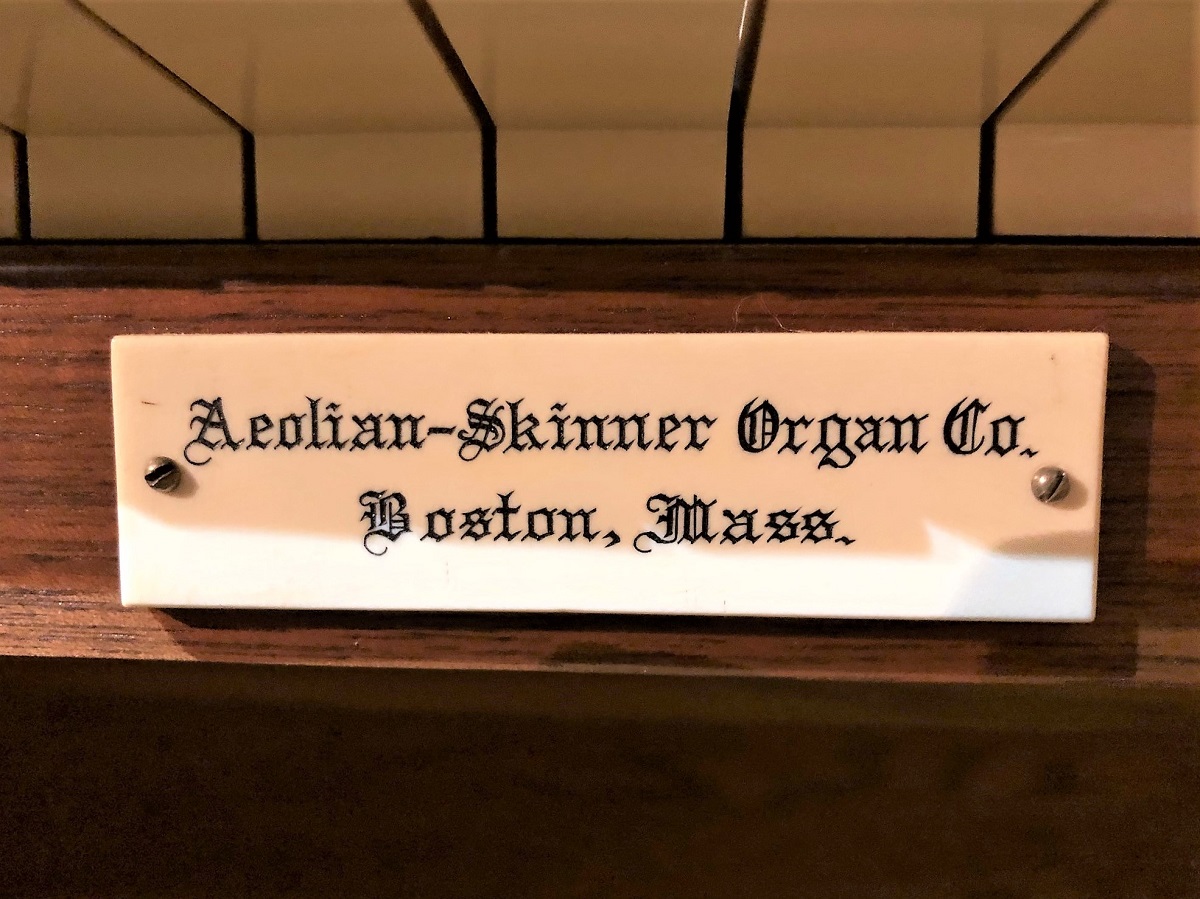 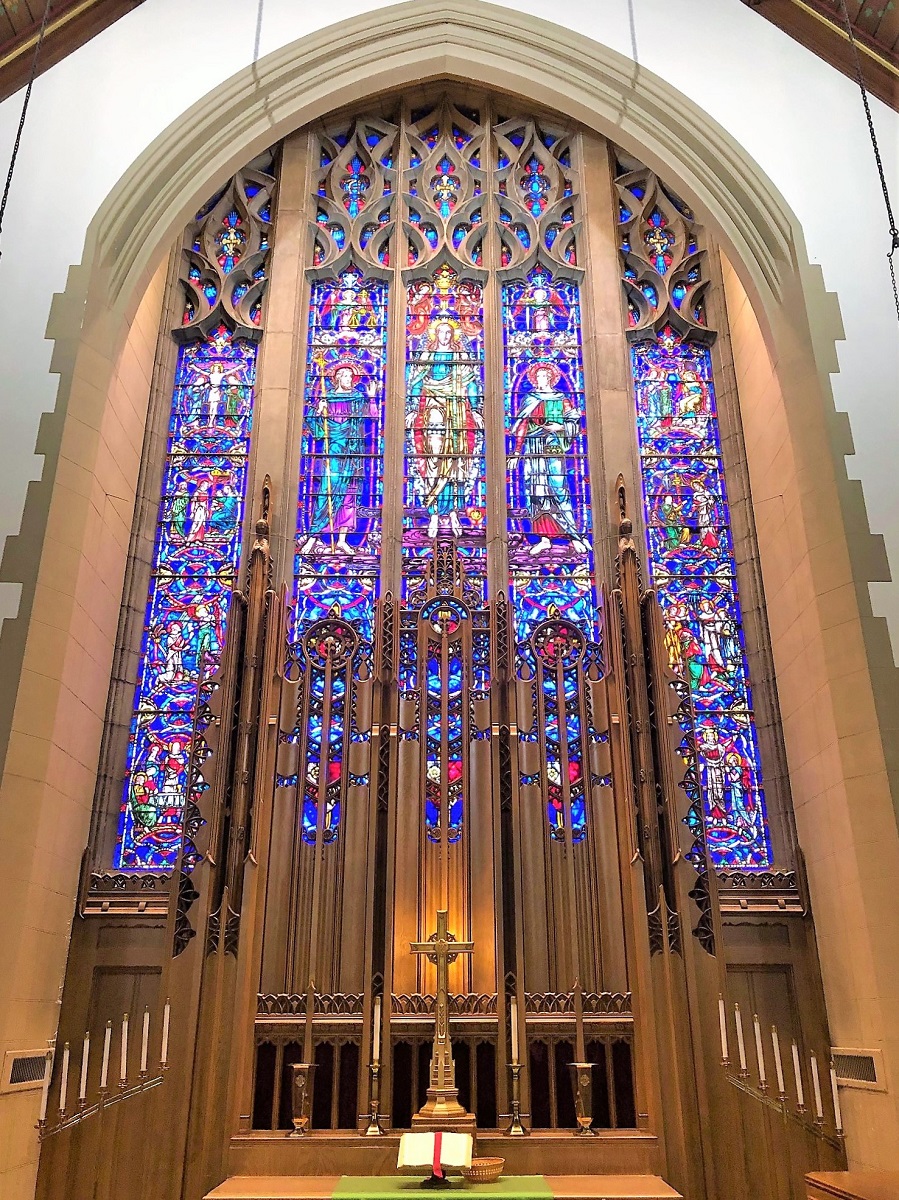 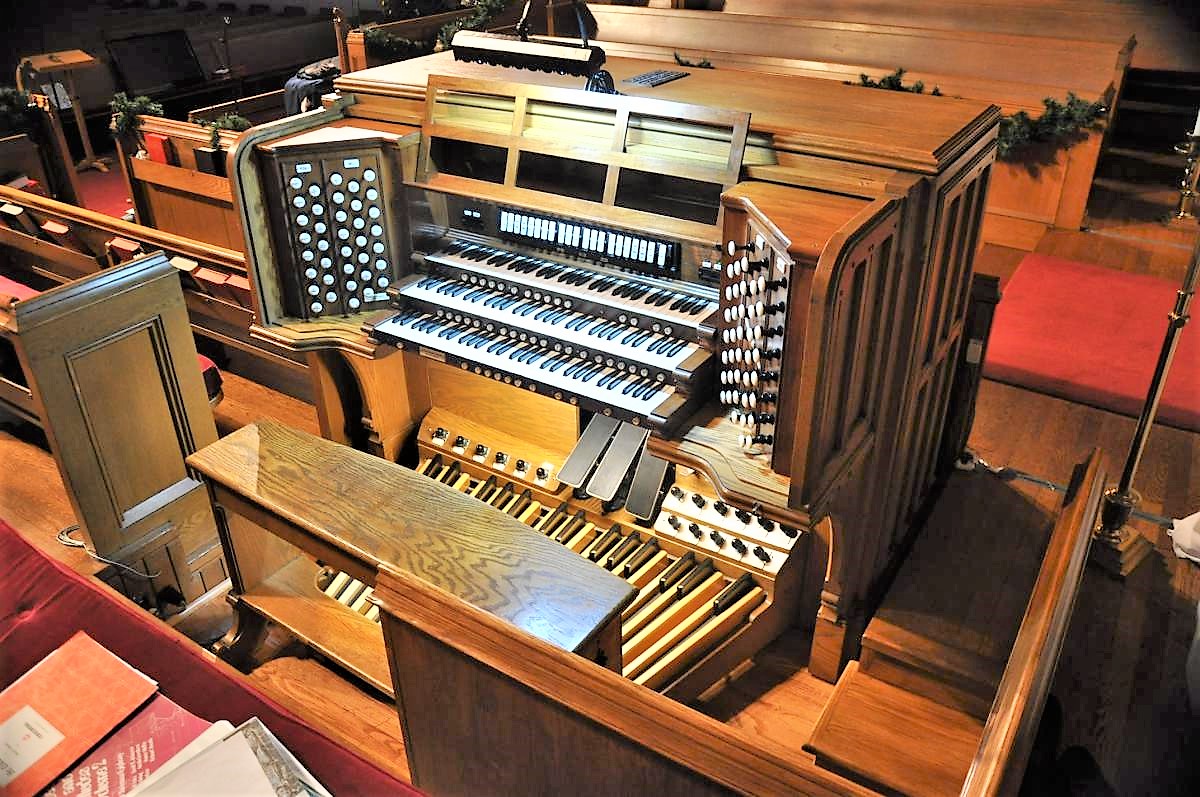