In 1862, department store magnate Alexander T. Stewart (1803-1876) opened a huge cast-iron emporium, which filled an entire block from Broadway to Fourth Avenue and from East 9th to 10th Streets. Abandoning his popular Marble Palace at Broadway and Chambers Street for what many considered an architectural monstrosity sited too far uptown, Stewart proved his critics wrong. The store was painted white inside and out with a dramatic central rotunda topped by a skylit dome, and became the anchor for "Ladies Mile." Twenty years after Stewart's death, the Philadelphia-based John Wanamaker Company bought the store.

John Wanamaker Store - New York City (1936 photo by Berenice Abbott, courtesy NYC-Architecture.com)
In 1902, John Wanamaker built an equally large annex across 9th Street. A second-story bridge connecting the two—seen at the left of Berenice Abbott's 1936 photograph—was called "The Bridge of Progress." The annex contained the auditorium which was the site of many concerts.

Wanamaker's sold the store in 1954, at a time when Herald Square had eclipsed "Ladies Mile" as New York's shopping mecca. Just prior to its demolition in 1956, the building caught fire and burned out of control for a full day before firemen could contain the blaze. The cast-iron construction withstood the fire, only to fall to the wrecker's ball. Today, a 21-story apartment block, built in 1960 and named Stewart House, occupies the site; the 1902 Wanamaker annex is an office building.After the 1904 Austin organ suffered damage from a fire (c.1917-18), the Wanamaker Organ Shop rebuilt and greatly enlarged the organ. The redesigned organ included a new movable console with color-coded stop tablets, and a 13-stop Echo Organ, which was located on third floor and spoke through a tone chute. In 1947 and 1948, the Aeolian-Skinner Organ Co. of Boston was contracted to provide several additions to the organ. Following the sale and closure of the Wanamaker Store in New York, the organ console was acquired by Rubin Frels, an organ builder in Victoria, Texas

We received the most recent update for this note from Database Manager on December 02, 2019.

Stoplist from the NYC AGO New York City Organ Project: Open In New Tab
We received the most recent update for this stoplist from Database Manager on December 02, 2019. 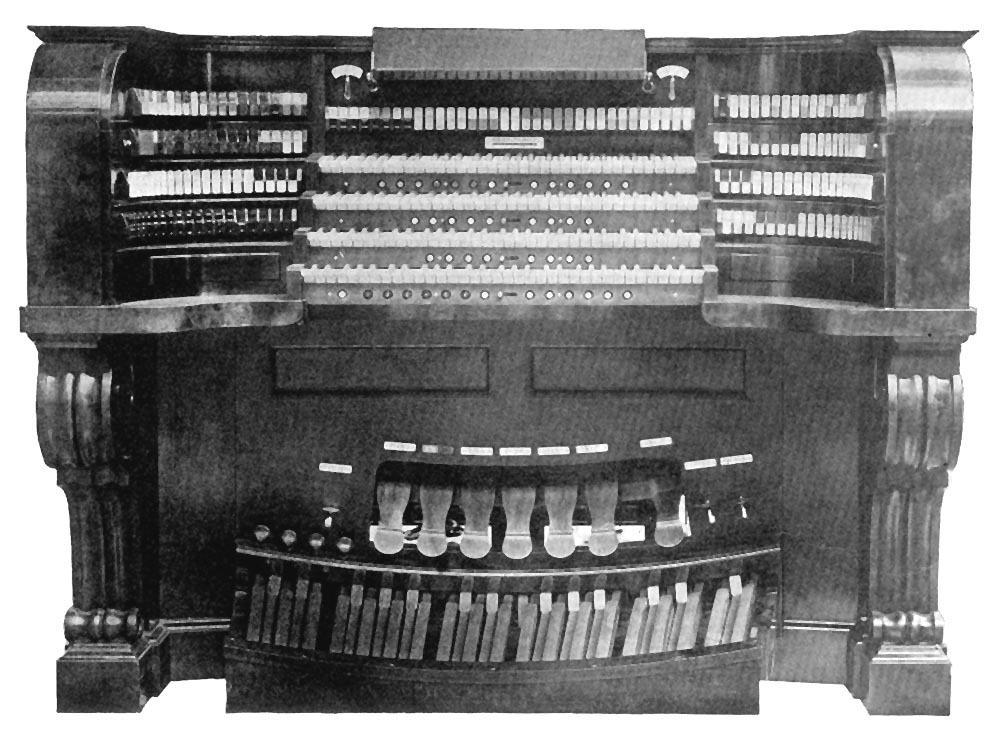 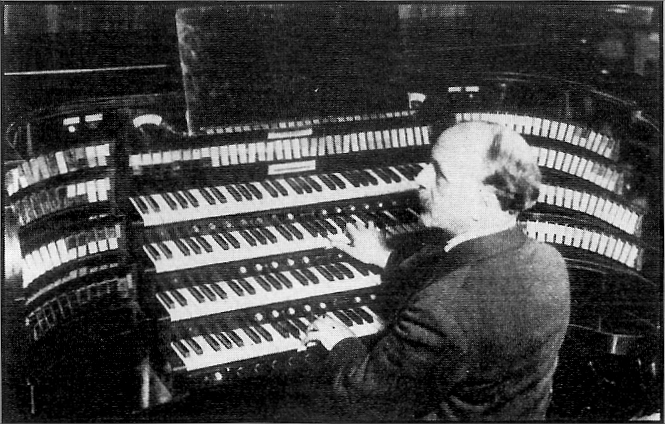 Louis Vierne at the 1920 console: Photograph courtesy of The Friends of the Wanamaker www.wanamakerorgan.com , via the NYC AGO NYC Organ Project. 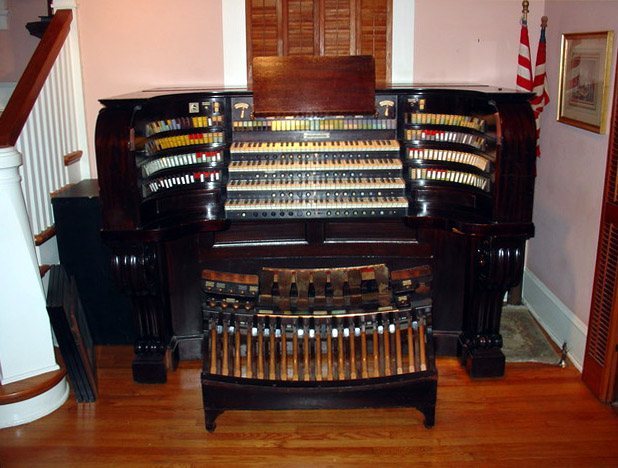 Console in the Ruben Frels Residence, Victoria, Texas: Photograph by David C. Scribner via the NYC AGO NYC Organ Project.

This instrument has been viewed 14 times.