Main: We received the most recent update for this console from Jerry Mead on August 03, 2020.

This entry describes alterations to an existing organ. Identified by Scot Huntington, based on personal knowledge of the organ.

As part of the church's 100th-anniversary program of renewal, a multi-phase program of rebuilding the organ was begun in 2015. Plans to eventually complete the encasement of the organ were permanently shelved, and instead it was decided to leave the organ visually as is, i.e. with non-artistically exposed pipework, but to instead direct funding towards upgrading the organ's musical resources. The first phase was the most comprehensive- the respecifying and revoicing of the entire instrument, to adapt it to the church's acoustics. This work was begun in the Summer of 2014, and progressing one division at a time was completed in the Spring of 2015. New pipework was incorporated within the Great to rescale the Principals 8' and 4', replace the treble portion of the Harmonic Flute, and to recompose the Mixture. The Swell enclosure was substantially rebuilt and reinforced- the nave facing shades were encapsulated and the gallery-facing shades were replaced with a set of thick horizontal shades opening upwards toward the vaulting. The wind pressures were lowered throughout, the wood flutes were rebuilt, the pipework was substantially revoiced, and the Swell and Great mutations were recomposed. Phase II will replace the Great and Pedal reeds circa 2016-17. Phase III will relocate the Pedal upperwork chest from its location in the front of the rear window to a position on the nave-facing side wall of the 2014 Swell enclosure. Phase IV will upgrade the wind systems of the Great, Swell and Pedal, including the installation of new Tremulants.

Myself: Open In New Tab Original document from Scot Huntington. Originally published 2017-03-08
We received the most recent update for this stoplist from Database Manager on April 09, 2020. 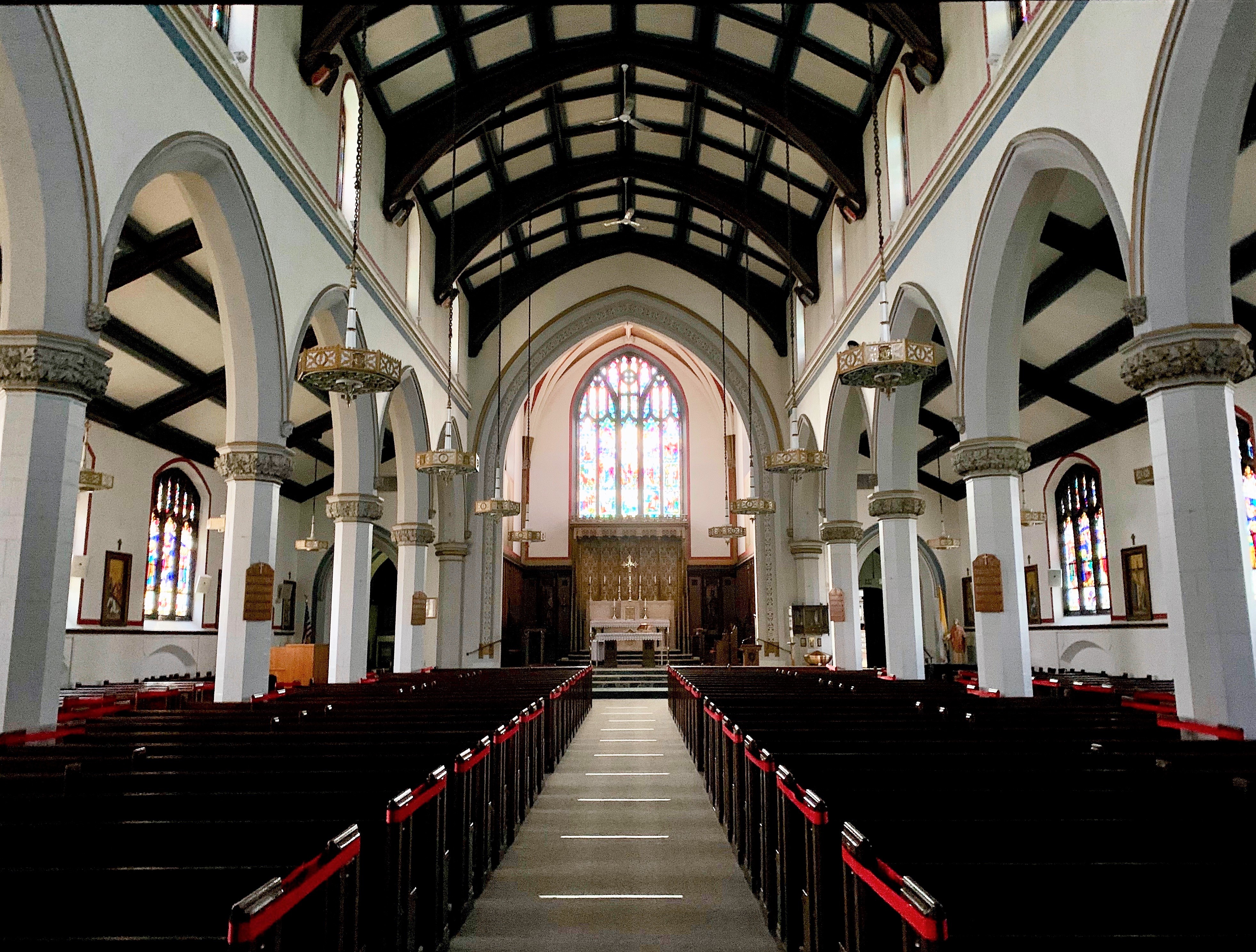 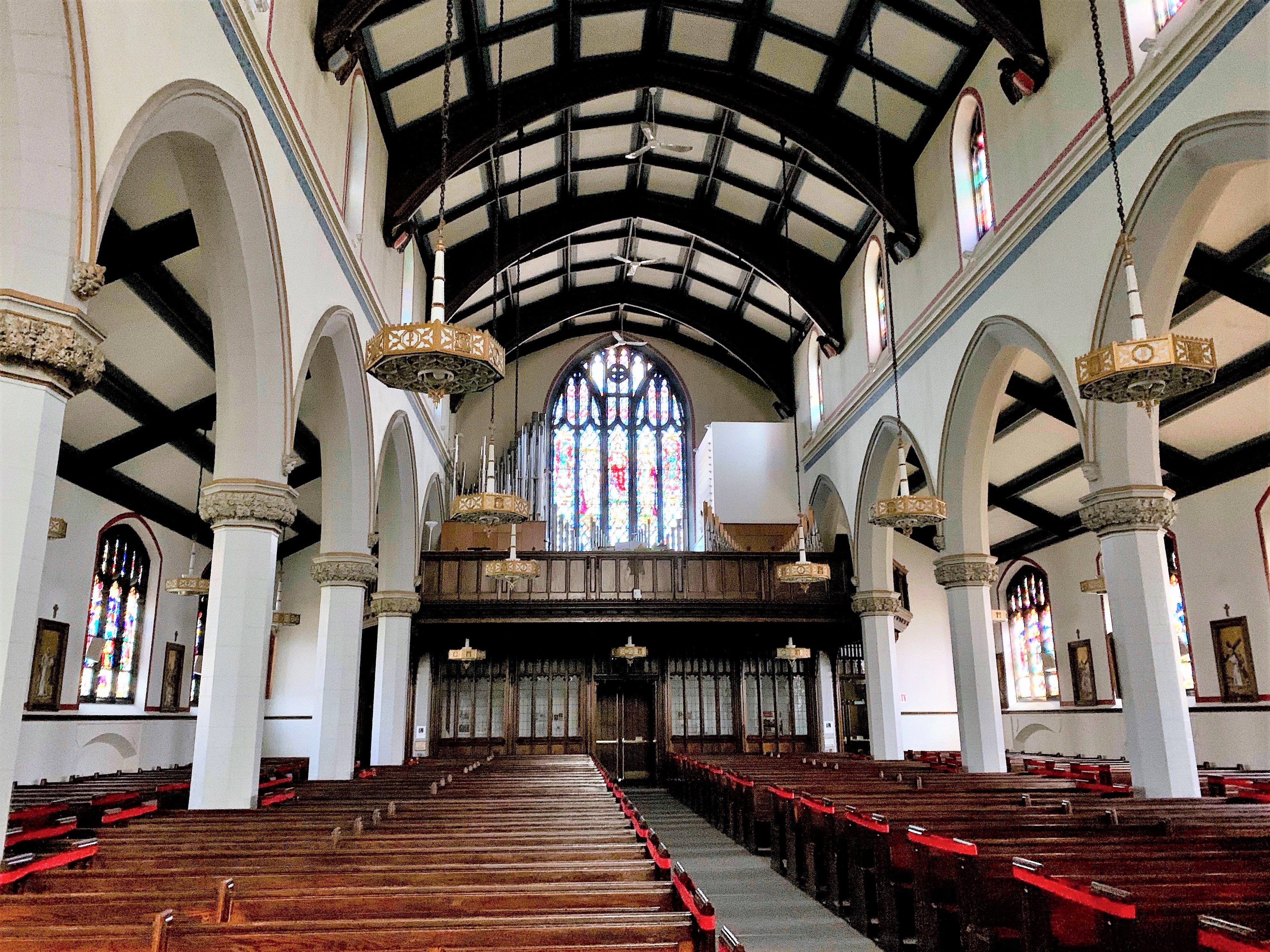 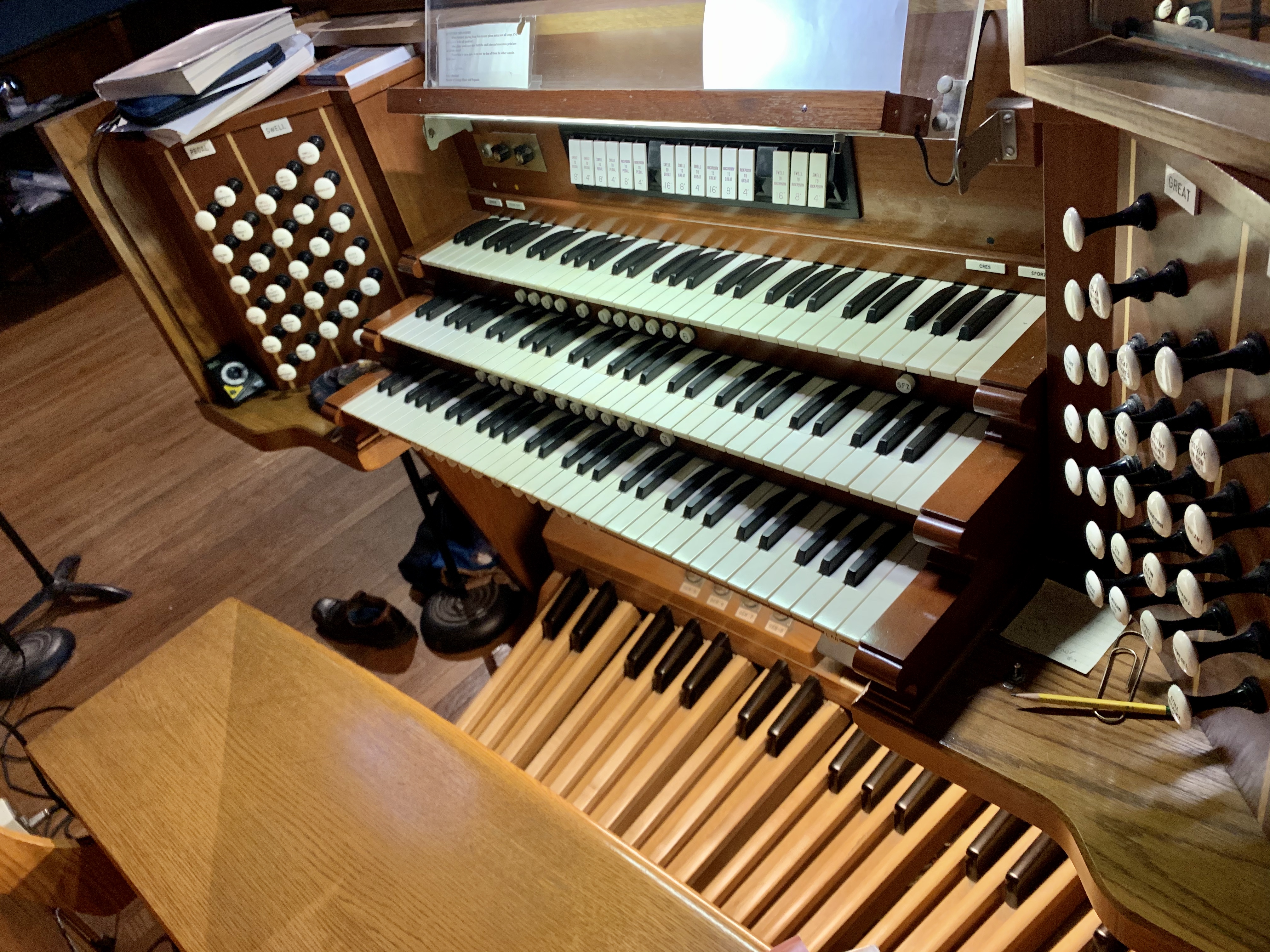 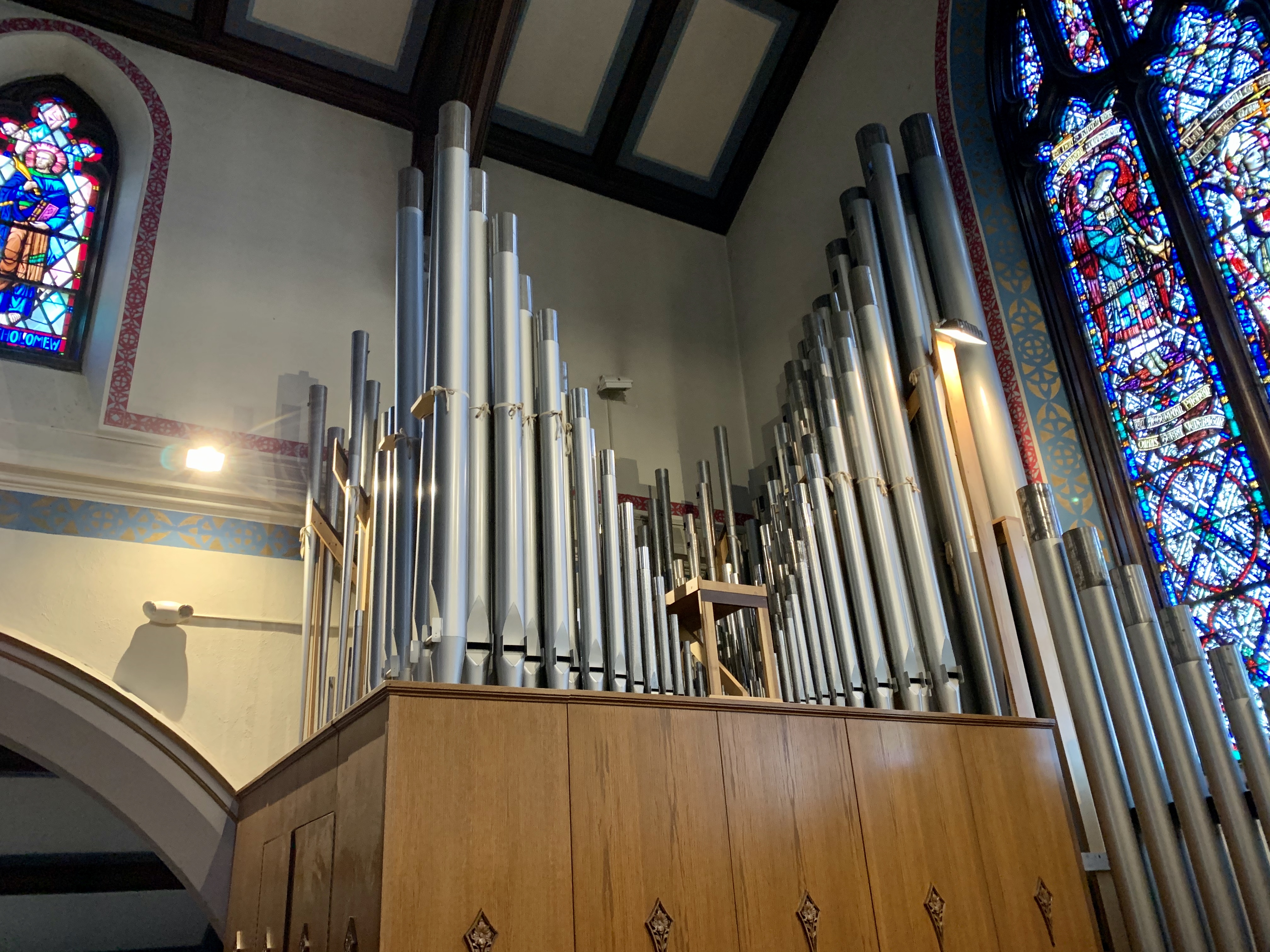 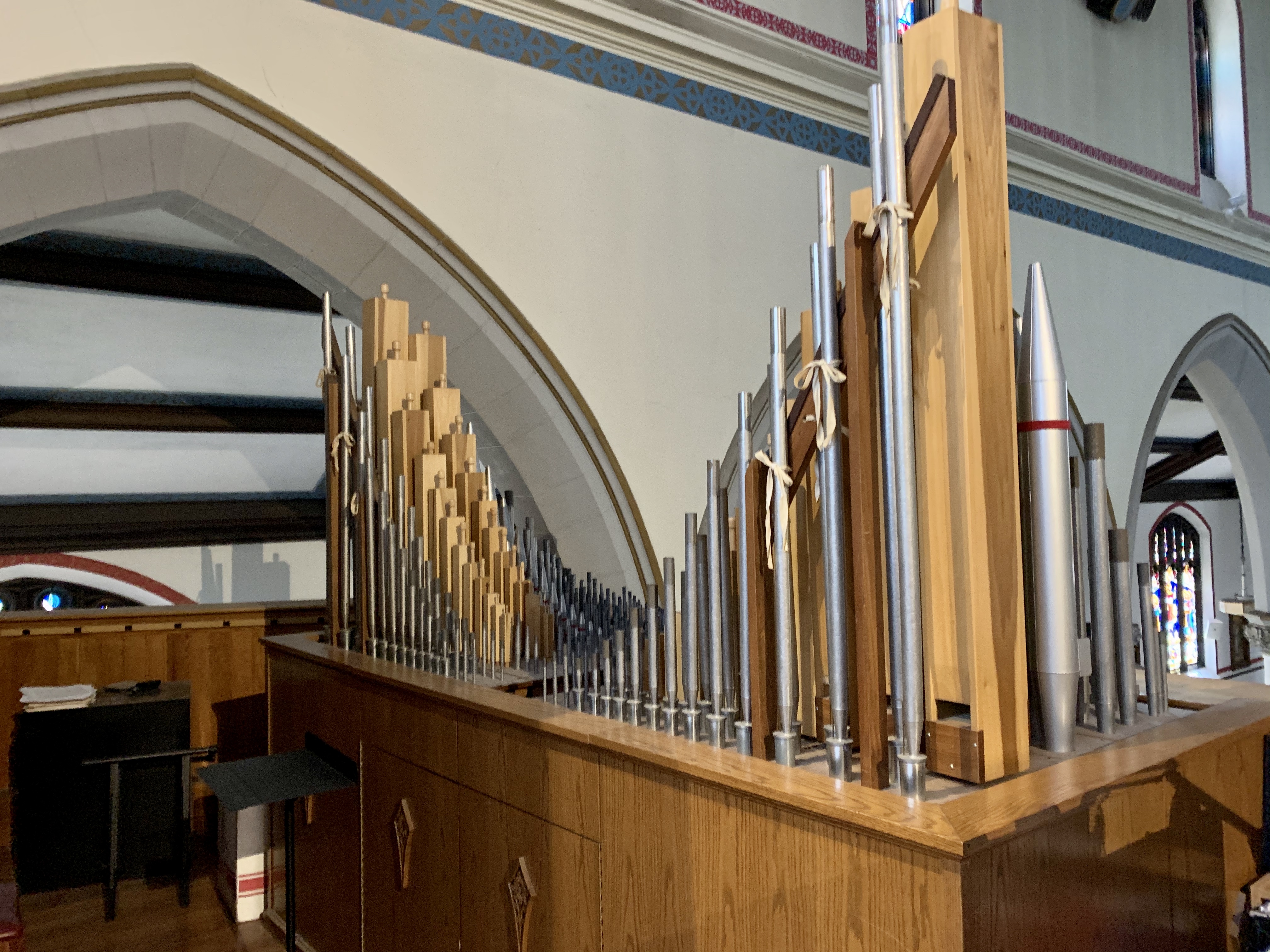 This instrument has been viewed 130 times.