Updated by Karen Lorentz, who has heard or played the organ. In addition Karen Lorentz gave this as a source of information: Steve Russell of Russell Organ Co. who maintains the Middlebury Congregational Church Opus 131 told me it has been altered "numerous times." Therefore, the Johnson Opus 235 at Shrewsbury is the oldest unaltered Johnson organ still working in its original location in VT (based on research of OHS database). Rupert's organ Johnson is also being played (source Pastor Atkins) and OHS lists as unaltered but it was a later installation, again making Shrewsbury's organ the oldest unaltered in VT.

Updated by Karen Lorentz, Treasurer of Shrewsbury Community Church, who has heard or played the organ. Karen Lorentz also named this publication as a source of information: I wrote the article about the organ and interviewed the tech who knows it. Karen Lorentz also listed this individual as a source of information: Robert Newton, formerly technician at Andover Organ Co. Kevin Mathieu and Andrew Hagberg current techs.
The Opus 235 actually belongs to the town - it was gifted to the Town by former resident Henry Smith with the stipulation that it be played for "whatever Religious Society held services in the Meeting House.â€ (The upstairs is the church (sanctuary, meeting room, children's room) and the downstairs provides a town hall for residents and meetings and functions. The three church denominations became the Shrewsbury Community Church in the 1950s. The organ is in the original center church building where installed.
When the Organ Historical Society met in Vermont in 1972, Shrewsbury-s organ was played as part of their tour and program. They cited the organ as "an instrument of exceptional historic merit worthy of preservationâ€ - one of only 120 organs nationwide to receive this designation. The organ was featured as one of a dozen organs of special merit on a Johnson Organ Documentary recording made in 1988, when it was played by nationally renowned organist Susan Armstrong. There is an electric blower that supplies air to the reservoir but the hand pump still works and there is a pumper stop to alert the hand pumper that it's time to begin pumping.
Corrections: Maple Crest Farm. The organ is under the care of the Church Trustees who hire Andover Organ Company to perform annual maintenance and tuning which was last done in Nov. 2017.
Shrewsbury Community Church services are held Sept. through June (July and August are at its Historic Northam Church) at which services the organ is played and all are welcome.

Updated through on-line information from James R. Stettner. -- Organ a gift to the church from a Mr. Smith. Mr. William Smith of Maple Creek Farm directly across the street from the church is the Great Grandson of the donor, and continues to govern care of the organ. The organ is in a small, slightly elevated gallery at the rear of the church. The 3-section facade of three arches contain 21 gold-painted pipes arranged: 5-11-5. None of these are speaking pipes. Expression louvers are horizontal. The [II] Mixture has a tierce component. Stoplist: 8, 8, 8, 8 bass, 4, 4, 2, [II], 8 + Ped. 16. A nearly identical Johnson from ca. 1864 exists in the Stagg residence in Blaine, Washington. Its original home is unknown.

Source not recorded: Open In New Tab Stoplist taken from the console Nov. 17, 2015
We received the most recent update for this stoplist from Database Manager on April 09, 2020. 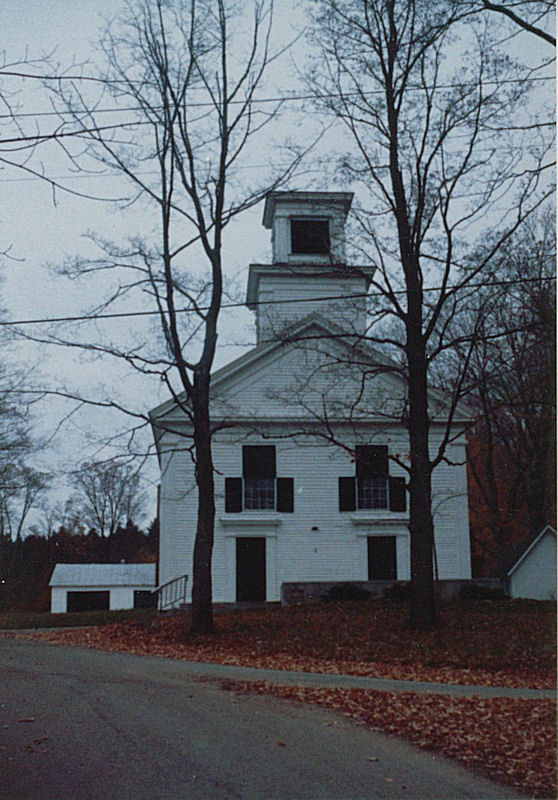 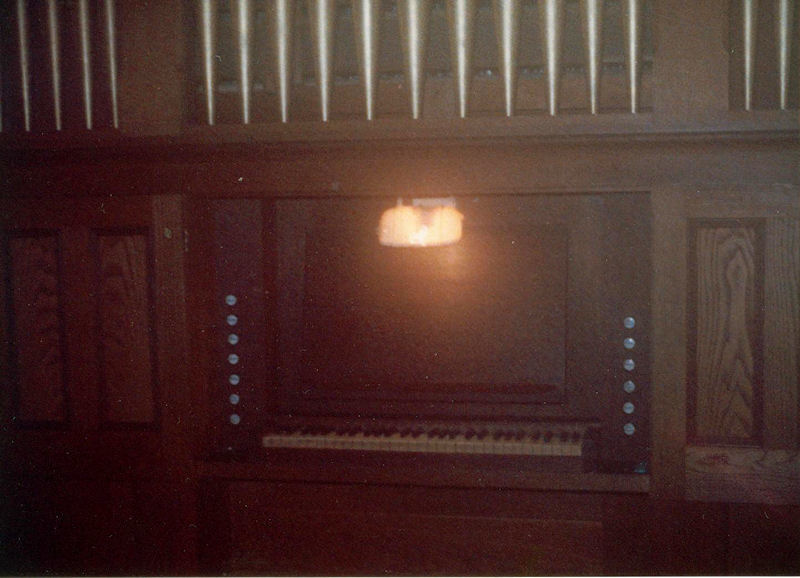 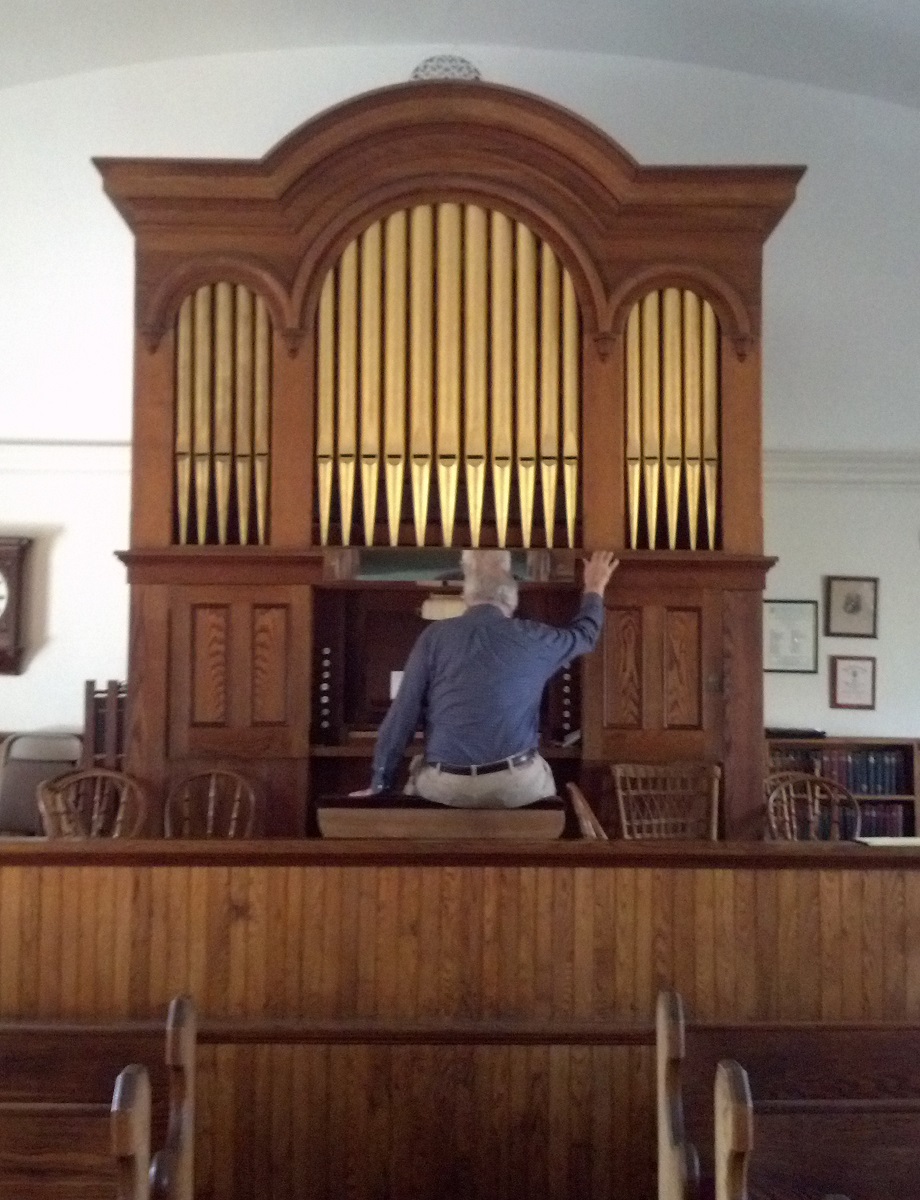 This instrument has been viewed 161 times.