This entry describes a new home for an organ that was relocated without either tonal or mechanical changes.
Identified by James R. Stettner, listing this web site as a source of information: http://pipeorgans.com.au/canada-adelaide-1927-cassavant-freres-organ-adelaide-cathedral/.
Reportedly originally built for St Jean de la Croix Church in Montreal, Canada. The organ was shipped from Canada in 2005. The first refurbishing work was completed in 2007. The project was completed in 2015. According to the Wakeley website, "The layout of the organ is the same as it was installed in Montreal. A new 16- façade and casework will be installed, designed to match the interior of the church." 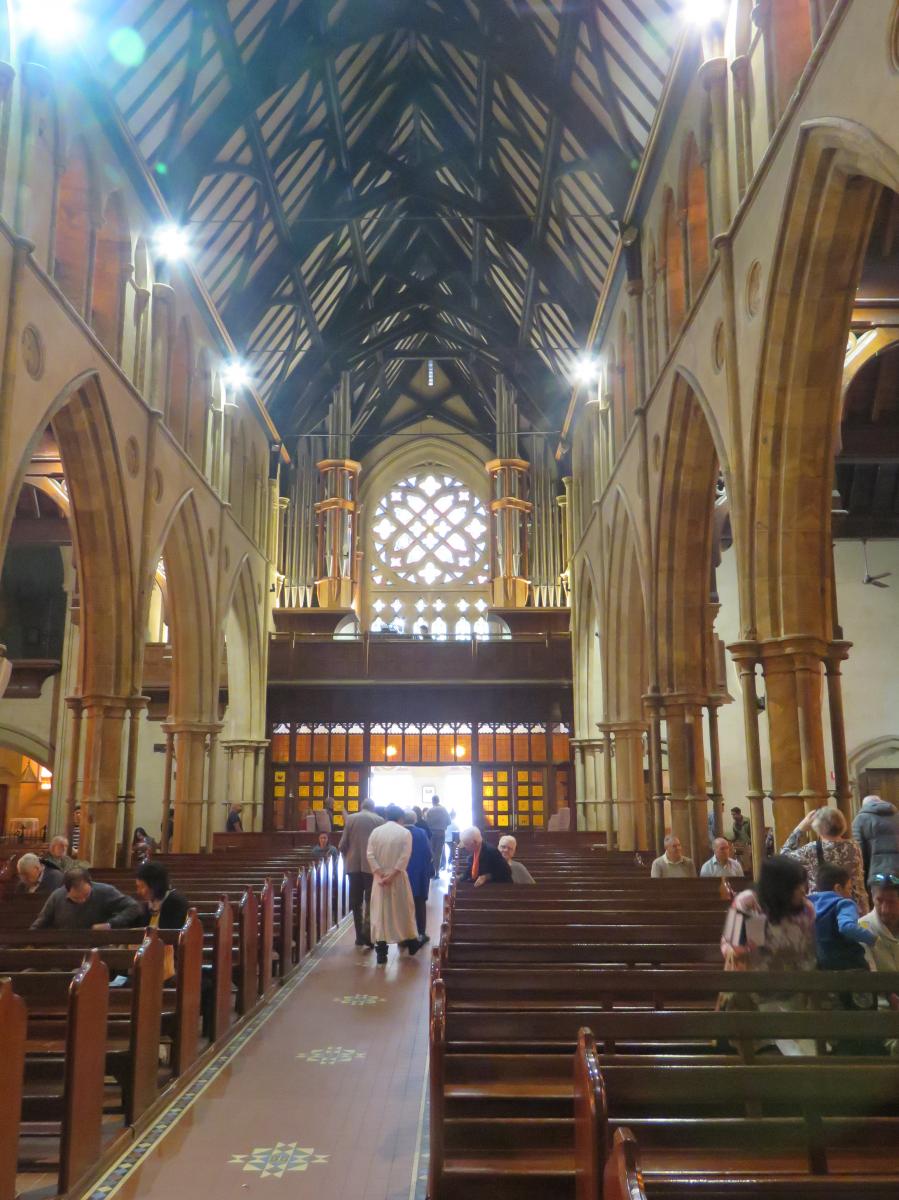 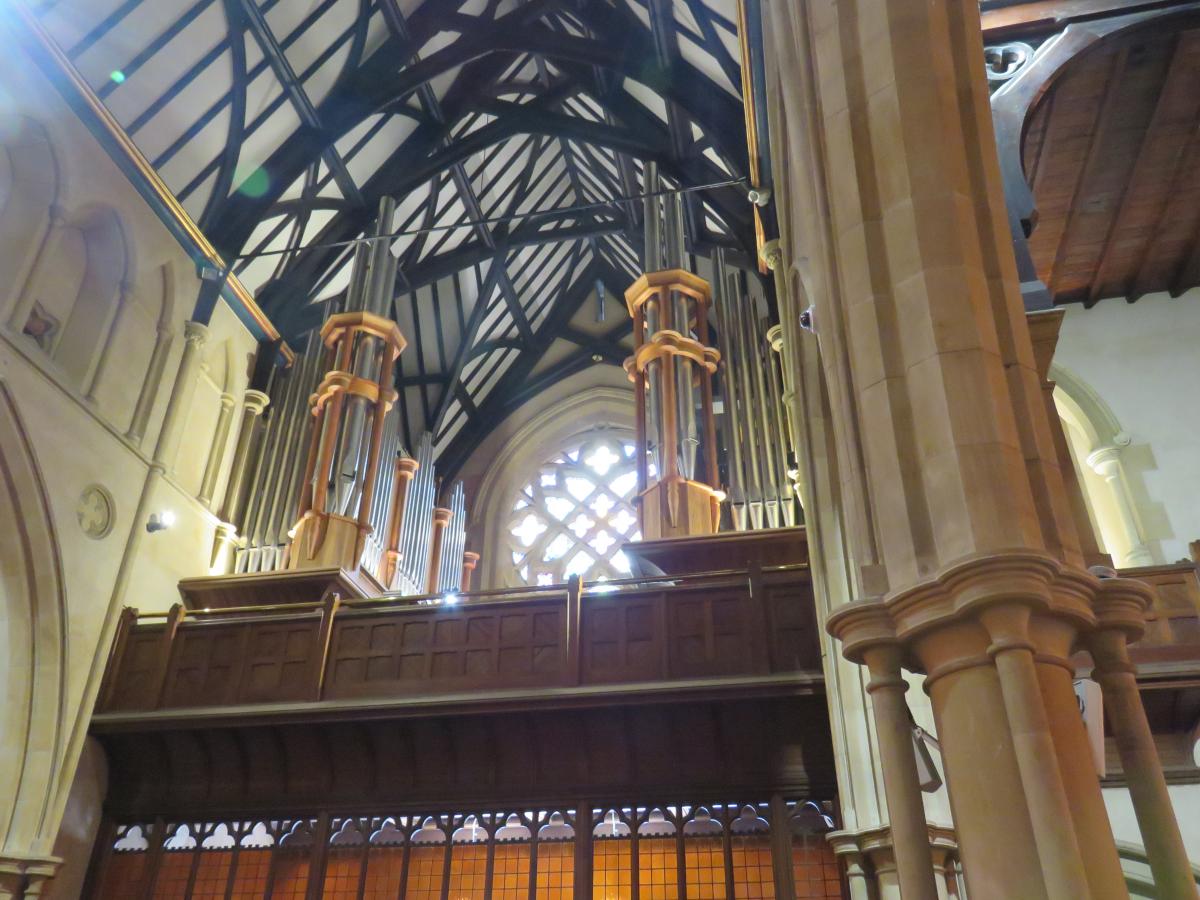 Organ in the West Gallery (with woodwork towers inspired by the columns of the nave which have detached colonettes): Photograph by William M. Worden. Taken on 2019-04-28 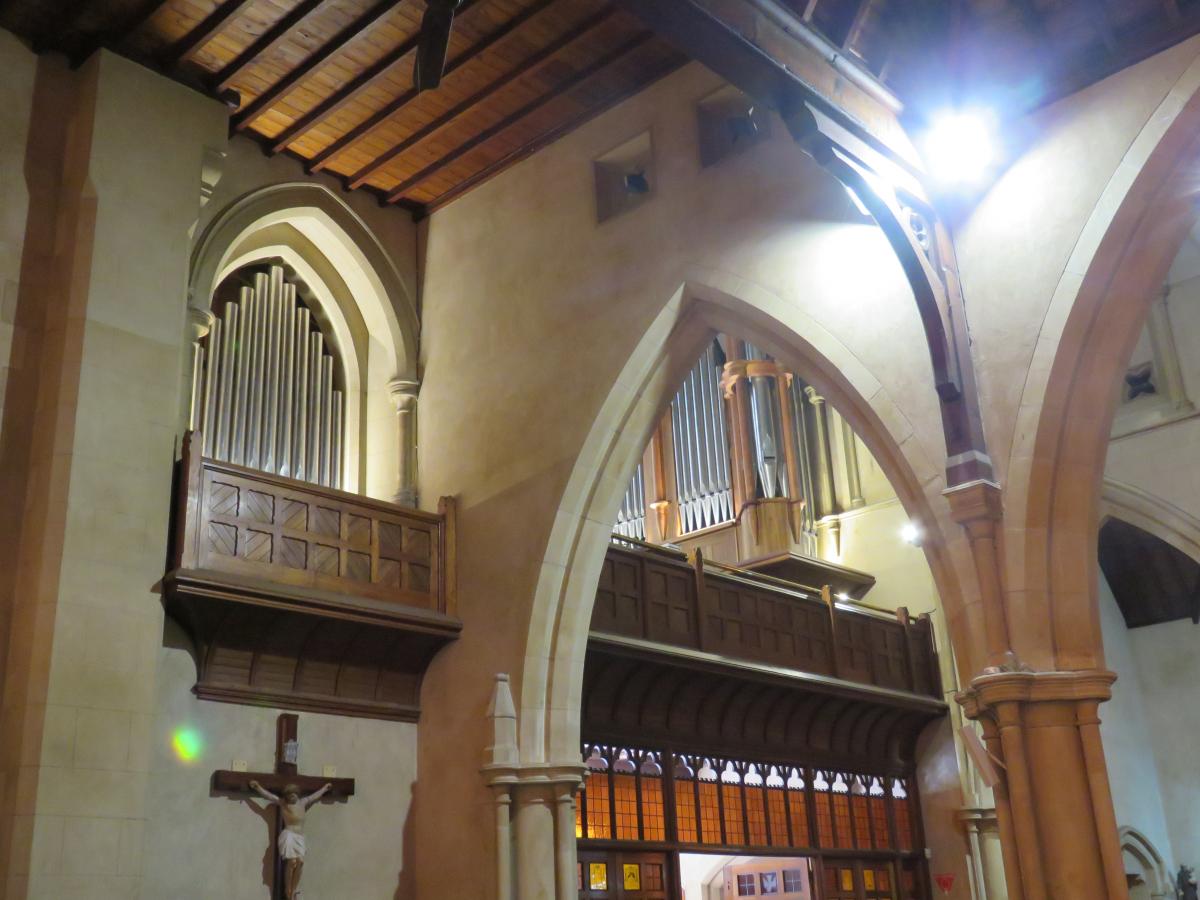 This instrument has been viewed 159 times.