We received the most recent update for this instrument's status from Scot Huntington on November 12, 2020.

All: We received the most recent update for this division from Database Manager on September 08, 2019.

Solo-Echo: We received the most recent update for this division from Huntington on July 07, 2020.

Main: We received the most recent update for this console from Scot Huntington on July 07, 2020.

After researching the Viner notebooks in the Archives In Oct. 2020, I now question the Fox Index biography which has Viner working with Johnson relatively early. While there is no clue in the Viner materials when he actually emigrated to the U.S. nor what his activities here were, his large ledger notebook begins in 1891 and records every Johnson organ organ with scales until the firm closed in 1896, and then details every significant Viner project from 1897 until the mid-1930s. This leads me to surmise that he may not have arrived at the Johnson firm in a significant capacity until 1891.

The Viner collection also contains a bound "scrap book" containing a collection of high-quality professional photographs of Viner consoles and installations-- likely a tool used for sales calls. There are several labeled photographs of the Trinity console staged or in the factory, which is how it can be identified amongst the unlabeled images in the Viner catalog.

The Viner stoplist differs only in the smallest details from the first known published specification in 1897, (stop names, number of ranks in the Swell Cornet), except for one detail: the 1897 spec lists both a 16' Dolce and 16' Dulciana in the Pedal, but in Viner the Dolce is missing, unless it was the Swell Bourdon available in the Pedal (confusingly named), which seems doubtful in the presence of the original stop action having separate Bass and Treble sliders and stop actions to facilitate its use in the Pedal through the couplers. Except for this one detail, the Viner spec suggests the Hook remained unchanged from its 1897 state.

The same argument holds for the 1927 Pedal Lieblich Gedeckt which one might reasonably assume could also be the Swell Bourdon, except for its being listed with the Pedal stops grouped together as borrows from the Gallery Solo-Echo. This suggests it was an independent soft rank in the gallery box, or an extension of the Echo Fern Flute.

The Englishman Charles Viner, working with Johnson by 1858, established Charles Viner and Son (Charles B. Viner) ca. 1888 in Buffalo, succeeding Garret House. The firm reorganized as the Viner organ Co. after 1930 and remained in business until the early 1960s. Viner was the principal service firm in Buffalo during the first third of the 20th century, doing reasonably respectful work maintaining the city's older instruments. Viner kept an extensive notebook containing the specifications of the organs in their care, most recorded during the 1920s and now in the possession of the OHS Archives.

The Viner company maintained the Trinity Church Hook & Hastings and made unspecified repairs/alterations in 1907 and a substantial renovation and enlargement ca. 1927. In the 1920s, the typical Viner console was the horseshoe variety with a complete complement of couplers and pistons. Viner enlarged the organ with Solo and Echo divisions installed in the rear gallery and a new 4-manual console to control the instrument. Analysis of the stoplist indicates no tonal changes were made to the Hook & Hastings except perhaps in nomenclature, and even the separate treble and bass stops for the Swell Bourdon 16 were retained.

A notation appended to the bottom of the page for the Trinity stoplist and dated Apr. 1946, lists the insurance valuation Viner provided to the church for the main organ, and for an as-yet unidentified organ in the chapel: (for replacement value) Chapel- $12,500; Church- $51,500; total for church and chapel $63,000-$65,000.

The combined Swell/Choir expression pedal on the Viner console is curious. It would be logical to suppose the Swell was installed above the Great and Choir if chamber height permitted, otherwise the divisions would have been laid out horizontally one behind the other, requiring a rather deep chamber. If Viner enclosed the Choir, why not provide independent expression, or if this was a horizontal layout, did he simply expand the Swell enclosure to include it? If Hook had included the Choir in the Swell box, this would have been so unusual one would expect comment to have been made in the press reports. However, by 1896 it would not have been out of the question in a "modern" organ for the Choir to have its own dedicated enclosure rather than being unenclosed. With all the up-to-date controls Viner added to this console, his not providing independent expression control for the Choir is puzzling.

We received the most recent update for this note from Scot Huntington on June 30, 2020.
Database Manager on September 07, 2019:

We received the most recent update for this note from Database Manager on September 08, 2019.

Charles Viner notebook: Open In New Tab Courtesy American Organ Archives of the O.H.S., July 23, 2019 Originally published ca. 1927
We received the most recent update for this stoplist from Scot Huntington on November 11, 2020. 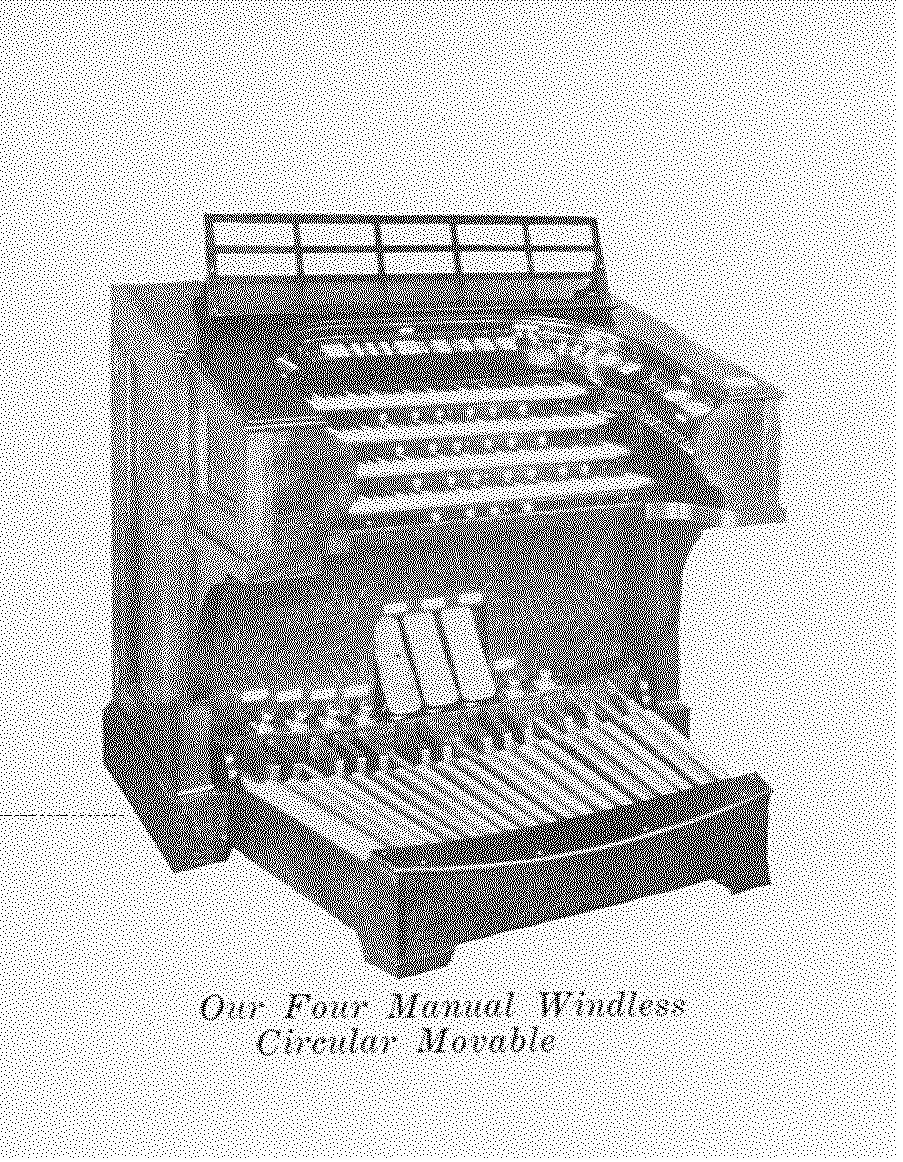 This instrument has been viewed 356 times.