We received the most recent update for this instrument's status from Database Manager on October 21, 2019.

All: We received the most recent update for this division from Database Manager on October 21, 2019.

Main: We received the most recent update for this console from Database Manager on October 21, 2019.

In 1982 an 8' Trompette-en Chamade was added speaking from the front of the sanctuary. The pipework was replaced for this stop in 2015. In 1985 an enclosed 23 rank antiphonal was added in the rear of the sanctuary using old pipework of unknown origin on pitman chests. The original console was adapted to accommodate the new stops. In 1995 three Walker electronic 32's and one 16' Principal stops were added to the pedal.(These are the only electronic stops currently on the organ.) In 1998 the carpet was removed from the sanctuary and replaced largely by hardwood floors. In 2003 a used 1982 Austin draw knob console was purchased and rebuilt to replace the original 1963 Austin tab console. This console utilizes Peterson electronics which includes MIDI and 99 memories for 20 generals and 8 divisional pistons for each manual as well as 4 coupler pistons, reeds off, 16' off, all swells to swell etc. Each division has Austin style division cancels. The replacement 1982 drawknob console came from First Presbyterian Church, Philadelphia.

We received the most recent update for this note from Database Manager on October 21, 2019.

Stoplist from the church website and from the console October 15, 2019: Open In New Tab
We received the most recent update for this stoplist from Database Manager on October 21, 2019. 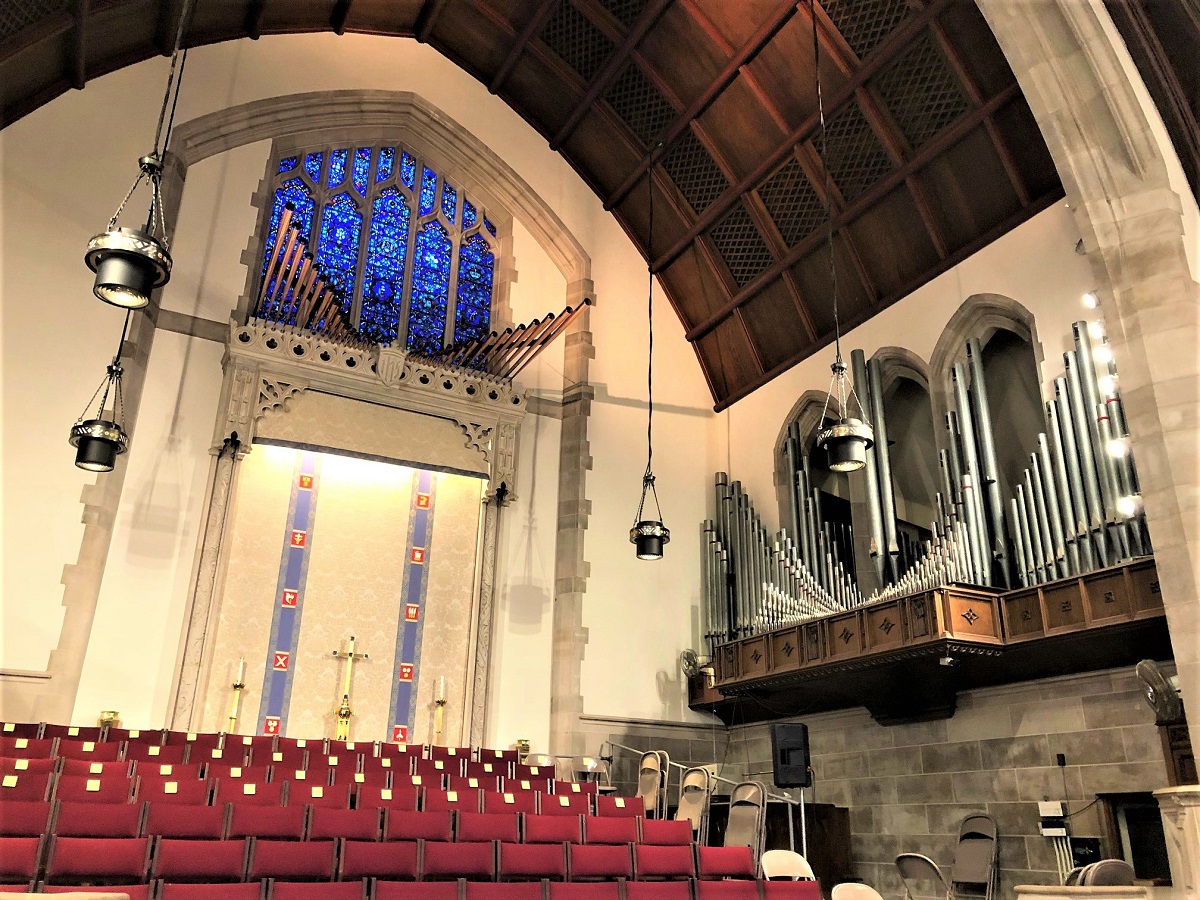 Chamber and exposed pipes: Photograph by Jeff Scofield. Taken on 2019-10-15 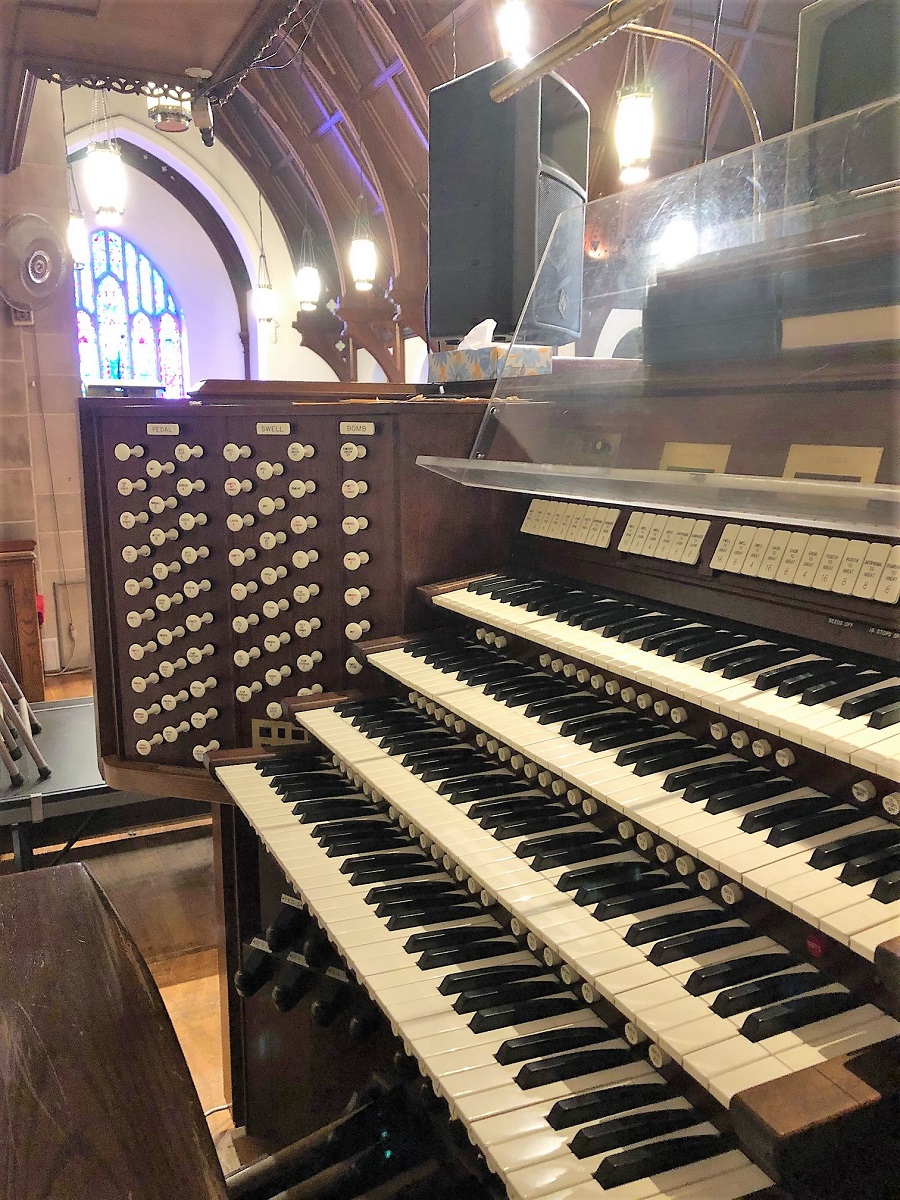 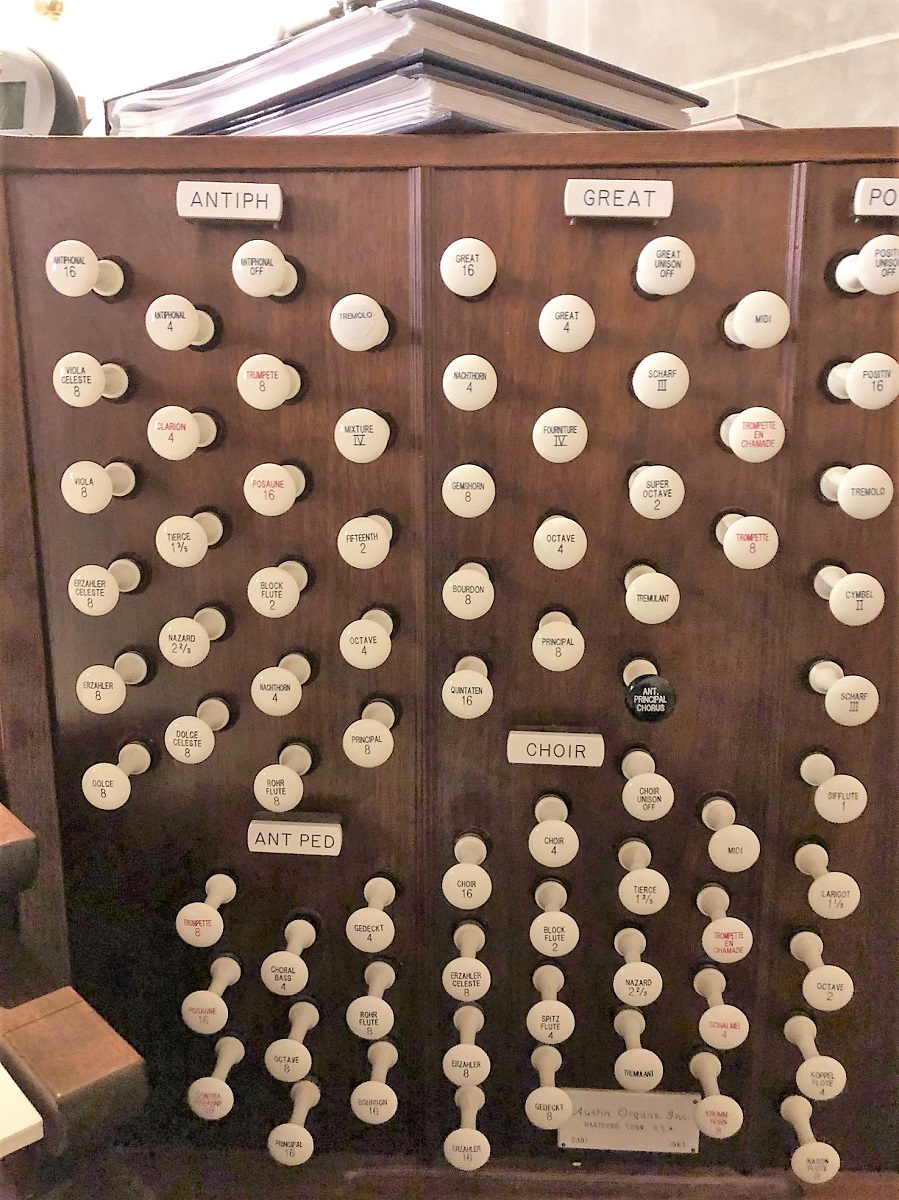 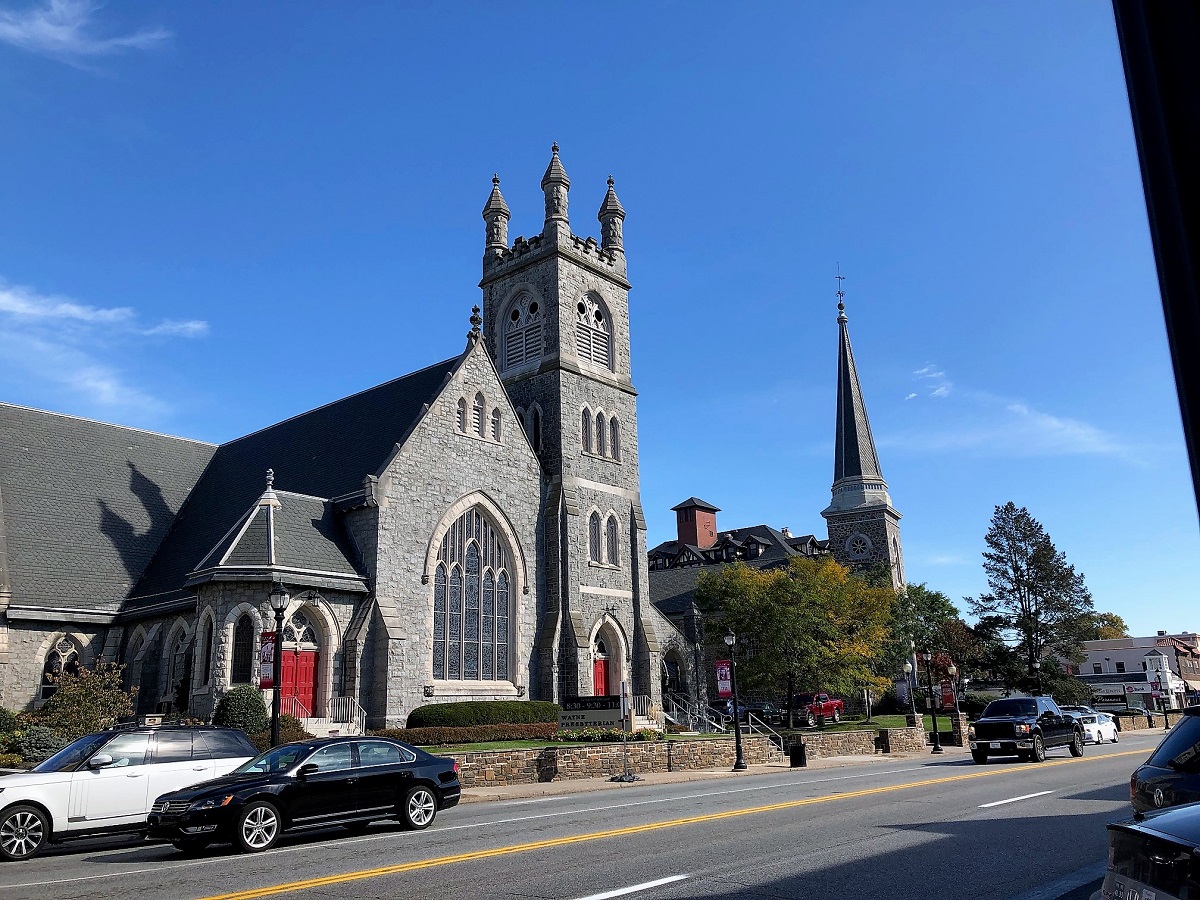 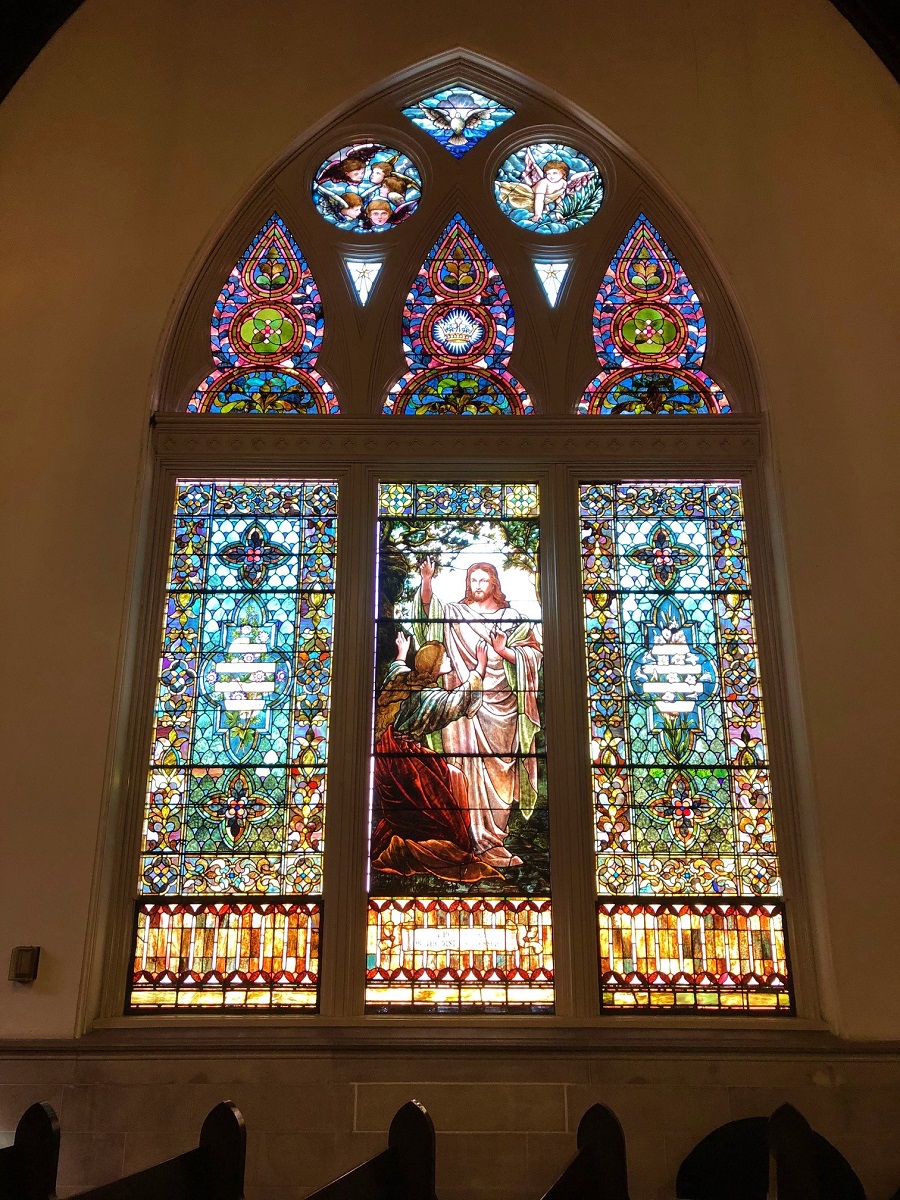 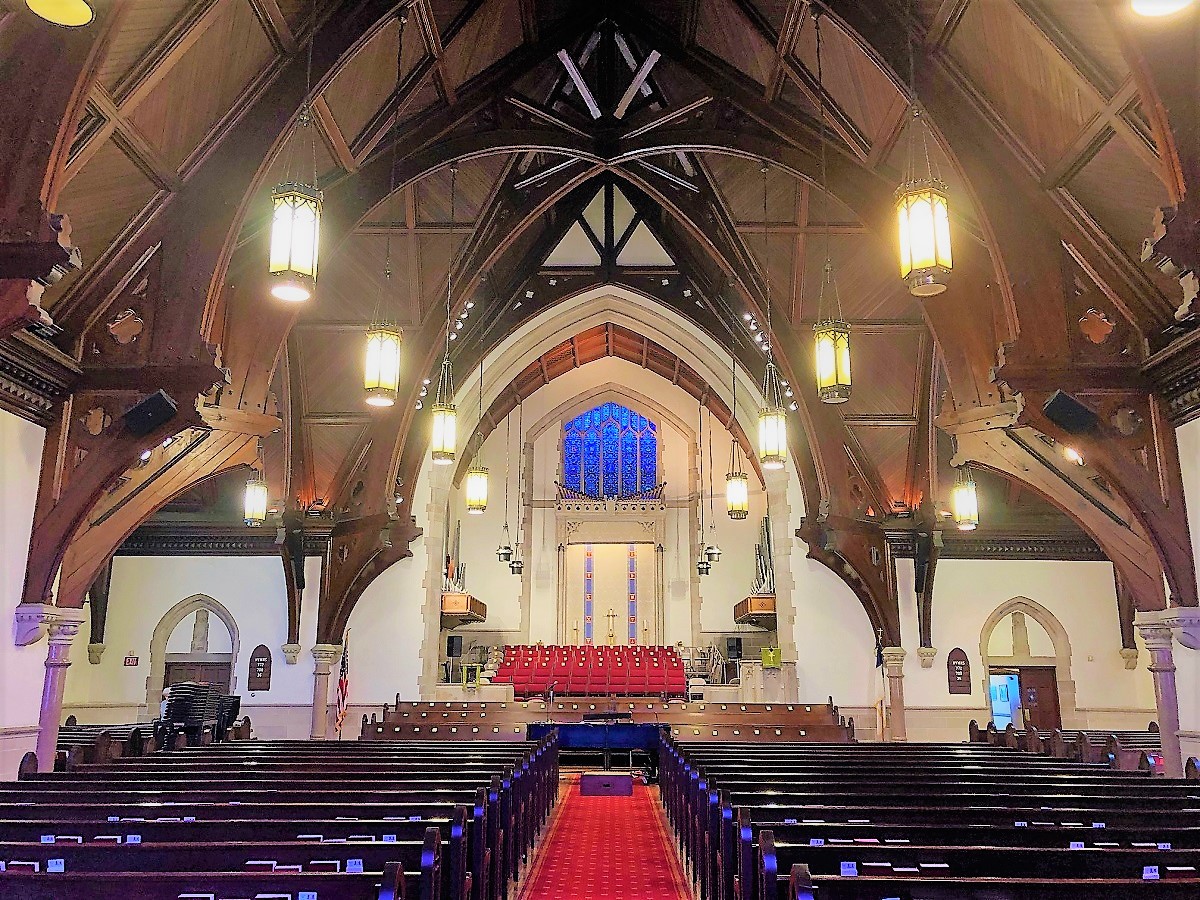 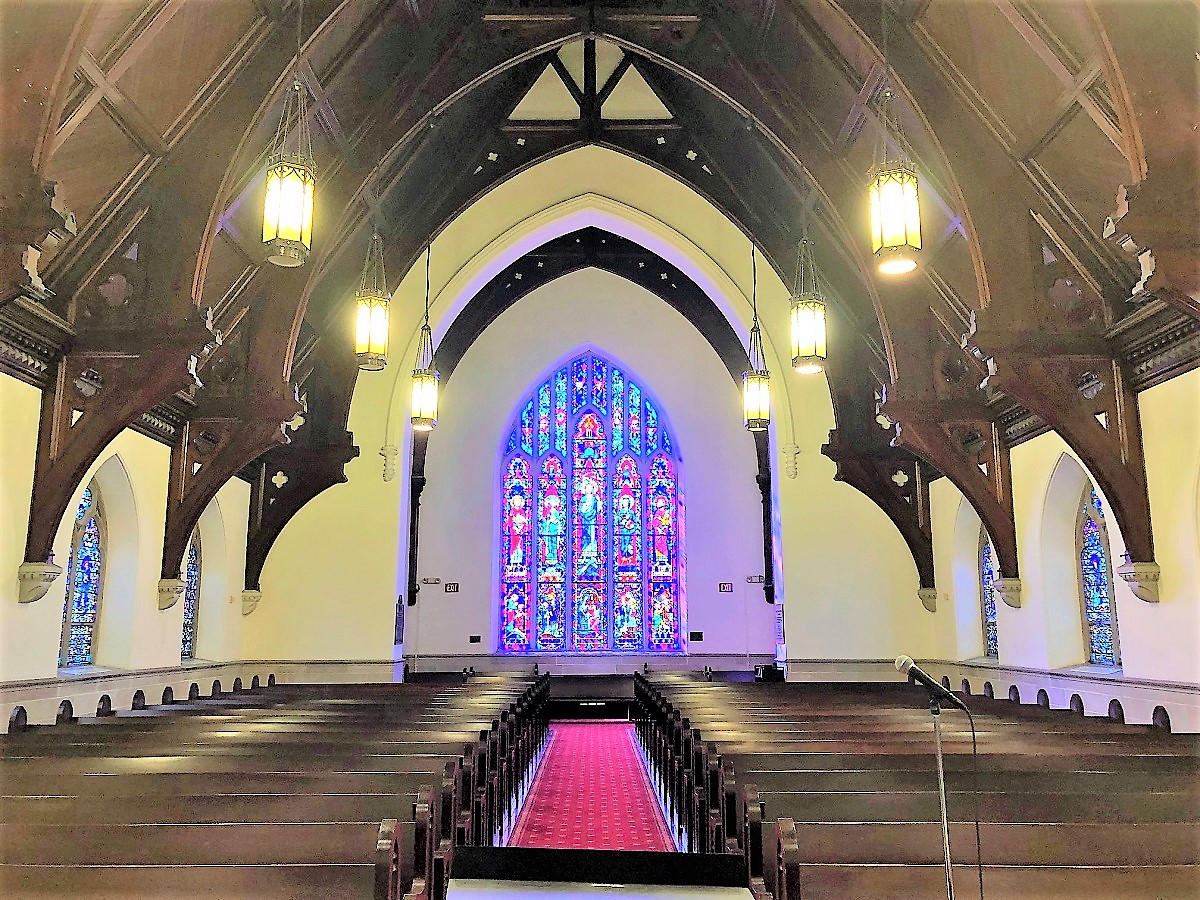 Sanctuary interior to rear: Photograph by Jeff Scofield. Taken on 2019-10-15

This instrument has been viewed 47 times.