We received the most recent update for this instrument's status from Database Manager on December 26, 2019.

All: We received the most recent update for this division from Database Manager on December 26, 2019.

Main: We received the most recent update for this console from Database Manager on December 26, 2019.

As the church was located in the theatre district, it became known as "The Protestant Actors' Chapel" and was host to many social events and programs for the benefit of actors. A theatre was located in the church attic, and in the basement was a restaurant. In 1920, a large sign was erected outside the church, through the efforts of the Rev. Dr. John G. Benson, pastor, who was a champion for actors. Measuring twenty feet high, the sign was surmounted by a cross six feet tall and four feet broad that was illuminated by white nitrogen lamps. Under the cross were intertwined the American flag and church flag, and in the middle, large gold letters proclaimed, "Union Church Social Centre Always Open." During the Depression, unemployed actors were fed in the church's social centre.

It has not been determined when the church ceased to exist, but the building was purchased in 1948 by Eugene and Celestine Leone, owners of Leone's restaurant next door at 239 West Forty-eighth Street, who wished to expand their restaurant. "Mama Leone's" restaurant—known for its Italian-American cuisine at moderate prices—was a familiar theatre-district destination for 90 years until it left the location in 1994.

For their new edifice, Union M.E. Church contracted with the Odell Company to build a two-manual organ. The organ contained "Odell Pneumatic Compensating Valves to be applied to Great, Swell, and Pedal Organs, thereby giving each pipe a full supply to wind, and an easy touch and quick response to the keys."

We received the most recent update for this note from Database Manager on December 26, 2019.

Stoplist from the NYC AGO New York City Organ Project: Open In New Tab
We received the most recent update for this stoplist from Database Manager on December 26, 2019. 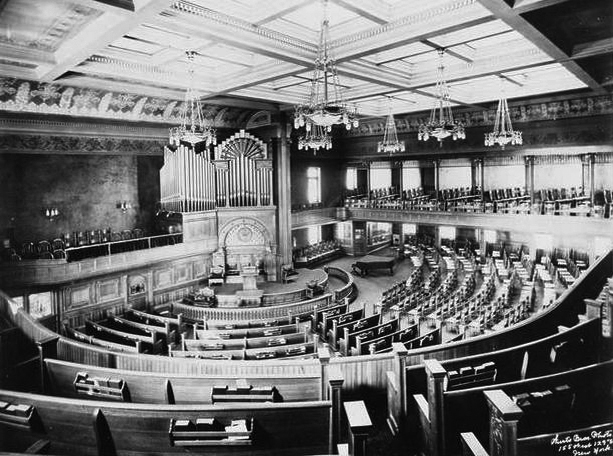 Sanctuary interior: Photograph from the NYC AGO Organ Project. 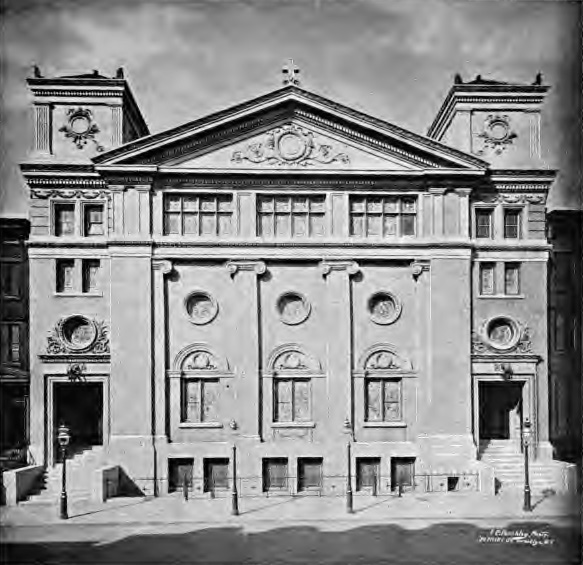 Church exterior: Photograph from the NYC AGO Organ Project.

This instrument has been viewed 18 times.