Exhibited in the 2018 OHS convention

We received the most recent update for this instrument's status from Database Manager on June 22, 2018.

All: We received the most recent update for this division from Database Manager on June 22, 2018.

Main: We received the most recent update for this console from Database Manager on June 22, 2018.

Updated through online information from Scot Huntington. -- The organ was dedicated by Edwin Lemare on Oct. 6, 1908, in spite of last minute sabotage inflicted on the instrument. The subject of ridicule by local musicians for many years, in 1929 the organ began to be broadcast over WHAM by the noted British cathedral organist Thomas Grierson, who had emigrated to Rochester â€“ broadcasts which continued until his retirement in 1947. The organ was rediscovered as an instrument capable of great beauty in the right hands, and the broadcasts of organ, choir and soloists were extremely popular.

The organ was altered slightly by the Wurlitzer Company in 1937 with the addition of Chimes, the possible alteration/revoicing of the Cornopean, and the enclosure of two unenclosed ranks â€“ work made possible by a substantial anonymous gift as a memorial to the church's chairwoman. The organ is the largest Hope-Jones instrument extant in the United States, and perhaps the most unaltered of his instruments remaining, in the world. It was nominated for an OHS Historic Organ Citation in 1994 in order to help stave off under-budgeted work by an unqualified builder. However, before the plaque could be presented, the builder proceeded with the project which so severely compromised the organ that the plaque was never presented.

In recent years, restorative repairs have been made as funds permit, and the OHS Citation is still active, with a formal presentation pending a return of this historic instrument to a condition commensurate with its historic status.

from OHS 2018 Convention Handbook and Scot Huntington: Open In New Tab Typed Specification
We received the most recent update for this stoplist from Database Manager on December 18, 2018. 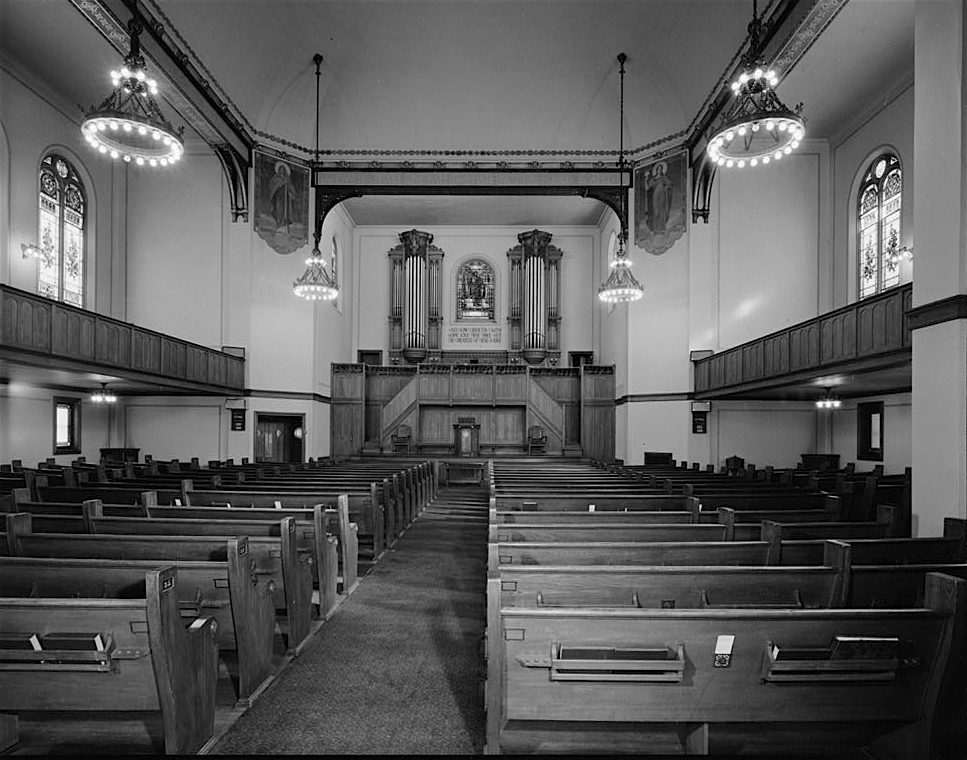 Church Interior, Chancel, and Pipe Facades: Photograph by Paul L. and Sally L. Gordon; image courtesy of the Library of Congress. Taken on 1966-10-23

This instrument has been viewed 320 times.