We received the most recent update for this instrument's status from Jim Stettner on June 24, 2020.

Updated via email from Kevin Vogt on June 24, 2020, -- *"The organ was built new 1984 for Dana College in Blair, NE. by Jan van Daalen of Minneapolis. As I understand it, Van Daalen had a business interest in Pels & van Leeuwen from around 1970 or so when he and Rochus van Rumpt (the grandfather of the Rochus van Rumpt in charge of the current iteration of the company) resurrected the old Pels firm. The organ was really built by Pels & van Leeuwen (as their Opus 885) but under the name of Jan van Daalen who contracted the organ in the States. < snip >

The organ was relocated to St. Michael the Archangel in Leawood, KS, on June 16-17, 2020, by Mark Pichowicz of Markus Organs, Winchester, Virginia, but nothing was done to the organ other than move it, and it still bears the Jan van Daalen name plate."

We received the most recent update for this note from Jim Stettner on June 24, 2020.

Taken from the Console: Open In New Tab
We received the most recent update for this stoplist from Kevin Vogt on June 25, 2020. 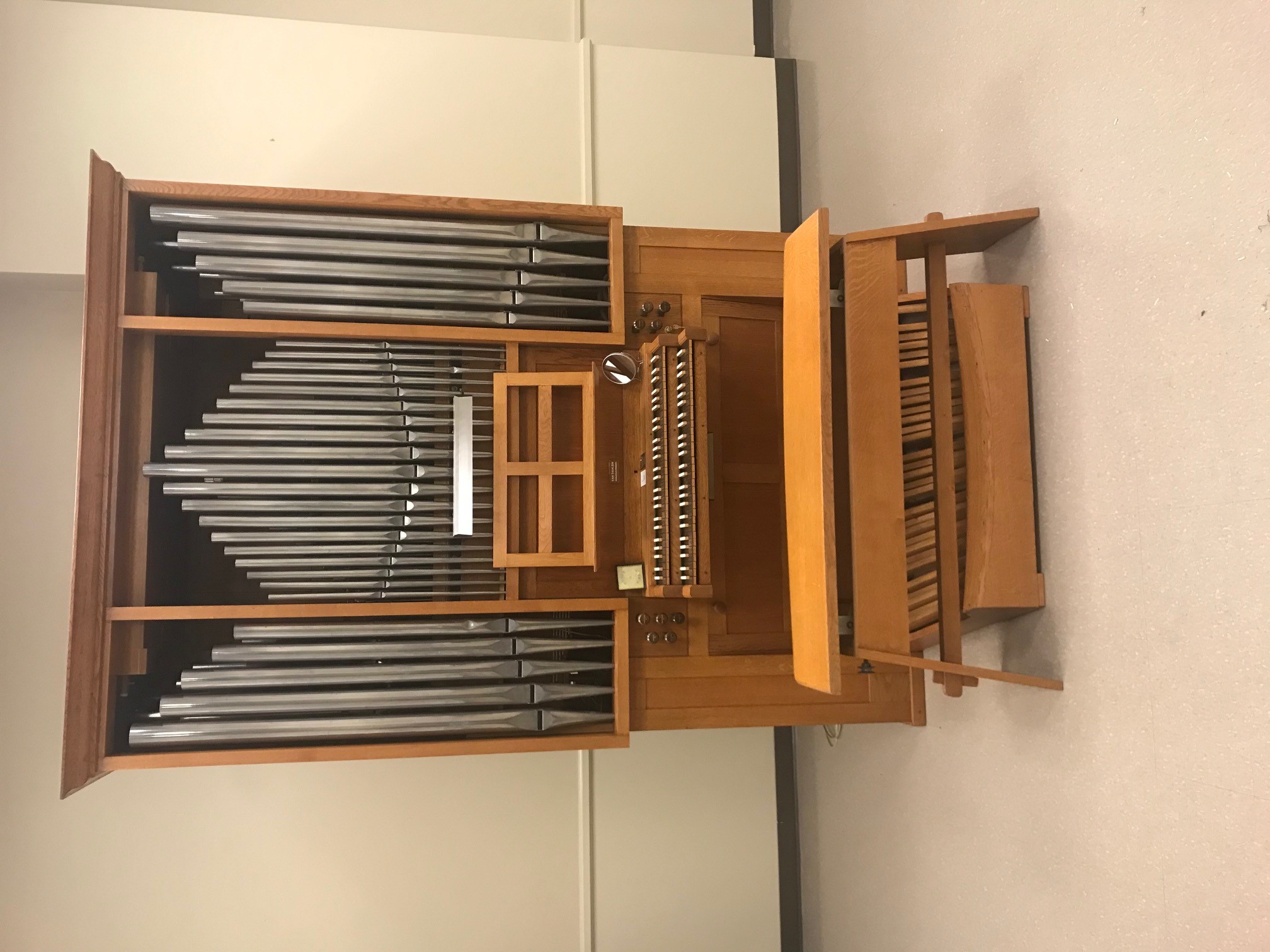 This instrument has been viewed 437 times.