We received the most recent update for this instrument's status from Jeff Scofield on November 24, 2020.

Great, Swell, Choir and Pedal: We received the most recent update for this division from Jeff Scofield on November 24, 2020.

Main: We received the most recent update for this console from Jeff Scofield on November 24, 2020.

After only thirteen years on Lenox Road, the congregation commissioned Mayers, Murray & Phillip of B. G. Goodhue Associates to design a new edifice on Ditmas Avenue between 21st and 22nd Streets. The neo-Gothic building was octagonal in shape and featured a pyramidal copper roof surmounted by a cupola. The completed church was dedicated on February 10, 1929. In 1973, the congregation merged with the Flatbush Presbyterian Church, located nearby at 494 East 23rd Street near Foster Avenue. The combined congregations are known today as the Flatbush Church of the Redeemer, using the Flatbush building. The Redeemer building was eventually demolished.

For their new building on Ditmas Avenue, the congregation commissioned the Aeolian-Votey Company to move and rebuild the 1896 Müller & Abel organ from the old church. In the factory specifications, Aeolian-Votey states that they would provide "an entirely new (3-manual and pedal) console of the most modern type, the dimensions confirming to the A.G.O. and N.A.O. requirements. Stops controlled by means of Draw Knobs and tilting tablets, with combinations adjustable at the keyboard and visibly affecting the registers." The company rebuilt the Swell, Choir and Great chests with electro-pneumatic action, extending those of the Swell and Choir to 73 notes. All of the old pipes were brought to the factory for revoicing and repairing, retaining the resonators and parts of old pipes where they were usable. The reed stops were replaced with new pipes, and a Cornopean was added to the Swell where there had been none before. The Swell Spitzflöte was replaced with a Voix Celeste. Aeolian-Votey also raised the pitch to standard "Philharmonic A-440; C-523.3" and raised the pressure to 5" throughout. Archer Gibson dedicated the organ on February 12, 1929.

We received the most recent update for this note from Jeff Scofield on November 24, 2020.

Larry Trupiano via the NYC AGO NYC Organ Project: Open In New Tab
We received the most recent update for this stoplist from Jeff Scofield on November 24, 2020. 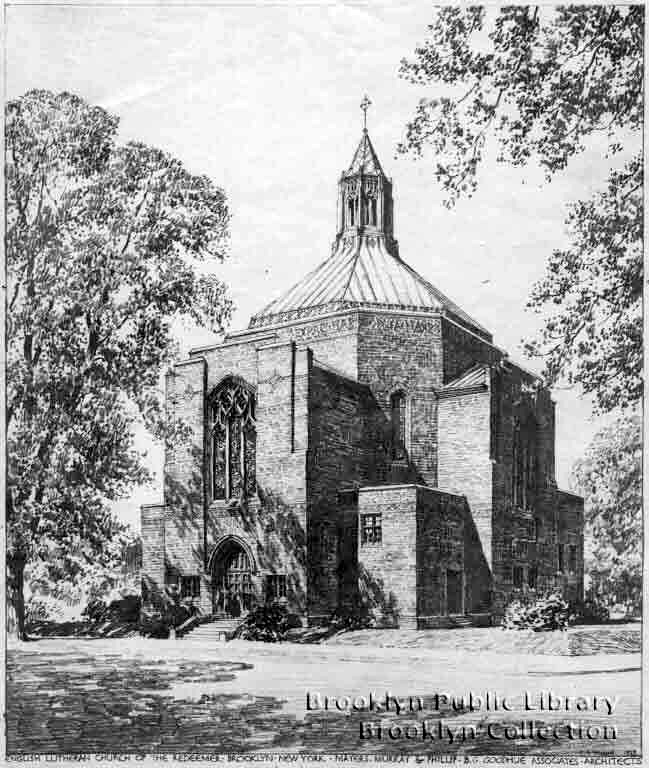 This instrument has been viewed 46 times.