Exhibited in the 1980 OHS convention

We received the most recent update for this instrument's status from Jim Stettner on August 30, 2021.

All: We received the most recent update for this division from Paul R. Marchesano on August 23, 2021.

Keydesk: We received the most recent update for this console from Paul R. Marchesano on August 23, 2021.

This organ was purchased in 1869 by Fr. James O'Connor, and dedicated with a concert 28 December of that year, in the parish's former building, an 1851 frame church which stood across the street from the present church building, constructed in 1895-6. The Farmer's Review for 20 June 1896 reports the moving of the organ into the new church. It is possible that the organ was new in .1869, but the key compass and other construction practices suggest a c. 1860 ( or perhaps even earlier) instrument. Interior evidence strongly suggests Garrett House of Buffalo as the original builder.

The instrument is free-standing in the rear gallery of the church, with the sides of the case angled to make the width greater at the rear. The original key compass was 54 notes, cleverly extended with a 2-note "chestlet" which, having neither slider nor ventil, is permanently on. The two pipes are open metal flues. Where the Dulciana originally stood are now located the original chest and most manual pipes appear to date from ca. 1860 and seem to be of New York state manufacture; the Pedal chest and pipes are later. The bottom four notes of the manual chest have double pallets. The manual pipes have been repitched (and thus rescaled). A different stop, probably a TC 8' Viola di Gamba, was originally on the 4' Flute toeboard, which is at the rear of the chest.

The projecting keydesk has terraced jambs and oblique knobs which are lettered in Old English, on round shanks. The rectangular nameplate, once located on the fall-board over the manual keys, is missing. The 25-note, flat pedal clavier has unusually short keys and controls two chests: a bass chest at the rear, and a treble chest at the right side. -- 1980 OHS Handbook

We received the most recent update for this note from Paul R. Marchesano on August 23, 2021.

1980 OHS Handbook: Open In New Tab Originally published 1980
We received the most recent update for this stoplist from Paul R. Marchesano on August 23, 2021. 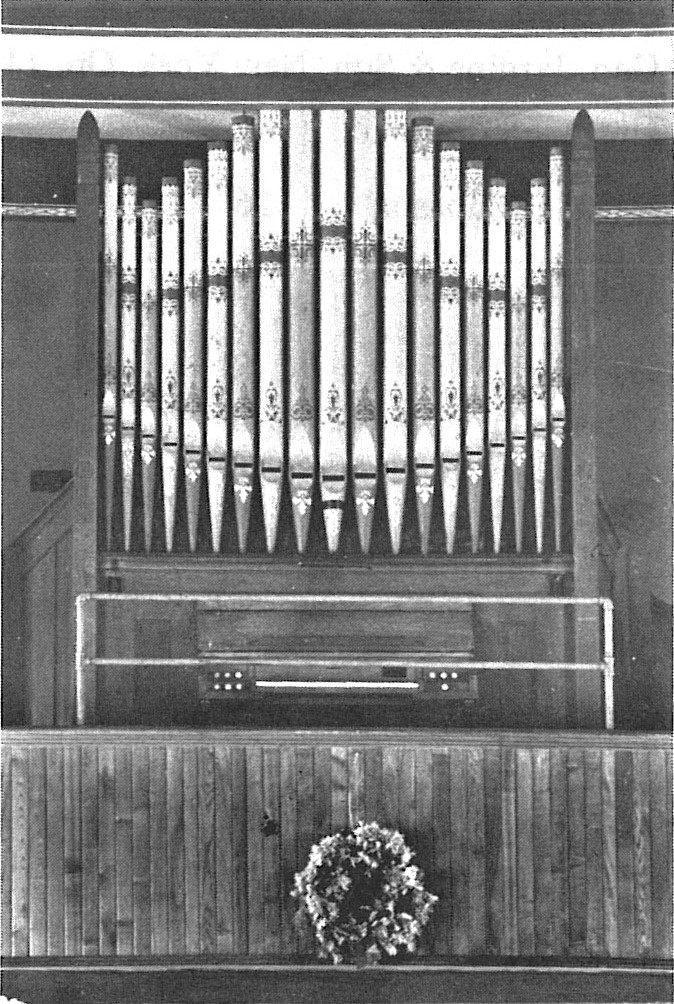 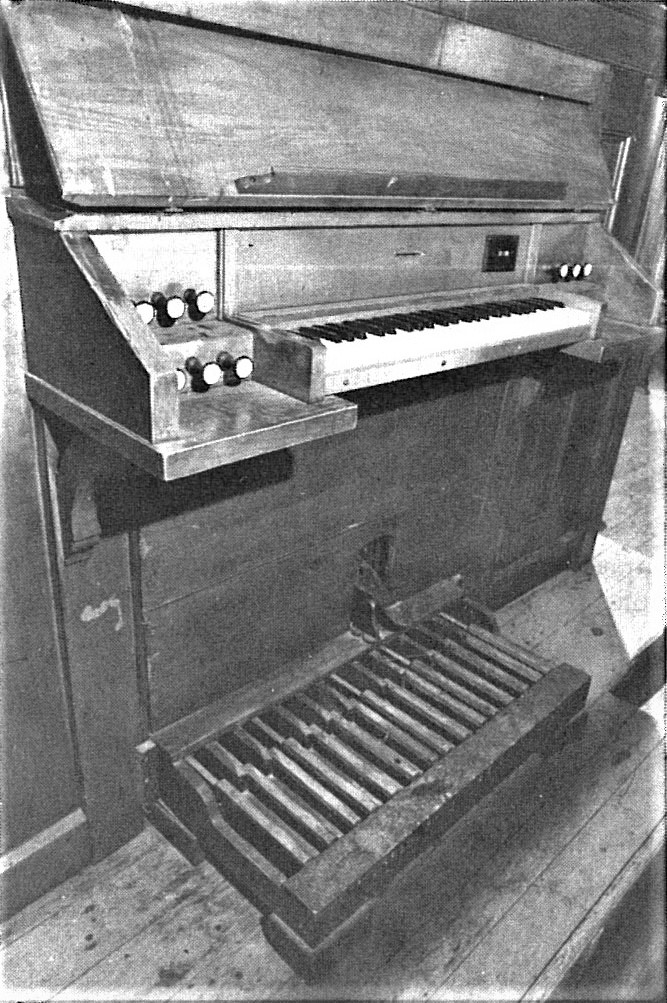 This instrument has been viewed 109 times.