We received the most recent update for this instrument's status from Paul R. Marchesano on October 08, 2021.

Relocated by Don VerKuilen in 2020 to Acme Organ Institute, restored 2020-2021 by Ed Bruenjes with Seamus Gethicker.

At some point after the organ's original installation (within a year or so), a 32' Cornet was added to the Pedal, derived from the Swell 16' Spizflöte, using the pitches 10-2/3', 6-2/5', 4-4/7' and 3-5/9'. At some point later, the 3-5/9' was removed from the wiring, so that it is now 10-2/3', 6-2/5', and 4-4/7'. These pitches carry through the entire pedal compass. The original Positiv 8' Gedeckt was removed, and substituted for it was the original 4' Koppelflöte with an 8' wooden bass from an unknown source. In place of the Positiv 4' Koppelflöte was substituted a stopped metal rank, believed to have come from one of the earlier studio instruments (either by Kuhn or Rieger) which existed in the old music facilities on central campus, and which were later sold or dispersed. At some point, a Zimbelstern was added, controlled by a revsersible toe stud.

The Positiv Sifflöte 1' is a 12-pipe extension of the 2' Blockflöte, and is not independent. The Pedal 8' and 4' Gedeckt are both extended from the 16' Subbass and are not derived from the Positiv Gedeckt.

We received the most recent update for this note from Paul R. Marchesano on October 08, 2021.

2021 Oktoberfest Program: Open In New Tab Originally published Oct 1, 2021
We received the most recent update for this stoplist from Paul R. Marchesano on October 08, 2021. 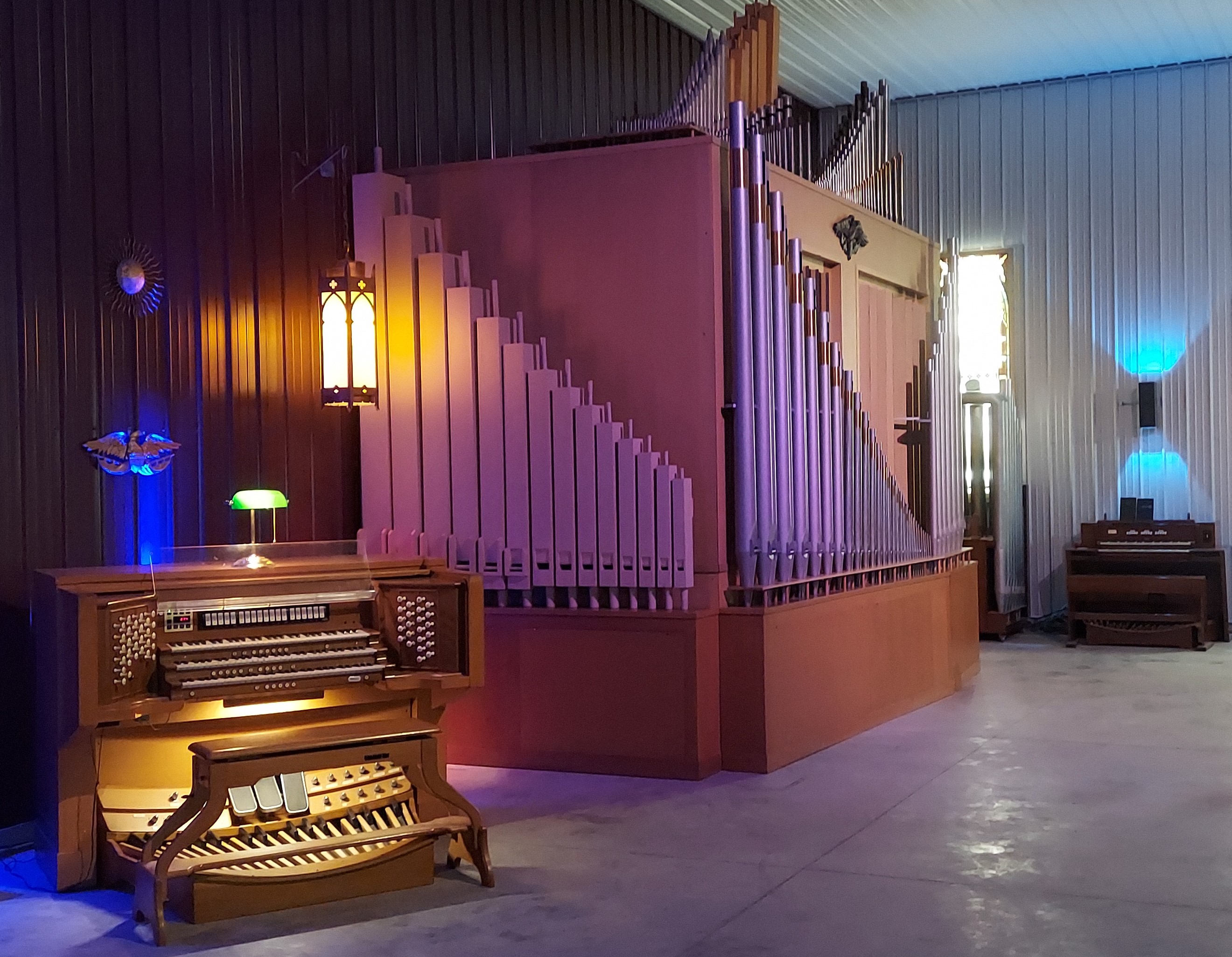 Organ and console in Barn Hall: Photograph by Paul R Marchesano. Taken on 2021-09-29 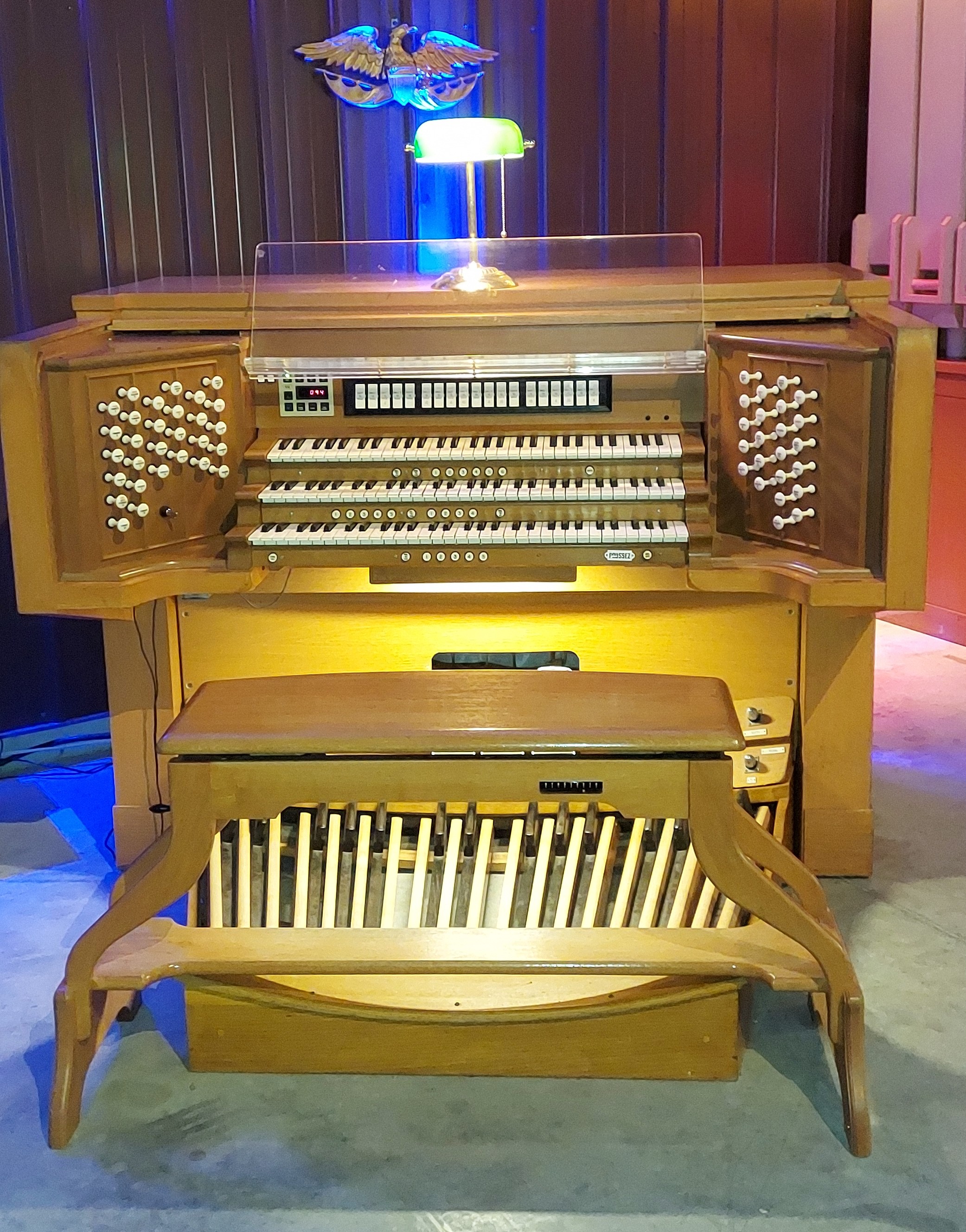 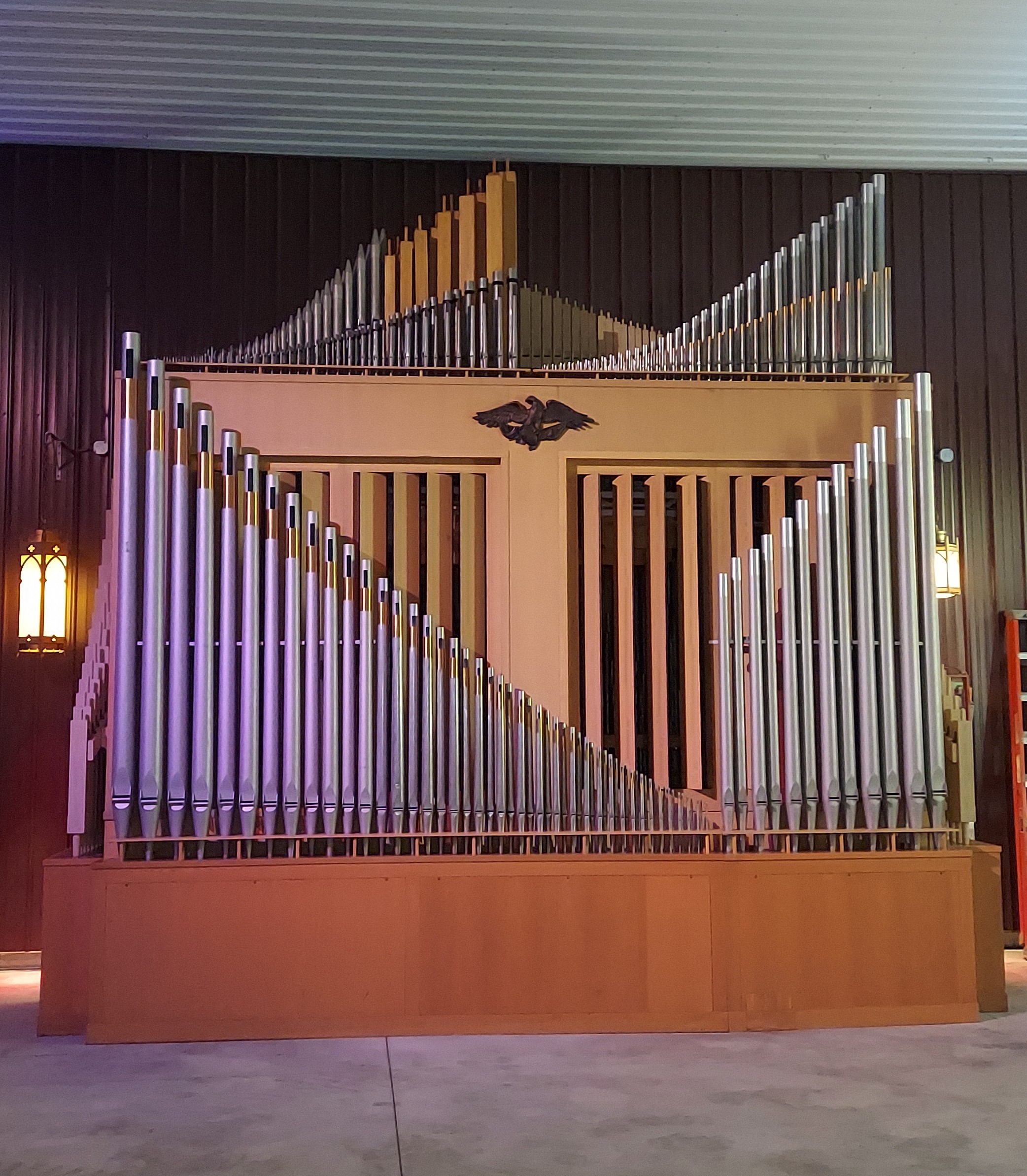 This instrument has been viewed 53 times.