We received the most recent update for this instrument's status from Jeff Scofield on February 18, 2022.

Main: We received the most recent update for this console from Jeff Scofield on February 18, 2022.

At the time of my visit on February 14, 2022, there was a large 3-manual digital organ in the front of the church; there was no builder plate on the console. The senior minister, who was very kindly greeting visitors (and the historic church gets many throughout the day) along with a very helpful volunteer, indicated that the organ came from the Hawaii Symphony Orchestra about five years before; it is not connected in any way with the Aeolian-Skinner in the gallery, so the organist must gallop from one to the other if he wishes to switch instruments mid-service.

From the Aeolian-Skinner Archives: Established in 1820, Kawaiaha'o Church represents the beginning of modern Hawaii. The first thatched-roof church was dedicated in 1821, followed by a second and a third. Construction of the present large New England-style church was ordered by King Kamehameha III on land immediately next to the Royal Palace grounds. It was finished after seven years of labor, resulting in a large stone structure using coral reef rock hauled from Waikiki. Over 5,000 people attended the dedication service. The church reportedly boasts nearly 9 seconds of reverberation.

Known as the Church of the Royalty during the days of the monarchy, it is now commonly referred to as The State Church of Hawaii. The first constitutional convention was held in the church. Queen Liliuokalani, the last reigning monarch of the church, served as one of the church's organists.

The first organ was an 1867 Simmons and Co. instrument from Boston. It was replaced in 1937 by a Hillgreen, Lane & Co. organ, which, in turn, was replaced in 1961 by the Aeolian-Skinner. The organ was cleaned and restored by Meloni & Farrier 1999-2001 and the console upgraded at a later date by Richard Houghton.

We received the most recent update for this note from Jeff Scofield on February 18, 2022.
anthony meloni on January 26, 2022:

Meloni & Farrier restored the organ in 1999-2001. A console upgrade was added by Richard Houghton at a later date.

We received the most recent update for this note from anthony meloni on January 26, 2022.

Taken from the console Feb. 14, 2022, and the Aeolian-Skinner Archives: Open In New Tab
We received the most recent update for this stoplist from Jeff Scofield on February 19, 2022. 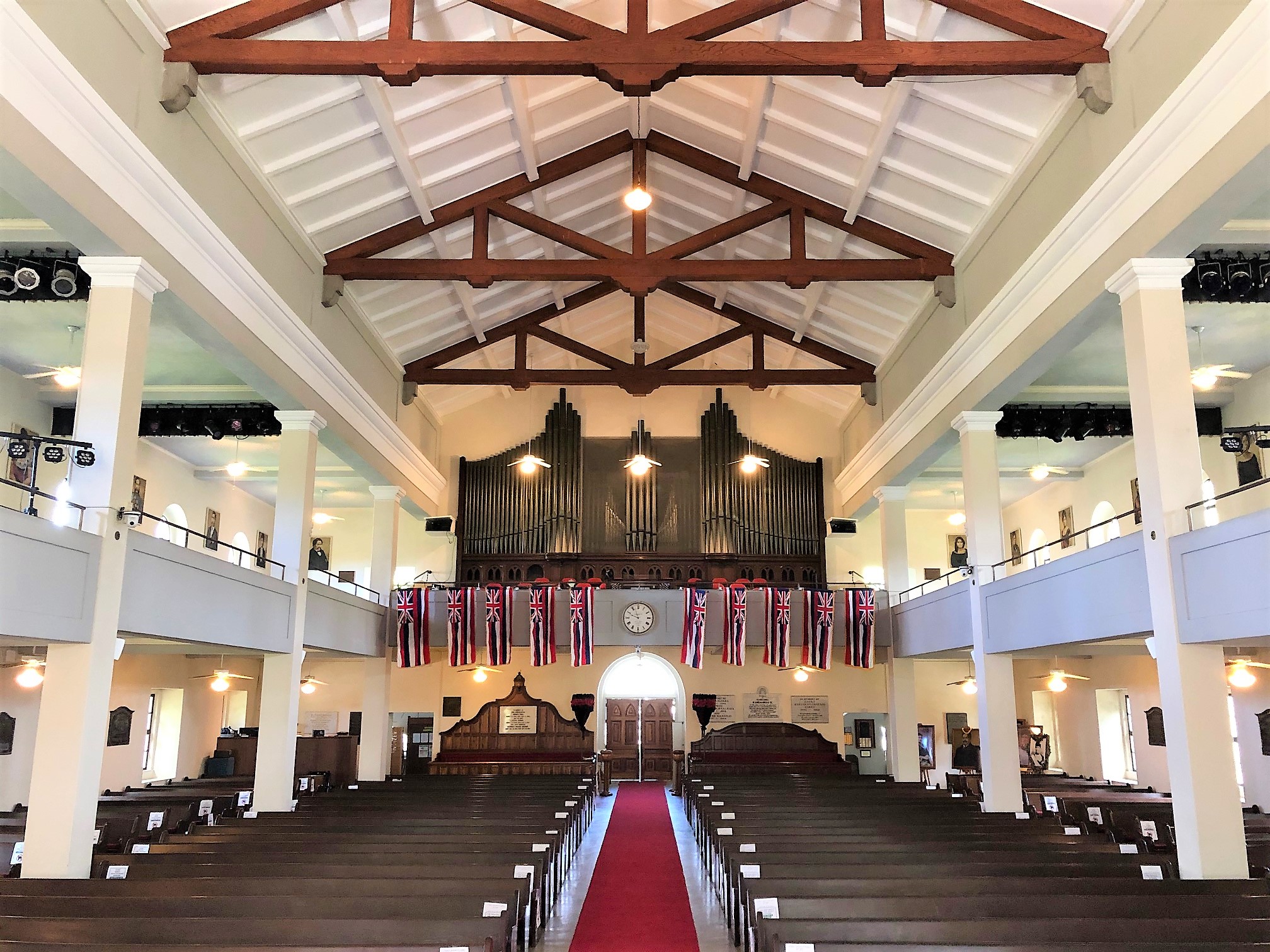 Church interior to rear and organ case: Photograph by Jeff Scofield. Taken on 2022-02-14 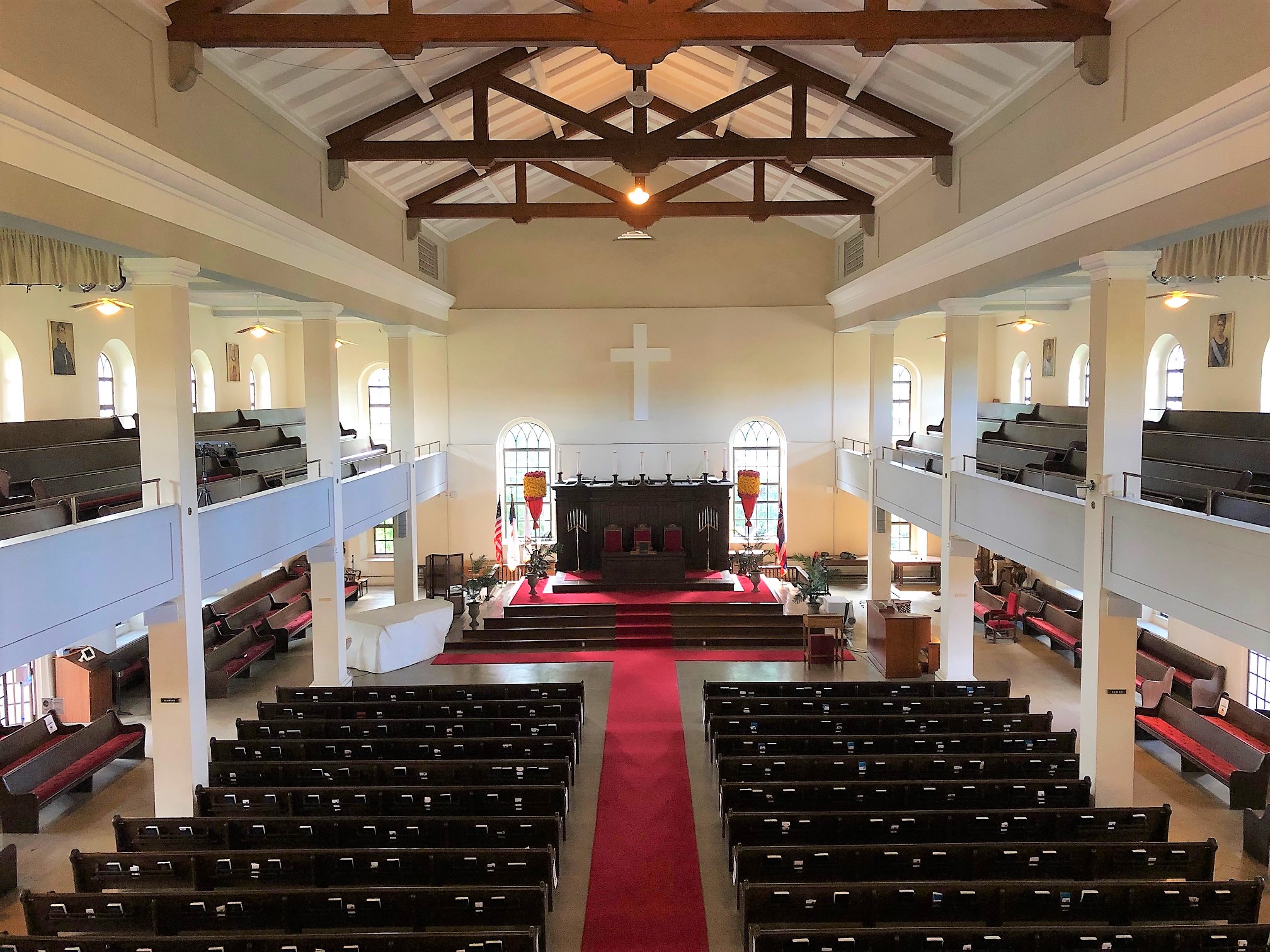 Church interior to front: Photograph by Jeff Scofield. Taken on 2022-02-14 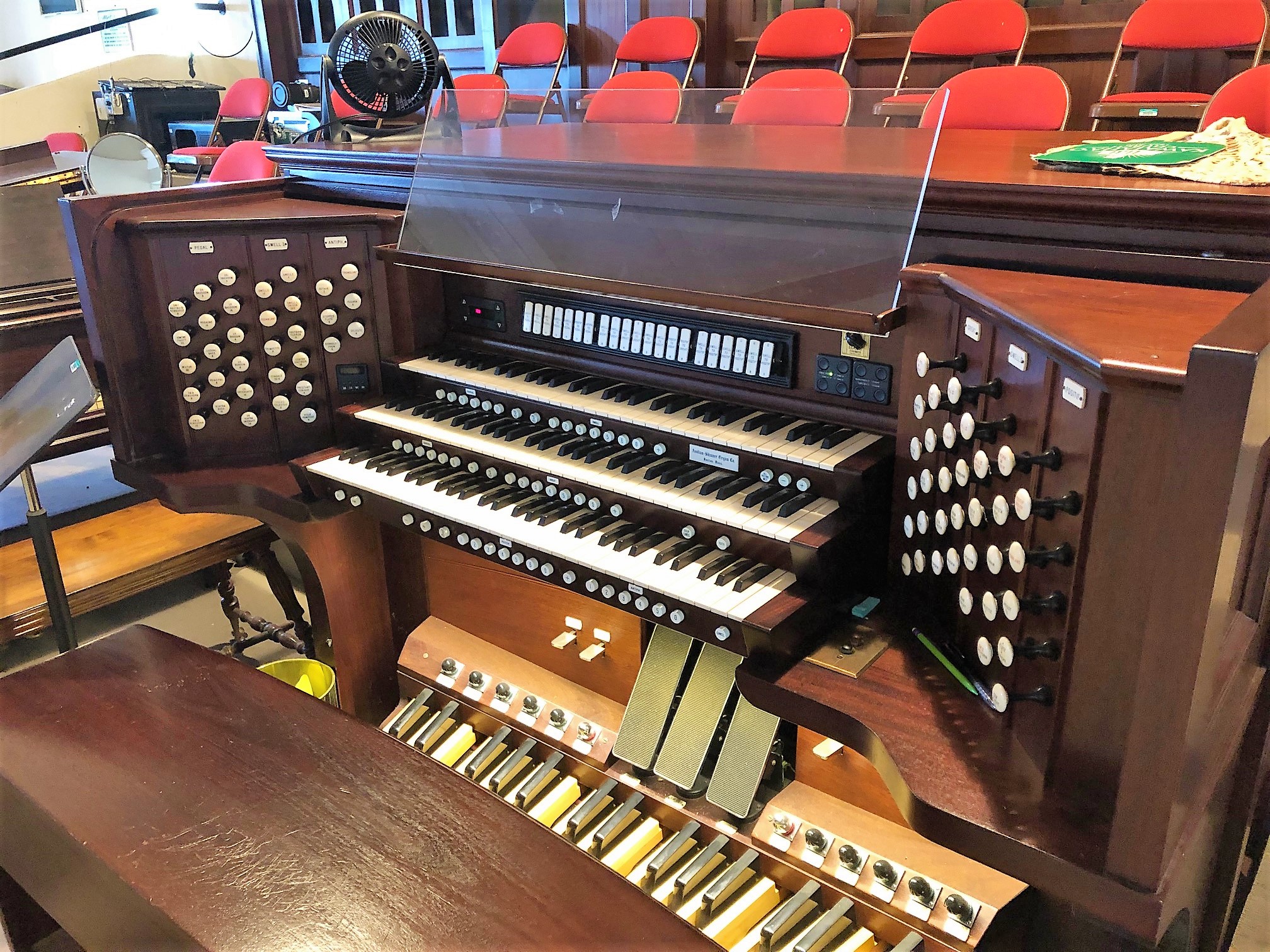 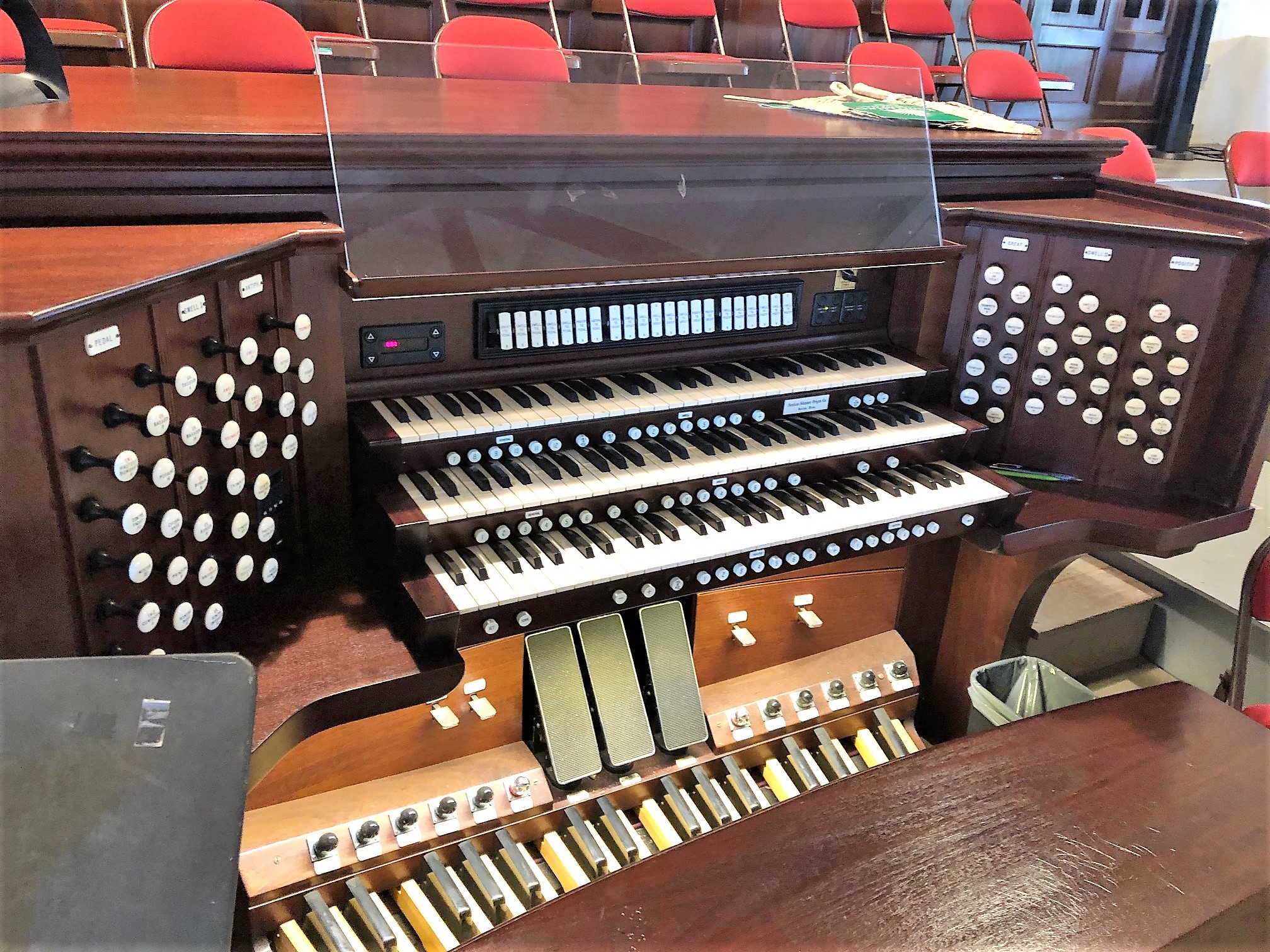 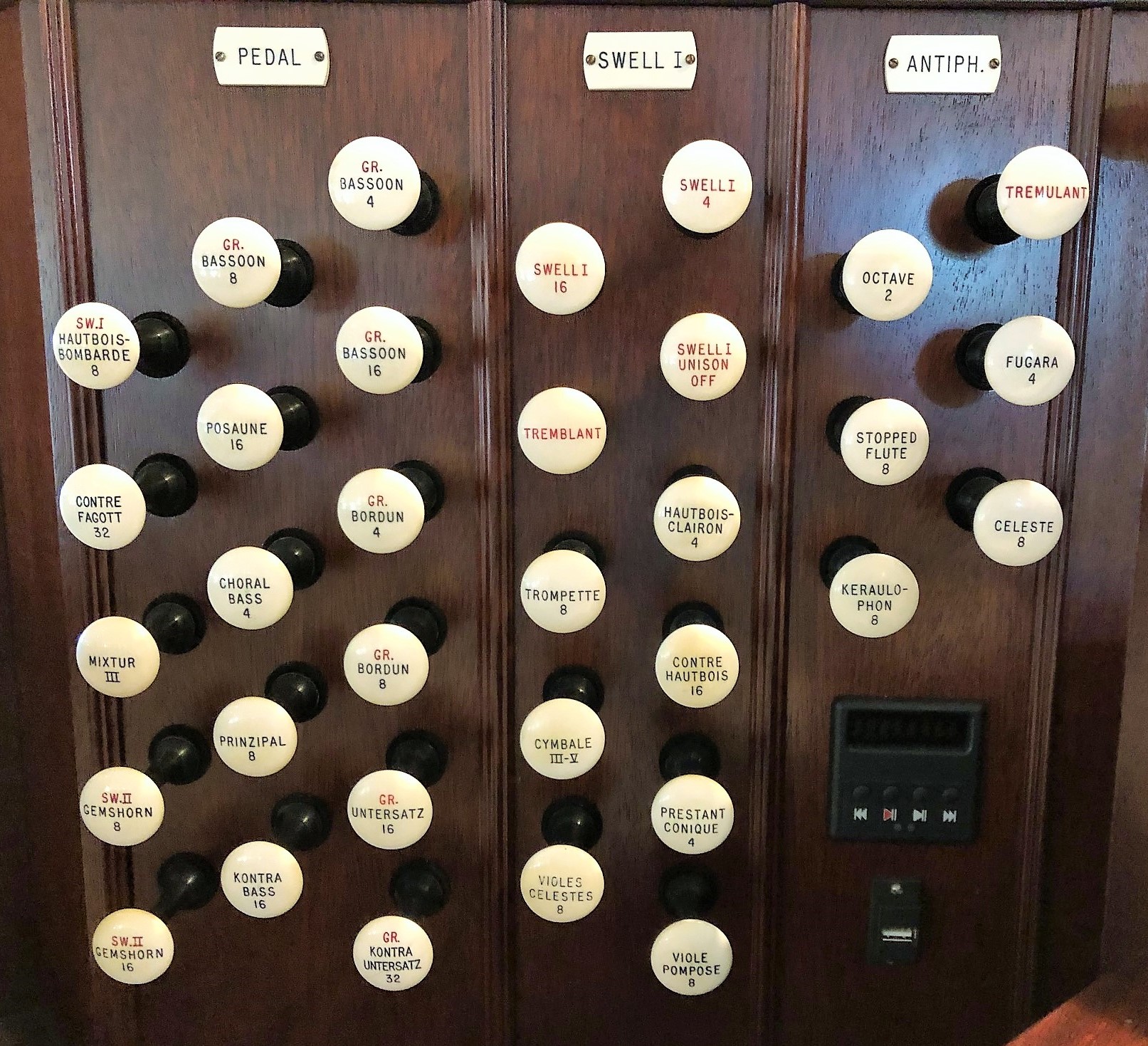 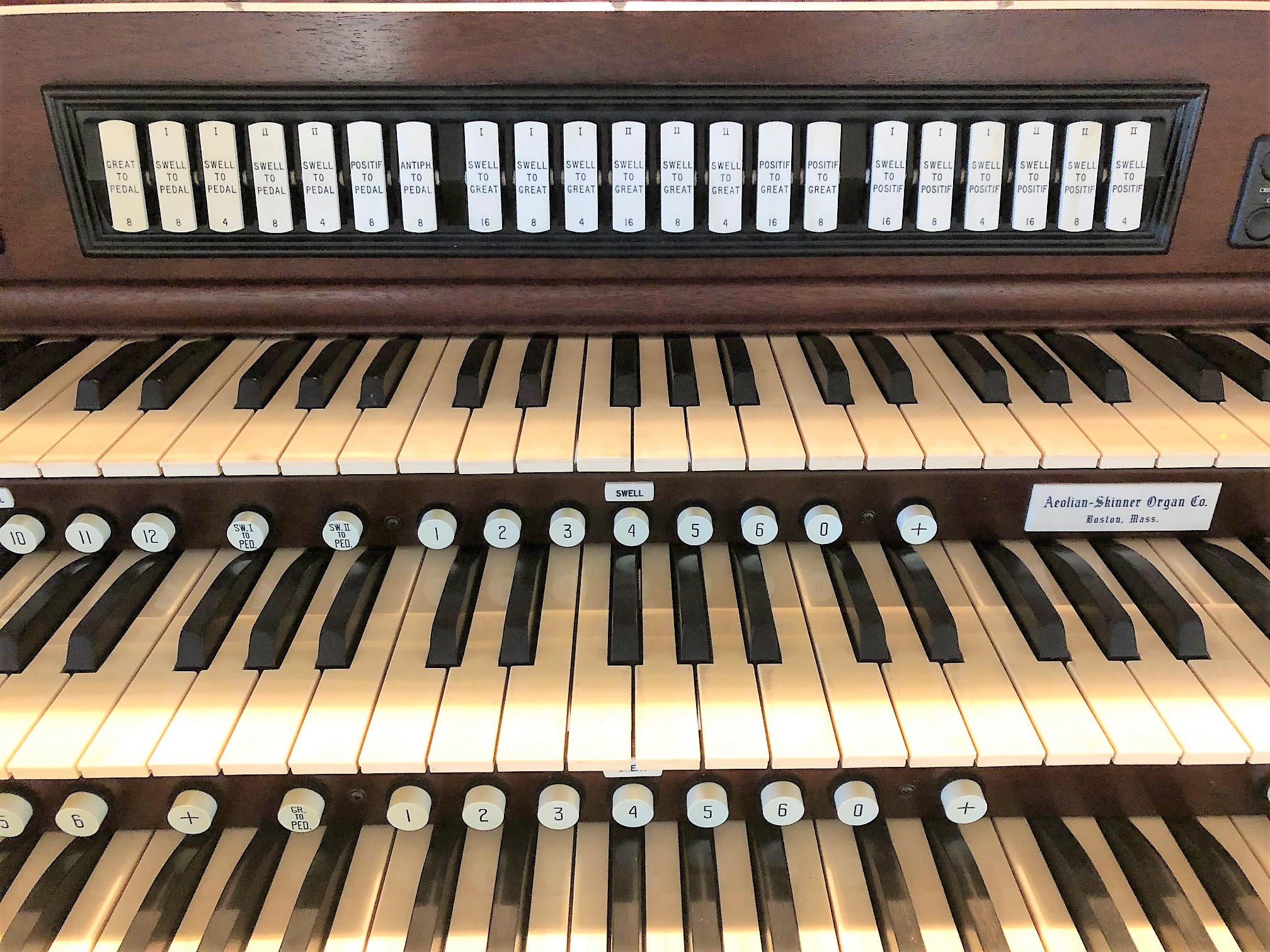 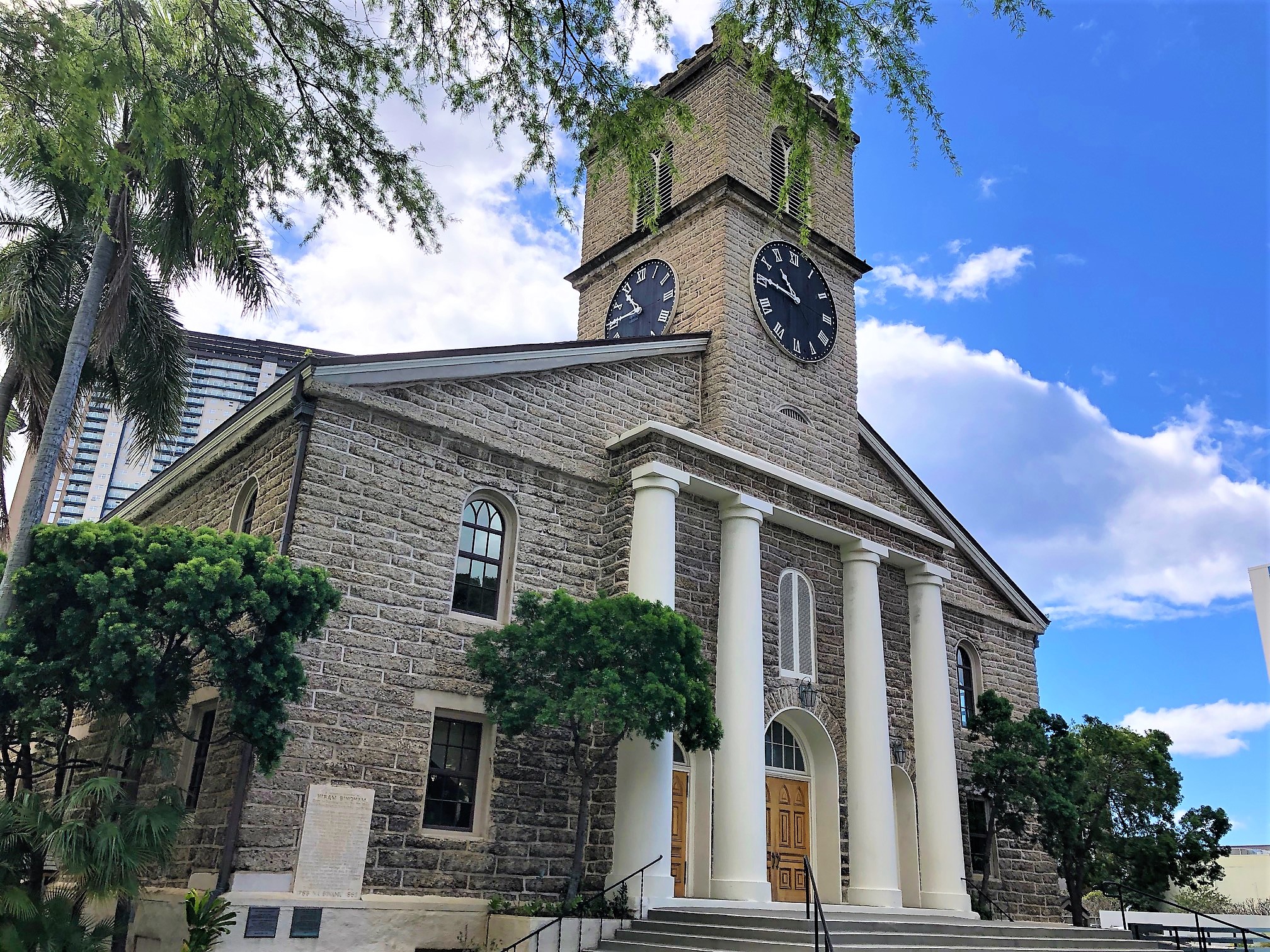 This instrument has been viewed 339 times.