We received the most recent update for this instrument's status from Chad Boorsma on July 15, 2020.

Updated through information from Unpublished Organ Research Notes of Dr. Stephen Schnurr; as edited by Joseph McCabe, 2008:
Much old pipework from the relocated and rebuilt Geo. H. Ryder organ of 1874 was reused with the vision it would be replaced later due to the war. This is important since they planned ahead for its eventual replacement when designing the organ. New low C pipes were provided where necessary to bring the pitch to A=440 Hz. A 10 horsepower and 1-1/2 horsepower Spencer Orgoblo blowers were provided. The detached English drawknob console had an oak case with black walnut interior. The specification was drawn by Stephen Stoot, Technical Director for Casavant. Behind the façade, the organ was arranged with the Choir and Swell in the center, surmounted by the Great and Solo, with the Pedal at either side. The pneumatic console, on 5-1/2â€? wind pressure, was hidden from view of Sunday congregation, though movable for viewing at recitals. Consultants for the project were Dr. Louis L. Balogh of Cleveland, Dr. William H. Barnes of Chicago (Evanston), and J. A. Hébert of Detroit. Installation was supervised by Messrs. J. G. Santoire and J. H. A. Chagnon of Casavant, with tonal finishing by Stoot. Two men from Casavant were to begin installation on January 4, 1943, and completion was targeted for Sunday, February 7.

Source not recorded: Open In New Tab Typed stoplist from Stephen Schnurr and Joe McCabe
We received the most recent update for this stoplist from Database Manager on April 09, 2020. 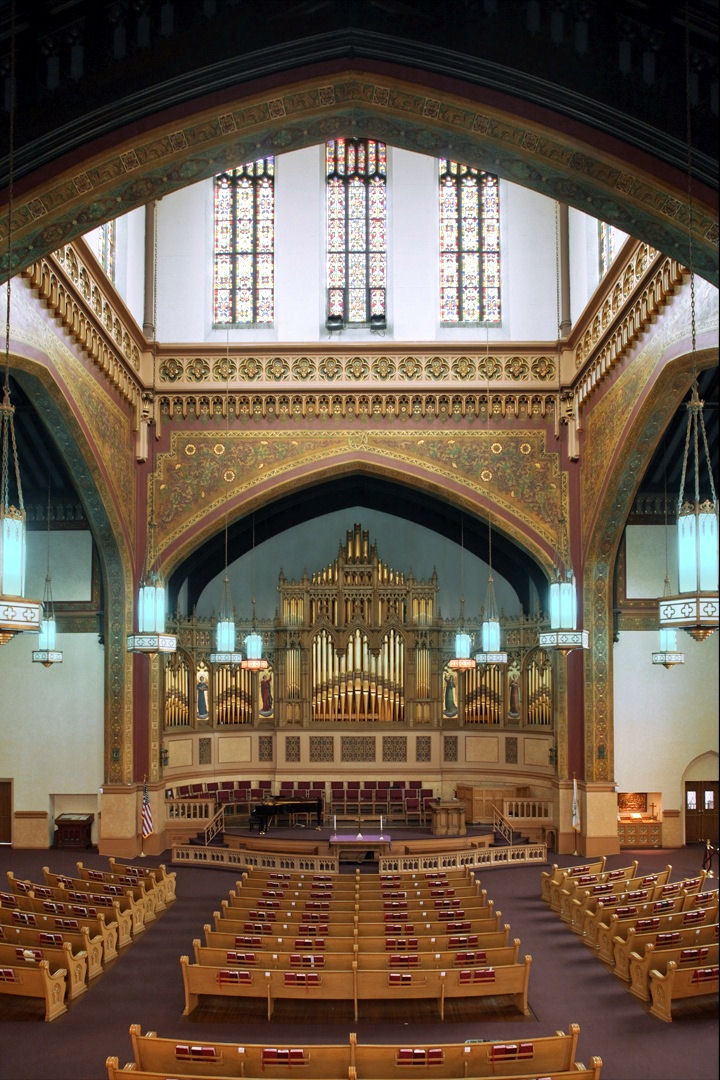 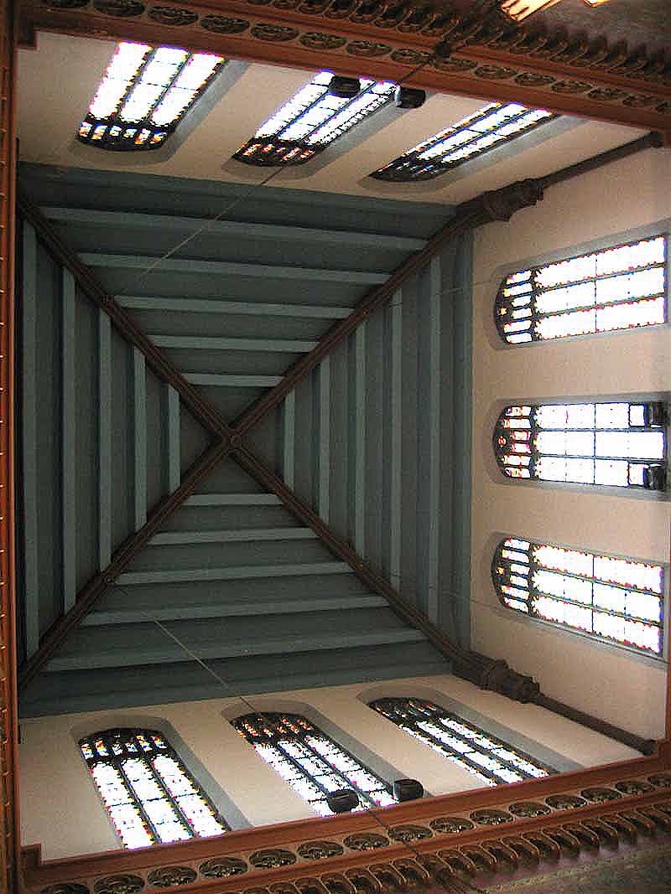 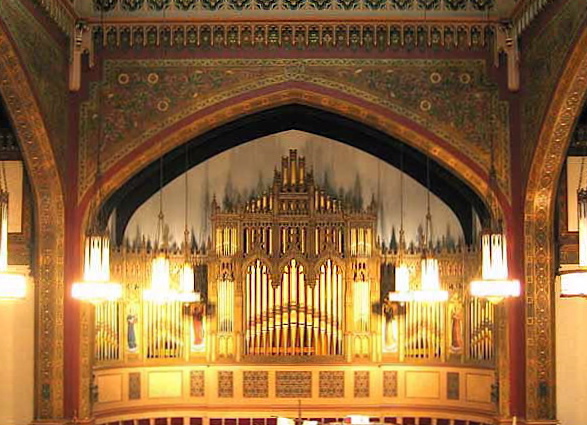 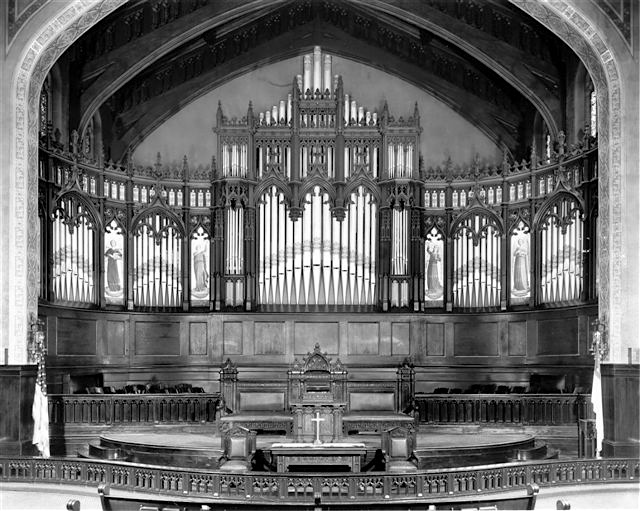 Chancel and Pipe Facade: Photograph courtesy of the Casavant Frères Archives. Taken on 1943-09-28 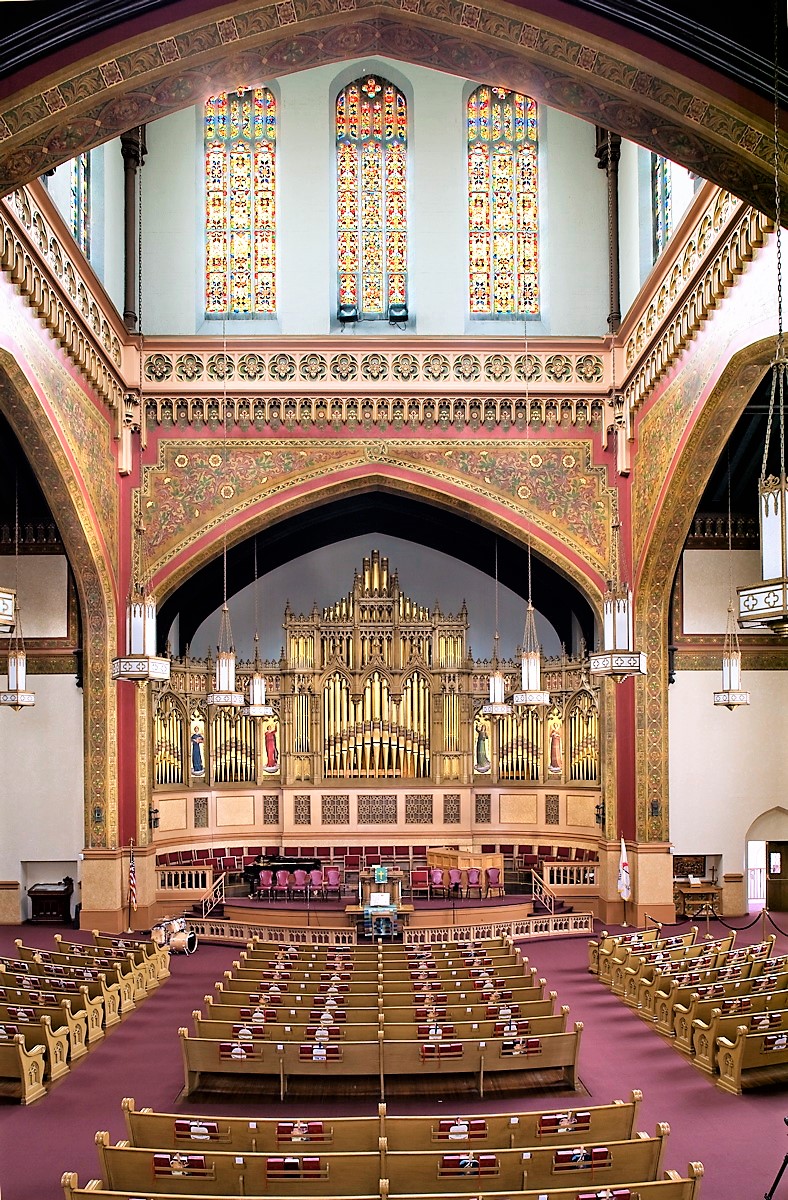 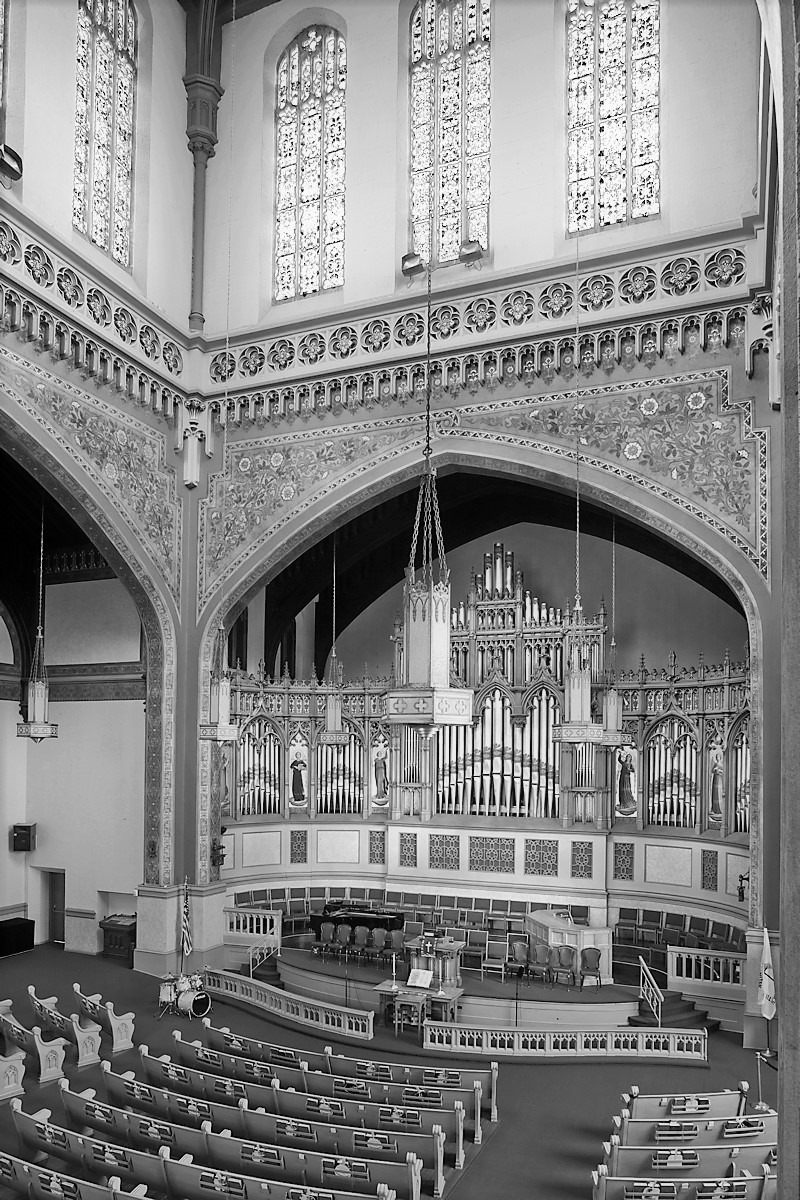 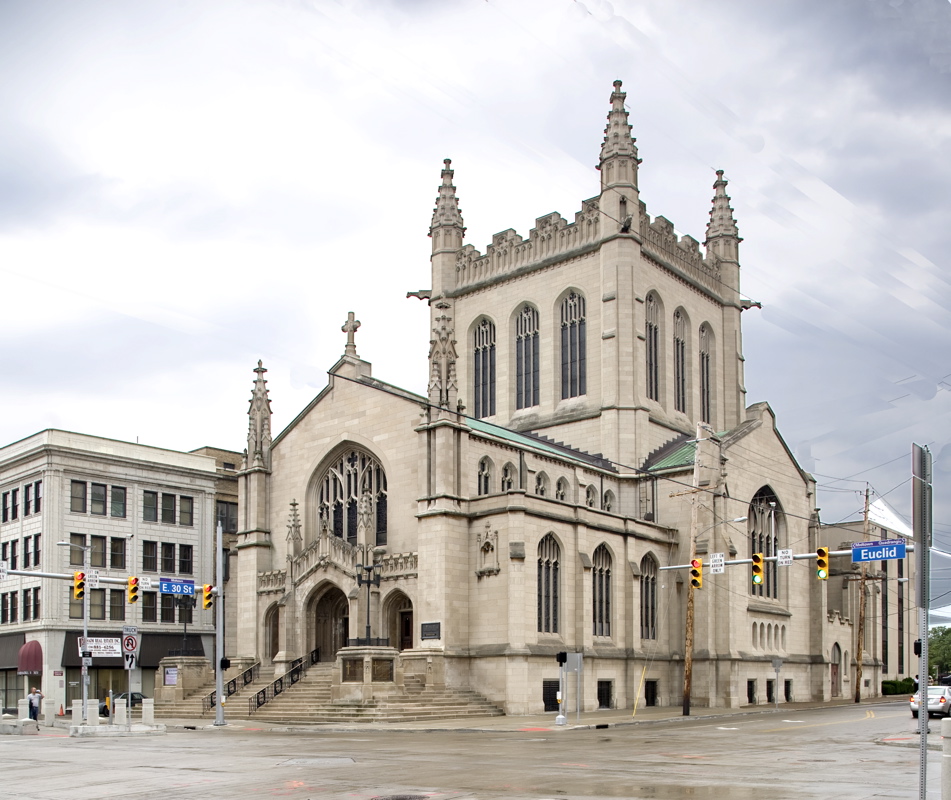 This instrument has been viewed 110 times.